Takashi Miike is a Japanese filmmaker best-known for extremely violent and controversial movies like Audition (1999) and Ichi the Killer (2001), which turned him into an international cult figure after DVD introduced his work to foreign audiences and helped launch the J-Horror craze. Terra Formars is a live-action adaptation of a popular manga series, written by Yū Sasuga and Michio Fukuda, illustrated by Michio Fukuda, launched in 2011. There have already been “original video animations” (OVAs) and a cartoon series based on it, but Miike’s movie is probably most people’s introduction to this curious property outside of Japan.

In the 21st-century, mankind began terraforming Mars by seeding the planet’s surface with sunlight-absorbing algae to purify the atmosphere ready for human colonisation, which was handily spread across the Red Planet by cockroaches. Half a millennia later, in the year 2599, a group of criminals are sent to Mars in a spaceship named BUGS 2, ostensibly to atone for their sins as pioneers of humanity’s colonisation effort, but, in reality, they realise the planet is now teeming with bipedal creatures. The “Terraformars” are evolved humanoid cockroaches with incredible speed and strength, which they’ve been sent to exterminate. And to help them eradicate these cockroach beings, the crew have been infused with insect DNA, endowing each of them with unique anthropoid abilities: fire belching (of the miidera beetle), super-strength (of a bullet ant), camouflage (like a rainbow stag beetle), high jumps and powerful kicks (like a desert locust), and even mind-manipulation (like an emerald cockroach wasp). 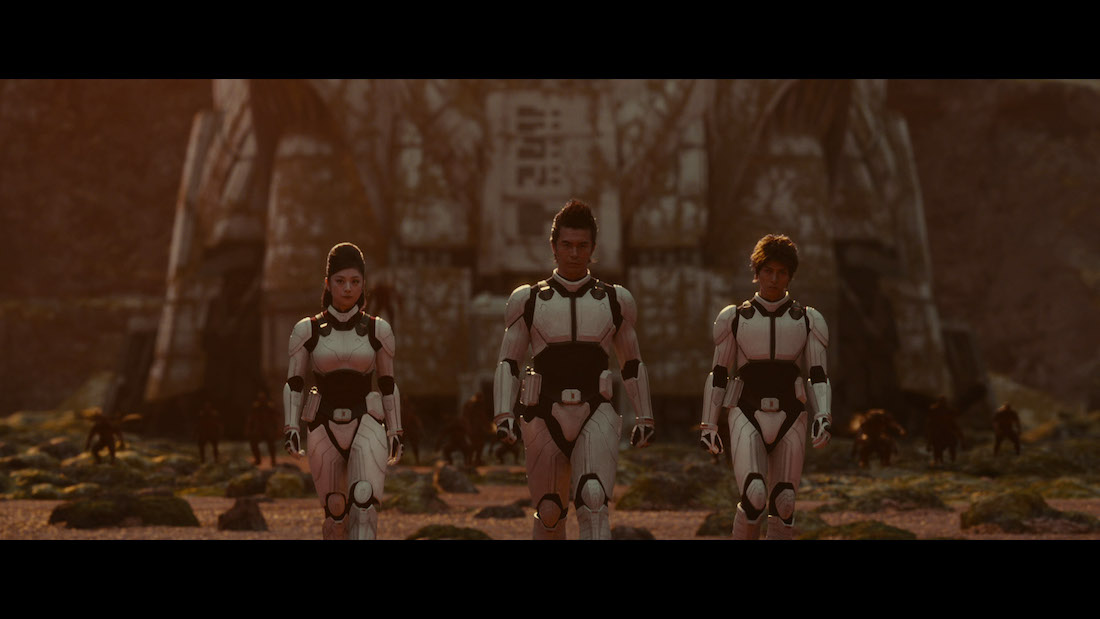 That’s a ludicrous concept! In a Hollywood movie, attempts would be made to make things more plausible and deal with the psychological toll on the poor crew, who are essentially dumped onto another world with untrustworthy strangers and told their only hope of survival is to transform into insectoid supermen to defeat hundreds of thousands of aliens that can’t be reasoned with. But while Terra Formars was co-produced by New Line Cinema, it was clearly designed for native Japanese audiences who don’t seem to care too much about anchoring the zaniness. Here, characters barely raise an eyebrow over what’s happening to them and willingly transform into bug-men with antennae, ready to fight thousands of gormless ‘Terraformars’—who are deadly, mute, and only interested in slaughtering interlopers.

Miike once said that Paul Verhoeven’s Starship Troopers (1997) is his favourite movie, so it’s easy to see why Terra Formars appealed to him. It has a similar idea to Robert Heinlein’s 1959 novel Verhoeven adapted to suit his own tastes, albeit infused with Japanese interests in bodily transformations and bone-crunching martial arts. I’m surprised there wasn’t a kaiju beetle for the finale. But there isn’t much satire or cleverness to the script, beyond suggesting that big corporations do awful things in secret and view people as expendable pawns in a quest for global domination and profit. 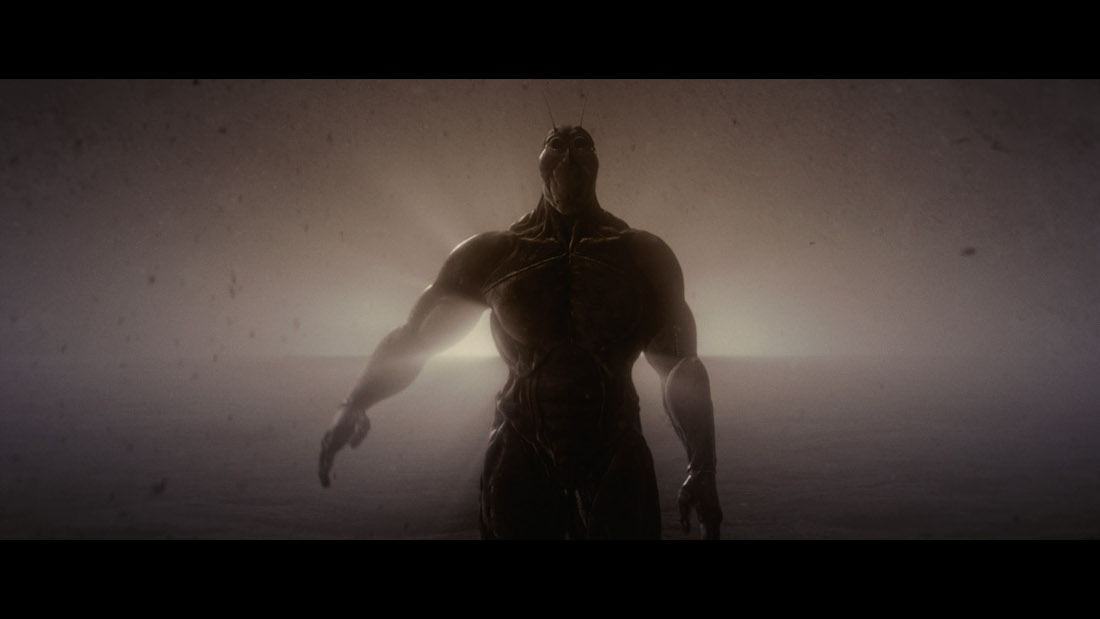 The frustrating thing with Terra Formars is how it gets stuck in a rut with oddly static set-pieces, as the entire story only inches forward to allow each crewman to transform into an insect hybrid and go into battle, only to fail rather ignominiously, leading to the next sucker to transform and try again with a different skillset. The tone is also difficult to pin down, as things start relatively seriously with nods to Blade Runner (1982) before we’re dropped into a campy Starship Troopers rip-off that doesn’t know whether to make things wild and vicious or acknowledge the weirdness and humour baked into its concept. Miike opts to indulge his every impulse, so the movie bounces around between po-faced seriousness (despite such comical elements) and moments where it embraces the stupidity. 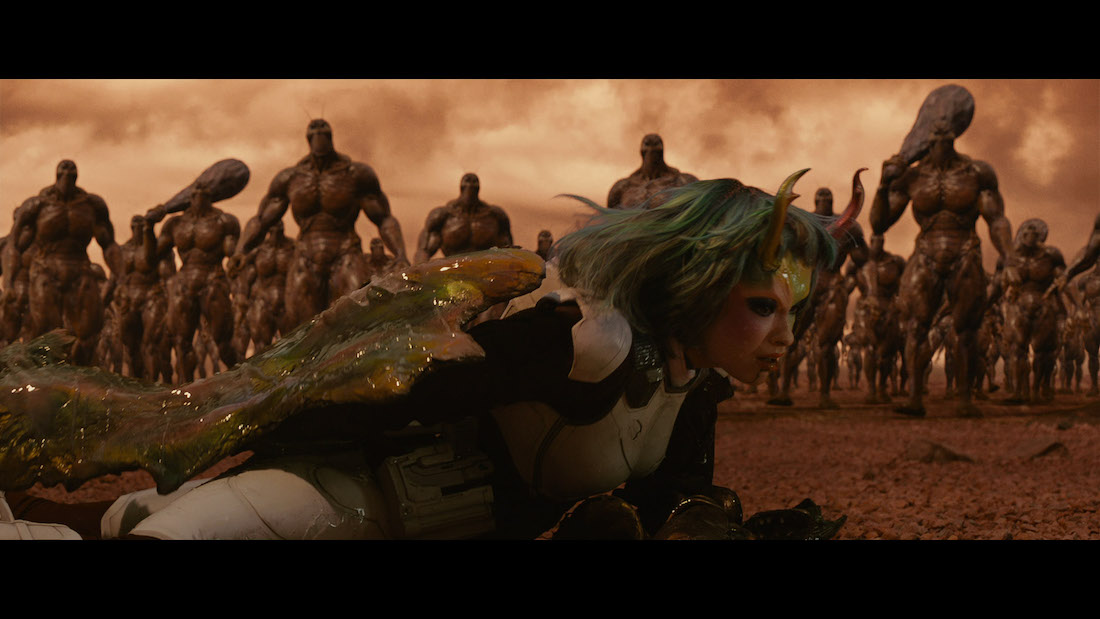 There are a few memorable sequences, one involving a “tsunami” of cockroach brutes rolling towards the spaceship en masse, but it loses its appeal after the fourth person mutates into a random insect-man. It doesn’t help that the transformations blend into one, as only three people gain distinctly unique abilities to go up against the Terraformars. So it’s usually just variations of people with brown facial make-up redolent of Klingons, only with forehead antennae and muscles bulging through their spacesuits – costumes Avengers: Endgame (2019) have stolen, incidentally. Those swish designs by Yuya Maeda are the film’s undoubted highlight. 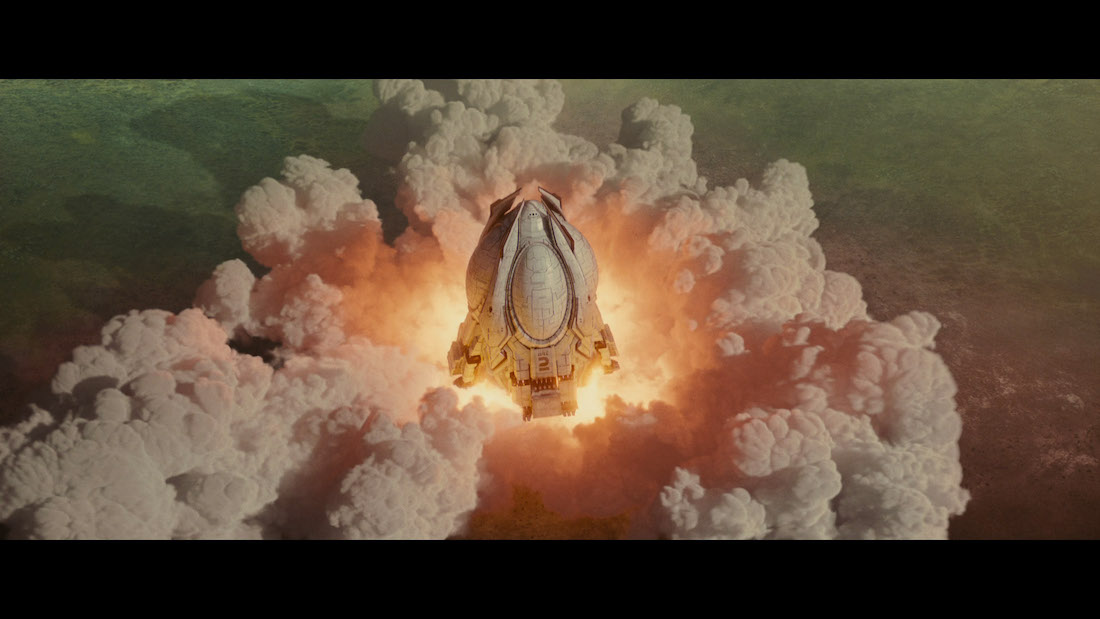 Terra Formars (even the title’s odd to say aloud because it’s conflating “terraformers” with “terror for Mars”?), is undeniably weird and enticing because of its outre sci-fi gimmickry. I did enjoy the identical CGI design of the cockroach men, who have tiny heads with extended philtrums, atop Mr Universe physiques—evoking John Major’s Spitting Image puppet on steroids. They’re also so vicious, compassionless, and impossible to communicate with, which makes them a very unsettling threat that feels totally “alien”. Some of the VFX work is chintzy, despite this being a 2016 release, but it’s a perfect match for the pulpy material. If nothing else, Terra Formars really feels like a manga brought to life with flesh and blood actors. It’s presumably a good reflection of the source material, but Miike wisely diluted the antagonist’s dark skin tones, as the manga faced criticism for how the humanoid Terraformars seem analogous to Africans tribes facing extinction from colonial forces.

I’m sure there are children who’ll lap this up because it’s their first experience with crazy Japanese sci-fi, or get a thrill from the preposterousness of what they’re seeing, but it got tiring without any exploration of the characters and their relationships. Miike’s only real interest is to stage a series of cartoonish fights between human-insect chimaera and CGI ‘roach men, but not being invested in anybody or the story drags Terra Formars down into being a daft sci-fi action movie. Shame, as there’s potential here for something a lot smarter if they’d spent some time focusing on the dynamics of the group during this bizarre mission, or tackled the analogies to colonial invaders head-on. After all, aren’t the terrifyingly blank-faced Terraformers the good guys, having existed in an apparent state of peace for 500 years until these super-powered Earthlings showed up? 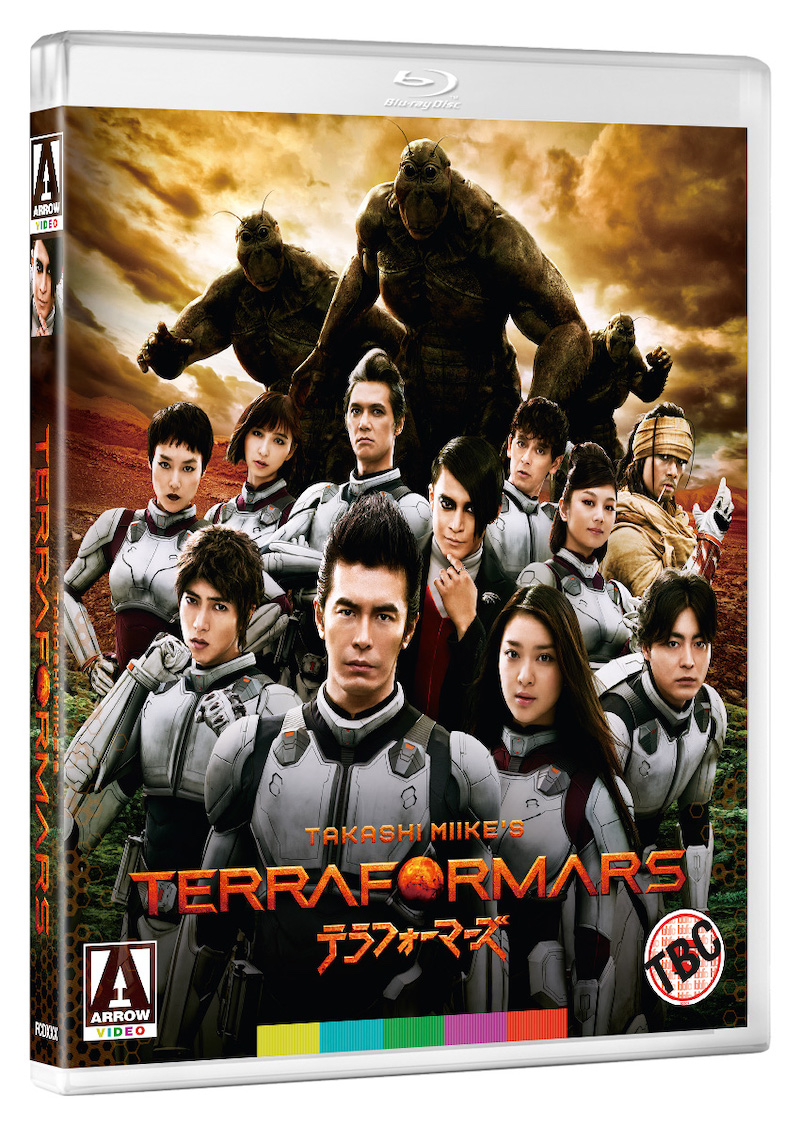 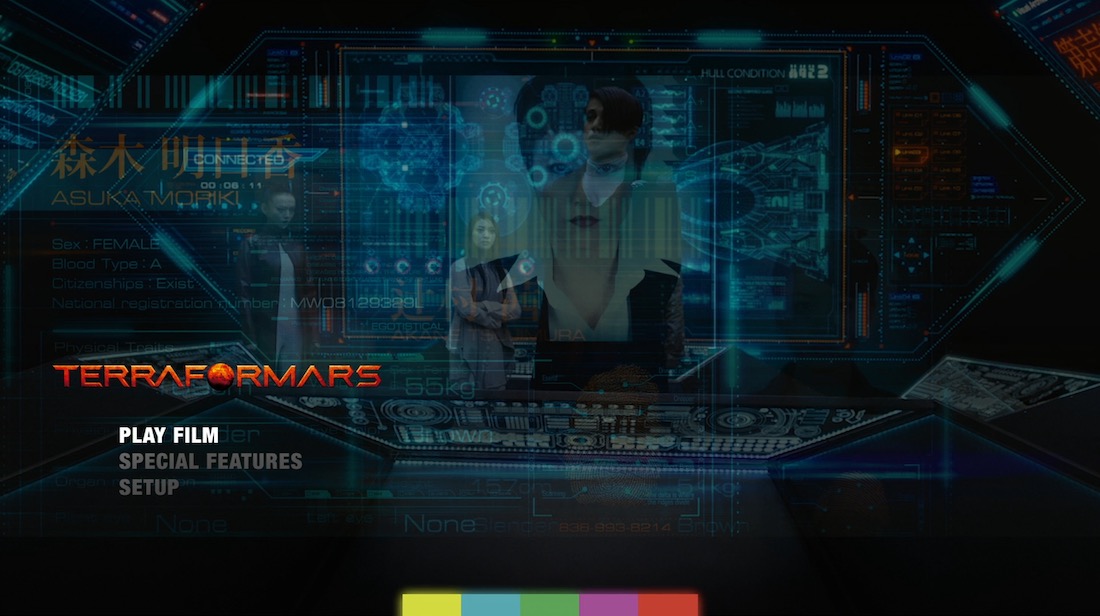