Among the fine tradition of classic British sitcoms, few stand as revered—or, indeed, as British—as Dad’s Army. Set during World War II, this beloved BBC comedy followed the aged members of the Walmington-on-Sea Home Guard: a loose military unit patrolling their quiet coastal town. They were a collection of doddery old geezers and the sort of youngsters that either dodged the draft or weren’t eligible for it, all lead by their puffed-up leader Captain Mainwaring, whose delusions of being a great leader were at odds with his trifling military know-how.

Dad’s Army may not have seemed the most obvious candidate for a big screen resurrection, but if it seemed like an unnecessary endeavour, the pitch-perfect casting announcement led many to suspend their cynicism and give it a chance. Perhaps Dad’s Army, much like the regiment it features, could turn out to be an unlikely hero?

Sadly, this is one instance where early cynicism was largely justified. 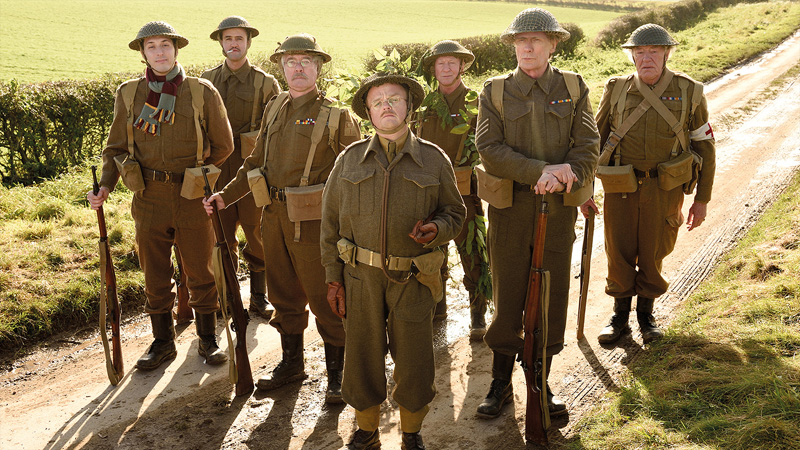 As one of the more hallowed British shows and ensembles, a new version demanded a very strong cast, and the involvement of Toby Jones, Michael Gambon, Tom Courtenay, et al, certainly ensure there’s a wealth of class and acting talent on display. But while there are numerous esteemed performers to adopt the mantles of their ’60s counterparts, they’re not all successful reinterpretations.

As Captain Mainwaring, Toby Jones has the unenviable task of filling the great Arthur Lowe’s shoes, and sadly falls short of the mark. Jones strives away admirably, but doesn’t come close to matching the level of haughty disdain and officious, oblivious arrogance that Lowe brought to the role. He’s more of a traditional buffoon, and that’s a shame. Similarly, Bill Nighy’s second-in-command Wilson lacks the easy-going demeanour and dry wit of John Le Mesurier. Truth be told, Nighy is actually rather one-note and wooden throughout. 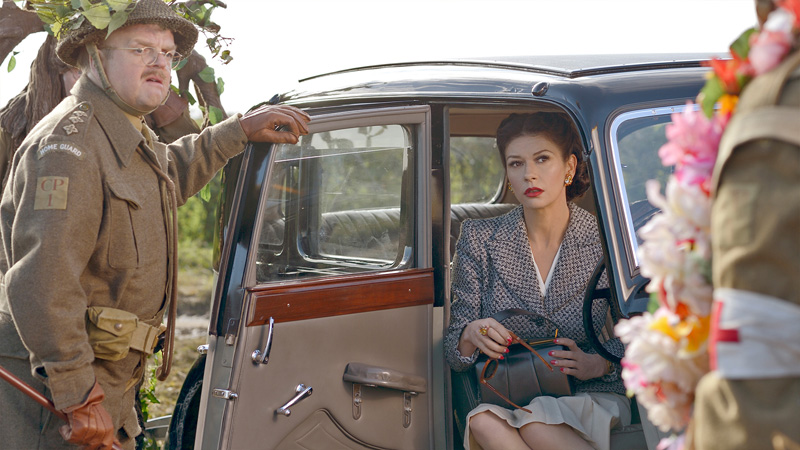 There are, at least, brighter facets of the ensemble. Daniel Mays is comfortably the highlight as wide-boy Walker; his cockney charm and rakish demeanour both a perfect tribute to James Beck and wildly entertaining in its own right. Similarly, Michael Gambon’s turn as Private Godfrey is as wonderfully sweet and hilarious as Arnold Ridley’s ever was; his elderly Godfrey a delightfully quaint character who’s warmly funny without ever becoming the butt of jokes. As the young and hapless Private Pike, The Inbetweeners’ Blake Harrison does well in a different way; not imitating Ian Lavender’s endearingly dopey Pike, but rather playing a young man obsessed with aping the heroes from his favourite movies.

And that might be part of what’s wrong with Dad’s Army—that need to mimic the original series. Can you imagine someone recasting and remaking Fawlty Towers? Or Blackadder? It doesn’t bear thinking about—and not necessarily because the ideas wouldn’t work in 2016, but because the characters and roles are so iconic that they’re almost impossible to replicate. And even if you could—why try, when the originals are so perfect? You just invite comparisons with something that can’t ever be matched. 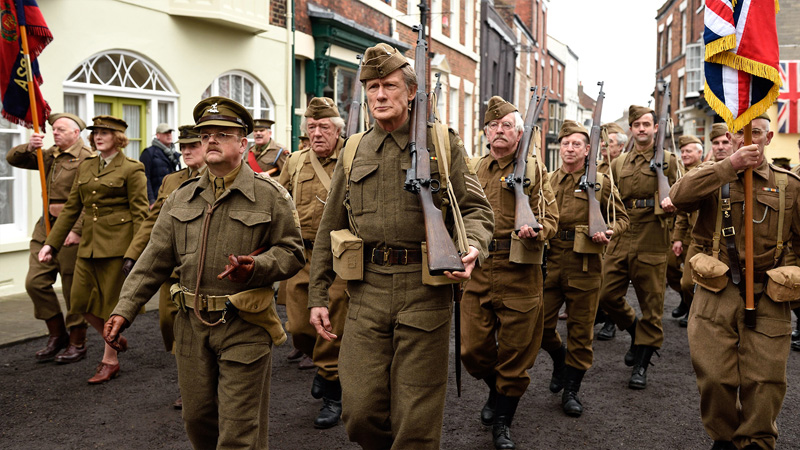 The plot, for what it’s worth, sees the village’s Home Guard thrown into disarray when glamorous reporter Rose Winters (Catherine Zeta-Jones) arrives to write an article about their noble efforts. It’s not long before Winters is revealed to be a German spy (this isn’t a big spoiler as the film doesn’t keep it a secret for long), and the supposed fun comes from watching her manipulate the infatuated group into divulging military secrets.

Aside from a few misjudged performances, the principal problem with Dad’s Army is an almost total dearth of comedy. The script is miserably low on big laughs, and even the promising situations lack any sparkle. A farcical scene where several characters are forced to hide in the same living room, with none of them knowing the other is there, ought to be a hoot! In practise, it’s tepidly presented; almost as if Hamish McColl’s screenplay was written in broad strokes—a basic plot, throw in some innuendo here, a pratfall there, and drizzle with catchphrase— but nobody thought to flesh that framework out with anything more. Dad’s Army is designed to be a mild sort of comedy, but this isn’t just gentle: it’s lazy and uninspired. 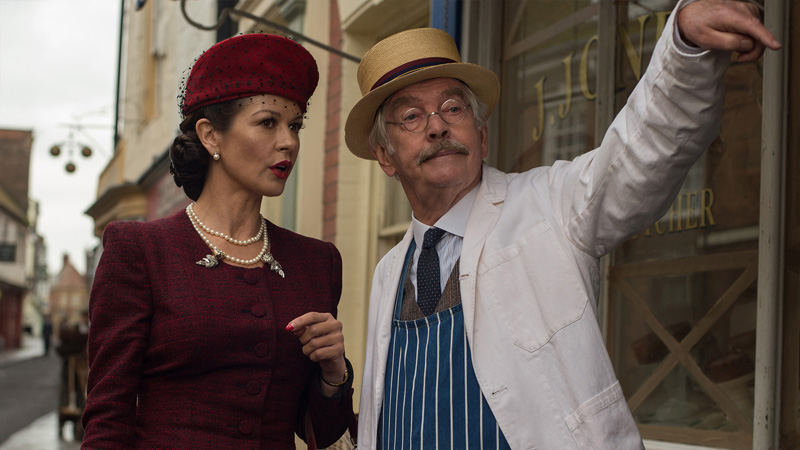 It doesn’t help that the plot (understandably) has to focus on Mainwaring and Wilson’s double-act, who present two of the less effective performances. Their dynamic is shifted into something far less amicable—almost snide and antagonistic—than the series put across. Material with the pair’s troubled marriages might have worked in a Sunday night ITV drama, but doesn’t quite gel properly in a comedy film.

The film might have been served better with a more low-key sitcom-y plot: just put these characters together and let the inherent humour and their character’s interplay see you through. The best material comes in the climax, when everyone is working together as an orchestrated unit, and each character gets their own moment to shine—be that in comedy standings, or in terms of some effective character beats. Perhaps the most telling moment, though, comes just before that climax, when Tom Courtenay’s Corporal Jones finally utters his immortal catchphrase. “They don’t like it up ’em!” he exclaims, out of nowhere, and to nobody, almost entirely without context. It’s as if the filmmakers realised they hadn’t had him say it yet, and just threw it in to cross off a list. It’s lazy and embarrassing.

It’s not that Dad’s Army is terrible, or that it doesn’t boast a few good performances, or even a few mild chuckles, it’s just that it could have been so much more. All the pieces are in place—even the off-kilter performances of Jones and Nighy wouldn’t need much tweaking—but it just feels like nobody cared enough to give the film the attention that this esteemed property deserves.

FANTASTIC BEASTS: THE SECRETS OF DUMBLEDORE (2022)