Amazingly, it’s been two years since The OA premiered with eight ambitious but often maddening instalments. Created by indie filmmaker Zal Batmanglij and actress Brit Marling, who collaborated on Sound of My Voice (2011) and The East (2013), it tells the peculiar story of an orphan of a Russian oligarch, who lost her sight as a child, was adopted by two kindhearted Americans, and then went missing for seven years after reaching adulthood. Mysteriously returning with her sight restored, Prairie Johnson (Marling) became the talk of her small-town community, with her strange behaviour blamed on the untold trauma she’d endured at the hands of her mysterious kidnapper. In fact, as Prairie recounts to a group of local teens and their teacher after dark in secret, the truth of what happened to her is far scarier and bizarre—involving a scientist obsessed with near-death experiences called Hunter Aloysius “Hap” Percy (Jason Isaacs)…

When I reviewed Part I of The OA in 2016, I gave it a two-star rating to capture my frustration over its sluggish pace and a finale more perplexing than satisfying. When season 2 was finally released this year, I had to rewatch the first season with a friend who wasn’t caught up, having given it a modest recommendation because of the fascinating subject matter and strong performances. I’m glad I did, too, because seeing those episodes again definitely improved the series for me. This was partly due to me being more accepting of its measured pace, but I also picked up on plot foreshadowing that passed me by the first time around. I also found myself enjoying the nuanced characterisations a little more, beyond what standouts Marling and Isaacs brought to the table, and The OA consequently went up in my overall estimation. I’d revise my rating to three stars today, and it would have been a touch higher if the last half of season 1 was as strong as how it started.

Season 2, or “Part II”, of The OA is an entirely different thing. And it’s impossible to discuss it, even slightly, without spoiling the events of the first season, so continue reading at your own risk… 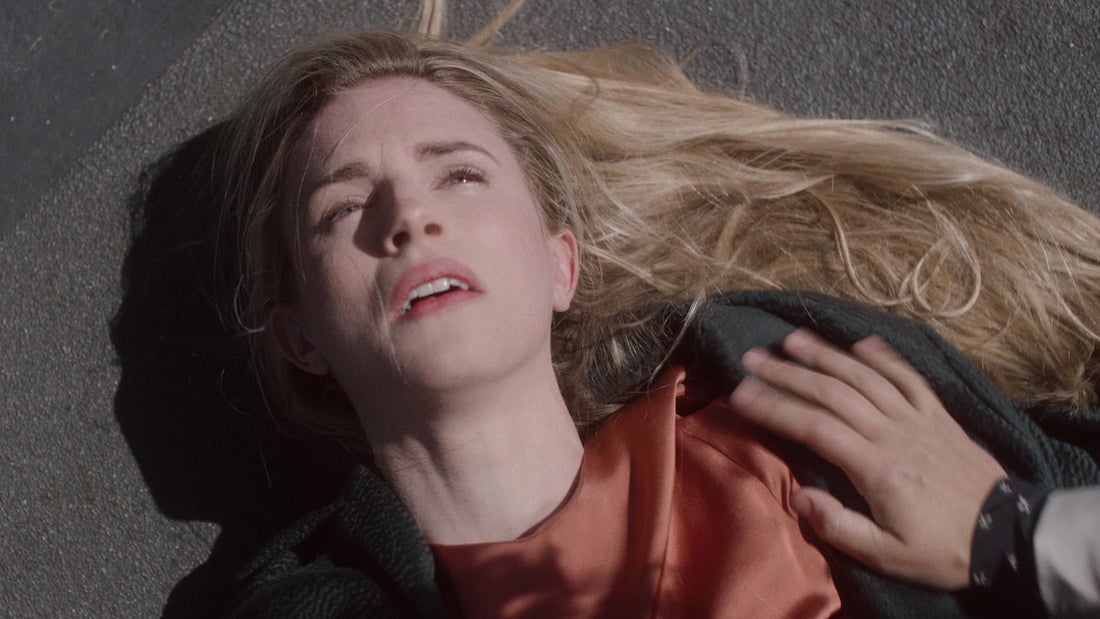 If you thought you had a grip on what The OA was about, this season gleefully makes your head spin. Having assembled her five “disciple” friends and explained to them her incredible life story, including what happened to her during her years as a missing person (short story: Prairie was abducted along with four other people who all experienced near-death experiences and might be “angels”), Prairie’s followers managed to distract a high school gunman by performing the bizarre “Movements” she’s taught them - which were intended to be a way for her to miraculously escape her captor. Was it proof of the Movement’s paranormal power, or simply a crazy thing to do in unison that wrongfooted the would-be killer? The end result was the arrest of the nonplussed shooter, but not before he shot a bullet into Prairie as she arrived at the school to help. It would’ve been easy to pick up the story right there and continue, as we ended the season with Prairie dying in the back of an ambulance. But, instead, we open with a private investigator called Karim Washington (Kingsley Ben-Adir) in San Francisco, who’s quirky so lives on a boat, agreeing to help a Vietnamese woman find her missing daughter Michelle… before eventually seeing “Prairie” collapse on a ferry, only now she’s known as Nina Azarova and is a rich Russian émigré dating a tech guru called Pierre Ruskin.

Confused yet? To loosely spoil the first few hours of Part II, this season takes place in a parallel universe where Prairie never went blind, didn’t suffer the loss of her beloved father as a child, and so wasn’t adopted by Americans. Prairie’s “soul”, or consciousness, has been transferred into Nina’s body as a result of the Movements being performed in her own universe, and it seems she’s been joined in this new dimension by her fellow “angels” —Rachel (Sharon Van Etten), Scott (Will Brill), and Renata (Paz Vega). Oh, and their mutual kidnapper Hap. The only problem is that Homer (Emory Cohen), the man Prairie was incarcerated alongside and fell in love with, hasn’t “jumped” across to this dimension correctly and now thinks he’s a psychiatrist at the facility they’re being held in by Hap’s counterpart Dr Percy. 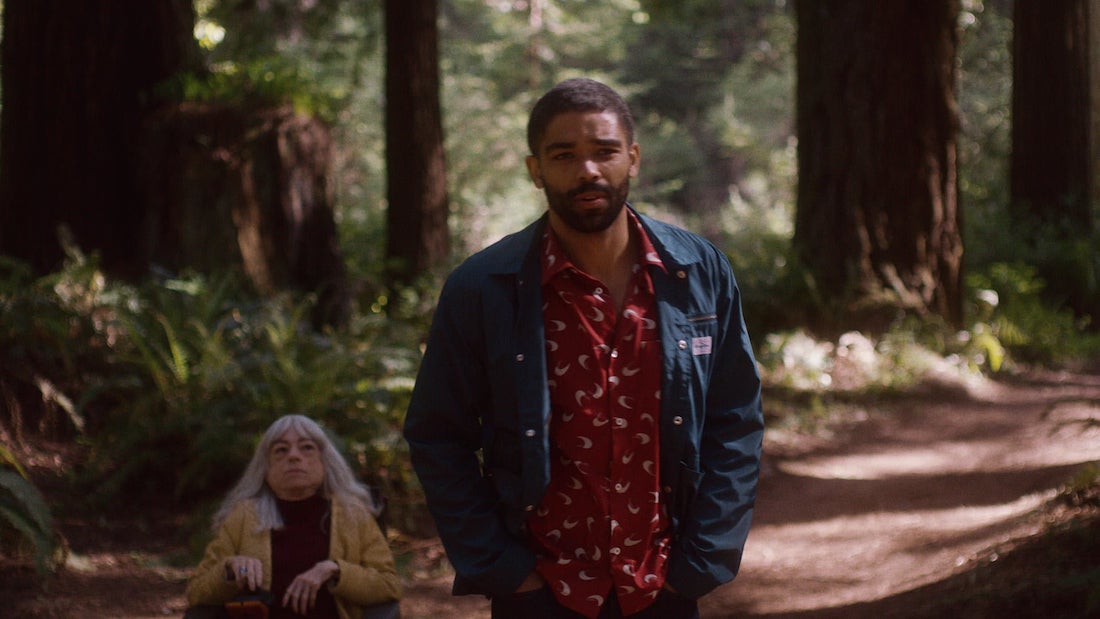 I didn’t expect The OA to become an interdimensional story, so this season adds a completely new level of intrigue and weirdness. The story would certainly have become a slog if we’d kept thing relatively static, so putting so many of the characters in “other bodies” in a universe where Joe Biden’s the President was a great way to keep things fresh. It even starts to make sense of aspects of Part I, such as Homer’s near-death experience clearly being a glimpse of Part II’s dimension when an unusually-shaped fish tank makes an appearance. Like all the best sophomore seasons, The OA pushes the story forward in a way that nourishes the narrative and makes what came before look better in retrospect.

It’s very intriguing to see Prairie investigate her own life (well, the life she might’ve lived) in Nina’s expensive shoes, while also having to contend with the fact everyone thinks she’s had a psychological break. Similarly to the first season, Prairie and her friends once again find themselves prisoners under Hap’s control, only now their predicament’s out in the open and it’s almost pointless trying to convince anyone about the truth of their situation. To everyone else, they’re insane people — The OA doing a version of what befell Bruce Willis’ disbelieved time-traveller in Twelve Monkeys (1995). Meanwhile, Hap is delighted to have discovered the Movements enable inter-dimensional travel but has other avenues to explore, which eventually start to connect to the new storyline with Karim and another missing girl. 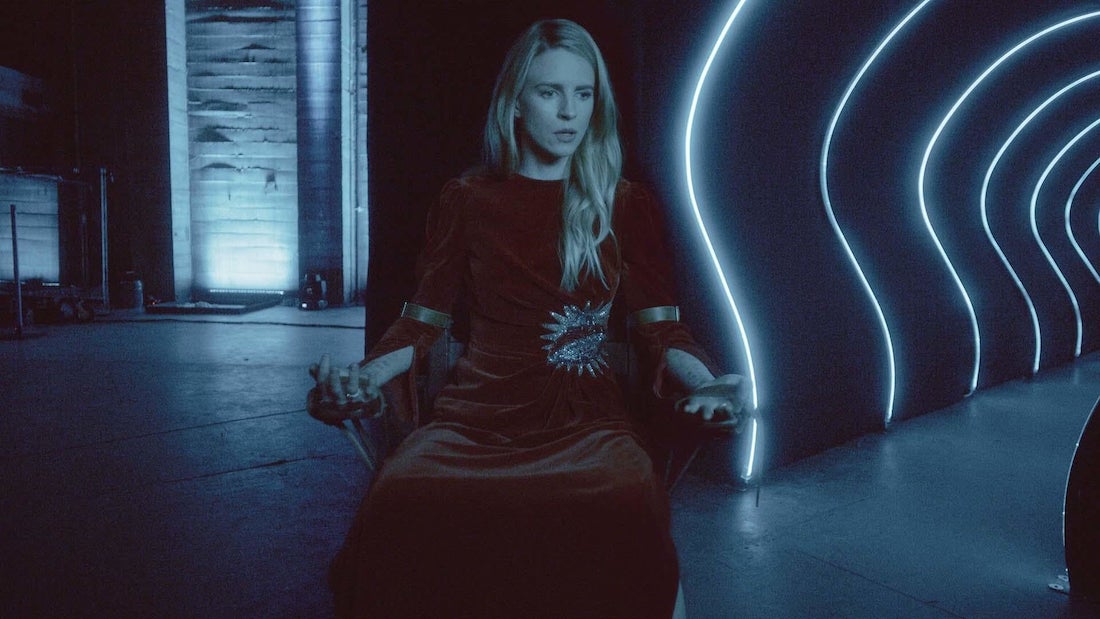 The unexpected problem with Part II is that it doesn’t let go of what came before, which might be a wise move in the long term, but it made this season feel unbalanced. The storyline with Karim searching for a missing teenager is a whole new area to explore, which comes to involve an augmented reality game and a mysterious house that’s been designed as a metaphysical puzzle. It’s possibly the best aspect of Part II, as it’s posing new questions and eventually connects with Prairie’s own issues and her quest to understand the truth of what reality is across this multiverse. And what her role in it, as “The OA”, actually means.

Unfortunately, a third of Part II’s eight episodes continue the story from “our world” with Prairie’s left behind friends— teacher Betty “BBA” Broderick-Allen (Phyllis Smith), reformed bully Steve (Patrick Gibson), stoner Jesse (Brendan Meyer), academic Alfonso “French” Sosa (Brandon Perea), and gender-fluid Buck (Ian Alexander)—who are all struggling to make sense of Prairie’s ostensible “death”, from their perspective. The journey these characters go on isn’t as compelling as learning more about the new universe, sadly, and their continuing involvement lacks a clear purpose. Rationally, you’d think they’d just accept Prairie died of a gunshot to the heart, but the show contorts to enable a way for them to think otherwise and go on a road trip to find her. 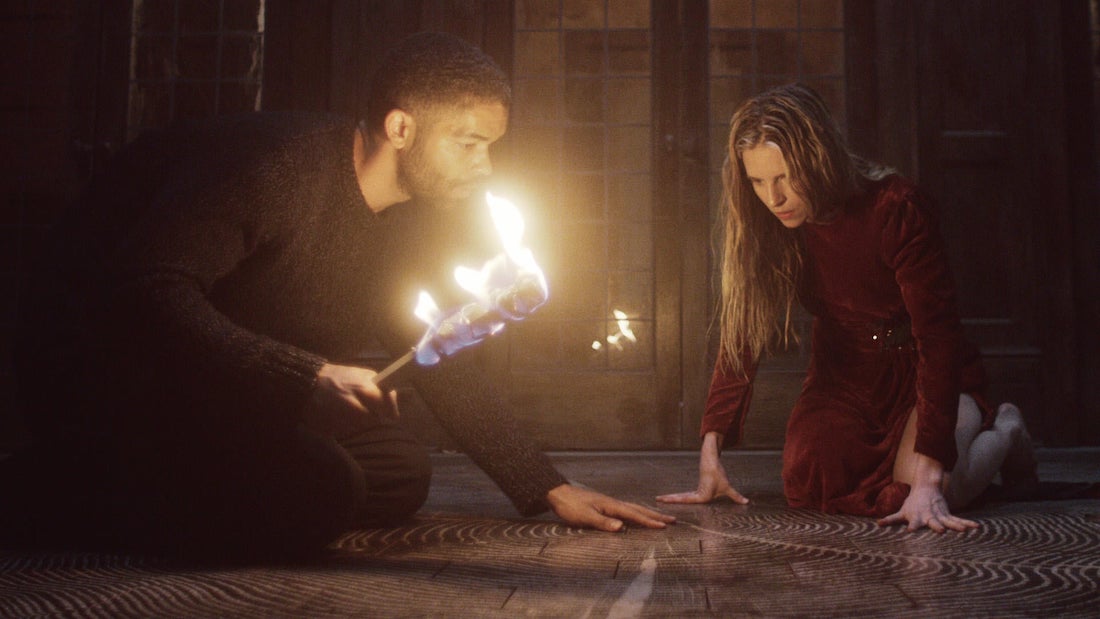 The series obviously has five good actors who were an integral part of the first season, likely contracted for years, so they have to be utilised again, but the writers struggle to make their parallel story feel worthwhile. Without Prairie around as a bizarre figure to coalesce around, it becomes clear those roles aren’t strong enough to hold their own—even if there’s a welcome attempt to deepen the personalities of BBA and French, in particular. I don’t know if ditching them would’ve necessarily been a better move, but I was hoping they’d connect to the new dimension’s story a lot faster and with more pay-off.

The OA is also, of course, a baffling TV series by design. This season definitely improves on the previous one, now we know exactly what kind of sci-fi turf we’re in, but it also throws up an extraordinary number of weirder characters and twists. Some of the developments do have a dream-like logic, reminding me of David Lynch’s best work at times, but the average viewer will undoubtedly get lost without Googling fan theories every step of the way. For some, that’s part of the fun with these sorts of mystery shows, but the majority will find themselves getting progressively more frustrated. If you can swallow a puzzle house filled with mind-altering vapours, with a portal to a realm of sentient trees… how do you feel about a giant psychic octopus? I’m accustomed to trippy films and enigmatic TV dramas, but even I threw up my hands during one episode’s prologue where a man exchanged wood for the chance to touch one of many human backs an old lady keeps in her wood cabin! Maybe Part III will explain what the hell was going on there.

Overall, there’s no doubt The OA manages to evolve and improve itself this year, but Part II the opposite problem to Part I: the lore of the show gets richer and more entertaining, but the connections to the character aren’t as deep. It’s just so bewildering that you’re not as swept away, or as hooked on an emotional level. There was value in Part I’s simplicity, in comparison to how this new season plays its cards. And if you stop to think about things too much, a lot of it does seem to fall apart. I still don’t understand how Hap knows as much as he does about this new universe if he arrived hours after Prairie, for instance. The story just needs him to be on top of everything, so he has an unbelievable ability to be several steps ahead of Prairie. But it does have an irresistible sense of ambitiousness and there’s nothing else like it on TV right now, best exemplified by how it sets up Part III to be incredibly meta and potentially disastrous.

It’s walking a tightrope, that’s for sure, and Part II just about makes it across the abyss despite some wobbles.

THE MAN IN THE HIGH CASTLE – Season One