William Hjortsberg’s 1978 novel Falling Angel (which put a supernatural spin on the hardboiled private detective genre) was adapted into a screenplay by the author himself after Paramount Pictures optioned it. Hjortsberg was no stranger to writing for the screen, having worked on many low-budget films that secured his services on Ridley Scott’s Legend (1985). Falling Angel went through many revisions in script form, with John Frankenheimer (Black Sunday) once in the running to direct Dustin Hoffman, before the studio’s option expired and Hjortsberg started to believe nobody actually wanted to make it happen. Maybe his story was just too dark and worried executives would prefer a happier ending?

Eventually, English director Alan Parker (Midnight Express, Fame) was drawn to the idea of adapting Falling Angel, which he’d already read, and wrote most of the script himself after getting Hjortsberg’s blessing. Parker secured financing through Carolco Pictures after meeting with Mario Kassar and Andrew G. Vajna in Rome to discuss the project. He was given full creative control and, consequently, the movie differs from the novel in some key ways, not least a title change to Angel Heart. Half the action was moved out of New York City to New Orleans, which Hjortsberg approved of, gumshoe hero Harry Angel (Mickey Rourke) was written more sympathetically, and the resolution to the mystery was altered and became arguably more twisted. 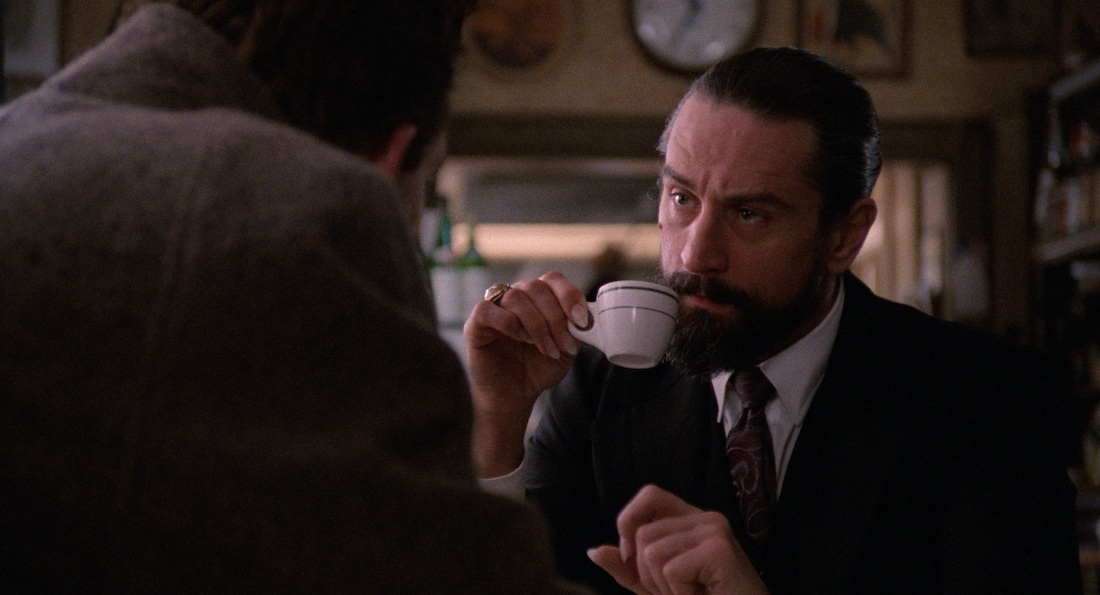 Angel Heart underperformed at the box office in 1987, grossing just shy of its $18M budget. The contemporaneous reviews were also mixed. It’s since gained a strong reputation as one of the ’80s better psychological horrors, but this is definitely a movie that doesn’t achieve full potential. A major problem is that Parker doesn’t seem interested in the supernatural aspects of the story half the time, so there are prolonged periods of the time where nothing otherworldly is happening and it could be described as a straightforward detective mystery with a few weird moments. And when Parker does remember to add some creepy visuals, he leans into voodoo cliches like sacrificed chickens and water turning to blood.

Set in 1955, Big Apple private eye Harry Angel is contracted by a strange man with long fingernails called Louis Cyphre (Robert De Niro) to find a once-famous crooner and debtor known as ‘Johnny Favorite’. Johnny apparently returned home from World War II with shell shock and facial disfigurements, but Louis is nevertheless adamant he wants unlucky Johnny located so an outstanding debt can be repaid. And he’s willing to pay Harry handsomely for his services in tracking down this insolvent runaway.

Mickey Rourke had a great start to his career in the 1980s, working with Barry Levinson on Diner (1982) and Francis Ford Coppola on Rumble Fish (1983) in early roles. Angel Heart came out the year after 9½ Weeks (1986) cemented Rourke’s status as one of Hollywood’s hottest (and sexiest) young stars, and he’s the best thing about Angel Heart. It’s easy to buy into Harry as a talented but struggling sleuth, leaning into film noir cliches about gumshoe’s being dogged and untidy guys with a cigarette permanently drooping from their lips. 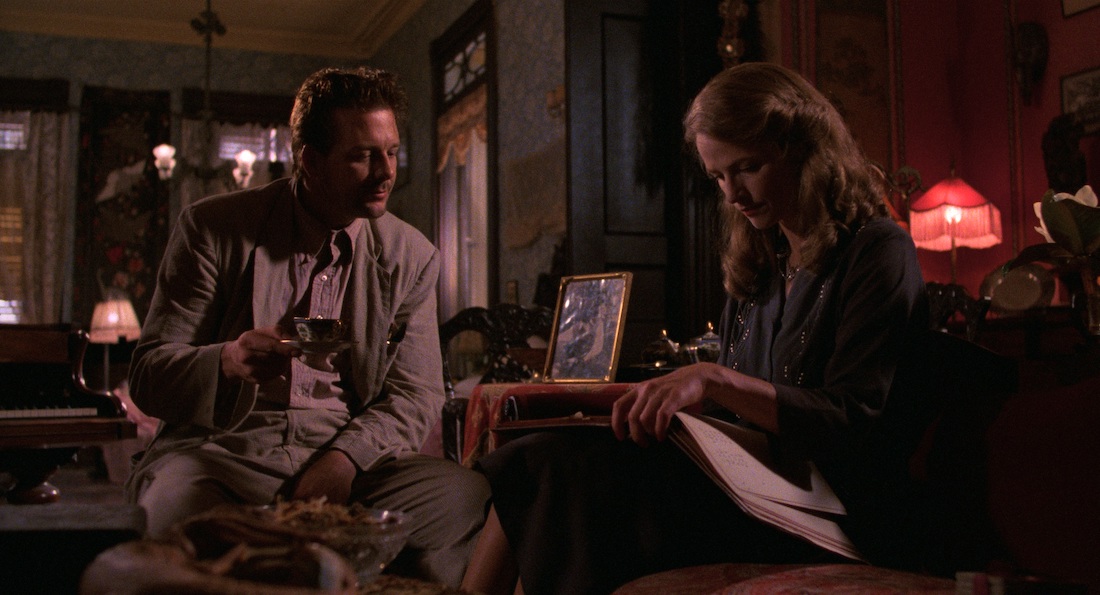 Rourke embraces the cliches and doesn’t make them feel routine. He carries the entire film on his shoulders, even holding his own against Robert De Niro—who floats in and out of the narrative for a handful of short scenes with him. (De Niro’s only credited as a “special appearance” with good reason.) Harry doesn’t have an assistant the film can use as a sounding board for the audience, there’s no narration to communicate Harry’s thoughts, and his love-interest Epiphany Proudfoot (Lisa Bonet) doesn’t appear until well into the second act… so almost everything only works because Rourke can hold camera’s interest. And it’s not even a showy performance designed to compensate for the lack of chills and set-pieces (the best of which is a foot chase through a building and out into a New Orleans street during a parade), which proves how reliable Rourke’s brooding charisma once was.

But Rourke can’t work miracles with the material. Angel Heart certainly tests one’s patience after an hour dipping you into its peculiar tone, as it’s only natural to be expecting things to shift into a higher gear once the setup’s dispensed with and we’re deep into the mystery. As I said, Parker doesn’t seem to have much appetite for reminding audiences this story concerns the supernatural, which was possibly intentional because the ending feels designed to surprise those who thought this was a straightforward period crime movie with added voodoo. 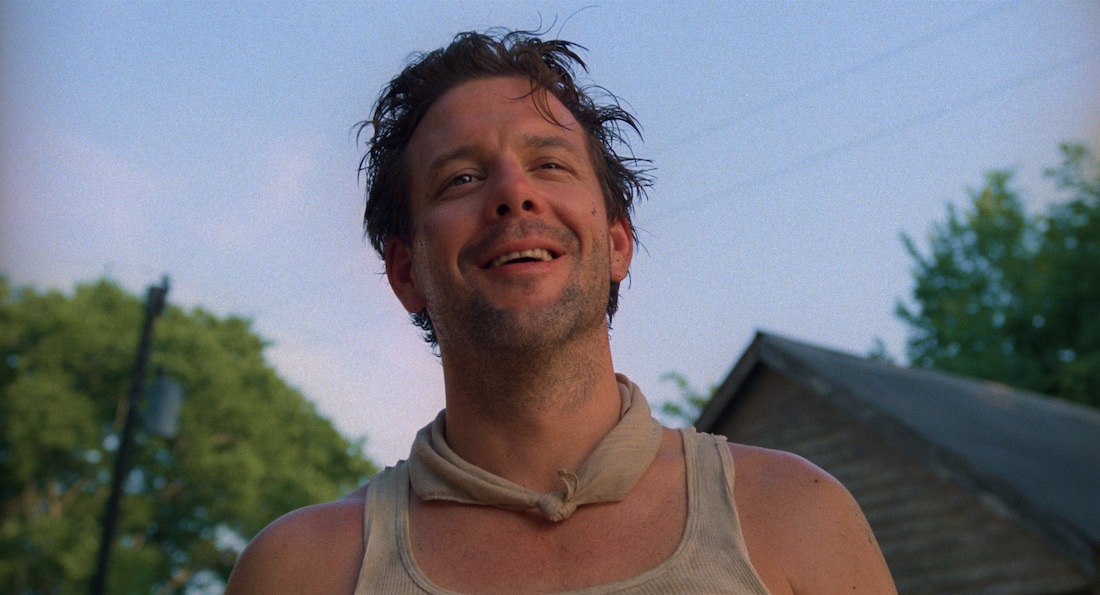 The last few scenes are excellent, however, as everything is explained and the veils are pulled aside. It makes audiences re-contextualise everything and begs a rewatch. Angel Heart hinges on a twist, which works because it makes sense, but it’s a shame so much of the build-up rings hollow. It’s the kind of resolution that makes you like the film more, but you can’t shake the frustration it didn’t arrive at the climactic moments with more pace and energy. Things should have become a lot crazier and more disturbing for Harry (who gets framed for various murders), but there’s a feeling the rug-pull works narratively more than it does emotionally. I’m not surprised a remake’s been rumoured for a while, as Falling Angel is clearly a book that hasn’t been translated with the skill and full-blooded scares the story deserves.

However, Angel Heart does benefit from a marvellous sense of place thanks to Michael Seresin’s cinematography. The location shooting brings a grim mid-1950s NYC to life (particularly the often overlooked borough of Harlem). Rourke and De Niro are also on strong form, with the latter making the simple act of eating an egg strangely chilling, and the story only starts to flag in the second half when the scares are drying up. The memorable ending means it will forever be a different experience after one’s initial viewing, and it’s certainly easy to see why Angel Heart later developed a cult status on VHS. Everyone involved went on to make better movies, but Angel Heart is worthy of your time because of its rich atmosphere and Rourke’s mesmeric performance. 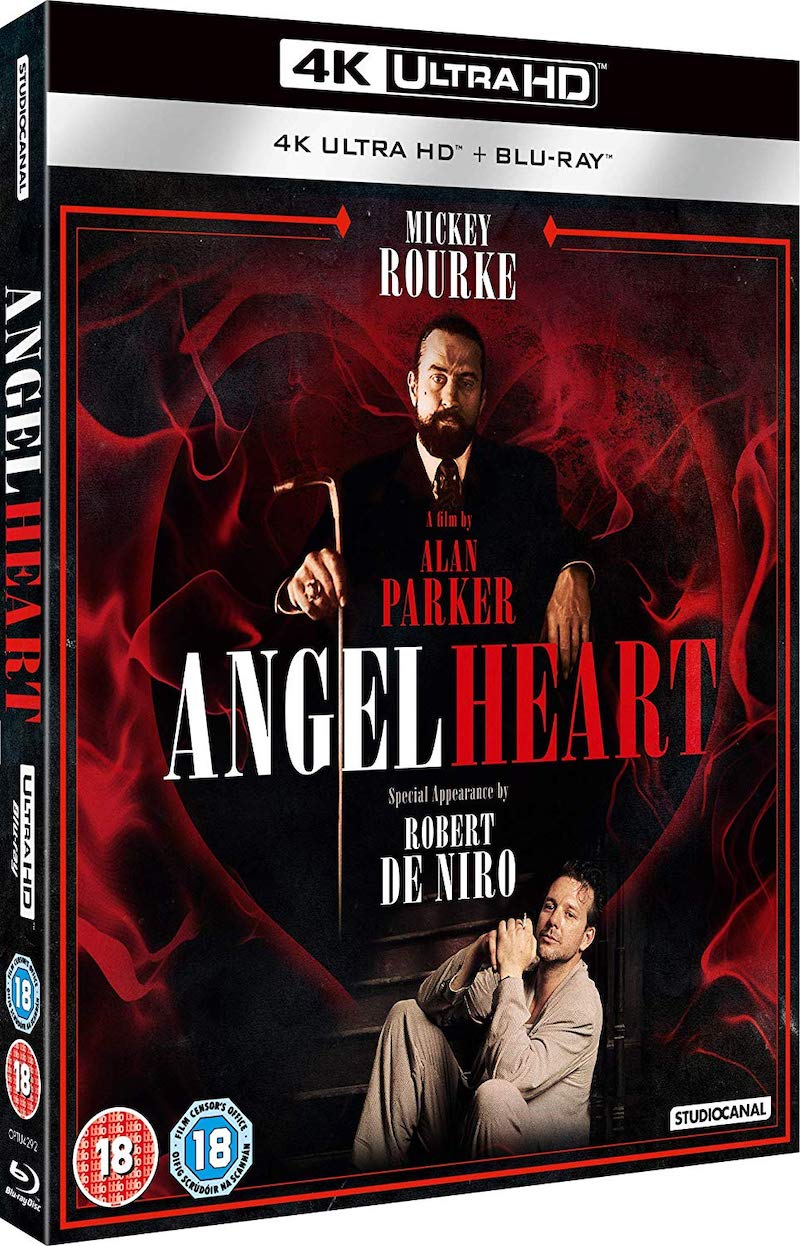 The result is a gorgeous image with a level of quality you likely haven’t seen in decades, maybe ever, with plenty of fine detail that only occasionally result in shimmering because of the Dolby Vision enhancement. Colours are rich with jet blacks and the HDR makes spectral highlights glow off the screen. Continuing StudioCanal’s recent run of 4K clean-ups that have included Cliffhanger, the Rambo trilogy, The Deer Hunter, Don’t Look Now, Apocalypse Now, and Lock Up, this is another fine restoration for cineastes.

The DTS-HD Master Audio 5.1 is also good but is the same mix as previous Blu-ray releases, but rest assures the dialogue’s anchored well and Trevor Jones’s spine-tingling score is reproduced to great effect.