After escaping Jack and his gang, Jesse Pinkman goes on the run from the police and tries to escape his own inner turmoil.

Breaking Bad’s mainstream success only came when Netflix began streaming the AMC drama, bringing it to international attention. Most people the binge-watched the first three seasons, rapturous word-of-mouth spread, and so the final two years of the show became huge pop culture events. The series ended on a high or worldwide adoration, but I’m sure those involved were a little disappointed Breaking Bad only took off towards the end of their creative journey. That’s perhaps why a prequel, Better Call Saul, was commissioned almost immediately; a drama of equal quality, some say better, but nowhere near as popular.

There’s been a clamour for more Breaking Bad since it ended because, for most people, it didn’t seem to be around for long. El Camino: A Breaking Bad Movie is a welcome but unnecessary epilogue to the TV series (now hailed as being one of the best shows ever made) and runs the risk of being considered pointless or a disappointment. The legacy of the show remains huge. Breaking Bad is one of the first things new Netflix subscribers binge, apparently, so creator Vince Gilligan is indeed tempting fate by continuing his revered story. 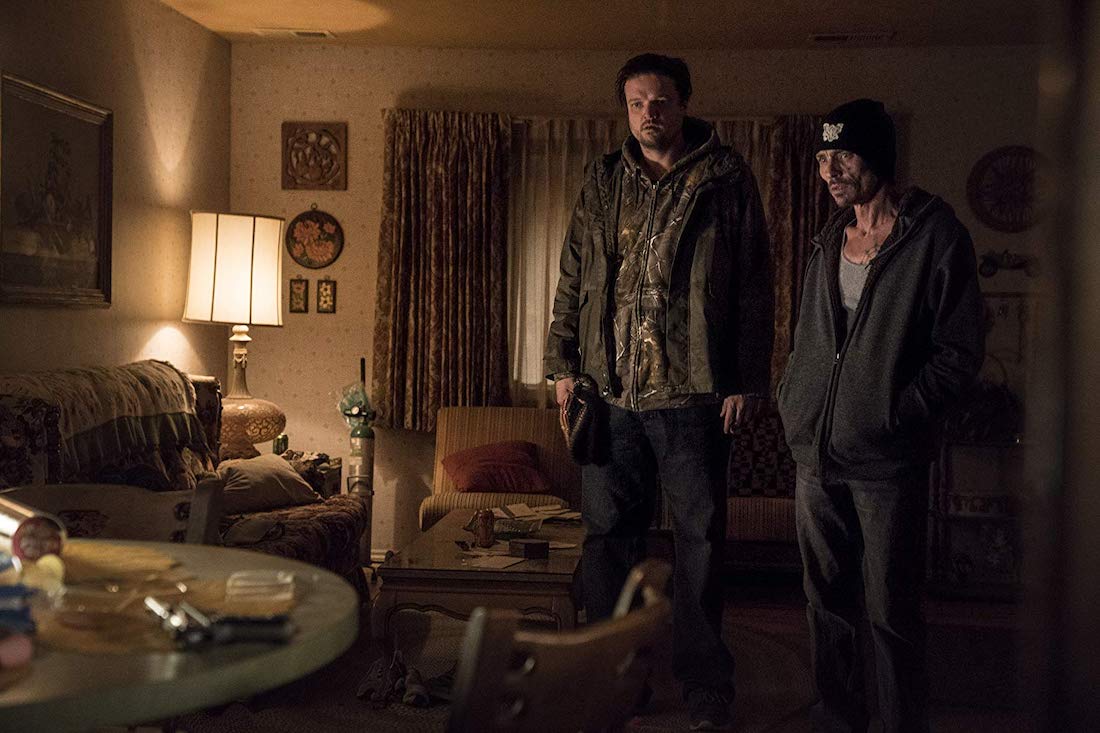 The good news is that El Camino is a triumph, even if it didn’t need to exist. I was happy with Breaking Bad’s final shot being a dishevelled Jesse (Aaron Paul) driving off into the night in maniacal elation, but this two-hour continuation (written and directed by Gilligan) is nevertheless a delicious dessert that avoids most of the pitfalls. It doesn’t retrospectively damage the show (it actually improves a few areas), it doesn’t feel like a bunch of deleted scenes edited together, it doesn’t seem to be a cynical cash-grab, and it only slightly feels like an episode stretched to feature-length. Although that speaks more to the quality of the TV show’s cinematography and production design than any shortcomings here.

One clever thing about El Camino is the narrative construction, as we follow Jesse in both the past and present. The present storyline finds him struggling to evade the Albuquerque police and get out of dodge, trying to pay for a false identity to start over again in Alaska. It’s a brutally simple man-on-the-run idea, but one Gilligan uses to construct a lot of drama, tension, and excitement. 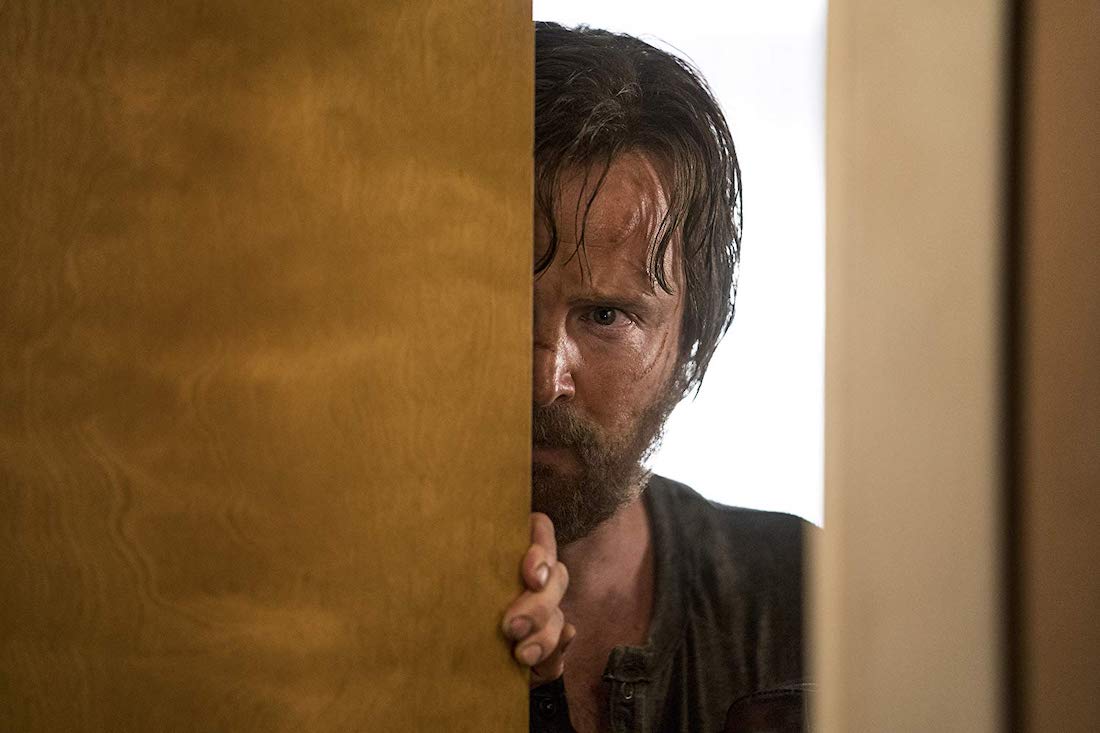 Jesse initially flees to the home of his pothead friends, Skinny Pete (Charles Baker) and Badger (Matt Jones), to lie low for a night, before formulating a plan to get some money and leave town for a new life. And that’s not easy when your face is on every TV news report, as locals become aware high school dropout Jesse Pinkman was a leading figure in the world’s largest crystal meth empire.

As we follow Jesse’s furtive movements around the city, flashbacks are cleverly used to make us understand his thinking and fill in blanks about his time as a prisoner of calm psychopath Todd (Jesse Plemons) and his Uncle Jack. The final season of Breaking Bad spent time on Jesse’s awful situation (chained up and forced to cook meth), but the TV series was more focused on resolving the arc of Walter White (Bryan Cranston). El Camino thus allows Gilligan to go back into Jesse’s story and flesh things out more. So we learn exactly how psychologically broken Jesse became during his months of slavery, primarily through a subplot where Todd grants him a day’s reprieve to help him dispose of a dead body. And it’s a fascinating tale in its own right, as Todd’s such an unnerving presence because of his creepy combination of blandness and childishness.

Most of the flashbacks have relevance to what Jesse is doing in the present day, too, best demonstrated during the Todd storyline because Jesse’s made aware his former captor has a million dollars hidden somewhere in his bachelor pad. El Camino is ultimately a string of mini-missions for Jesse, contextualised by occasional trips into the past, that makes us care even more about him getting a happy ending. (Something denied to tragic Walt, who is most definitely dead, despite those ridiculous fan-theories.)

It’s also a late victory lap for Breaking Bad itself with lots of fan-servicing, as Jesse interacts with many old faces. There are imaginary ghosts from the past (his dead girlfriend Jane, played by Krysten Ritter), some appear thanks to the flashbacks (Jonathan Banks’ Mike), and a few quirky supporting players make appearances like junkyard owner Old Joe (Larry Hankins). It’s a delight to see everyone come back one last time. 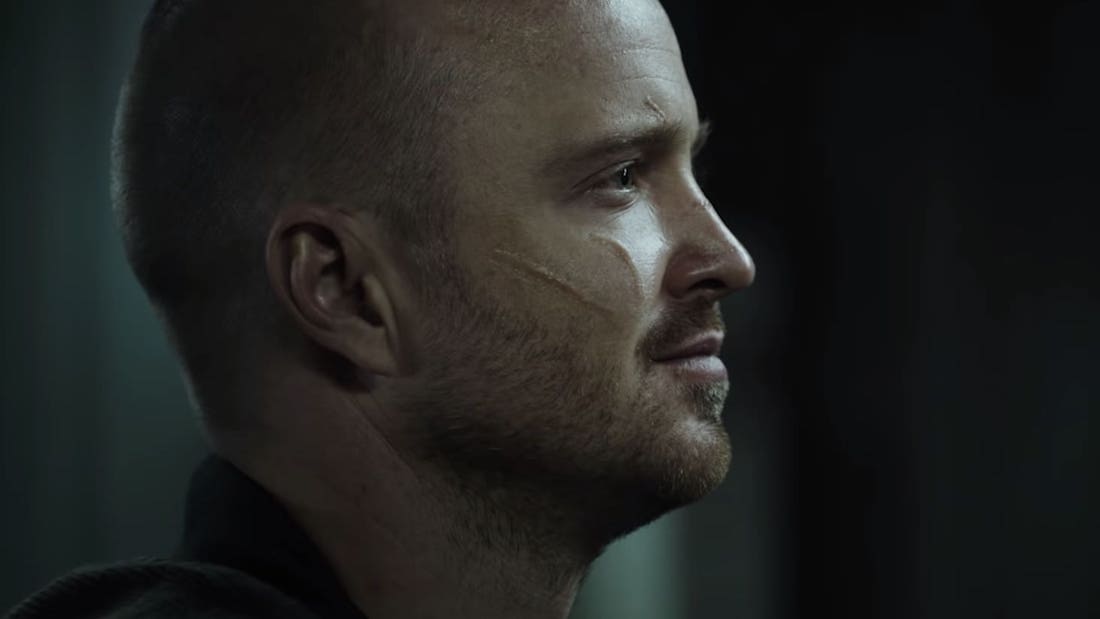 In particular, I must mention Robert Forster as Ed Galbraith, the elderly vacuum cleaner repairman with a sideline in ‘disappearing’ criminals by giving them new identities for a hefty sum. Forster was a standout in later episodes of Breaking Bad and it was a pleasure to see him return, but his appearance is bittersweet because the veteran actor sadly passed away the day this movie was released. El Camino: A Breaking Bad Movie is now his final screen role, and there are certainly worse ways to bring the curtain down on a 52-year career. Robert Forster’s scenes with Aaron Paul are some of the best of the movie, capitalising on Forster’s signature craggy decorum.

Speaking of whom, this is undoubtedly an Aaron Paul showcase. Almost every scene involves him and he’s as charismatic as ever, despite playing a broken version of Jesse who’s been through hell. The character’s tragic arc firmly took hold in late-season 3, so it’s worth remembering that the happy-go-lucky “yo, bitch!” attitude everyone remembers about Jesse had shrivelled away by the end.

Here, Paul has to obviously play two versions of a browbeaten Jesse (one going through mental and physical suffering, one trying to get over the trauma and find peace), but there are still a few moments when the ‘classic’ version of Jesse breaks through. Most notably in a flashback where Jesse’s reunited with “Mr White” for a scene inside a diner with their iconic RV parked outside. Both Paul and Cranston look noticeably older, as they’ve aged a decade more than their characters should have done, but they make it work. (I’m sure viewers are willing to overlook the fact Walt’s moustache is thinner and greyer and Jesse’s somehow fatter than he was before he got locked up by Nazi’s.)

It’s impossible to enjoy El Camino if you’ve never seen Breaking Bad because the depth to Jesse’s character and all the emotional context comes from 62 episodes of TV that preceded it. I don’t recommend anyone jumps in here out of curiosity, as that would be terribly foolish! El Camino is designed to be watched by dyed-in-the-wool fans keen to know what happened to Jesse Pinkman, with another two nights spent in this sordid criminal underworld.

Gilligan knows this place and its characters inside-out and doesn’t miss a step when it comes to transforming relatively small moments into edge-of-your-seat experiences that feel like mini-movies. From a sequence where two FBI agents searching a house Jesse’s hiding out in, to an unexpected quick-draw shootout inside a welder’s office, El Camino offers some startling moments to bolster a storyline that’s admittedly much thinner than the average Breaking Bad hour. 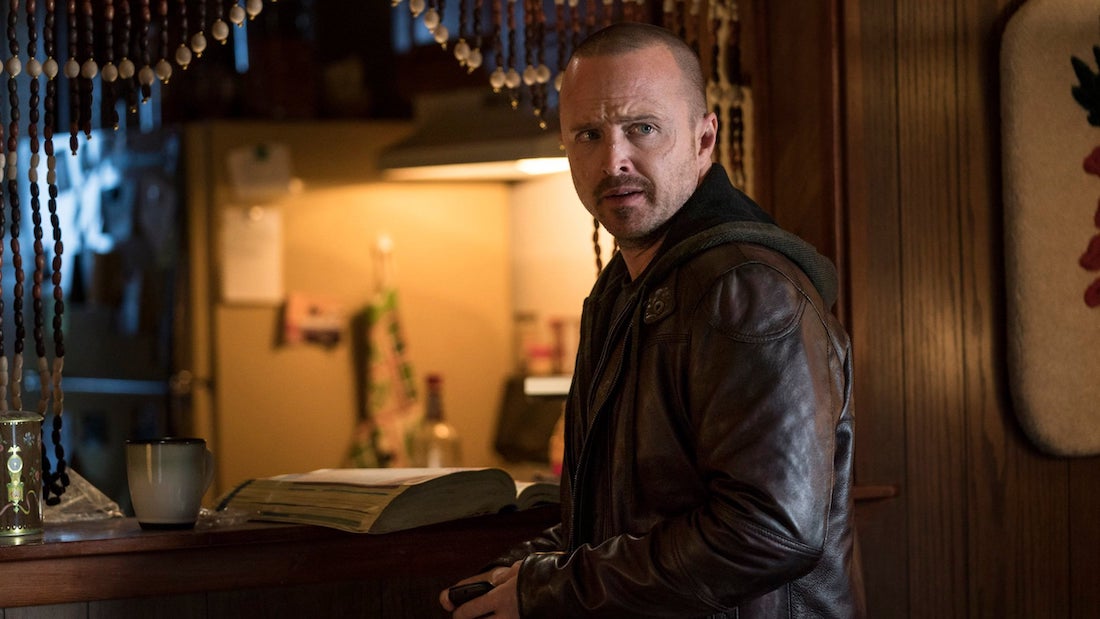 For fans of Breaking Bad, this is clearly an essential and unforeseen treat Vince Gilligan and his team somehow managed to shoot in secret over three months. It apparently started as an idea to make a 10th-anniversary short film set in the Breaking Bad universe, before Gilligan realised a full-blown sequel was doable and he wanted to work with Aaron Paul again to answer a few lingering questions. El Camino gives Pinkman firm closure, even if that stops fans from speculating about his once-ambiguous fate.

I’ll take coda over conjecture any day. El Camino: A Breaking Bad Movie made the show’s final season seem even better, now we know the exact cruelty and despair Jesse went through alone. It helps colour the finale’s climax deeper, as the flashbacks are like chunks of missing information the writers didn’t have time for during the last season.

Breaking Bad was an amazing show and El Camino is a wonderful way to cap it off, giving us one extra hit. Ironically, the show’s style and attitude work like a drug. And now I’m even more excited to find out what happened and happens to Saul Goodman when Better Call Saul returns…

Written By
Dan Owen
More from Dan Owen
When a teenage boy realises his next door neighbour is a vampire,...
Read More