Chris Morris delivers another dark political satire, his first since suicide bomber farce Four Lions (2010). The Day Shall Come opens with the words ‘Based on a Hundred Stories’ and again raises questions about where our sympathies should lie: with government or those fighting for a better life?

Kendra Glack (Anna Kendrick) is an ambitious FBI agent looking to make a name for herself at the Bureau, who realises the best way is to prevent the next 9/11-style atrocity. To deliver on this, Glack finds a self-styled Miami-based preacher called Moses Al Shabaz (Marchánt Davis) through Facebook, who’s creating his own anti-violence commune (of four). Moses suffers from unspecified mental health issues that lead him to believe God spoke to him through a duck and told him to build a church… but he has nothing but good intentions. He just wants to end racism, help remove black youths from gangs… and resurrect the dinosaurs with an air horn.

Moses and his followers are harmless oddballs, but that doesn’t stop Glack and her overzealous FBI colleagues from making him their next target. His commune, the Star of Six, is made up of locals frustrated by the city’s racial disparities that only appear to be worsening. But, for Glack, this isn’t about infiltrating a terrorist cell to stop killings, it’s just a chance for easy promotion. She and her boss, Andy Mudd (Denis O’Hare), ponder whether it’s worth going for a black preacher when brown targets are more on-trend. It’s the type of conversation one hopes is grossly exaggerated but it’s probably not. 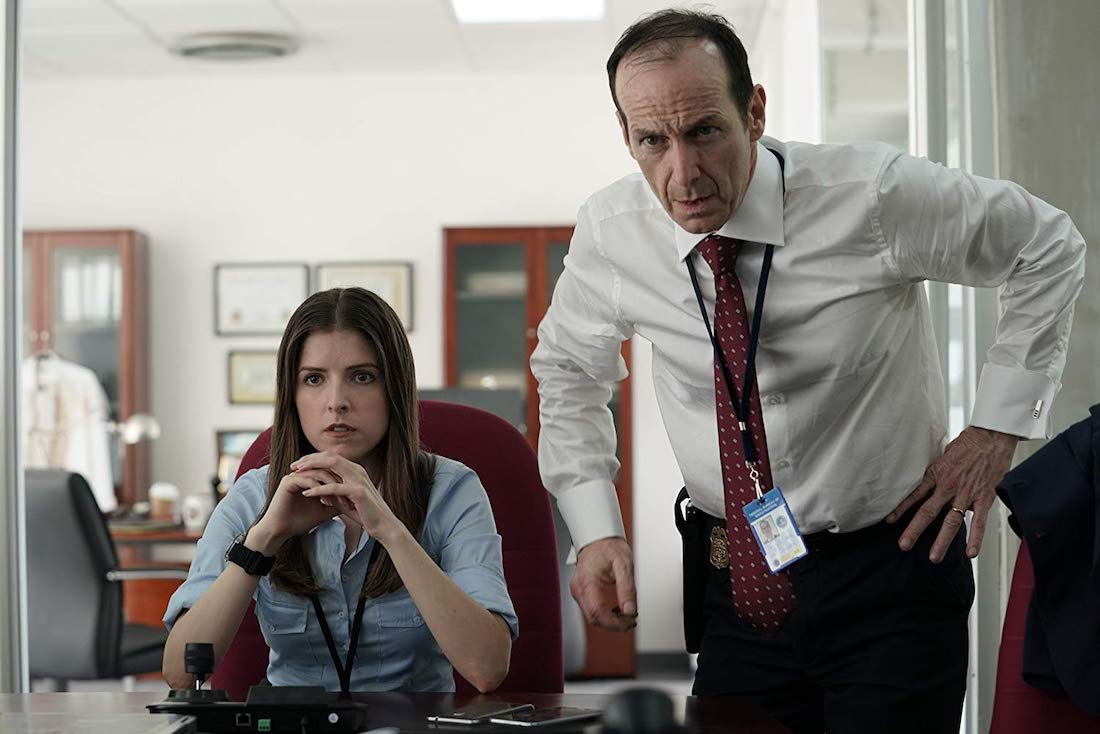 The Day Shall Come raises the stakes as the FBI tries to set up Moses and his followers so they can later arrest them. Riding around on a horse in a shower curtain claiming he has telekinetic powers isn’t behaviour that interests the FBI… but setting Moses up with fake guns and nuclear weapons means there’s enough evidence to make an arrest.

Local paedophile and shopkeeper, Reza (Kayvan Novak), and a Syrian refugee hoping to stay in the US, Nura (Pej Vahdat), are asked by the Bureau to pose as Middle Eastern men with connections to Isis. The pair attempt to recruit Moses as an ally to the Islamic state and Moses, desperate for cash to keep his family housed, obliges them. Just when the FBI thinks they’ve caught him taking Isis work, Moses’s conscience kicks in and they’re back to square one.

The FBI soon lose focus on what they should be doing to protect their country and become obsessed with catching this one seemingly innocent man. It’s a farcical concept that successfully toes the line between satire and absurdism. Sadly, you don’t have to look far to see this is a real occurrence that happens in America. Morris has stated in multiple interviews that the most farcical elements are the ones closer to the truth. 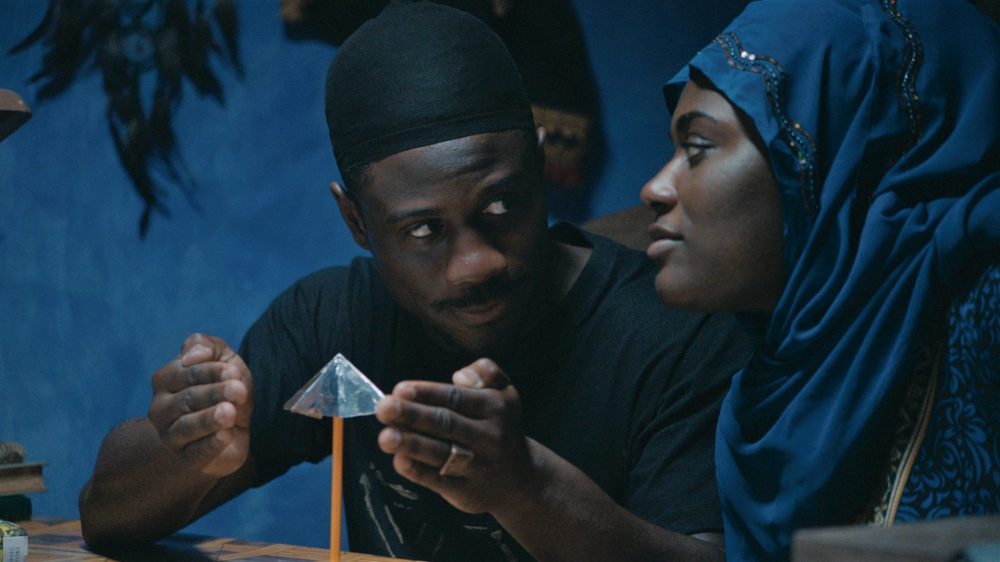 Morris and co-writer Jesse Armstrong (Succession, Peep Show) write about the FBI in the same way Armando Iannucci writes about government. They’re both a mix of overly ambitious and immature people who shouldn’t be allowed to look after a guinea pig, never mind be entrusted with national security. This screenplay is a masterclass in how to make jokes out of someone with mental illness without ever mocking him.

The Day Shall Come offers every type of comedy one could ask for. There are sharp one-liners, visual gags as Moses trains his tiny army on a patio, satirical comedy regarding Bin Laden not being real, commentary on how the media handles terrorism-related news, and the awkward type of dark comedy Morris helped bring into the modern age 30 years ago on British television. The humour includes jabs at Isis, Nazis, black gangs, drug dealers, and Al-Qaeda.

This movie does the same thing to Moses as Four Lions did with amateur Jihadis… it makes them empathetic through their cluelessness. The plot hangs on our lead being compassionate, charismatic, and likeable, and not just a total nutcase whom the Feds are correct to dislike. Moses Al Shabaz is part con-man, part dreamer, part revolutionary with good intentions, even when he talks about raging a war on the gangs killing young black men and the white gentrifiers ruining his hometown. He’s truly a multi-dimensional character, superbly performed by Marchánt Davis. The juxtaposition between Moses’s revolutionary ideas and madcap schemes is part of the comedy, but they’re also the reason audiences will end up rooting for him. The ending would be significantly less impactful without Davis’s performance and the sadness he conveys in his eyes. 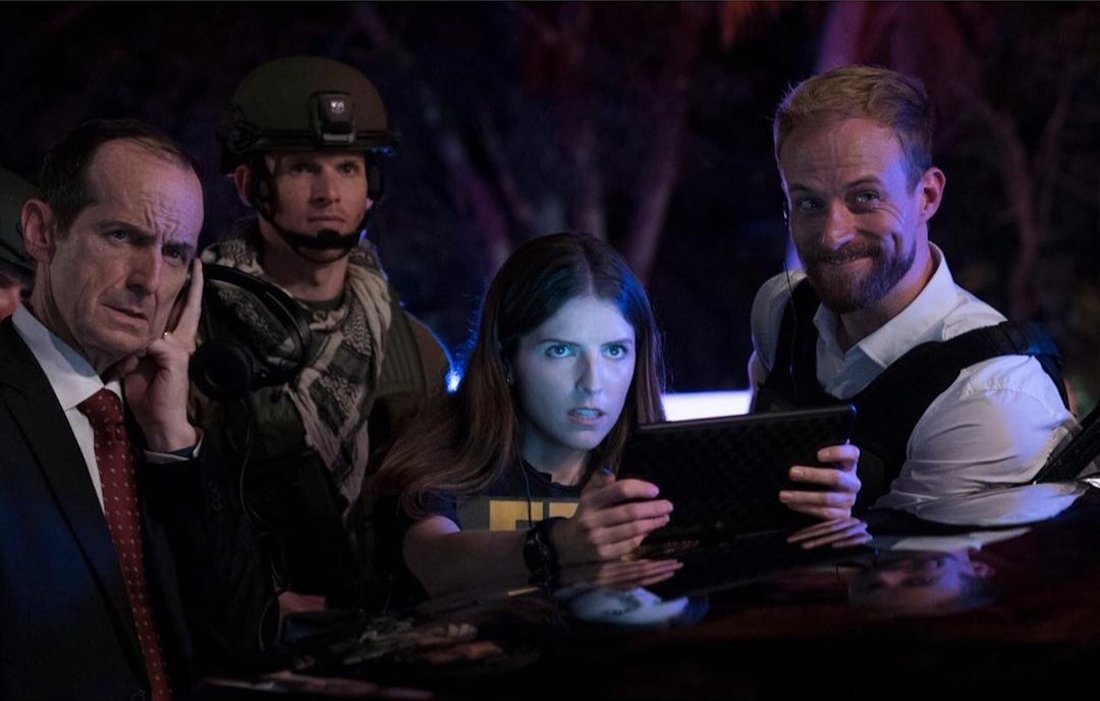 Danielle Brooks (Orange is the New Black) also brings a natural warmth to her role as Moses’s wife, Venus, who’s one of the first to notice her husband’s scheme is getting out of control. Kendrick delivers another solid performance as a government agent who soon regrets her own ambition, and O’Hare is a highlight as an egotistical and ruthless FBI boss with hints of The Thick of It’s Malcolm Tucker.

The truth laid out by the film’s sobering finale is simple to understand and will leave audiences walking out of the cinema breathless. Not since BlacKkKlansman (2018) has a finale with so many laugh-out-loud moments also felt like such a slap in the face!

Sometimes it feels like two separate films with two distinct types of comedy are co-existing: a political satire and an absurdist comedy. The two come together in the final act to make for a very affecting finale. At just 88-minutes in duration, The Day Shall Come is well-paced and smartly doesn’t milk its plot. It makes its point without going down any unnecessary avenues. From the man who brought us classic news satires The Day Today and Brass Eye, The Day Shall Come is a delicate balancing act between the absurd and the devastating. 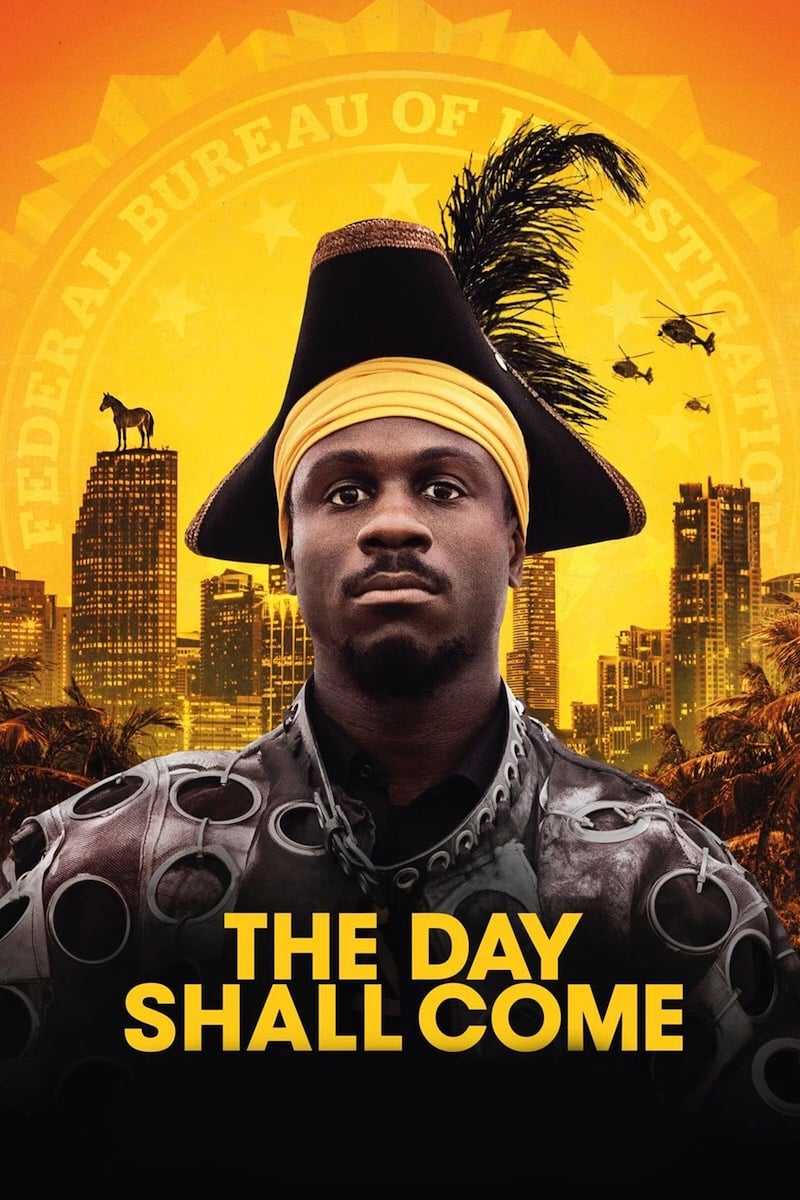