2019’s Cannes Film Festival offered a slightly more subdued La Croisette than previous years. Well, until Quentin Tarantino rolled into town with Once Upon a Time in Hollywood. There were several standing ovations, angry press conferences (Tarantino again), and one catastrophe so bad the director had to apologise for it (Mektoub, My Love: Intermezzo, which was described as “the Lawrence of Arabia for creepy pseudo-pornography”).

Hoping to dig his family out of poverty, Ki-Woo (Snowpiercer’s Song Kang-ho) infiltrates a wealthy family’s household and replaces their staff with his own brood. This new take on a home invasion movie starts as a class concerned farce and slowly transforms into a terrifying, violent thriller.

Described as a mix of the situational comedy Home Alone (1990) and dark dialogical comedy of Burn After Reading, (2008) Parasite has been praised for its stinging capitalist class commentary and the incisive questions it offers regarding the tired socio-economical society we live in.

Okja (2017) and Snowpiercer (2013) director Bong Joon-ho’s movie won the Palme d’Or in a unanimous decision. It’s the first time a Korean director has taken the honour.

Sorry We Missed You

Ken Loach returns to Cannes after the triumph of I, Daniel Blake (2016), with the British director targeting the bleakness of the gig economy.

Set in Newcastle, England, this film centre on Ricky (newcomer Kris Hitchen), a hard-working labouring who hopes to become his own boss as a freelance driver working “with” a franchise company. Ricky and his wife Abby (Debbie Honeywood), a carer for the elderly, aim to buy their own home by selling their car so Ricky can purchase a van for work. But their home life is affected by very long working hours, and their teenage son going off the rails in his parent’s absence.

Sorry We Missed You has been described as a modern horror film. Only this time the villain isn’t a mask-wearing murderer, it’s capitalism. Like all of Loach’s best work, it’s grounded in realistic and likeable performances that help deliver a plausible, stirring drama.

Terrence Malick brought a lower-budget film to Cannes, after winning the Palme d’Or for The Tree of Life (2011). August Diehl (Inglourious Basterds) and Valerie Pachner (All My Loving) play a loving Austrian couple with three little girls who all live in an idyllic farm in the Alps. When he’s called to serve he realises he can’t be loyal to Hitler, making him a pariah in a community who must stand trial and face possible execution.

A Hidden Life is a stylised portrayal if the emotional and spiritual trauma of one man’s internal life. One of Malick’s longest productions to date this film feels all too relevant in the current political climate.

Portrait of a Lady on Fire

Céline Sciamma’s (Tombo, Girlhood) muted costume drama hides a modern wildness under the corsets and sly smiles. Set in a small Bretagne island in the late-18th-century, Marianne (Noemie Merlant) arrives to paint the wedding portrait of a young aristocracy (Adele Haenel), who’s famous for making life hell for artists… but Marianne soon falls in love with her. The film has been one of the biggest success stories from Cannes, hailed as a masterpiece not just for its tender portrayal of love but its accurate portrayal of female identity through art.

Portraits of a Lady on Fire won the 10th annual Queer Palm, the first time it’s gone to a female director. 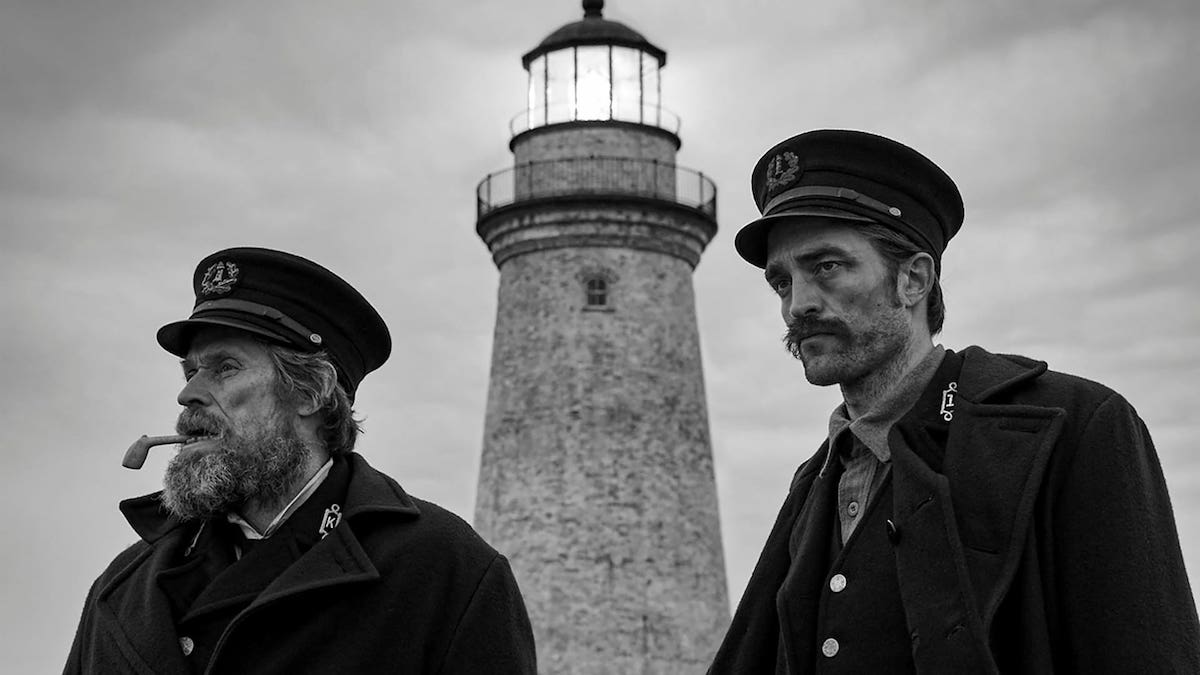 The Lighthouse is Robert Eggers’ new black-and-white psychodrama, and this follow up to The Witch (2015) drew comparisons to Bela Tarr and Stanley Kubrick. Willem Dafoe plays an ageing lighthouse keeper and Robert Pattinson his prodigy. Their isolated outpost, where they erotically hallucinate mermaids and heavily drink, slowly drives them crazy. Much like The Witch, the film doesn’t want to reveal if it’s a horror about the supernatural or a psychological thriller about delusion. The two-hander was critically acclaimed and has already been tipped for awards victory next year, with Pattinson’s performance likened to Jack Nicholson’s turn in The Shining (1980).

The Lighthouse won the Cannes Film Festival critics’ award for the best first or second feature in Directors’ Fortnight and Critics’ Week.

Pain & Glory is being hailed as a comeback for Pedro Almodóvar (Volver, Talk to Her). Antonio Banderas plays an ageing Spanish arthouse director and Penelope Cruz his mother during flashbacks. This introverted film studies the life of a lonely filmmaker suffering from back pains, anxiety, migraine, and writers’ block, only surviving on alcohol and heroin. Filmmaker Sava is stuck lingering on regrets, mourning relationships and the death of his mother. The film seamlessly flips between the past and present through moving vignettes of Cruz with the young Salva and older Salva. This is a softer and more reflective side of both Almodovar and Banderas.

For the first time in its 72-year history, the Cannes Film Festival had a film directed by a woman in its main competition. Mati Diop’s Atlantique is a haunting romance set against the backdrop of class division in Senegal. Ada (Mama Bineta Sane) is a poor Dakar native who is set to marry a well-to-do playboy, Omar (Babacar Sylla), but spends more time in secret seaside encounters with her true love Souleiman (Ibrahima Traoré).  Souleiman is helping build a luxurious skyscraper and not getting paid what he deserved for his efforts. Souleiman and a dozen of his co-workers board a small boat and set sail for Spain. Ada soon learns that it did not end well for her lover.

Sitting between realism and fantasy. It starts as a love story set in a repressed world where two people are trapped by their situations and then evolves into something completely different. Atlantique is a film best gone into without knowing the exact plot details.

Jim Jarmusch’s (Only Lovers Left Alive) celebrity-filled zombie comedy didn’t get quite the reception that was expected when it opened Cannes 2019. Bill Murray, Adam Driver, and Chloe Sevigny play three hardworking cops in a small town that includes a plethora of unusual inhabitants like a grumpy farmer (Steve Buscemi), a likeable diner regular (Danny Glover), and a funeral home owner (Tilda Swinton). Soon, corpses start to twitch and the dead stop staying dead, being reanimated with their own unique zombie qualities. For instance, Iggy Pop (looking totally normal) is obsessed with drinking coffee. This won’t be the film for you if you don’t enjoy meta-humour and wry flippancy but is sharp enough to please fans of the zombie sub-genre.

Frigid plant scientist Alice (Emily Beecham) has developed a new strain of flower whose scent emits a rush of happy hormones to the brain. She brings one of her anti-depressant plants home to her neglected son, Joe, and the plant has adverse effects. This darkly humorous film from Aussie filmmaker Jessica Hausner (Amour Fou, Lourdes) has been plagued by comparisons to Black Mirror. Based on the concept ‘what if Frankenstein’s Monster was a woman?’, Little Joe explores very modern anxieties about genetic control and corporate control. English actress Beecham (TV’s Badlands) won the Best Actress award for her leading role here.

Cannes isn’t the place you expect to find the next big US indie comedy, but The Climb made waves at the famous French festival. On a bike trip through the French Alps, Mike (director Michael Angelo Covino) reveals he’s been sleeping with his best friend Kyle’s (co-writer Kyle Marvin) fiancé. The first scene is this reveal, played out in one long take. Actually, every scene in The Climb is filmed in one take that follows the pair’s relationship through a funeral, a wedding, a bachelor party, two holidays, and an uncomfortable skiing trip. This is a mature story about friendship through the years and it had audiences laughing and gasping in equal measure.