Support the Girls tells of a niche part of American culture, where pretty girls in cutoffs and crop tops serve beer and burgers to a mostly male clientele, whilst still declaring their restaurants to be family friendly. The story’s set inside a Hooters-style bar called Double Whammies, but this isn’t the misogynistic top-shelf comedy such a location implies. A diverse female-led cast offers startling insight into the lives of working women; a demographic that has been at the centre of many empowering Hollywood depictions, but most women don’t have time for Girl Power when they need to stay employed and keep a happy home.

The film focuses on long-time Double Whammies manager Lisa (Girls Trip’s Regina Hall), whose duties extend way past the workplace. For many of the young girls who work there, Lisa’s a mother figure; a comfort during their personal crises, who also gives sage advice, or ferociously throws out any man who disrespects her employees. But, like a lot of women in the workplace, her boss (James LeGros) fails to give Lisa any credit and instead frequently disrespects her and even uses casually racist language around her. 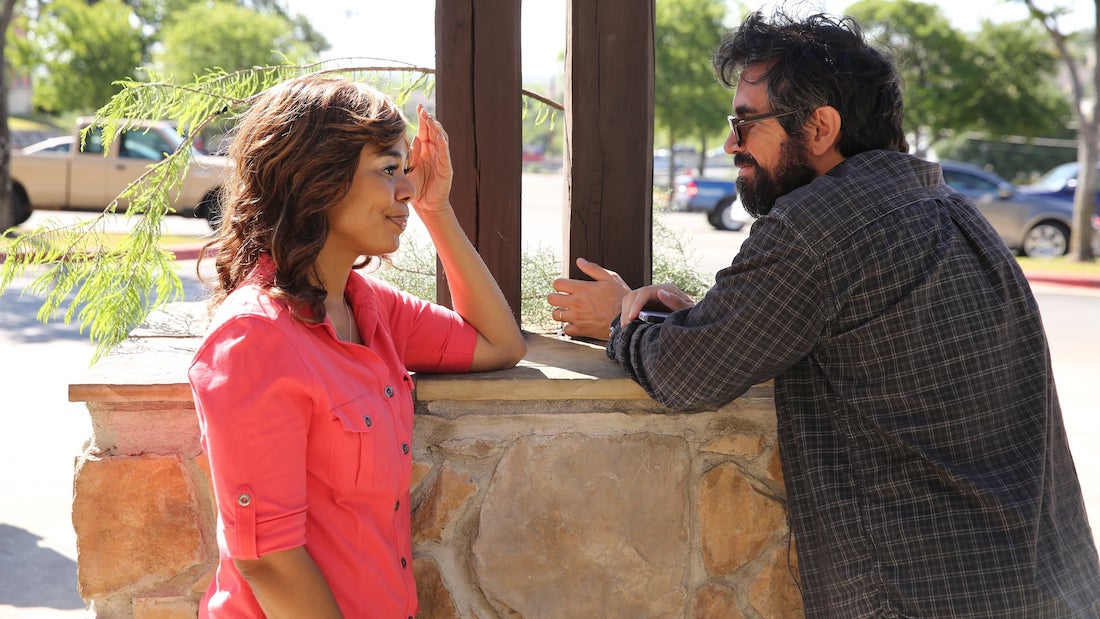 Hall, a veteran of Hollywood, has only recently begun getting the respect she’s long deserved, mainly due to her performance as straight-laced Ryan Pierce in Girls Trip (2017). She’s even better in Support the Girls, even if she doesn’t get a big emotional monologue this time, as Hall cleverly underplays the moments where the script falls into self-righteousness. It’s a shame these quiet, layered portrayals of real women get ignored during awards season, however, as it only received a limited US release in August 2018. 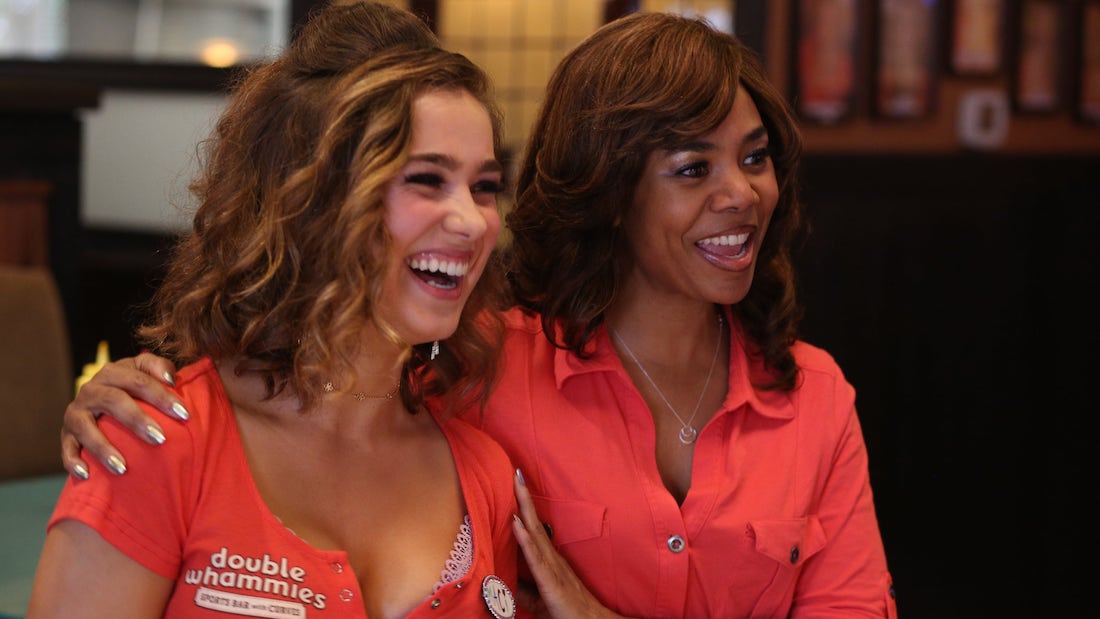 Support the Girls offers very little plot-wise, alas. Much like everyday life, Lisa rushes around navigating minor problems like fixing the cable and flat hunting, all with good humour. The whole day is a series of minor annoyances that lead to a big fight. Even the more important events (like one of her waitresses attempting to mow down her ex, or the robber stuck in the ceiling tiles), are addressed with the same tone as mundane problems like broken cable, rude customers, and someone’s unsightly tattoo. Laughing’s the only thing that keeps these ladies ploughing on throughout the day… but everyone has their breaking limit, and Regina Hall shows the slow grinding down of her good nature perfectly.

Despite the comedic tone, the issues in this film are serious and it tackles problems that feel relevant to the modern working woman. Support the Girls knows the issues of workplace harassment and casual sexism, but it also knows that women in these bars have to walk the line in order to earn vital tips. It also sees through the diversity initiatives so many companies enforce yet never truly put into practice. It also speaks about the stereotypes black women are expected to be, the perils of being a working single mother, and the problem with the US medical system. As much as this film is about working women, it’s also about men and the way they unknowing make women’s lives harder. 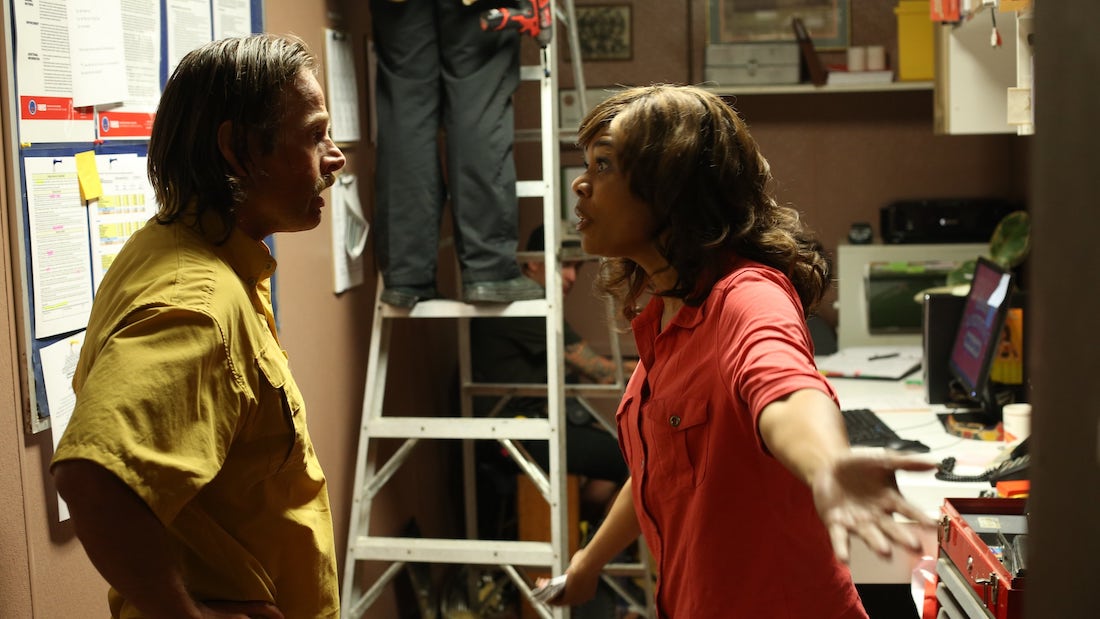 Andrew Bujalski’s film wears its feminist badge with pride but it’s never smug about its diverse female cast. In the hands of many other writer-directors, this film would have been a cutting exposé on social issues. It’s almost impossible to address how race and class are oppressively bound within the US without lecturing, yet this film hits all the right spots. Whilst Support the Girls does address the many issues facing lower-income Americans, it never feels preachy and instead chooses to celebrate hard-working women supporting each other through life. It’s funny and smart but never stops being honest. There are very few heart-warming workplace comedies that speak of institutional sexism and immovable structures of casual racism

Where Support the Girls suffers is with its drifty plotting, which becomes unmoored and lost in realism. Bijalski, who also wrote the script, doesn’t lean on shocks and plot twists to create tension, but that often means it feels like the narrative needs to be spurred on by something. Despite coming from the brain of a male Harvard graduate, there’s something tactile about the world being presented, as it’s filled with details borrowed from life and not from other films—the plastic milk crate used as a planter, the electronics shop with its pleather reclines and overenthusiastic staff, and the white socks and sandals their boss wears… all help to create a totally believable world.

The camera work is intimate, filling the frame with the faces of the naively beautiful Double Whammies staff, but cinematographer Matthias Grunsky (Bujalski’s regular collaborator) knows when to emphasise Lisa’s loneliness, taking a moment to linger on her sitting alone on the curb waiting for her ride, or in the eerily empty restaurant kitchen.