I wasn’t surprised to learn that The Witch’s writer-director, Robert Eggers, is from New England (his hometown is Lee, New Hampshire, about an hour from where I grew up). The film, which opens in a Puritan village, may have been filmed in Canada, but Eggers (also a production designer) and his crew put a great deal of care into every visual detail. Having grown up around farmhouses like the one where the film takes place, and other remnants of 17th-century life, The Witch feels like it takes place in my own backyard, which made the already-chilling “New England Folktale” (as its subtitle describes) all the more unnerving.

Eggers has talked about his memories of growing up in New England and how they inspired The Witch, and I left the film thinking about how the Puritans’ influence has lingered here, not just in their art and architecture but in our collective self-identity. The spirit of defiance that motivated their journey to a new world, the religious fundamentalism and sexual hysteria, the patriarchal attitudes towards women and the family dynamic—that these are all a part of our heritage goes a long way towards explaining New England’s self-contradictory nature, which is paradoxically anti-authoritarian and yet deeply repressed. That I was thinking about these things after a movie that features a sinister goat demonstrates what an unusually contemplative and serious-minded horror movie Eggers has made. 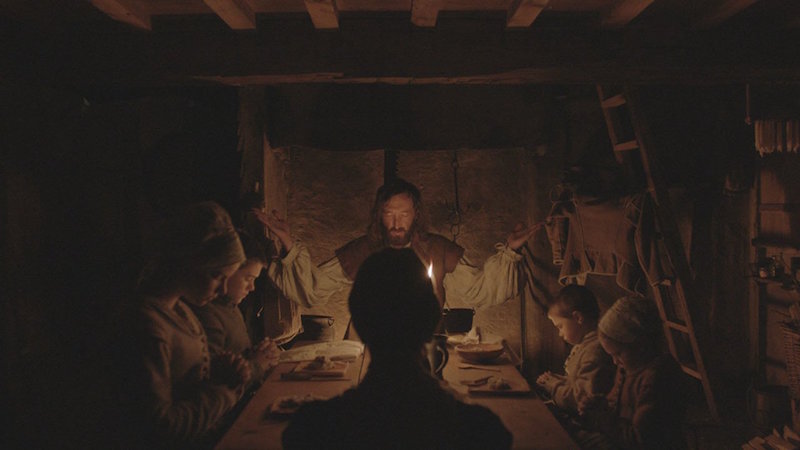 The Witch begins with a family—William (Ralph Ineson), Katherine (Kate Dickie), teenagers Thomasin (Anya Taylor-Joy) and Caleb (Harvey Scrimshaw), twins Mercy (Ellie Grainger) and Jonas (Lucas Dawson)—being excommunicated from the village for William’s crime of “prideful conceit.” They’re soon living on a small patch of land on the edge of a large forest that the villagers believe is haunted by wicked spirits. And they’re not wrong; while the movie is ambiguous in some of its details (such as the exact nature of William’s crime), it lets us know early on that the titular witch isn’t merely a product of the villagers’ imaginations. The movie jumps ahead several months, as William and Caleb struggle to raise crops and Katherine has given birth to a baby boy, Samuel. Before long, poor Samuel is snatched away by the witch, who has unspeakable plans for him that I won’t spoil here. It’s a disturbingly effective sequence that lingers in the memory during The Witch’s many moments of quieter tension; while the story takes its time we’ve already experienced Grimm-level grotesquerie and know that the witch, and the movie, is capable of anything.

I won’t hint at what happens next, except to say that the witch sure has it in for William and his family. This isn’t a typical witchcraft/possession movie, filled with cheap shocks and gross-out gags. Now, I happen to like cheap shocks and gross-out gags, but it’s rare to see a contemporary horror movie that’s more interested in deeper psychological horror. While there are a number of effective scares throughout the movie, it’s the cast members’ believably tormented performances—often framed in austere, Bergmanesque closeup—that lingered in my memory. The Witch evokes movies like The Shining, The Innocents, and Session 9 in how its monster preys on her victims’ weaknesses. This witch seems less interested in killing William and his family than in attacking their faith and breaking down their trust in each other, and once her intentions are fully revealed, what happens next is at once terrifying and exhilarating. While lots of horror movies promise to shock their audiences, it’s rare to see one willing to follow its premise to genuinely transgressive places. 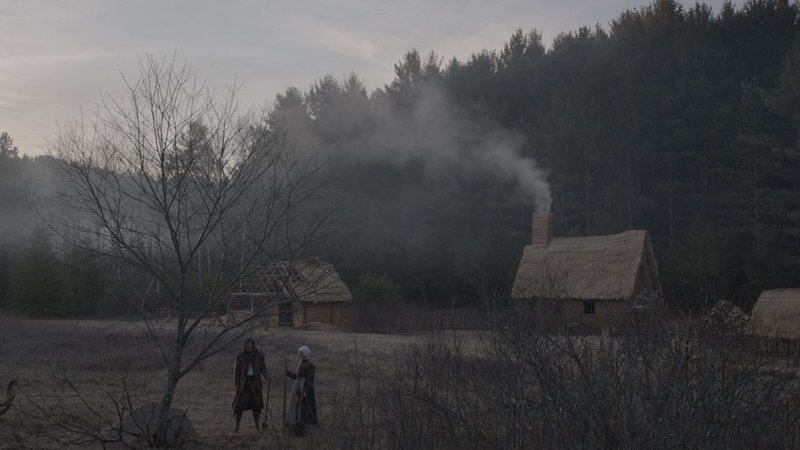 The movie has provoked a variety of interpretations, including an endorsement from the Satanic Temple, who hailed it as a “transformative satanic experience.” That part must have gone over my head, because it seems Eggers is empathetic towards his god-fearing characters as they discover the Devil is real and could be compelling any one of them (or the goat). I agree with my friend Bill Ryan, who wrote at length about how it’s more fruitful to consider the movie’s roots in folklore than to interpret it through a particular contemporary lens; if there are elements of the movie that reverberate with contemporary feminism, atheism or what have you, it’s because Eggers is taking these archetypes seriously enough for them to retain their power.

And he takes them very seriously—there have been plenty of pieces scolding multiplex audiences for not liking this movie, but can you really blame someone who expected, say, Paranormal Activity for being mystified by a movie that relies heavily on atmosphere and suggestion? I’m always up for arty horror, and I had to stifle a few unintentional laughs, not because the movie was bad but because it’s so relentlessly bleak that laughter becomes a defense mechanism (plus, there’s a goat in it). That’s not really a criticism—I just wanted to give Eggers a hard time because of his dismissive attitude towards the vast majority of horror movies (also, that an art director can’t appreciate Suspiria is confounding). But so did Kubrick when he was promoting The Shining, and while The Witch isn’t quite on that level (understandably, because it’s the freaking Shining), it’s exciting to see a horror filmmaker reaching towards such an impossible goal and getting remarkably close.