Following on from his acclaimed Snowpiercer (2014), Bong Joon-ho’s Okja is another ecological message wrapped up in visually striking sci-fi with a talented cast. Only, this time, it’s telling a smaller and sweeter story about a girl and her animal best friend. Co-written by Jon Ronson (The Men Who Stare at Goats) and Bong, Okja has a familiar oddness we’ve come to be expect from both men, as they continue to push artistic boundaries to make their points.

Competing for the Palme d’Or at this year’s Cannes Film Festival to much controversy (due to Netflix distributing it on their service, bypassing a normal theatrical release), Okja was nevertheless given a standing ovation by the end credits.

Okja is set in an alternate universe, where the Mirando Corporation, led by villainous CEO Lucy Mirando (Tilda Swinton), have created a new animal that will provide more meat for the world’s growing population with a reduced carbon footprint. That beasts are adorably-named ‘super pigs’ (pig-hippo hybrids with shades of The NeverEnding Story’s Falcor), and as part of a PR stunt 26 of them are sent to farmers around the world before a global competition in 10 year’s time to find the ‘best in show’. 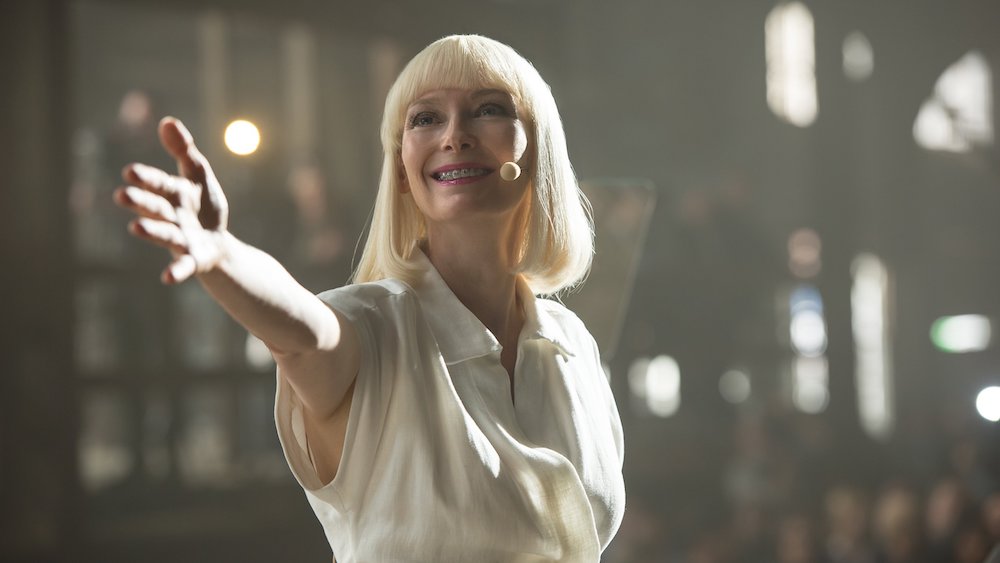 A decade passes and, in the beautiful mountains of South Korea, a young girl called Mija (Seo-Hyun Ahn) and her grandfather are living with their own super pig, named Okja. But when the bizarre Dr. Johnny (Jake Gyllenhaal) shows up to assess Okja for the porcine contest in New York, Mija’s decides to take a trip to America and work with the Animal Liberation Forces to save a creature who’s become part of her family.

The casting in Okja is strong and delightfully varied. Seo-Hyun Ahn is simply perfect as Mija, the young protagonist, showing a maturity far beyond her years. She blends Mija’s sweet innocence with rage in a way that feels so well-earned. Evil Lucy Mirando is played as a cross between a terrified child and Cruella De Vil by Tilda Swinton (who also starred in Snowpiercer), suffering from daddy issues and sibling resentment. But it’s the villain’s unexpected fragility that tempers what might’ve become a more outwardly amusing baddie in lesser hands.

Other standouts include Paul Dano as Jay, leader of the Animal Liberation Forces, who plays his character with a quiet, calm determination. Gyllenhaal’s portrayal of Dr. Johnny Wilcox, a washed-up TV star whose Steve Irwin-esque stylings don’t match his deranged personality and behaviour, offers some of the actor’s best work. He clearly excels with characters who are unpleasant and weird (see: Nightcrawler), and this one’s no exception. 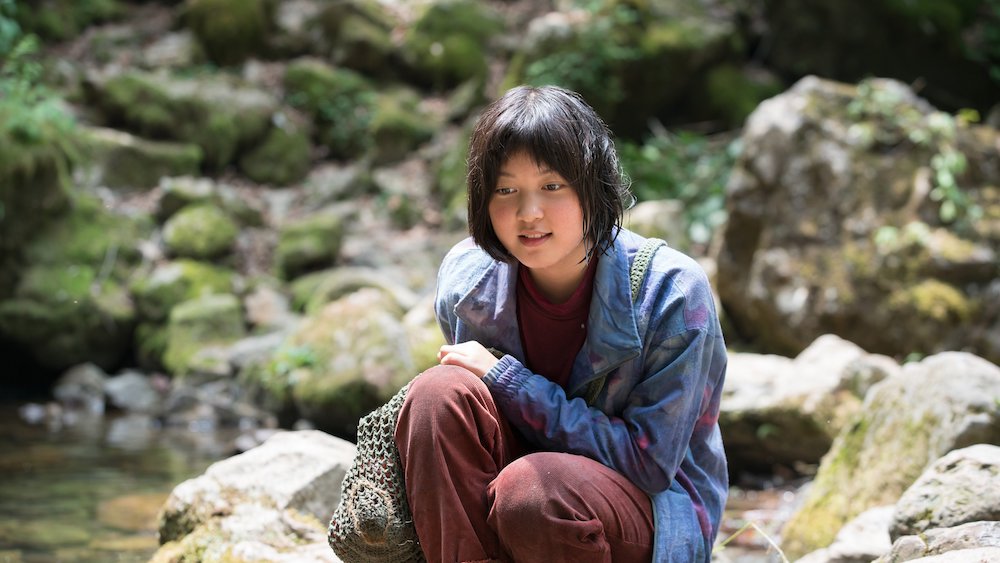 Visually, the beginning of Okja is reminiscent of a Studio Ghibli animation, with a focus on the beauty of nature and the charming bond between man and beast. It has a brightness and sweetness to it that’s rare to see in science-fiction today, and thus very enjoyable to watch. The film’s use of colour is also interesting, with an eventual focus on grey, silver, and antiseptic white showing how far Mija and Okja stray from their comfort zone.

The message behind Okja truly hits home in the heartrending final act, where the greed and power of big corporations is shown in often graphic detail, as the Mirando Corporation’s masterplan comes to fruition. It honestly becomes quite difficult to watch, which itself says something to the audience, who’ve been trying not to see what’s really going on for too long. Here, we’re faced with the horror of capitalism overshadowing human kindness, with conveyor belts and bolt-guns making matters crystal clear. 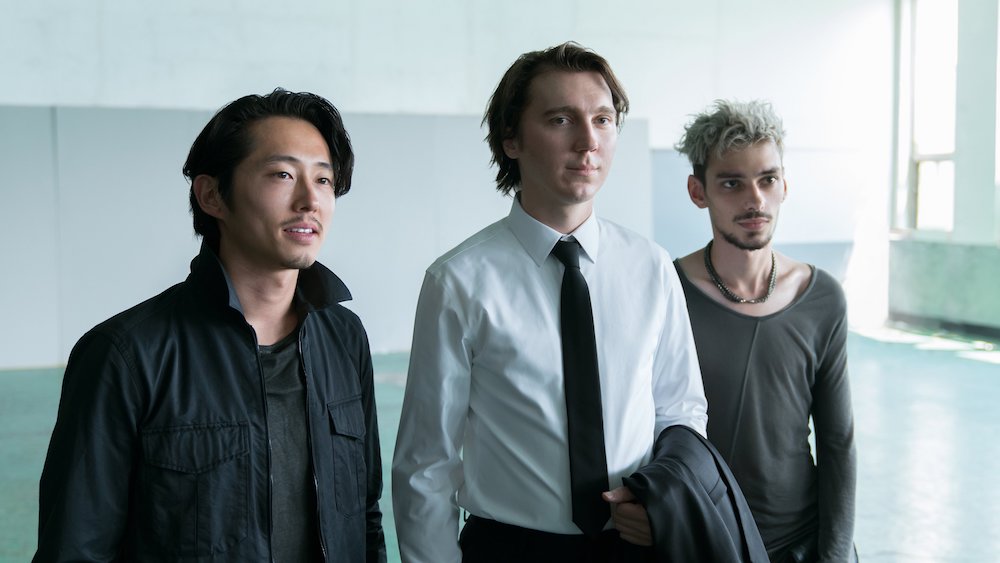 The Mirando Corporation is definitely not a company offering kindness to it’s livestock, and Okja will hopefully encourage consumers to consider where the meat on their plate has come from. It’s to the credit of Netflix that they’ve allowed Bong to tell this story exactly as conceived, no matter how difficult it becomes to watch.

Okja is an interesting film, blending an ecological morality tale with the cute tale of a friendship between a girl and her unusual pet. The concept might sounds silly, but as the story unfolds it draws you into these characters and following their journey together, through to an eventual fight for freedom. The casting is so spot-on that the characters, rather than the stars playing them, become the focus of the narrative, which makes it easier to fall deeply in love with the story. There are shades of other well-loved films here, too, from the aforementioned NeverEnding Story (1984) and E.T: The Extra-Terrestrial (1983), of course, to a chase scene rivalling the one in Blues Brothers (1980).

A heartfelt ecological action movie isn’t something you see every day, either on Netflix or at the multiplex, so I implore you to give Okja a viewing.