Would you like to win a copy of the 20th anniversary edition of Buffy the Vampire Slayer? Of course you would! So, read on... 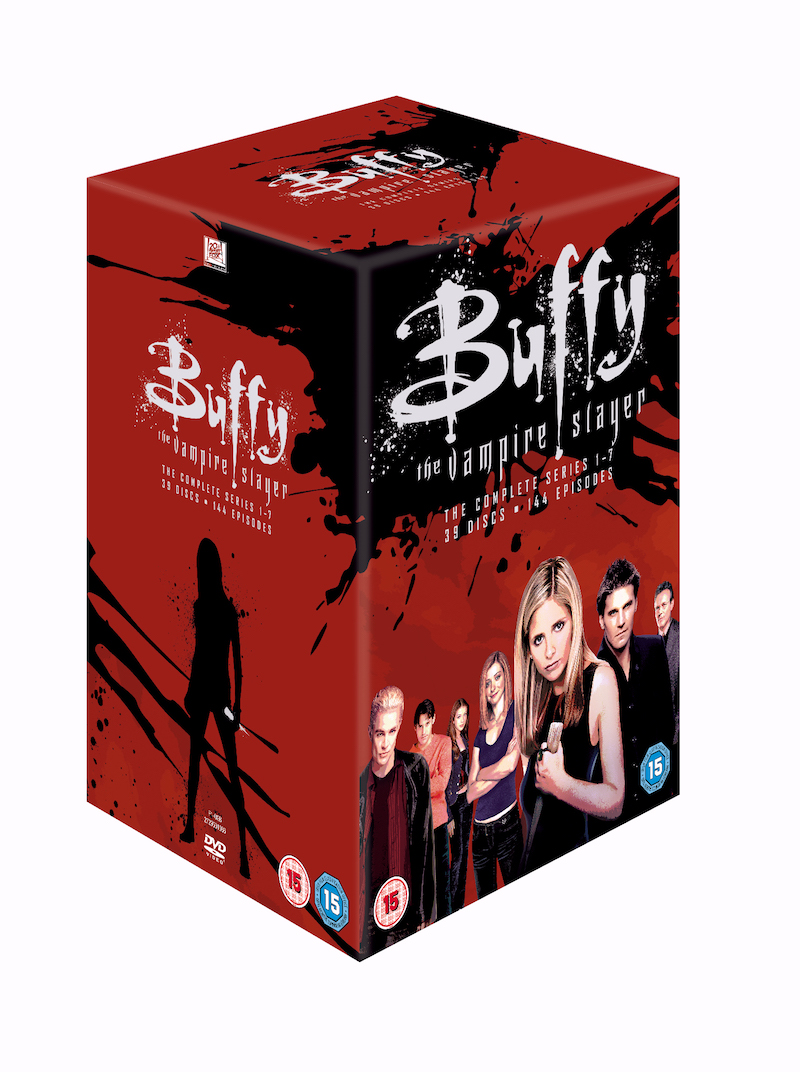 The teen years can be brutal. Especially when you’re Buffy Summers (Sarah Michelle Gellar), a high school student destined to slay supernatural, blood-sucking baddies instead of hanging out at the local mall. Over seven seasons of this thrilling, witty drama from the 1990s, Buffy struggles to maintain allies in the fight against evil, while also engaging in on-off romances with a moody vampire or two. Now you can own this 39-disc set containing all 144 episodes of one of the smartest, funniest, most action-packed series ever to slay on the small screen.

To be in with the chance of winning a copy of Buffy the Vampire Slayer on DVD, just answer this question:

Where does the series take place?

Please enter using the form below, using the subject ‘Buffy DVD‘, and remembering to include a delivery address in the UK and Ireland. The deadline for entries is Sunday 17 September @5PM (GMT). Entries received late will be deleted, and the winner will be chosen at random and informed by e-mail that same day.

BUFFY THE VAMPIRE SLAYER will be available on DVD from 18 September 2017 to celebrate its 20th anniversary.