Both Manhattan and Midsummer are turning points in Allen’s career, as the former is the last official film of the Keaton era—if we exclude her part in Radio Days (1987), and her reappearance in Manhattan Murder Mystery (1993)—and the latter is the first of the 13 features Allen made with Mia Farrow. The most devoted fans will also know that Stardust Memories and Purple Rose are two of Allen’s personal favourites, making this collection particularly interesting. 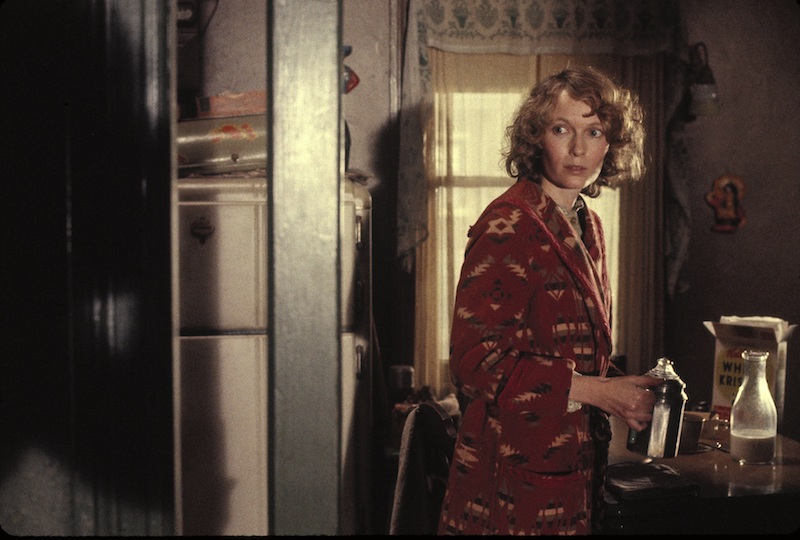 As Allen admitted to the Guardian 15 years later, in fact, Purple Rose is one of few films that ended up being “fairly close” to the initial concept he had in mind. It’s not difficult to see why, considering how well it encapsulates so many of Allen’s typical motifs: the setting in a fascinating historical moment, characters struggling with marriage difficulties, the idealisation of loved ones, and most definitely the nostalgic blending of fantasy and reality.

The general public will probably be more familiar with this last theme thanks to Midnight in Paris, one of Allen’s most recent films, featuring a protagonist (Owen Wilson) who gets lost in Paris and somehow travels back in time to the 1920s, where he meets personalities like Gertrude Stein, Hemingway and Picasso. The idea, however, was also present in Allen’s short story “The Kugelmass Episode” (first published in 1977, and part of the must-have collection “Side Effects”), where a professor of Humanities at City College manages to bring Madame Bovary to life and date her. Similarly, in the 1969 Broadway play Play it Again, Sam, Allen created the character of a divorced writer who seeks life advice from the ghost of his role model, Humphrey Bogart. 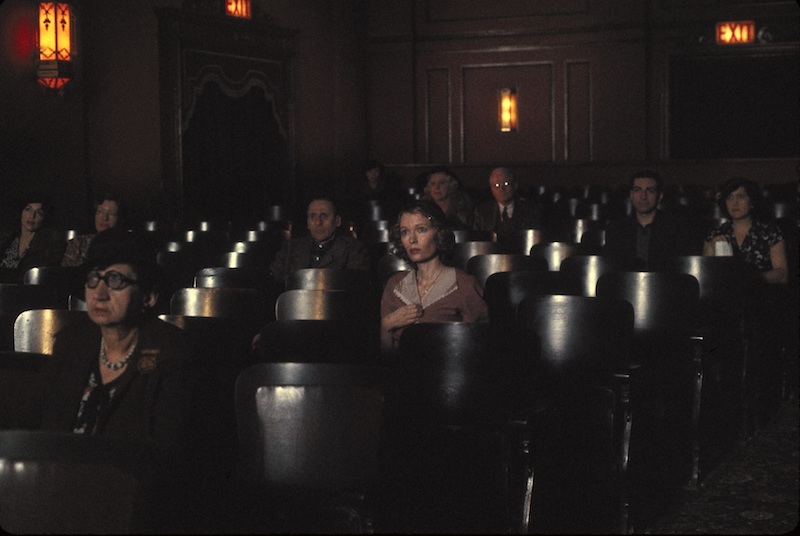 Set in a bleak New Jersey town during the Great Depression, Purple Rose is the story of Cecilia (Mia Farrow, in her fourth Allen collaboration), a clumsy waitress and unhappy wife who escapes reality by going to the movies. Back then, you could pay for a ticket and sit through as many films as you wanted, so Cecilia spends her days dreaming about the adventurous, exciting, and glamorous lives of the characters on screen, until one of them actually notices her. It’s Tom Baxter (Jeff Daniels), explorer and archaeologist, who literally jumps out of the film to spend time with Cecilia, to whom he’s romantically attracted.

The odd relationship between the two gets complicated when her husband (Danny Aiello) starts figuring out what happened, and even more when Gil Shepherd (Daniels again, in the role of the actor who plays Baxter) shows up, sent by the film producers, who are worried about the chaos unfolding in the small town (“who knows what Baxter is capable of? Robbery, murder… I see lawsuits”). The characters left in the film, too, are rather bothered by Baxter’s disappearance and don’t know how to move the story forward, to the disappointment of the very confused cinema-goers. 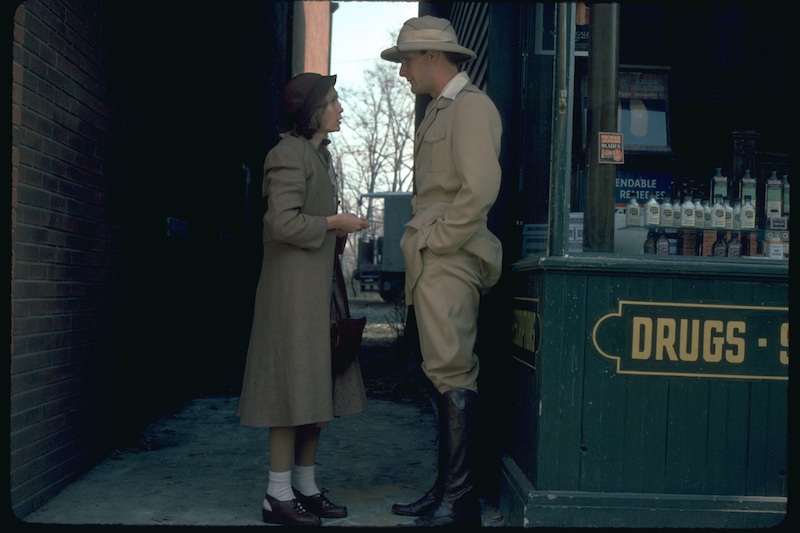 There are big laughs in Purple Rose, but less in the form of Allen’s typical zingers, and more because of the absurd situation. The comedy reaches its peak when the studio producers and Shepherd’s agent get involved. Cinematographer Gordon Willis, at his fifth collaboration with Allen, did an incredible job juggling between the Depression-era look of the exteriors (the scenes at the Bertrand Island Amusement Park are gorgeous), and the alluring, ritzy style of the films Cecilia can’t stop watching. He’s not the only one who seems to have had a good time: Farrow and Daniels both give wonderful performances, playing their characters with a mixture of alienation and will to rebel, just the right amount of melancholy, and a deeply heartwarming presence.

Does Purple Rose get cheesy at all? Maybe a few times too many, yes, but the remarkably downbeat ending will make up for it. It’s important to note that Allen declined the studio’s proposal to change it to something more positive, appealing to a broader audience: he refused, saying the finale was the reason he made the film in the first place. As it stands, The Purple Rose of Cairo is a melodramatic yet wise reflection on life’s many disappointments, a message that couldn’t embody Allen’s philosophy any better.

FANTASTIC BEASTS: THE SECRETS OF DUMBLEDORE (2022)