This Stephen Gaghan helmed adventure romp stars Matthew McConaughey as a modern-day prospector searching for gold in the jungles of Indonesia. The film’s inspired by the Bre-X mining scandal of 1993, in which Michael de Guzman’s company went from nothing to $6 million upon the news he’d discovered gold in Borneo. Of course, not everything was as it seems and records were burned and people’s lives lost. Originally a Michael Mann-helmed movie with Christian Bale starring, Gold will be the first feature film for Gaghan since 2005’s Syriana. It co-stars Edgar Ramirez as McConaughey’s co-explorer and geologist Michael Acosta, Bryce Dallas Howard, Toby Kebbell, and Corey Stoll. McConaughey himself put on 45 pounds for his role as Kenny Wells, the man who inherits his father’s mineral mining company.

No stranger to a biopic, the director of Parkland and Concussion brings to the screen the story of Mark Felt (Liam Neeson); an FBI agent who became an anonymous ‘deep throat’ for reporters Bob Woodward and Carl Bernstein. It was his information that led said journalists to the 1972 Watergate scandal and eventually the downfall of President Nixon. Set photos in May 2016 revealed a slimmed down Liam Neeson filming in Atlanta, still svelte from his role in Scorsese’s Silence. Felt’s involvement was only revealed 31 years after Nixon’s resignation, and 11 years after his death, as his dementia meant he never revealed his true identity personally. The Tom Hanks-produced project was first announced in 2006, and will also star Maika Monroe and Diane Lane as Felt’s wife and daughter. Bruce Greenwood, Michael C. Hall and Tom Sizemore round out the cast. 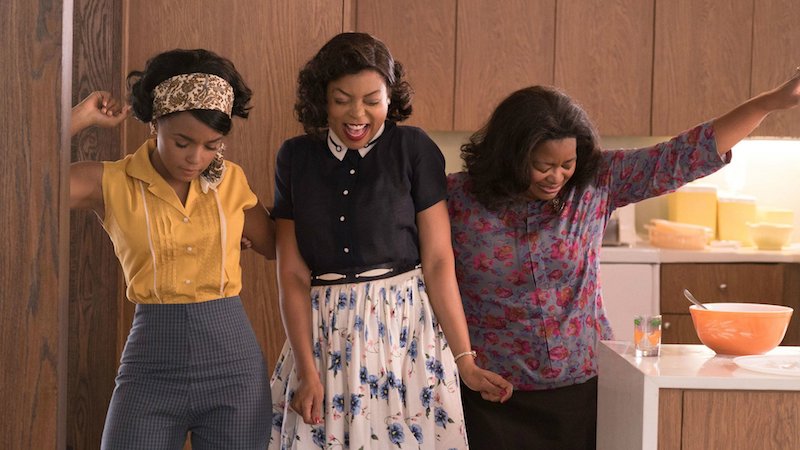 This film recounts the lesser known story of the trio of female African-American mathematicians, working within the segregated computer division of Langley, who helped NASA catch up during the space race. It was due to their calculations that John Glenn was able to complete his orbit of Earth. Spencer’s character Dorothy Vaughan (the first black employee supervisor within the space program) only learned to code their IBM mainframe after she fought for the right to be loaned a programming manual from the ‘non-coloured’ section of the library. Hidden Figures has a powerhouse cast that includes Taraji P. Henson, Octavia Spencer, and Janelle Monae as the lead trio, with support from Kirsten Dunst, Kevin Costner, and Jim Parsons.

The film is a likely Academy Award contender with nominations at the Critics Choice Awards and a Golden Globe nod for Octavia Spencer’s performance.

Michael Keaton stars as Ray Kroc, a struggling salesman who acquired the rights to McDonalds. Kroc met the two McDonald’s brothers (Nick Offerman, John Carroll Lynch), who ran their diner, and was impressed by the quality of the food considering the affordable price. And, more importantly, the speed of their restaurant’s service. It was Ray who created the McDonald’s world-famous golden arch logo, and turned their humble diner into a multi-millionaire business empire, despite the brother’s lack of interest in expansion.

Written by Robert Siegel (The Wrestler), The Founder also stars Linda Cardellini, Patrick Wilson, Laura Dern, and BJ Novak. The director, John Lee Hancock Jr., is also no stranger to a biopic after directing Saving Mr. Banks and The Blind Side. 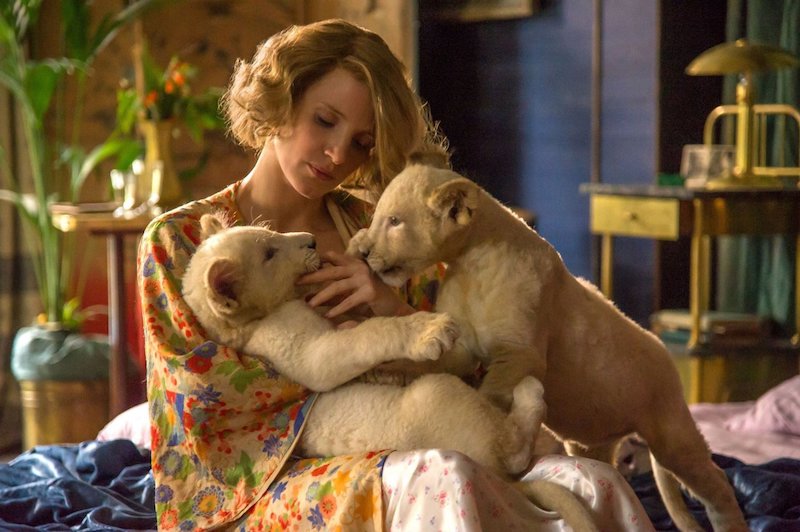 Jessica Chastain plays the film’s titular wife, in this adaption of Diane Ackerman’s book, based on the unpublished diary of Antonina Żabińska. Żabińska and her husband (Johan Heldenbergh) saved the lives of 300 Jews who’d been imprisoned in the Warsaw Ghetto after the 1939 German invasion of Poland. Whilst living the façade of the director of Warsaw Zoo and his humble wife, they were forced to report to the Third Reich’s appointed chief zoologist, Lutz Heck (Daniel Brühl), and together they woredk with the resistance to smuggle Jews out of the nearby Warsaw Ghetto.

Jessica Chastain is committed to gender equality and has cited how important this female driven movie is, as it’s directed by Whale Rider’s Niki Caro.

The cast of The Zookeeper’s Wife also includes Michael McElhatton (Game of Thrones), Iddo Goldberg (Defiance, The Courageous Heart of Irena Sendler), Goran Kostic (In the Land of Blood and Honey), and Israeli actress Shira Haas.

Ben Hardy (X-Men: Apocalypse’s Archangel) leads the team of men who battled Yarnell Hill Fire in this true life story. Ken Nolan (Black Hawk Down) and Eric Singer (American Hustle) wrote the screenplay, based on GQ article titled “No Exit”. The 2013 Arizona fire killed over 19 firefighters, making it the biggest highest wildfire death toll since 1991 and the greatest loss of firefighters since 9/11. The team, which fought to save an Arizona town, will be played by Taylor Kitsch, Miles Teller, Josh Brolin, and Jeff Bridges.

Christopher Nolan returns with war epic Dunkirk. Centering on the famous WWII Dunkirk evacuation, the film tells the story of allied soldiers from Britain, Belgium, and France, who were surrounded by Germans on the beaches and later evacuated during 1940’s “Operation Dynamo”. Starring Nolan regulars Cillian Murphy and Tom Hard, who are joined by Kenneth Branagh, Mark Rylance, and Aneurin Banard. Despite this stellar cast the film has attracted more attention for it being the debut of One Direction heartthrob Harry Styles.

Nolan’s first historical film will contain as little CGI as possible, using real naval destroyers and 1,500 extras. Some reports claim that Nolan made a deal where he would receive a $20 million salary plus 20% of the box office gross, which would make it the most affluent deal since Peter Jackson for 2005’s King Kong. 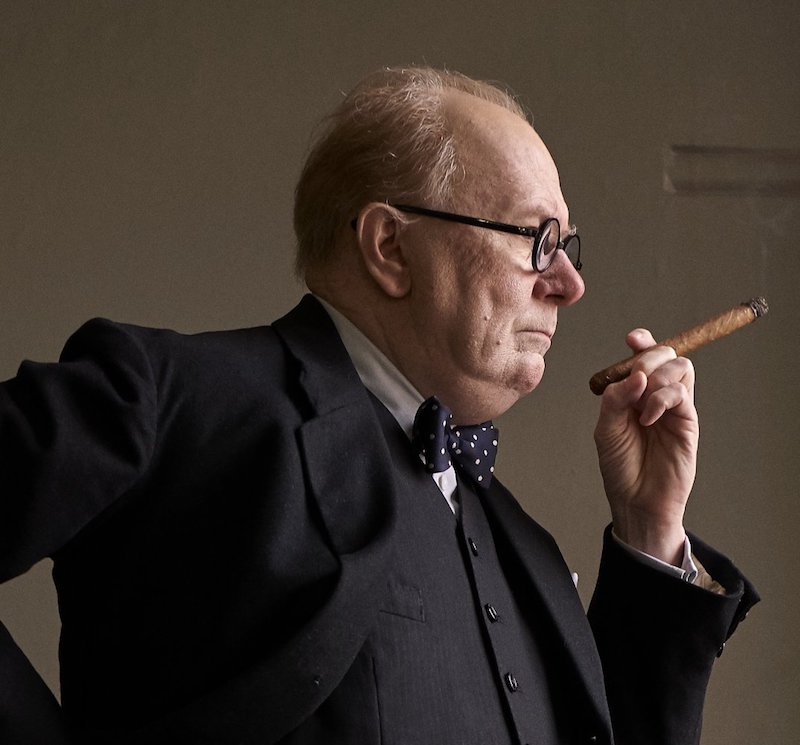 Atonement’s Joe Wright brings Winston Churchill to the big screen for Darkest Hour. It focuses on the famous Prime Minister during the beginning of World War II, where he must negotiate a peace treaty with Nazi Germany or choose to fight for the freedom of the British people. The film takes place in a country preparing for Nazi invasion, and a deeply unprepared King, all while Churchill’s own political party plot against him. The great man himself will be played by an unrecognizable Gary Oldman, with Rogue One’s Ben Mendelsohn as King George VI, and John Hurt as Neville Chamberlain.

Hugh Jackman will bring the story of PT Barnum to life, playing the founder of the famous traveling circus. Set in 1881, Barnum was famous for hoaxing gullible audiences as he created the three-ring circus “Barnum & Bailey”. The musical film will also focus on Barnum’s relationship with Swedish nightingale Jenny Lind, played by The Girl on the Train’s Rebecca Ferguson, who was invited by Barnum to perform at concerts around the United States between 1850 and 1852. Barnum’s right-hand man will be played by Zac Efron, Spider-Man: Homecoming’s Zendaya will appear as a trapeze artist, and Michelle Williams plays Barnum’s love interest, in a movie penned by Michael Arendt (Toy Story 3). The music will be provided by Pasek and Paul, who’s credits include the recent awards hit La La Land and the musical TV show Smash.

Based on the book of the same name by David Grann, The Lost City of Z is the true life tale of explorer Percy Fawcett. The British explorer (Sons of Anarchy’s Charlie Hunnam), made several attempts to find an ancient lost city in the Amazon before finally disappearing in 1925 alongside his son (played by new Spider-Man Tom Holland). Fawcett was ridiculed by the scientific establishment, who regarded indigenous people as savages, but it didn’t stop Fawcett’s constant trips to discover an advanced civilization. Robert Pattinson will play Fawcett;s fellow explorer Henry Costin, with Sienna Miller as his wife Nina.

The film was brought in 2009 by Brad Pitt’s Plan B Productions and went through various casting changes which included both Pitt and Benedict Cumberbatch playing the explorer.