Goodfellas, most would agree, is one of the seminal films of the 20th-century. For any other filmmaker it would mark the high point in a career, but even with classics like Mean Streets, Taxi Driver, and Raging Bull to his name, Goodfellas still stands tall amongst Martin Scorsese’s oeuvre.

It also set a new template for the American gangster genre; often imitated, but never bettered. Everything from The Simpsons to The Sopranos owes a debt of gratitude to Goodfellas. Strange then, that until very recently, I’d never seen it! Thankfully, with the BFI re-releasing the 1990 classic in honour of its new Scorsese season, the opportunity to experience (or revisit) the film on the big screen is now open to all.

As far back as I can remember, I always wanted to be a gangster.

As opening lines go, it’s arguably the best of all time; perfectly throwing you into the intoxicating world of dangerous wiseguys the film deals with. The line is spoken by a young Henry Hill (Ray Liotta); a boy growing up in an Italian-American neighbourhood in Brooklyn, New York. Seeing the gangster culture on every corner, Henry’s inevitably drawn to it and soon falls in with Paulie Cicero (Paul Sorvino) and his crew. The film proceeds to depict Henry’s misadventures through the mid-20th-century, navigating a whirlwind of drugs, dead bodies, trips to prison, and fiery relationships of both a romantic and criminal nature. 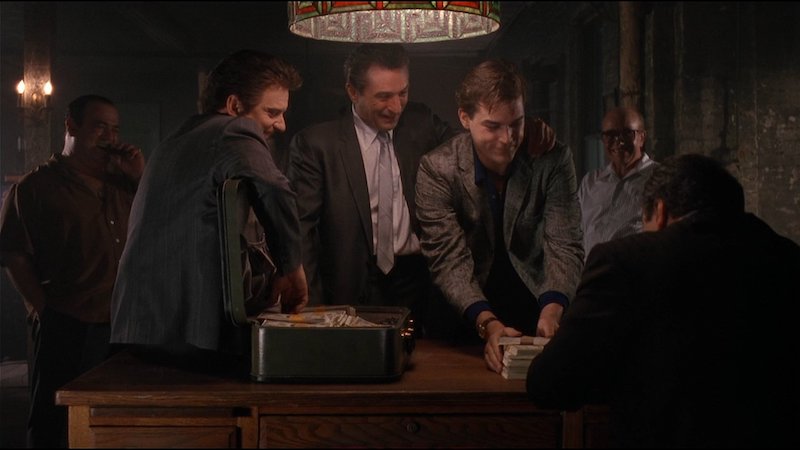 Scorsese’s film is a stylistic masterpiece, utilising everything from freeze-frames, to long and extravagant tracking shots; the hyper-kinetic camera-work conveying a sense of giddy excitement throughout. It’s a tactic designed to mirror the thrill of the Mafia lifestyle, and the overpowering allure it has for the main characters. The film is every bit as fun, exciting, and dangerous as the world it depicts. What did surprise me is how funny it is, too. At times, Goodfellas plays almost like a comedy — albeit one punctured with harrowingly nonchalant moments of violence.

As the adult Henry Hill, Liotta wholly convinces, showing a young man’s journey from adjutant to addict; kid to convict, man to mobster. As the drugs and pressure take hold in Henry’s later life, the film’s skips forward in time become more sporadic, more unexpected; the story structured to mirror Henry’s own mental degradation. Despite this, Henry is a character who has never known another life, and would never want to. However, it’s in the supporting cast that a lot of the fun is to be had, in particular in Joe Pesci’s scintillating performance as Tommy, a fast-talking and unpredictable live-wire who works closely with Henry. 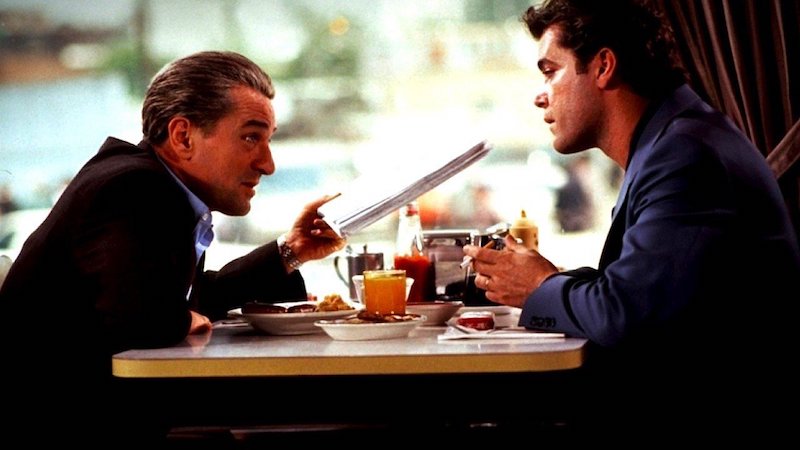 Scorsese’s desire to allow a certain level of improvisation from his cast pays huge dividends, with more than a few hilarious impromptu moments, but it’s never more apparent than in Tommy’s character, from whom you’re never quite sure what to expect: a joke or a bullet to the head. Tommy is volatile — his imposing nature at odds with Pesci’s small stature, and yet amplified by his huge charisma. Much like Henry in the famous “what do you mean funny? Funny how? Funny like a clown?” scene, you never know whether to laugh with him, or at him, for fear of what might come next.

With Pesci dominating proceedings, it’s somewhat surprising to see such a comparatively small and docile role for Robert De Niro as Jimmy Conway. Arguably one of the actors most associated with the film (and the genre), De Niro is actually more of a background figure eclipsed by the explosive nature of those that surround him — including Lorraine Bracco as Henry’s wife, who is equally seduced by the thrilling and lavish lifestyle her husband’s activities provide. 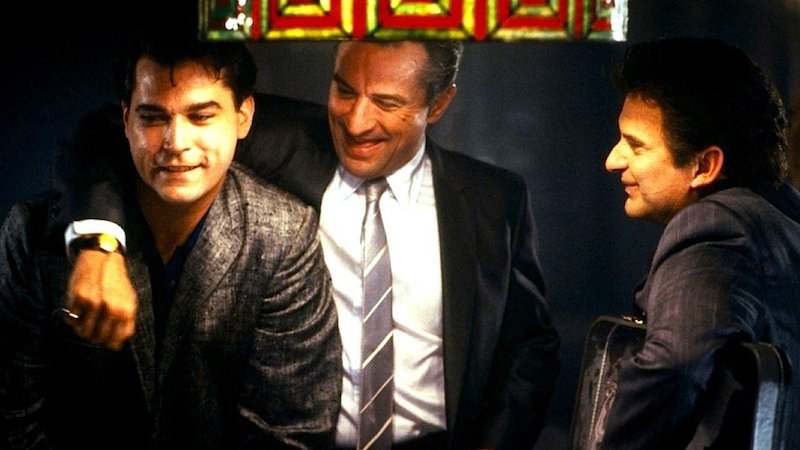 And while Scorsese’s visual mastery lends the film an infectious and undeniable verve, it’s perfectly complimented by the choice of soundtrack, which is as vibrant and perfectly pitched as any film could hope for. Using only tracks that were around at the time the scenes were set, the film is as much a musical odyssey through the soundtrack of the 1970s and ‘80s as it is one through the dangerous world of the US drug trade. It must surely stand up as one of the great soundtracks in cinema history.

If there’s a complaint to be made it’s that Goodfellas lacks a little depth. Beneath all of Scorsese’s flair, the story — despite its various allegiance-switches and back-stabbing — is deceptively simple. From that opening line to the film’s bitter end (the climax will feel familiar to fans of The Shield), Henry’s arc is quite predictable. He wants to be a gangster, becomes one, and still wants to be one at the end. By the scope of modern (anti)-heroes, that’s pretty thin character development. And at 145 minutes, the film is also a touch long, exacerbated by how the tone changes so little throughout. However, it’s to Scorsese’s credit as a gifted filmmaker that the runtime still mostly zips by despite this. Goodfellas might be a somewhat one-note film, but it’s one of the most entertaining and influential notes in cinema history.