You don’t worry about being liked. You have to be yourself.
—Vince Vaughn

He could probably have been a wrestler; this towering, half-handsome hunk with a propensity for cheap pops and high fives. He could probably be a footballer; this frat brat with wardrobe structure. He might have been a bartender; with his strawberry lips and steady hands. He could have been your uncle who only shows up at barbecues, Richard on Friends, a talk show host, or the kind of teacher that makes your mother nervous and your father tut.

Sometimes I think this is why Vince Vaughn finds himself on the receiving end of caustic criticism—middling movies with little soul don’t help his cause, it’s true. Nor did a recent outburst revealing controversial views on gun control. But something about Vaughn’s open-collared oiliness, strong jaw, marble eyes, and scattergun speech, makes it seem as though he’s only doing movies whilst he’s not doing something else. In films like The Internship and The Dilemma, the actor’s unhinged delivery makes it seem as though he’s actively trying to finish his scenes to get home as quick as possible.

Vaughn’s a lumbering lunk with sunken eyelids who, for a long time, has barged into movies as a circus-tall Bro, rat-a-tat-tatting his way through monologues—veins and forehead, veins and forehead. He’s not lackadaisical, but it appears as though he lacks the determination lesser talents have, who’ve managed to usurp him as the go-to brawn for Hollywood directors seeking surefire dollars. He’s not ambivalent as such, but practices an ambling Valentine act that suggests a sort of sleepy interest in his craft—making him risible to some on screen.

He’s picking up the cheque before the script. How else do you explain Unfinished Business?

And yet, Vince Vaughn remains a sorta-bankable, kinda-bonkable, and very bendable leading man… and, brace yourself, one of my favourite actors. Though he’s been burned and battered by box office figures more recently, he’s still there, milling about: loud, lewd, quick, and far more talented than he’s ever given credit for.

I can’t speak highly enough of his performance in 2006’s The Break Up, which he also produced. He managed to capture and control a saccharine genre like Play Doh, and with his sturdy hands twist it into something wickedly modern and sarcastic. It’s Annie Hall after eight rounds of beer pong, and Vince is all Kowalski-chest and Clooney-charm. He’s spectacular in 2005’s Wedding Crashers with his bravado undone (along with his trousers), and as the moral centre of Couples Retreat he managed to make a bad farce a box office smash.

His performance as barking, cocky Gary Grobowski in The Break Up is a spin-off from the shtick he’s been peddling, more or less since Old School, but certainly post-2007. A shtick that’s been predominantly well received, often exploited by poor writers/directors, and also—most interestingly—the comfortable routine of an actor whose most intriguing career choices were made when he was still developing stubble.

If it seems like Vince Vaughn’s been running away from the movies he’s been in since 2003, that’s because he’s probably been trying to. He’s an accidental archetype pushed into a ball pond he’s too big and smart for. 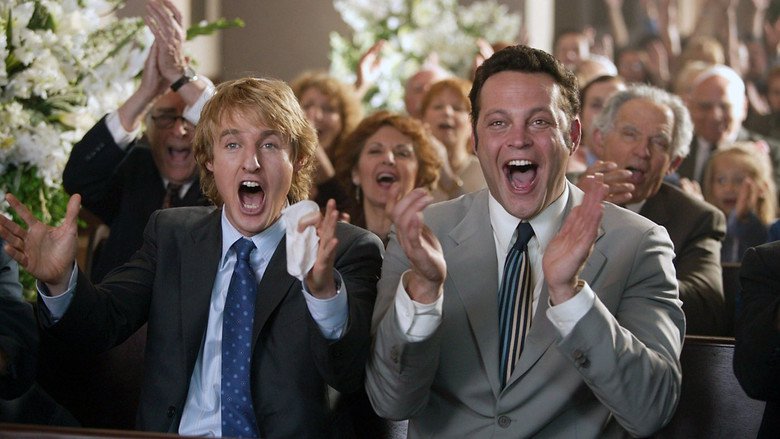 Between 1993 and 1998, Vaughn had been involved in cult classics Rudy, Swingers, and Clay Pigeons—during which he’d excelled as the gorgeous bully with a teenager’s temper, a hip lothario with glass cheekbones, and a serial killer in a Stetson. He’d also been handpicked to star in Jurassic Park‘s sequel by Steven Spielberg, and produced a performance of such skilled detachment in Return to Paradise that he seemed a reasonable choice to portray Norman Bates in Gus Van Sant’s saggy Psycho remake.

To put it into an appropriate context, Vince Vaughn in the late-1990s was like fellow True Detective alumni Matthew McConaughey in the late 2010s—a good-looking star nonchalantly delivering a string of star performances that made studios stir and audience’s queasy.

When you look at photographs of Vince from around this time—hefty chest and reliable smile, with a curl in his hair, and undeniable smarts—he’s a Superman-in-waiting as much as a Perkins-prototype. The failure of Psycho (a film in which Vaughn’s the best thing) all but ended his affiliation with serious drama. Instead he found comfort and commercial success in comedy—flitting between Will Ferrell and Ben Stiller vehicles—but his return to straight and stern acting in HBO’s True Detective is welcome. Fittingly, the premiere opened with him at a bar—where he was last truly brilliant in Sean Penn’s Into The Wild as the intense, goateed Wayne Westerberg.

Vaughn’s latest character, Frank Semyon, in Nic Pizzolatto’s sepia-singed, jokeless L.A crime joint, seems the epitome of a famous Talking Heads lyric (“Check out Mr Businessman. He got some wild, wild life”), and with his cold gaze and deadpan delivery there’s a sinkhole inevitability to his character’s likely spiral into the fantastical world of pretension and macabre that Pizzolatto likes his characters to live in, lie in, and probably die in.

Pizzolatto described Vaughn as having “echoes of Robert Mitchum and James Garner in the kind of figure he cuts” and Vaughn himself has admitted that he’s moving into a more “adult” phase of his career. The irony is that Vaughn began the typically dark and moody twilight period of his career as a relative youngster. It was during his actual adulthood that he reverted to a burly adolescence that would define the ’00s for him. A topsy-turvy trajectory.

In this unique career of Vaughn’s that seen him swinging, crashing, and dodging through the film industry, it’s taken a step back to the small-screen for him to get back to what he’s best at—brooding, piercing, rugged intensity.

And hopefully, Pizzolatto-permitting, at least one joke. As he’s gotten quite good at those, too.