The Britop music scene’s produced some curious turn-ups in recent years. Brian Cox from D:Ream, now better known as a celebrity physicist; then the Jerome half of actors-turned-singers Robson & Jerome, who’s since reinvented himself as gruff, foul-mouthed Bronn from Game of Thrones. And since all good trends come in three, John Maclean—erstwhile keyboardist of The Beta Band—has turned his eye to filmmaking, and his debut feature Slow West suggests the birth of a very exciting talent.

The plot follows Kodi Smitt-McPhee’s Jay Cavendish; a young Scotsman traversing the United States in search of his lost love Rose (Caren Pistorious), who was forced to flee Scotland with her father (Rory McCann, another foul-mouthed Westerosi) after a tragic accident. Jay is a young man—boy, really—uniquely ill-suited to survival in the cutthroat world of the Wild West, and so Michael Fassbender’s Silas takes him under his wing, charging a fee for his services as a rugged ‘chaperone’. Only, Silas has his own reasons for wanting to stick with Jay…

As the lead duo, Smitt-McPhee and Fassbender make for a great odd-couple/double-act. Jay is a sensitive boy; he’s a dreamer, happier gazing at the stars and brushing up on astronomy than navigating the treacherous world he’s stumbled into. While Silas is a grizzled veteran; stoic and intense. Both men convince entirely, with Fassbender dripping with cool bravado and barely-concealed threat throughout. Meanwhile, Ben Mendelsohn, as a bounty hunter called Payne who’s tracking the pair, doesn’t bother concealing his threat at all—not even under his outrageously large jacket. 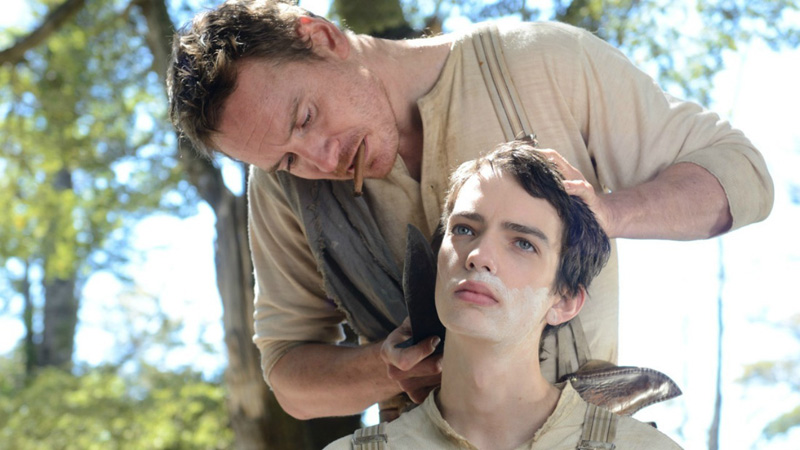 Maclean directs with real panache, creating an audacious and inventive film that belies his inexperience behind the camera. The script features dialogue that spans from the philosophical to the hyper-cool, and the screenplay brings nobody to mind more than Quentin Tarantino. A short side-story mid-film, in which a hitherto unknown character recounts his past adventures, is the sort of blackly comic interlude that QT himself would be proud of.

Also worthy of praise is Jed Kurzel’s score, which, much like the film at large, manages to feel distinctly fresh and contemporary, whilst always wearing it’s influences respectfully on its sleeve. The stunning cinematography from Robbie Ryan deserves highlighting too. Slow West is—despite its dry, wry sensibility—not the dusty, arid picture of the West we often see in films. Shot in New Zealand, it presents a surprisingly verdant landscape; all green grasses, blue skies, and bright flowers, with the colour palette heightened to create a vibrant and visually breathtaking world. It’s a film as alive with possibility as it is with danger.

And it’s no accident that the film opens with the classic “Once upon a time…” voiceover, as Maclean’s film certainly has a fairy tale vibe to it; possessed of a hazy, dreamlike quality. Jay drifts through the West, encountering people who don’t appear to belong.

A trio of French-African musicians are particularly incongruous, while a European anthropologist documenting the last days of the Native Americans is equally out of place. “In a short time, all of this will be a long time ago”, he laments, with almost preternatural foresight. 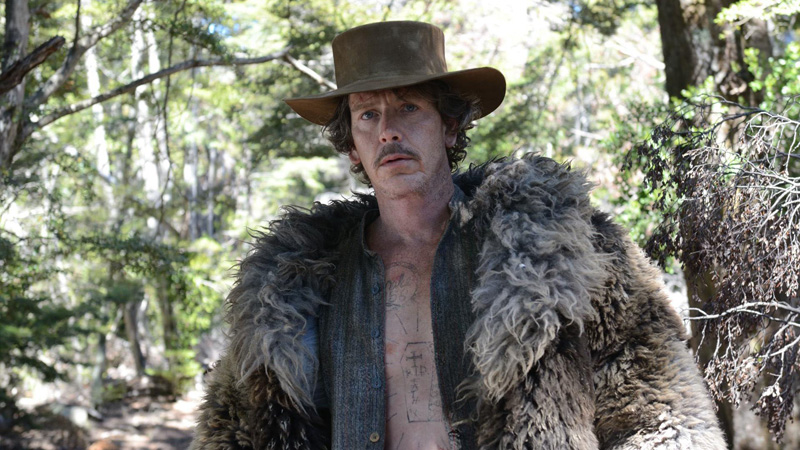 This is a Western that’s very much aware of its own internal destiny, and if the strangeness that pervades the film and its characters seems gentle at first—it’s a film that you can drift languidly along with—rest assured that violence, betrayal and deceit are always lurking just below the surface. If Slow West is a fairy-tale, it’s more Grimm than Disney.

Slow West often snaps between tones so fast it’s likely to give you whiplash; moments of action are punctuated by dark humour, and vice versa. Maclean already seems a master of the format, gleefully ramping up the tension with a series of hold-your-breath encounters that lend real meat to the slender running time. The film wheels out many of the genre’s classic tropes, but feeds them through a post-modern filter—an absinthe binge, rather than the traditional whisky, for example—while always tipping a hat to its forbears; Ford, Leone, and Eastwood among them.

If there’s a criticism to be made, it’s that when Caren Pistorious’s Rose enters proceedings two-thirds of the way into the film, her situation is so fascinating that you’ll wish you’d been able to spend more time with her and her burly father. The pair on the run have equipped themselves far more readily to the world of the West, with Rose proving infinitely more capable than her soft would-be-beau, and their story would be at least as interesting to follow as Jay and Silas’s.

Slow West is smart and snappy, packing a real punch during its short runtime, with a screenplay more than capable of surprising. There are at least two moments that’ll have you gasping in shock. A film that seamlessly infuses a classic genre with stylish flourishes, sly humour, and a distinctly modern sensibility; all supplemented by beautiful cinematography and strong performances. Slow West defies the pun in its title to be a thrilling and fast-paced example of everything a modern Western ought to be, and new kid on the block John Maclean is one to watch.