Chris Carter delivers his first decent X-Files script in years, by doing something that doesn’t involve the tangled mythology and was instead a simple paranormal mystery. Stories like “Plus One” were very common in the 1990s, but in 2018 it feels retro seeing Mulder (David Duchovny) and Scully (Gillian Anderson) investigate the “evil twin” cliche.

But it’s entertaining to see them spar with each other over their different hypotheses, with skeptical Scully once again unwilling to jump aboard Mulder’s crazy train. Their believer/skeptic dynamic was exhausted long ago, however, so when Scully rubbishes the idea of ghosts it’s a little annoying because she’s seen one. Her late father came to her in spirit during season 1’s “Beyond the Sea”, most memorably. Of course, Mulder and Scully’s working practice wouldn’t sustain an hour of drama if they were immediately on the same page every case, but Carter’s thankfully not against allowing Scully to slowly come around to Mulder’s way of thinking… 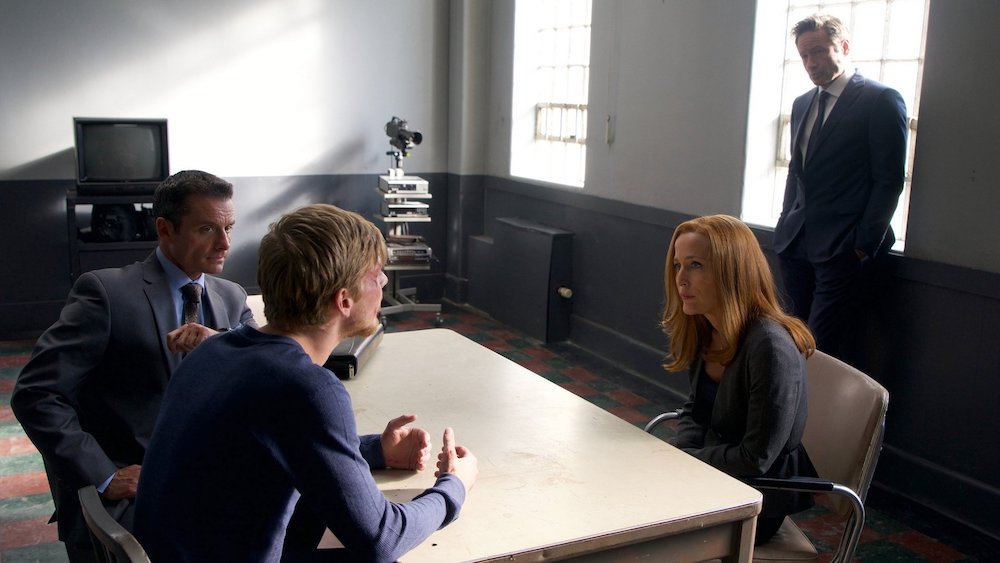 “Plus One” didn’t have a promising teaser, as young hedonist Arkie Seavers (Jared Ager-Foster) fled from a rock concert after witnessing a doppelgänger loitering in the crowd, only for his “twin” to grab the wheel of his car as he raced home and force him into a roadside tree. Mulder’s interested in the case because Arkie’s bizarre statement matches evidence on the ground, and his lawyer doesn’t think he was drunk or stoned enough to be hallucinating, so is Arkie being stalked by a clone intent on killing him?

There are a few ways this story could’ve gone, so it’s to Chris Carter’s credit it boiled down to something very unexpected: psychic siblings playing a deadly game of hangman. Judy Poundstone (Karin Konoval) is a middle-aged woman with a split personality, being cared for in a mental hospital, who keeps herself entertained by playing word games telepathically with her twin Chucky. Konoval even plays Chucky under heavy makeup, which I didn’t notice to begin with, which goes to show how convincingly her performance as a man was. She’s a talented actress, as Konoval was similarly unrecognisably as gentle orangutan Maurice in the recent Planet of the Apes trilogy. You may also recognise her from previous appearances in X-Files classics “Clyde Bruckman’s Final Repose” and “Home” (she was the amputee mother under the bed). 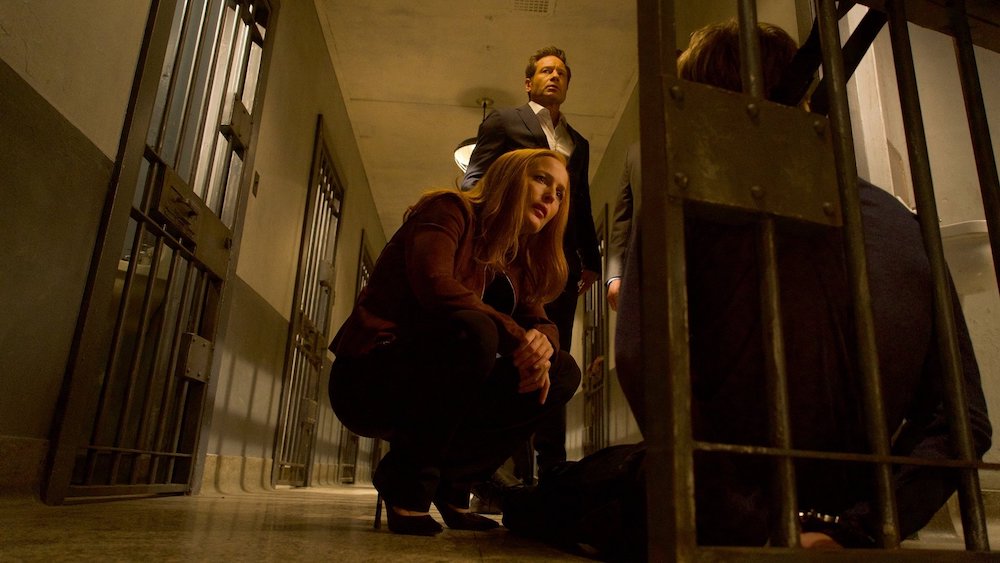 Unfortunately, the names Judy correctly guesses during each game of hangman relate to real people Chuck wants dead, so whenever she “wins” it means those marked for death are promptly murdered by a doppelgänger. Okay, it’s a huge credibility stretch, and “Plus One” never manages to rationalise what these duplicates are, considering they have a physical form and aren’t illusory.

It would have been more plausible if the Poundtone’s victims suffered heart attacks every time a hangman game was solved, or became compelled to commit suicide by ironically hanging themselves, but one can only assume Carter settled on the idea of folk being stalked by lookalikes because it’s more visually spooky. It also, frankly, complicated the story enough to mean it wasn’t obvious what was going on for awhile.

While the core story was entertaining but ludicrous, “Plus One” compensated by dedicating time to Mulder and Scully’s mature relationship. Scully took Judy’s comment about her advancing years to hear in one scene, later asking Mulder if her considers her “old”, and there were tender moments when these characters were consoling each other in motel bedrooms. The one pleasing thing about reviving The X-Files years after these characters became TV icons is that we no longer have to entertain the agonising ‘will-they, won’t-they’ vibe the show milked for all its worth, as Mulder and Scully are in a relationship. Of sorts. 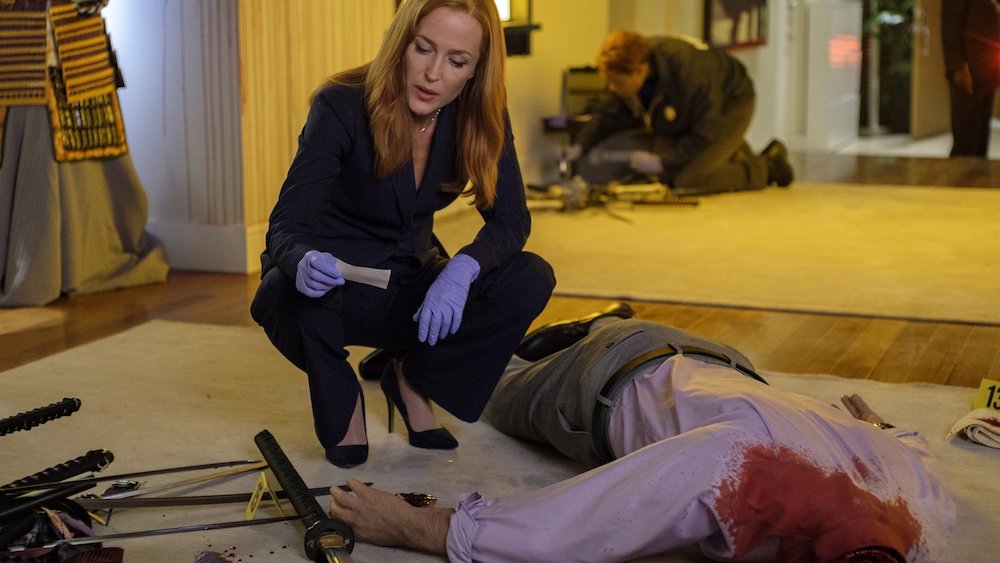 This episode made it clear they slept together after Scully crawled into Mulder’s bed for a late-night cuddle (“put a dimmer on that afterglow”), and it was sweet and touching seeing them in such a different phase of their lives together. The best scene was them holding each other in bed, wondering what life for them will be like when they’re retired from the FBI, the pressure they’ve been under for years now (“sometimes I think the world is going to hell, and we’re the only two people who can save it”), whether Scully regrets not having more children while she could, and her private worry that Mulder could fall in love with a younger woman…

If “Plus One” had aired in the mid-’90s, I’d have enjoyed it, but it wouldn’t have stood out as anything special. Today, it’s one of the better standalone episode we’ve had in awhile (that wasn’t a comedy), albeit tainted by an anticlimactic ending. What made it work was getting a chance to explore who Mulder and Scully are in this day and age. The demands of a well-balanced procedural story means they have to adhere to narrative expectations of what an X-Files episode is, but Chris Carter found time to reflect on them as real people, colleagues, friends, and lovers.

They’re nothing without each other. They’re the other’s plus one.