Just as we were talking about new characters being introduced slowly, Jessica Jones throws us multiple curveballs in the second and third episodes of season 2. Subplots are ten-a-penny now, and being good private investigators ourselves, we know how to keep track…

Let’s start with the main event. “AKA Freak Accident” spends most of the episode dealing with a holdover plot point from season 1: Dr. Kozlov (Thomas Kopache) and Will Simpson (Wil Traval). Jessica (Krysten Ritter) finds out the good doctor died in a freak accident (“quite a few of them happening around here lately”), so she snoops around Kozlov’s home during his funeral. Jessica isn’t as low-profile when she’s in sunlight, though, so she gets caught by a military veteran in a wheelchair, who tells her Simpson is the beast and Kozlov’s killer. “AKA Freak Accident” then spends the rest of its runtime chasing Simpson, who’s hiding around Trish (Rachael Taylor) snorting something from an inhaler.

The episode culminates with Simpson staring at Trish menacingly — of course — but when he walks towards her, she shoots him in the leg without hesitation and ties him up. We then find out that Simpson isn’t the monster, but has been protecting Trish from the monster instead. He was confined at IGH at the end of his freak-out in season 1, and overheard Dr. Kozlov talking to someone on the phone who wanted Trish dead. “AKA Freak Accident” hence ends with the still-unknown beast coming after them, and Simpson pulling a classic ‘American hero’ moment and sacrificing himself. 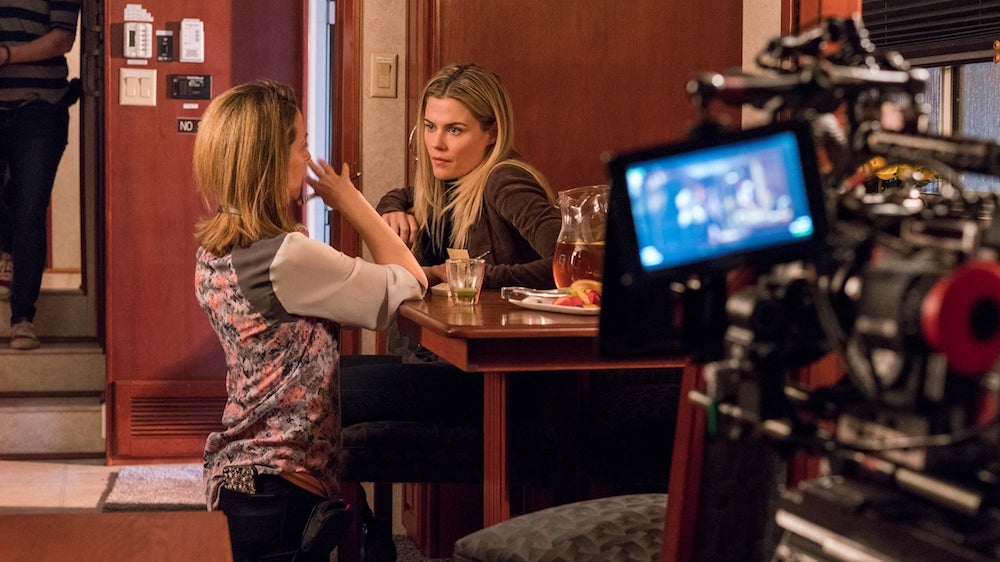 “AKA Sole Survivor” picks up right after, with Jessica and Trish disposong of Simpson’s body, and cleaning out his car. Trish gets smart — or really stupid — and keeps Simpson’s bag of ammo and weapons, which will undoubtedly factor into a future episode. After all, that bag has Simpson’s DNA all over it.

Jessica tries hypnotherapy to dig through her memories but, as expected, our heroine doesn’t do well with doctors (or “quacks”), and only makes a breakthrough when she’s asleep back in her bed. The dream sequence, where Jessica wakes up with an alcohol drip in her arm, is short but significant, as she tries to get through a door at IGH but is held back by the beast. That leads her back to IGH, where a name pops up: Dr. Leslie Hansen. 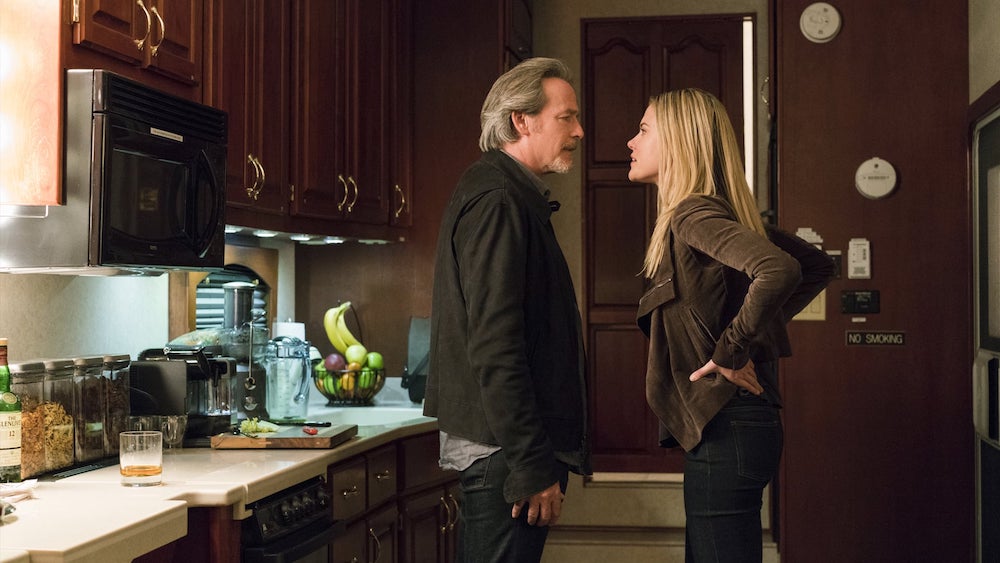 Dr. Hansen is the focus of this episode, as Trish and Jessica go to her apartment and find it cleaned out, with a charred human skull in the basement furnace. That’s enough to freak anyone out, even a cynical superhero, but they remember to bring the skull for identification — by the same mortician from season 1 who misidentified Kilgrave’s body.

Of course, right after Trish decides to lure other potential IGH victims out on her show — sound familiar? — by name-dropping the doctor, a “Dr Leslie Hansen” calls and asks to speak to her. Jessica, as usual, makes Trish stay home and meets the mystery woman herself. And after it seems like Jessica’s gotten all her answers (“the powers were a side effect of rare DNA”), we find out that the dead woman in the morgue is the actual Dr. Hansen, incapable of saying anything. 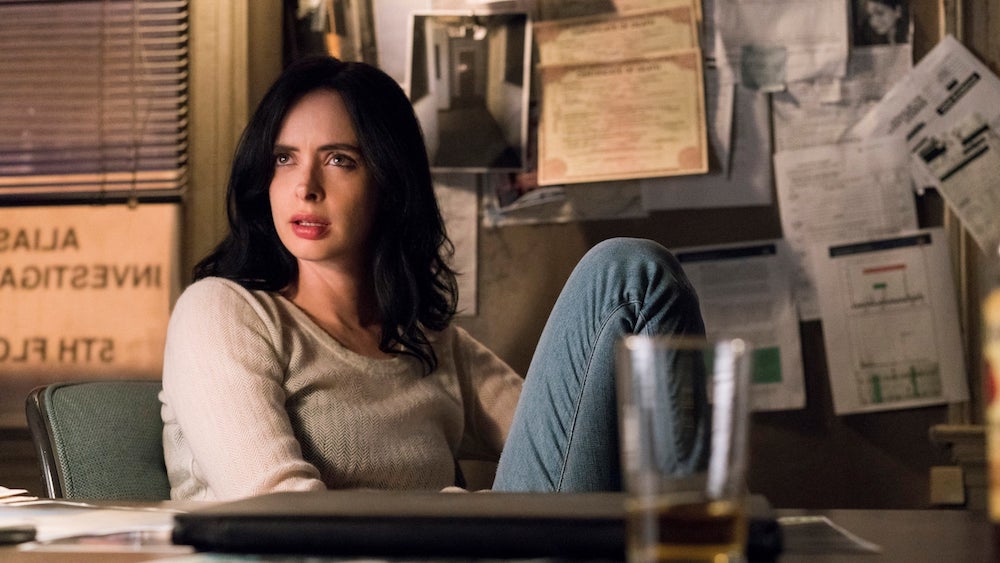 Cue the highlight of the episode: through a simple fight over control of the table, we find out that the mystery woman possesses the same powers as Jessica, and manages to throw Jessica through a wall and escape by scaling a building.

If the main plot sounds straightforward, it really isn’t: in the midst of these two hours, subplots were flying fast and furious, and since Jessica Jones likes to tie almost everything back to the main plot, we know to pay attention to seemingly innocuous throwaways from each instalment of this show.

That’s a gift and a curse, since there was a lot to take note of. There were no less than five subplots happening: firstly, Trish had to confront her childhood abuser in an attempt to get into Metro General’s files, so we’ll expect to see that pop up again, since Malcolm was so enraged by the abuser that he punched the guy after helping Trish secretly record his confession. 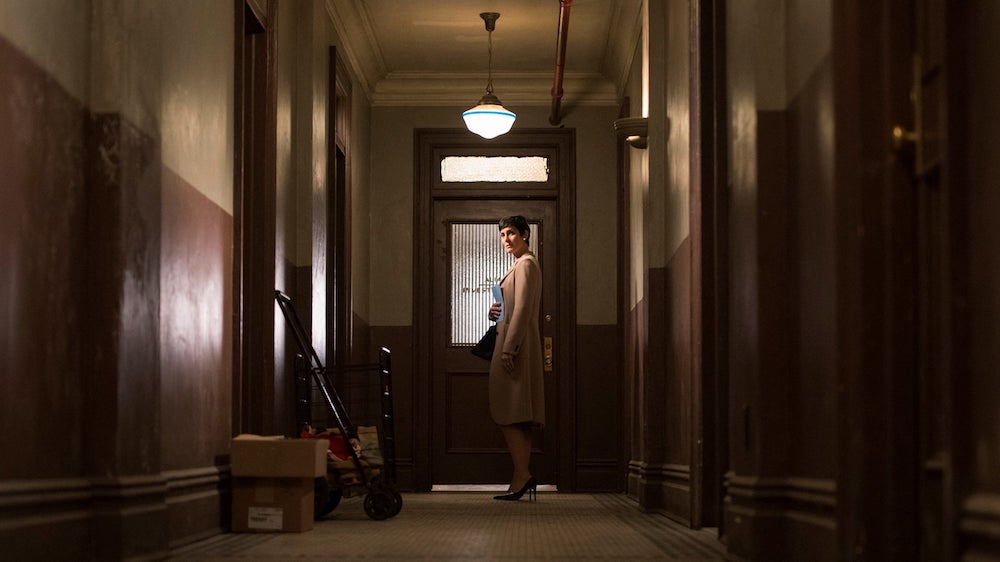 Secondly, Jessica dealt with a visit from the cops over The Whizzer’s death, and then paid a visit to the mongoose-lover’s house, where she found footage of him talking to someone on the other side of the camera. Thirdly, Jessica and the new superintendent Oscar (J.R Ramirez) then butted heads over her home office and the ceaseless visits from law enforcement, with him serving her an eviction notice. As Malcolm made jokes (“time to update the resume”), he also found out that Oscar was an ex-con, and managed to get into the landlord’s good books by forging an ID for the landlord’s boyfriend to come to the US.

Fourthly, we find out that Jeri has ALS (amyotrophic lateral sclerosis), otherwise known as motor neurone disease (MND), so she’s moving quickly towards a full breakdown this season as her firm’s partners offer her a buyout package to leave the firm, leading her to look for Jessica to get dirt on them. 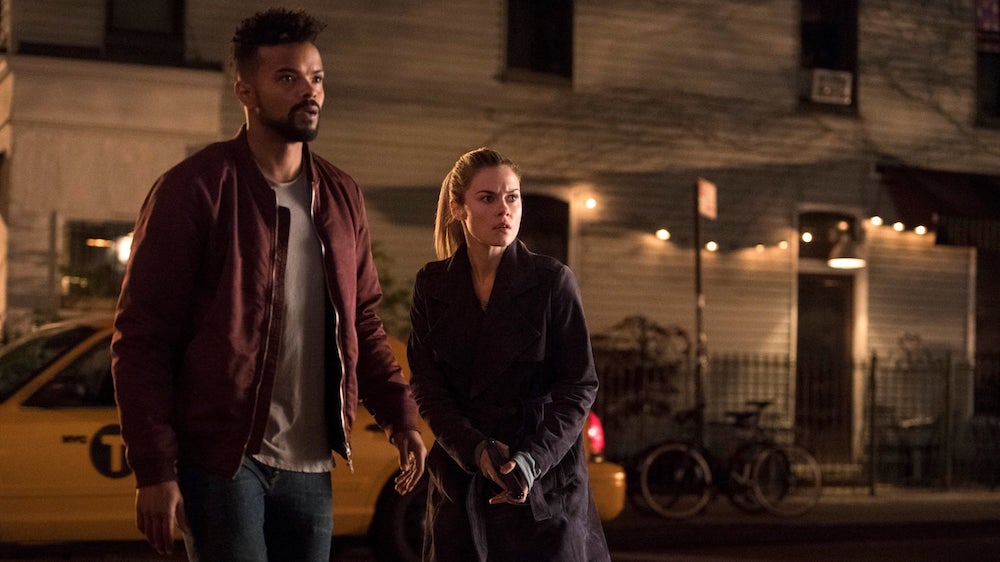 Oh, yes, and finally, Trish’s boyfriend Griffin (Hal Ozsan) spends both episodes getting progressively more worried about her — understandably — but as a journalist himself, he recognises the hypocrisy in telling Trish to stop and hence encourages her to chase the story while keeping tabs on her. Considering his growing interest in IGH, we see two ways this subplot will end up: either he dies in another self-sacrificial moment reminiscent of Simpson, or ends up being a mole planted by IGH. Or maybe he’s been mind-controlled by Kilgrave, who still hasn’t made his expected appearance…

In the end, both “AKA Freak Accident” & “AKA Sole Survivor” were plot-heavy episodes, with too many subplots to be standouts, but in light of the this being foremost a detective drama, we probably have to expect even more twists to occur. Did we see Jessica at Daredevil’s favourite bar Josie’s, Malcolm (Eka Darville) having sex with a lady named Annette, and Foggy (Elden Henson) trying to help Jeri, for nothing?

It’ll take a few more hours to see how everything fits together, or falls apart, and maybe a couple more for the main story to ramp up. After all, Kilgrave only appeared on screen in the fourth episode last season, and he was captured not once, but twice, before meeting his fate come the finale.

Written By
Charing Kam
More from Charing Kam
Over the course of five social occasions, a committed bachelor must consider...
Read More