Will Pixar ever cease to amaze us? 23 years after their feature film debut Toy Story (1995), the animation company has rarely made a wrong move, with most titles repaying audience excitement and anticipation. I still remember how much I pestered my parents so they’d let me see Toy Story 2 (1999) on my own, at a pop-up outdoor screening in my cinema-less town. I remember when I skipped an afternoon lecture at uni to be overawed by Wall•E (2008), one of the best films of the last decade. I also remember the audience’s delight when the house in Up (2009) flew away, and the lump in my throat at the end of Inside Out (2015). When we think of the weakest entries in Pixar’s oeuvre, one usually singled out the Cars trilogy (2011–2017) and Good Dinosaur (2015), but even those are adored by their intended audience of children.

Coco is another triumph. I write this several days after watching it, and still feel overwhelmed by the experience — something that doesn’t happen very often. The pure joy, creativity and talent, the sheer grandeur of its imagery and themes… it’s all still spinning in my head, and it feels powerful and fulfilling. I am as entertained by Pixar now as I was aged 10, watching Woody and Buzz try to get back to Andy. 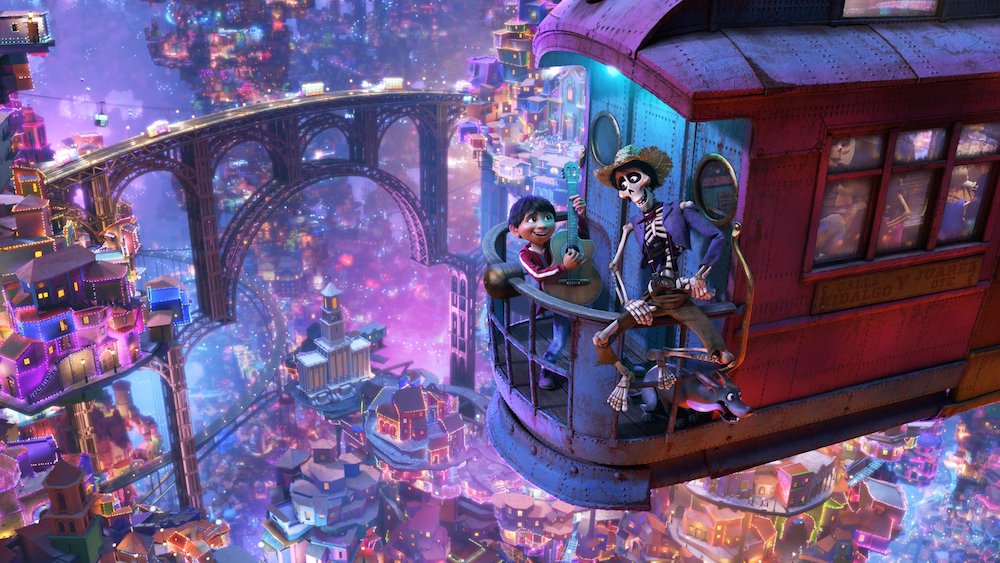 Coco is the story of Miguel (Anthony Gonzalez) and his family of shoemakers. They’ve been in the business for generations, since his great-great-grandfather left his great-great-grandmother Imelda to pursue a career in music. Imelda (Alanna Ubach) rolled up her sleeves, forgot about her husband, forbade her whole family to talk about him or have any interest in music, and jumped into the shoemaking business. Miguel’s brought up in a matriarchal household, governed by his grandmother Abuelita (Renee Victor), who happens to be Imelda’s niece and is resolute in enforcing the music ban. He’s loved, cuddled, and well looked after in the big family home. He has a safe future as a shoemaker, but he only has one dream… to play the guitar like his hero, Ernesto de la Cruz (Benjamin Bratt). 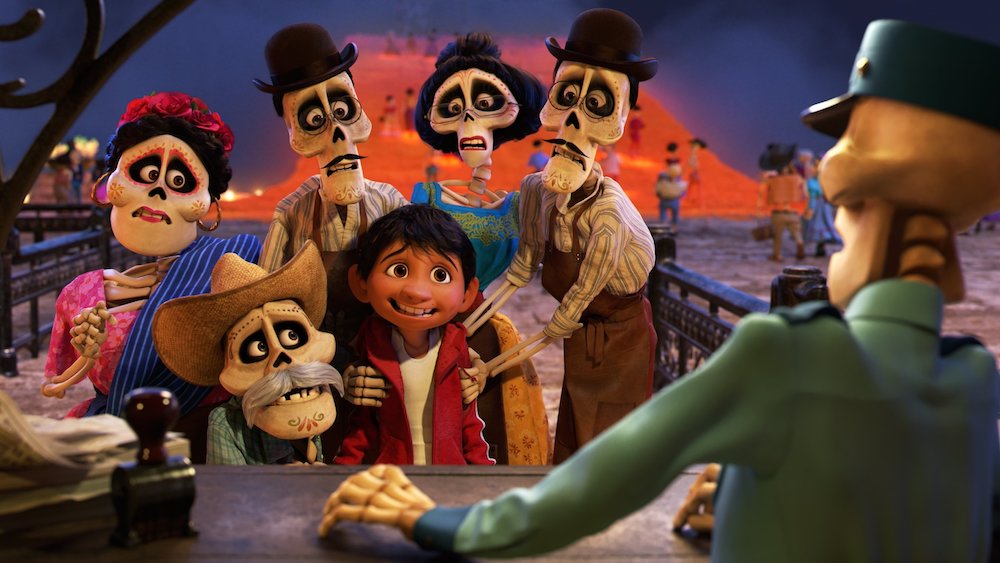 The introduction, which details the history of Imelda’s family, reminded me of the much celebrated prologue of Up, even though it doesn’t necessarily aim to have the same impact. Coco is set during the “Día de los Muertos” (Day of the Dead), the Mexican holiday that celebrates ancestors who’ve passed away. Miguel, sneaking away from his family, tries to join a musical contest in his town’s square, and in need of an instrument he decides to steal de la Cruz’s venerated guitar. Unfortunately, a curse strikes and he finds himself teleported to the world of the dead, where he meets his ancestors and other spirits, including soon-to-be-forgotten Hector (Gael García Bernal). Miguel’s quest to go back to the world of the living reveals a lot of mysteries about his family, teaching him fundamental lessons about life… and death. 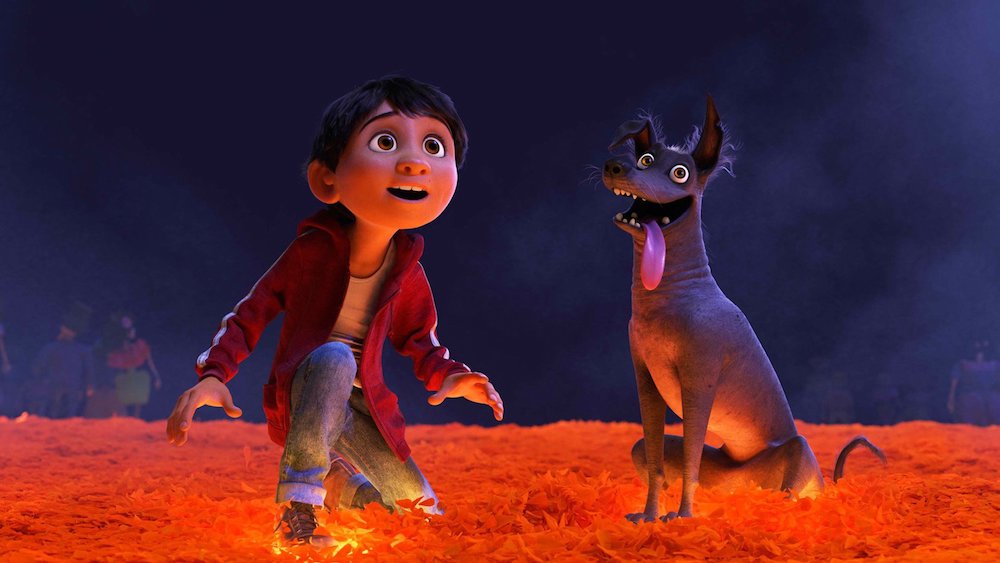 The introduction is only the first of many occasions that’ll make you think “I’ve seen something like this before”. Saying Coco develops exactly as one expects is an understatement: its structure, plot twists, and character arcs mirror many recognisable moments in Pixar’s filmography. The intrigue about Miguel’s great-great-grandfather’s identity follows a very Pixar-y pattern; this will already be a spoiler clear enough for many, and that’s how obvious these patterns have become. Coco is hugely entertaining, visually stunning, incredibly funny and touching, and it manages all of this while trapped in a certain “sameness” it can’t shake off, no matter how much it reinvents. This “sameness” will make it feel derivative more than once, and trap it into a structure that ultimately limits its potential. What can be seen as inevitable in many animated films, mainly aimed at a younger audience, often strikes as predictable in Coco. 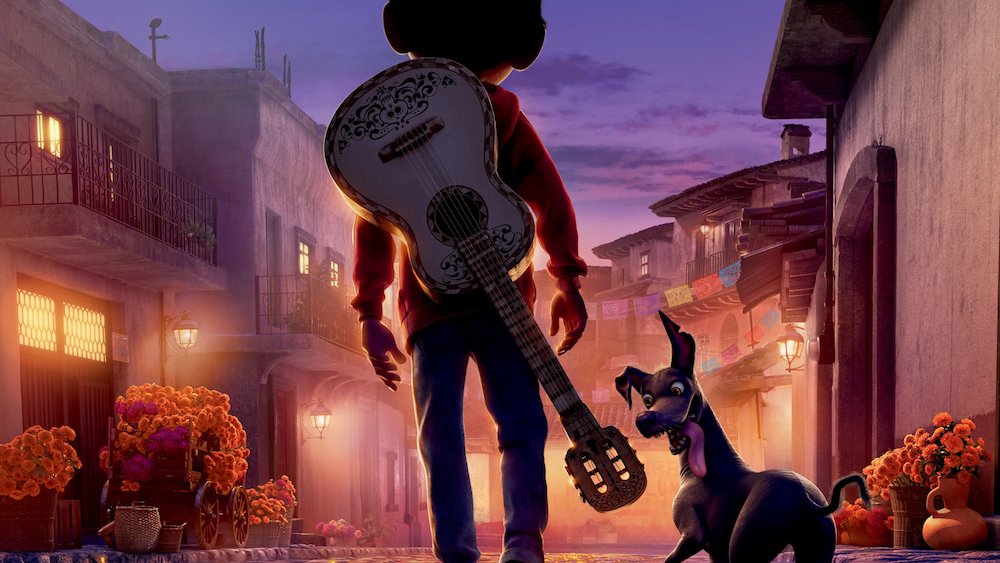 Sometimes it feels like Pixar stalwart Lee Unkrich, co-directing with Adrian Molina, picked the safest way to meet all of Pixar’s criteria. Could it be a consequence of the extended production period Coco went through, as Unkrich’s original pitch was way back in 2010? Even though the storytelling seems a little too contrived, especially in the second half, Coco manages to pull off some truly excellent filmmaking. The scene of Miguel practicing with his guitar in his hideout, while watching recordings of de la Cruz’s films, is a true gem and one of the greatest moments in animated cinema. The depiction of skeletons and their otherworldly existence (featuring surpassed Macintosh computers, old-style walkie-talkies, and other “dead” technology) blends marvellously with the Mexican traditions and colourful scenarios. And brace yourselves for the execution of “Remember Me” at the end, which will invariably have you in an ocean of tears.

Coco is fearless in its embracing of death as central theme, and handles the contrast between family traditions and newer generations’ interests, talents and passions very well. A similar concept is central to the spirit of Día de los Muertos, evoking the cyclic nature of death: the old passing away and leaving ground for the new. If Inside Out made important steps towards addressing more mature and complex subjects, Coco continues in that vein and raises the bar a touch higher. The moment is right for Pixar to finally let go of its old schemes and safe go-to canons, and embrace the new, letting their imagination run even wilder.