Well, “Part 7” of Twin Peaks: The Return was precisely what most of us were waiting for. Like Jerry Horne (David Patrick Kelly), high as a kite, lost in the Douglas firs, and without a car in this week’s opening scene, we’ve often wondered where the hell we were over the last six hours of David Lynch’s sprawling narrative. Jerry’s paranoid phone call to brother Ben (Richard Beymer) must have resonated with many of us watching but, thankfully, “Part 7” isn’t a further exercise in how many Gordian knots the series can tie itself up in. Under the circumstances, this is as linear a narrative as you’ll get and recaps the story thus far.

As expected, the pages Hawk (Michael Horse) found in the bathroom door are those missing from Laura Palmer’s diary. The diary chronicled Laura’s descent into drug addiction and her abuse at the hands of the malevolent BOB. The three pages of four recovered by Hawk confirm another link to Twin Peaks: Fire Walk With Me (1992), wherein Annie Blackburn (Norma’s sister and Dale Cooper’s love interest) communicated with Laura in a dream and told her: “my name is Annie, and I’ve been with Laura and Dale. The good Dale is in the Lodge, and he can’t leave. Write it in your diary.” Recapping the cliffhanger of the final episode of Twin Peaks back in 1991, Hawk realises the Dale “that came out of the Lodge with Annie that night was not the ‘good’ Cooper.” 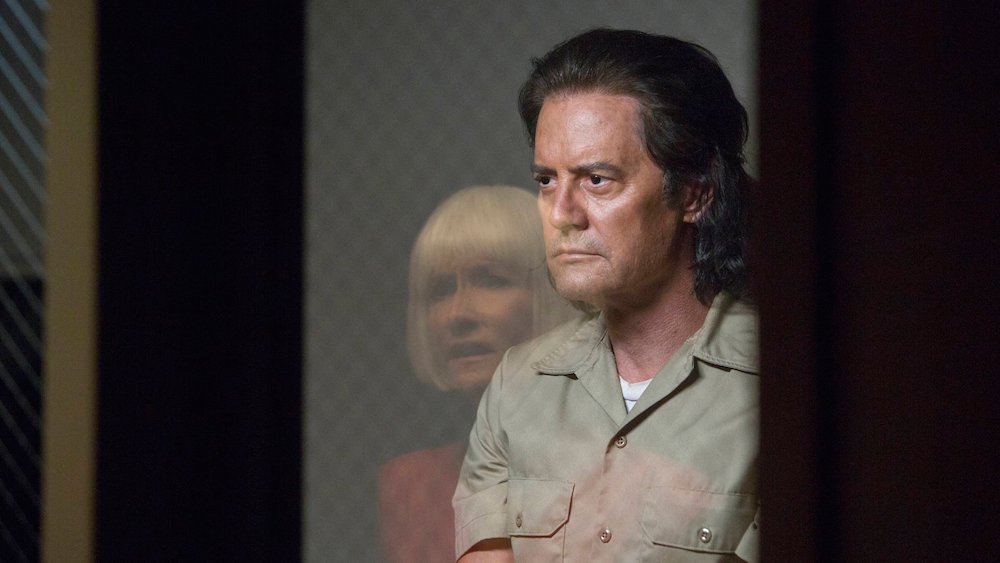 Better still, Lynch doesn’t immediately cut to another subplot. Sheriff Frank Truman (Robert Forster) gets on the phone to brother Harry, whom we discover is recovering from some unspecified illness, and more significantly he Skypes Doc Hayward. Played by the late Warren Frost, father of Twin Peaks’ co-creator Mark Frost, and to whom this episode is dedicated, he cracks an old joke on his way to “the sunny side of the river”. Amusingly, Truman uses a nifty computer screen tucked away in his desk, like something out of a Bond film, to chat to the old-timer.

We learn that Cooper (Kyle MacLachlan) left the hospital’s ICU where, incidentally, Audrey Horne was still in a coma after the bomb explosion at the bank. The long awaited return of Audrey will be interesting only if to see whether she, too, is connected to the ‘evil’ Cooper’s activities. So far, we know he’s also been in touch with Diane (Laura Dern) and was the last person to see Major Garland Briggs alive. 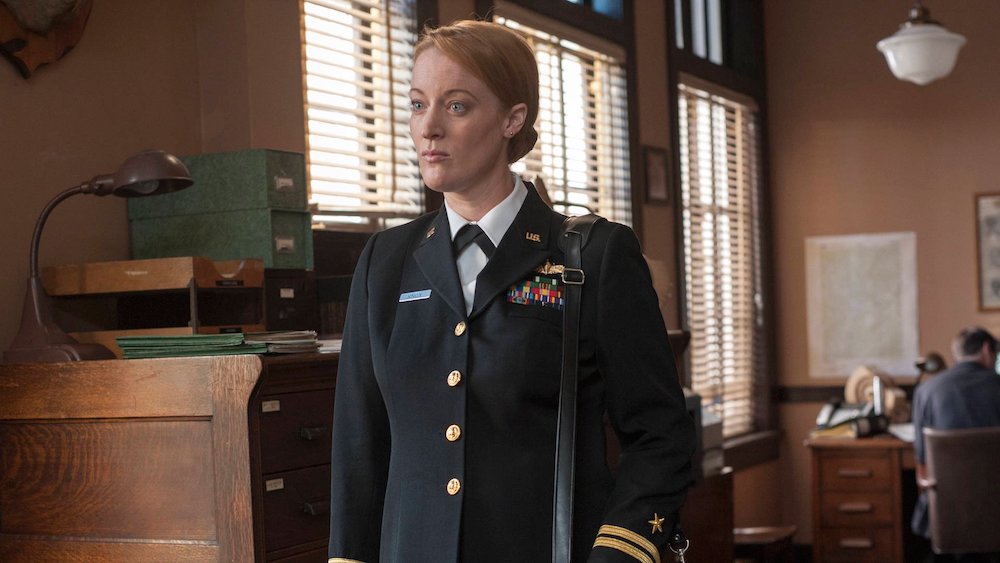 Talking about Garland Briggs, the Pentagon’s Cynthia Cox (Adele René) arrives in Buckhorn, South Dakota, and meets with Detective Macklay (Brent Briscoe) to verify the fingerprints sent to their database. Major Briggs’ prints did belong to a body but, as Constance Talbot (Jane Adams) confirms, the headless body’s of a man in his late-40s, whereas Briggs, if he died recently, would have been in his 70s. Perhaps it relates to the head of Garland Briggs floating through space back in “Part 3”. As Cox calls Colonel Davis (Ernie Hudson) to relate this information, a dark figure shuffles toward her and past the morgue. A similar figure dissolved away in front of William Hastings (Matthew Lillard) when he was sat in jail, under arrest for Ruth Davenport’s murder back in “Part 2”.

“Part 7” also sees Diane confirm to Gordon Cole (David Lynch) and Albert Rosenfield (Miguel Ferrer) that something’s very, very wrong with the Dale Cooper, also known to us as Mr. C, currently behind bars in South Dakota. Laura Dern’s excellent as the bitter, alcoholic Diane, a “tough cookie” foul-mouthing at every turn. On the plane journey to South Dakota, Agent Tammy Preston (Chrysta Bell) also points out to Gordon and Albert that there are significant differences between Dale’s and Mr. C’s prints. 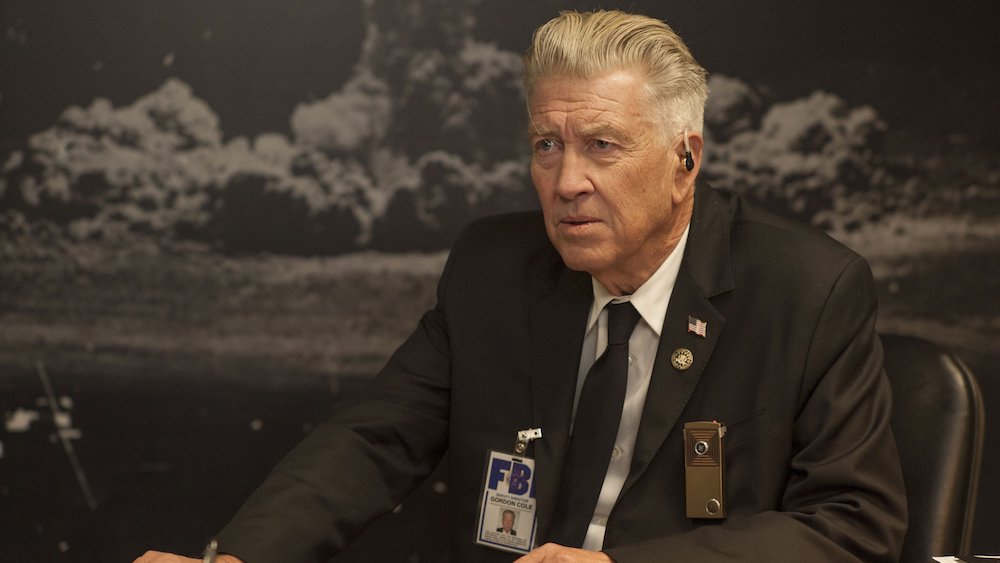 Underling the themes of doubling, mirroring, and reversal in Twin Peaks, Albert points out that the prints are reversed and Gordon picks up on Mr. C’s use of “yrev”, the backwards of “very”, when greeting him in their first meeting. He reveals the significance of the spiritual mound on the human hand by counting out the greeting on Tammy’s fingers, the backwards “very” landing on her left ring finger, the spirit mound or spirit finger.

Could the spirit mound be a symbol for the White and Black Lodges in the series? It’s also related to the Lewis and Clark expeditionary legend about ‘devils’ present at the Spirit Mound of South Dakotan Native American origin. The ‘devils’ were large-headed and 18 inches high. The Arm and The Man From Another Place immediately come to mind as does the symbolism of the left arm and the owl ring worn on the left ring finger I’ve mentioned previously. 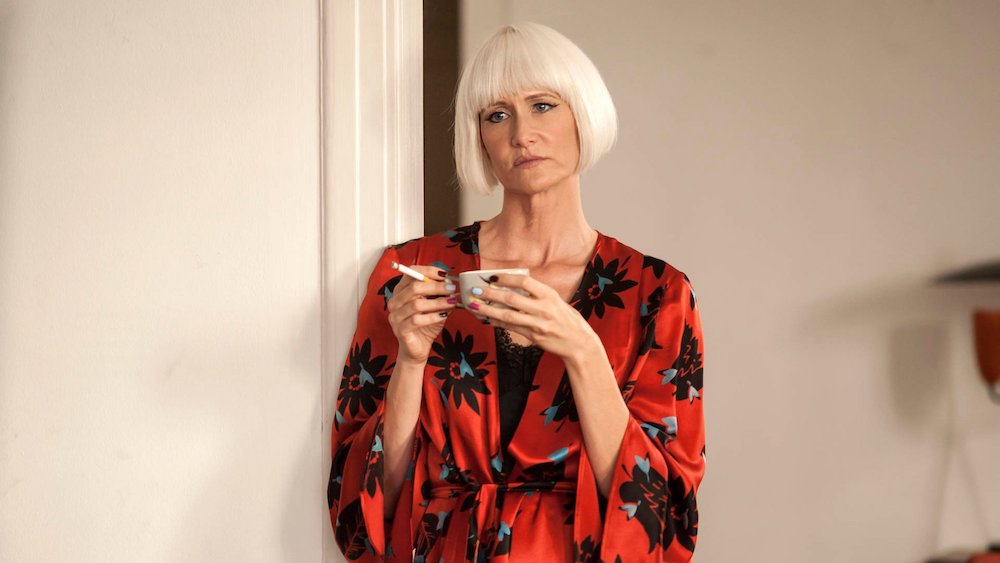 Diane fully conveys the sense we’ve had since the beginning that Mr. C left behind all that was good in the Lodge 25 years ago. There’s a genuine sense of loss and anguish as she flees her disturbing encounter with Mr. C. “Listen to me, that is not the Dale Cooper I knew. It isn’t time passing or how he’s changed or the way he looks. It’s something here (she touches her heart)… there’s something that definitely isn’t here,” she cries. And it sounds like it isn’t over yet as she confirms with Gordon that “you and I will have a talk sometime” regarding her encounter with Mr. C at her home mentioned in their exchange. It clearly drove her to drink.

Mr. C controls Warden Murphy (James Morrison) and uses the codeword “strawberry” to get a private audience with him. He previously used this to send a message to Murphy back in “Part 5” and it looks like Murphy has no choice but to follow instructions, issued with “dog legs” apparently, otherwise “people you don’t want coming around here” will be alerted if anything bad happens to Mr. C. A mention of “Joe McCluskey” has Murphy immediately cutting a deal and Mr. C driving a beige sedan to freedom “smooth and safe” with his associate Ray Monroe (George Griffith). 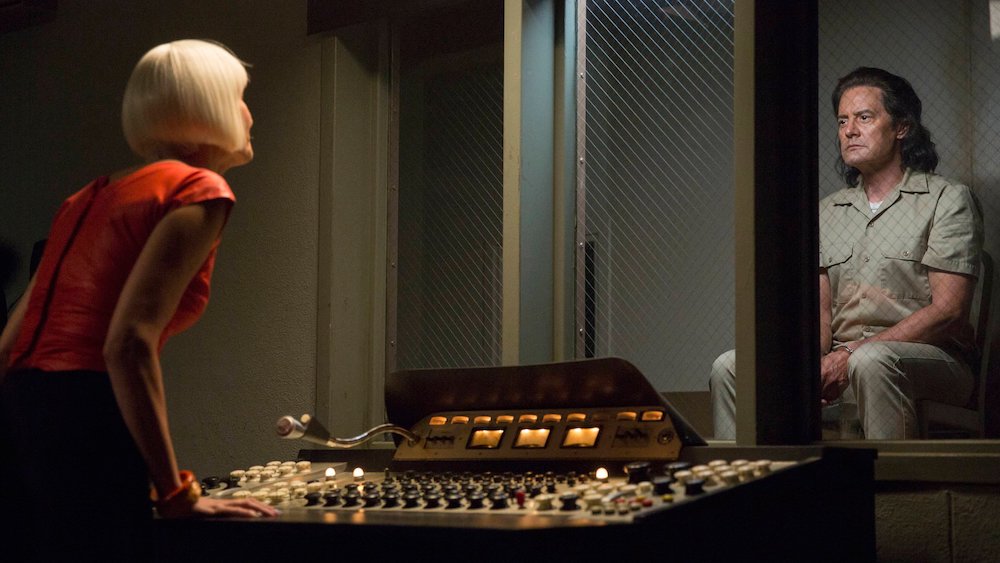 During a brief meeting at Lucky 7 Insurance with Anthony Sinclair (Tom Sizemore), troubled after seeing Dougie hand over dodgy insurance files to their boss, Dougie has a visit from the police regarding his missing car. His wife Janey-E (Naomi Watts), on her way to pick him up, confirms the car was stolen and the police reveal it was destroyed in an explosion during a car-jack. Leaving the office, Dougie, and Janey-E are confronted by the gun-toting hit man Ike ‘The Spike’ Stadtler (Christophe Zajac-Denek).

His attack seems to snap Dougie back into ‘Agent Dale Cooper mode’ and he disarms Ike with several karate blows. A vision of the evolution of The Arm (a.k.a The Man From Another Place), the large-headed, electrified tree figure we last saw in “Part 2”, demands Dougie squeezes off Ike’s hand but Ike escapes. Lynch pokes a bit of fun at media reporting and representation when Dougie and Janey-E are surrounded by eye witnesses being interviewed news crews. A little girl declares Ike “smelled funny” and a woman offers “Douglas Jones was a cobra. All I saw was a blur” as a piece of flesh is peeled off Ike’s abandoned gun and bagged as evidence. 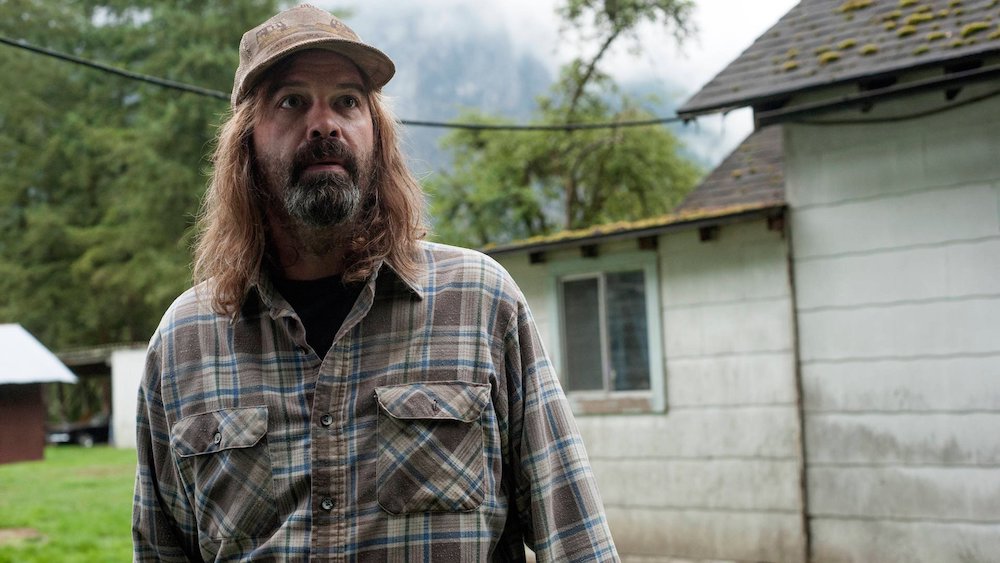 Back in Twin Peaks, Ben’s assistant Beverley (Ashley Judd) notes that an old Great Northern room key has been mailed to them and its arrival is accompanied by a weird humming noise emanating from a standard lamp in the corner of the room. This fits in with the idea of electricity as an element within an occult or alchemical process in the Twin Peaks universe, as the residue of some process the Lodge uses to create dopplegangers or astral bodies. Ben recognises the key to number 315 (there’s that numerology again) as belonging to Cooper’s room when he was investigating Laura Palmer’s murder. But that, as Ben tells Beverley, “is a long story”.

Beverley’s life outside the Great Northern is fleshed out in melodramatic fashion, underlining again those old ties that Twin Peaks had to soap opera formulas with her angry response to her seriously ill husband Tom (Hugh Dillon), who’s extremely suspicious and paranoid about her late working hours. 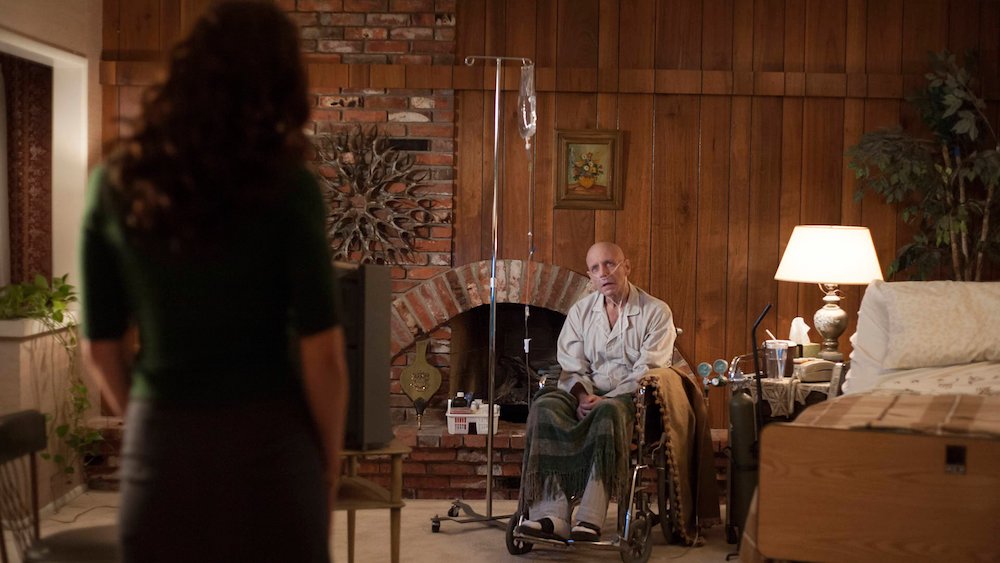 Some other interesting moments complete an episode that can certainly be considered one of the best instalments so far. Andy (Harry Goaz) follows up the hit-and-run committed by Richard Horne, and a very scared farmer (who knows something about Richard’s abandoned truck) fails to meet him. The scene’s punctuated by a brief but unnerving shot of a slightly ajar farmhouse door that implies the farmer won’t make that appointment.

Hawk’s earlier mention of Jacques Renault, in the discussion about Laura’s diary, is by way of our introduction to Jean Michel Renault (played by the same actor Walter Olkewicz) during Lynch’s three-minute sequence observing a bar tender sweeping the floor of the Bang Bang Bar to Booker T. & the M.G.’s “Green Onions”. You’ll either find this self-indulgent, or a witty masterclass in ratcheting up tension, but the phone call that interrupts it demonstrates that the Renault clan are still pimping and pushing drugs across the border to Canada.

Finally, the end titles to “Part 7”, playing out to Santo & Johnny’s appropriately named “Sleep Walk,” offer either a playful Lynchian sleight of hand or a major continuity gaffe. I’m for the former. At the Double R, as late night customers sample coffee and pie, a man bursts in (credited as Bing and played by Lynch’s son Riley) and asks if anyone’s seen Billy. Norma looks up from her bookkeeping. The two shots either side of this cut subtly shift, they increase the number of customers we see and, miraculously, Bobby Briggs and another man are sitting at a table they weren’t sitting at just seconds before.