We’re already half way through Humans series 2, and one of the issues with the first series is rearing its head again. Last year, most things came together nicely by the end, but Drummond’s (Neil Maskell) storyline felt disconnected for the most part, and certainly less integral. The same is still somewhat true of Drummond this year, but with virtually all of the principal cast returning–plus new additions like Dr. Morrow (Carrie-Anne Moss) and Ed (Sam Palladio)–it feels like Humans is having a harder time giving characters the breathing room required to sustain themselves while we wait for them to assemble.

The best shows can have characters scattered to the four winds, but draw them together thematically, making them feel part of the same single story; but, at times this season, Humans feels like two or three disconnected stories that just happen to be taking place in the same world. Each strand boasts good material–scenes in the Hawkins house; the shifting fugitive exploits of Leo (Colin Morgan), Max (Ivanno Jeremiah) and Hester (Sonya Cassidy); Morrow and Milo (Marshall Allman)’s ongoing research–but they all take place in separate spheres. The thread that ties them all together is at times becoming difficult to grab onto. 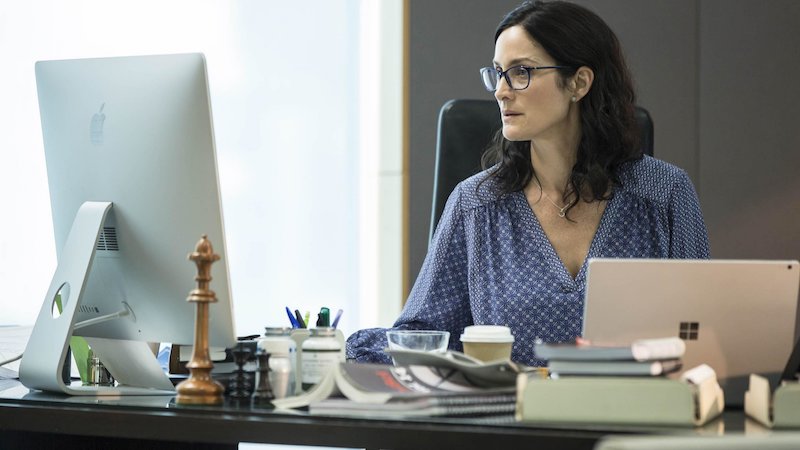 Speaking of Drummond, there wasn’t any follow-up to his synth girlfriend Karen’s (Ruth Bradley) leaking stomach bag misadventure at the end of episode 3. It felt like a major cliffhanger at the time, but judging by this episode, it might never have happened. Drummond continues to chase leads, walking into a particularly ill-advised sting, all on his own, and taking a beating for it. At least Karen had the decency to act as audience proxy and call him an idiot afterward.

Elsewhere, we got a genuine cliffhanger (i.e. one that will surely be followed through on) as Ed unexpectedly turned on Mia (Gemma Chan). It was a shocking development, particularly after watching their sweet romance develop to the next level this week. Mia’s post-coital chat might need work, but she’s great with Ed’s ailing mother. Their scenes were full of new relationship awkwardness, deepened by their additional human/synth awkwardness. 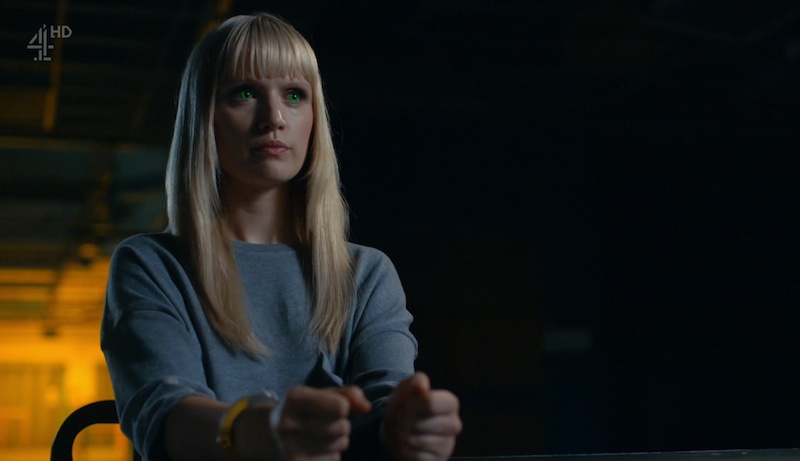 Meanwhile, Laura (Katherine Parkinson) continued to defend Niska (Emily Berrington), this week by bringing in her former lover from Berlin to help prove she’s human. Quite how Laura found Astrid (Bella Dayne) is the sort of plot-hole we’ll just have to gloss over, but it did lead to a really nice scene once the truth came out. There are a lot of complex emotions flying around between these two, and while it’s revelatory to the prosecution that Niska has passed as human, it’s possible that Astrid’s continued feelings for her might even go some way to convincing Niska herself that she’s worthy of saving.

The tension among Leo, Max, and Hester also came to a head, with Max ultimately walking away from the dangerous path that Leo seems intent on taking. Hester may only just be learning how to be a conscious being, but she’s already learned to play those two against each other expertly.

In the Hawkins’ household, Toby (Theo Stevenson) continued to court his ‘synthie’ friend from school (Letitia Wright), while young Sophie (Pixie Davies) was diagnosed with JSAD (Juvenile Synthetic Association Disorder), in which the line between synthetic and human life has become blurred. Whatever could have caused that, I wonder? It probably doesn’t help that Mattie (Lucy Carless) now has Odi (Will Tudor), the broken-but-conscious synth, jerking his way around the house. 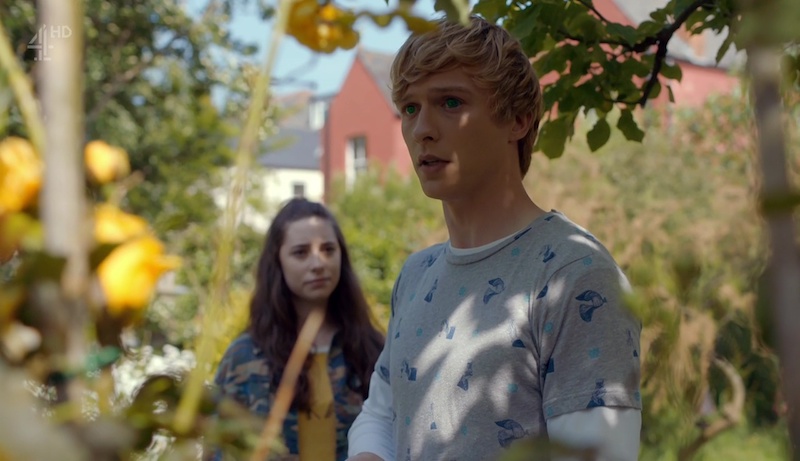 And it’s perhaps in Odi’s trip back to his old house that the episode’s most affecting material lies. Where once Odi’s mind was deteriorating and George struggled to live with his struggling surrogate son, now Odi returns home with a new mind, fully intact, and finds the tables turned. Odi now struggles to deal with his memories of the home he shared with what he now recognises as a surrogate father–someone his newly conscious self will never get to meet. “I remember feeling nothing”, he says, even as he can’t help but be drawn nostalgically and sadly back to George’s old house. Will Tudor continues to do exceptional work in this role, whether physically as a synth, or in showing Odi’s developing humanity.

And it’s brave old Odi that came to the rescue when someone sent an imposing threat to the Hawkins house, with the aim of getting Laura to drop her defence of Niska. Who sent the threat is a mystery, although the fact it was sent means Laura appears to be winning her case.

Also intriguing is Mattie’s discovery that Joe (Tim Goodman-Hill) wasn’t fired by his human supervisors, but as a result of some theoretically impossible synth-to-synth communication, without a human intermediary involved. Presumably, these aren’t awakened or conscious synths, but just the regular robot kind. And if they’re starting to communicate or conspire among themselves, then that’s a serious problem. “This is how we lose”, warns Mattie ominously. After all, every Matrix or Terminator scenario has to start somewhere. Conscious synths are one thing, but are we starting to see the beginning of a different kind of singularity?