The best word for E4’s newest comedy is ‘amiable’. Tripped, co-created by Jamie Mathieson (who wrote the Doctor Who episodes “Mummy on the Orient Express” and “Flatline“, in addition to working on Being Human), is the story of two slackers: Milo (George Webster) and Danny (The Inbetweeners’ Blake Harrison), who find themselves swept up into a crazy adventure when it turns out that there are many different parallel universes but unfortunately a crazy sword wielding lunatic (Scottish comic Richard Gadd) wants to kill them—for reasons as yet unexplained—in every one.

It’s got a bit of a Bill & Ted vibe going on, without ever quite hitting that film’s heights of dumb brilliance, and a tiny hint of cult classic Spaced—although, again, without the weird wit that made that show stand out from the crowd. That said, this opening episode was well paced, the leads (Webster in particular) are both likeable, and BAFTA winner Georgina Campbell plays Danny’s girlfriend Kate with a winning mix of smarts and charm. It’s the sort of stoner show you could imagine passing the time with after a good night out; undemanding, reasonably entertaining, and relaxing to watch. Can it develop into something more interesting? On the evidence of the first episode, I’m not sure… but I feel enough good will towards it to tune in next week and find out. 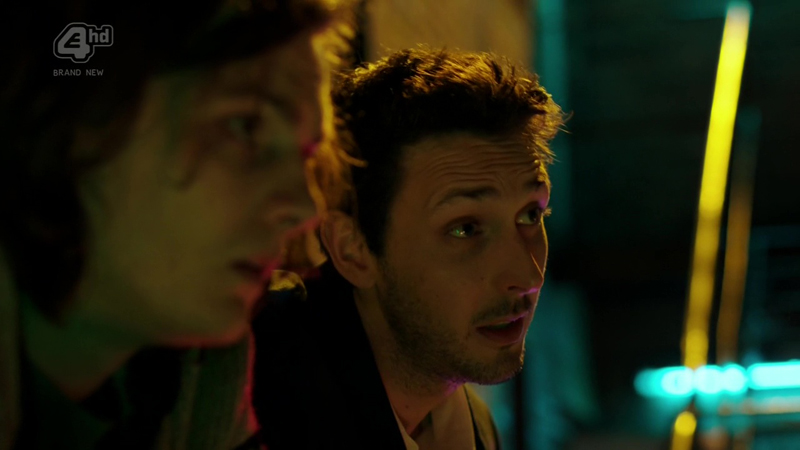 In the first world Danny is a slacker-turned-pet-insurance-salesman who’s finally ready to “become a big boy” and is engaged to Kate. Milo is his long-time best friend; a bit of a mess whose parents left him and whose grandmother died seven years previously in a cruise accident. Danny and Milo have been growing apart for some time, mainly because the latter doesn’t really get on with Kate—who sees him, with some justification, as an aimless stoner. We first meet our hapless duo at Danny and Kate’s engagement do, where it swiftly emerges that Milo has an interesting line in small talk and is very unhappy about the fact Danny’s chosen his smarmy colleague Paul to be best man.

After a would-be ‘deep and meaningful’ leaves Milo feeling more alienated from his friend than ever, he takes most of bag of ‘shrooms and stumbles home to despair. And this is where everything starts to get weird; for no sooner has he come home then a sword-wielding, bearded version of Danny appears in his living room and tells a long story of which the only words the extremely stoned Milo can remember are “Goldmire”. He’s swiftly followed by the evil Callum, who attempts to assassinate both other world Danny and this world Milo (still with me? Good.) From here on in things get weirder as Sword Wielding Danny disappears, leaving Milo with a dead body and only his old pal Danny to call on for help… 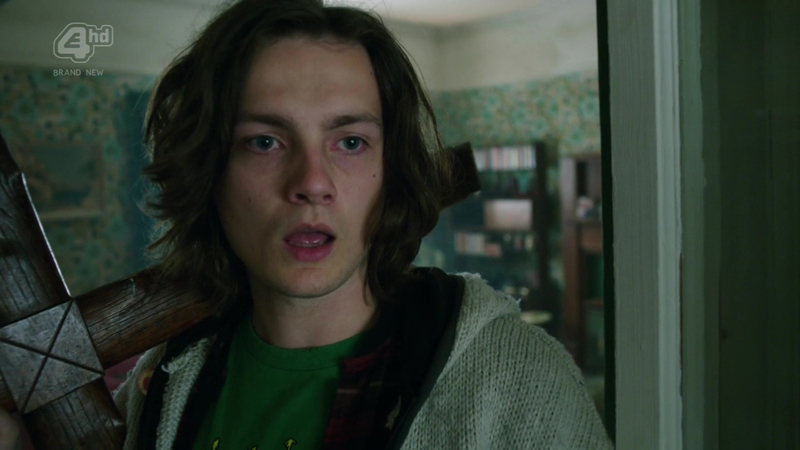 Unfortunately, things don’t work out very well when Milo does call on Danny (interrupting him from his wedding planning with Kate) and our heroes are plunged into an alternative world. In this universe, Kate is married to uber-macho next-door neighbour Pete (and very happy about it); while Danny is ‘a bit of a dickhead’ who still works for pet insurance, has been best friends with Paul for years, and spends his days stalking Kate—sending her notes saying how much he loves her and refusing to accept that they’re not together.

This Danny is also swiftly killed by Callum, while Milo and ‘Danny Prime’, are arguing about the whole best man thing (in what was probably my favourite scene of the episode thanks to the balance of realistic conversation and surreal events happening in the background). Milo, meanwhile, is a god-fearing churchgoer who sings in a choir and found his faith because his Gran didn’t die in the cruise accident but survived after her alarm didn’t go off. “It was an act of God”.

Unfortunately, while this seems like a lovely surprise for Milo Prime when he arrives (and kudos to Webster for selling the pathos of the moment pretty well), it turns out that this Gran is also convinced Milo is his dead grandfather and is thus prone to a touch of what I’d call ‘the Steve Owen’s Mums’ (after that notorious EastEnders scene of incestuous snogging). Understandably turned off by this, Milo Prime takes Milo Two with him—to try and get back to World One with Danny. After a swift chase and fight outside the pub, in which we also meet another version of Kate—this one somewhat bad tempered and adept at sword-throwing, our heroes manage to press a button into another world—but which one? 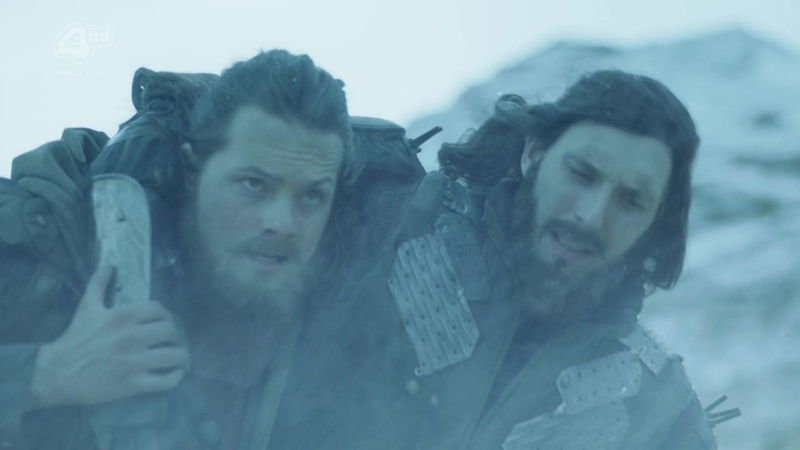 The third world we’ve seen so far is the one from which all the trouble seems to be coming. In this one Danny, Kate and Milo are fierce fighters dedicated to bringing down Callum. Kate and Danny are clearly in love and there seems to be some sort of apocalyptic battle going on. It’s also a snowy, possibly futuristic wasteland, whereas World One and Two are variations on ordinary suburbia. No doubt more will be revealed… 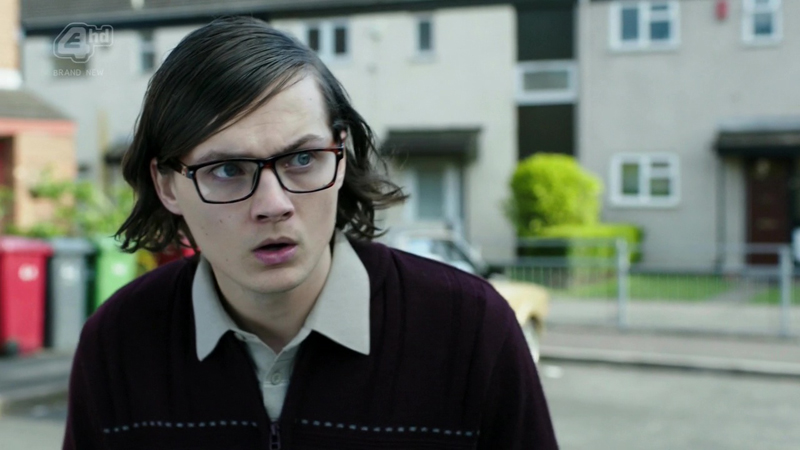 So you’re saying that not being friends with you turned me into a selfish, boring arsehole.

—Danny pretty much sums up most of Episode One’s plot.

So what did you think? Did Tripped take your fancy or was it not quite mind-bending enough? Will Danny and Milo make it back to Kate or are they stuck in time? And what exactly is Callum’s nefarious plan? As ever, all speculation is welcome below…

Written By
Sarah Hughes
More from Sarah Hughes
So what kind of a show is this anyway? Good question. Initial...
Read More