Maniac isn’t a hard show to understand. It also doesn’t have the most original of sci-fi ideas, being about two people who take drugs and end up having hyper-realistic dreams we see played out on screen.

The difference is not many are as well executed as Maniac. Cary Joji Fukunaga (True Detective) has directed an inspired piece of art, assembling the perfect cast to tell this story in the best medium for it: a multi-part television drama. With Maniac, Fukunaga creates a world that’s brilliantly off-kilter; familiar yet foreign, filled with 1980s retrofuturism, and scenes that could form the backbone of a Black Mirror episode.

The production is meticulous. A show with only 10 hours to tell a story might’ve sacrificed the level of detail, but the dream sequences in Maniac provide a lot of background treats. During a rewatch, you’ll notice how the first two instalments provide most of the inspiration for all the dream sequences yet to come. Everything in the dreams is personal details blown up to ridiculous proportions: from a lemur painting to a recurring comment about rescuing a hawk. 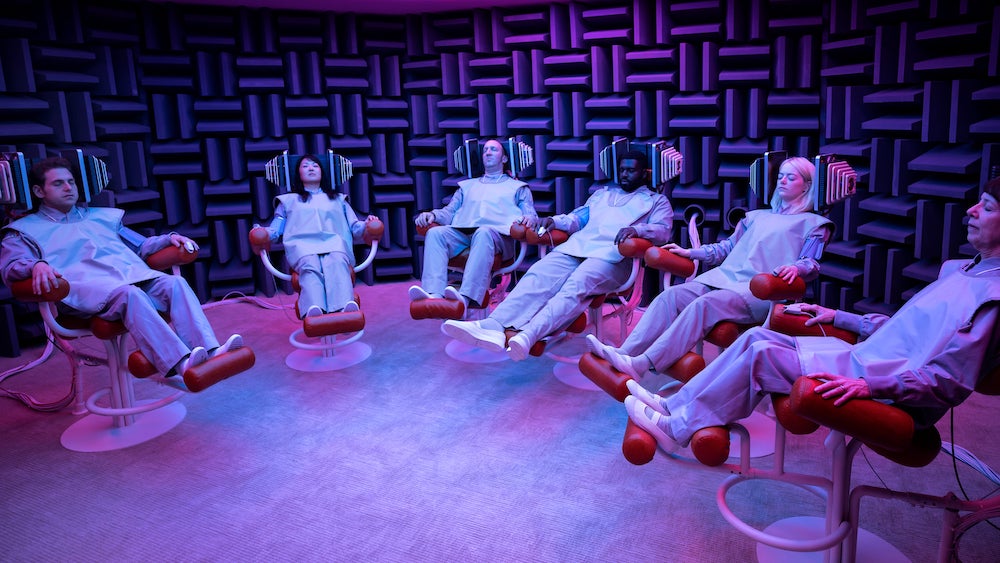 If casual viewers fail to spot its many easter eggs, our two leads, Annie (Emma Stone) and Owen (Jonah Hill), help fill in the blanks. Reunited form Superbad (2007), these actors have progressed a lot in their respective careers and Maniac showcases this to excellent effect. Both use their entire bodies to inhabit their characters, and they disappear so completely into their roles you can’t help feeling for Annie and Owen as they struggle with their addictions and mental illnesses.

The premise of the show is simple: Annie and Owen, struggling with symptoms (and diagnoses) of borderline personality disorder and schizophrenia, respectively, sign up for a pharmaceutical drug trial that promises to cure their problems. Annie, disaffected after a traumatic event involving her sister (Julie Garner), is addicted to the first pill from the drug trial, which she obtained illegally; while Owen, on the other hand, is plagued by hallucinations of a brother (Billy Magnussen) who doesn’t exist, while dealing with an overbearing family. 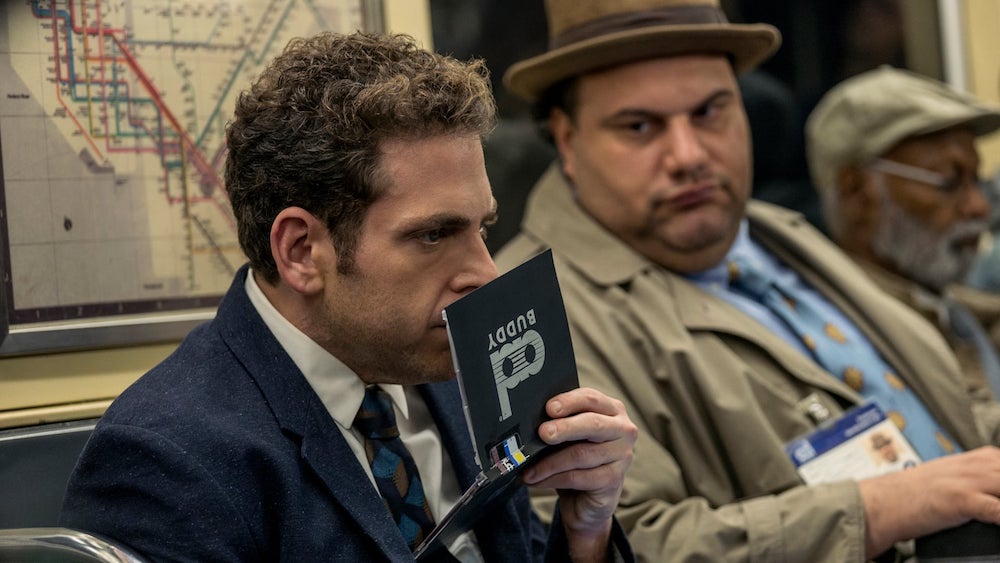 Each drug treatment is meant to put its guinea pigs through a specific mental situation. The first pill causes the volunteers to relive the worst day of their lives, so a supercomputer can identify the trauma to repair. The second pill is designed to break down their defence mechanisms, and the final pill should allow them to move to a healthier place. The trial doesn’t go according to plan, however, since this isn’t an ordinary drugs trial. The scientists here are trying to heal the human psyche itself, and to do so requires unique methods involving low levels of radiation beamed directly at people’s heads.

The series is built around Stone and Hill, and it depends on those actors to make its ludicrous dream sequences work: stealing a lemur as an ’80s-couple, being grifters at a seance, a Lord of the Rings-style elf, or gangster. Thanks to their utter commitment to each scenario, the dream sequences are like mini-movies in themselves. Hill, especially, gives a career-defining run of performances and should be recognised for his ability to inhabit so many disparate personalities (a scared mobster, a cheery husband, a schizophrenic, a magician, etc.) 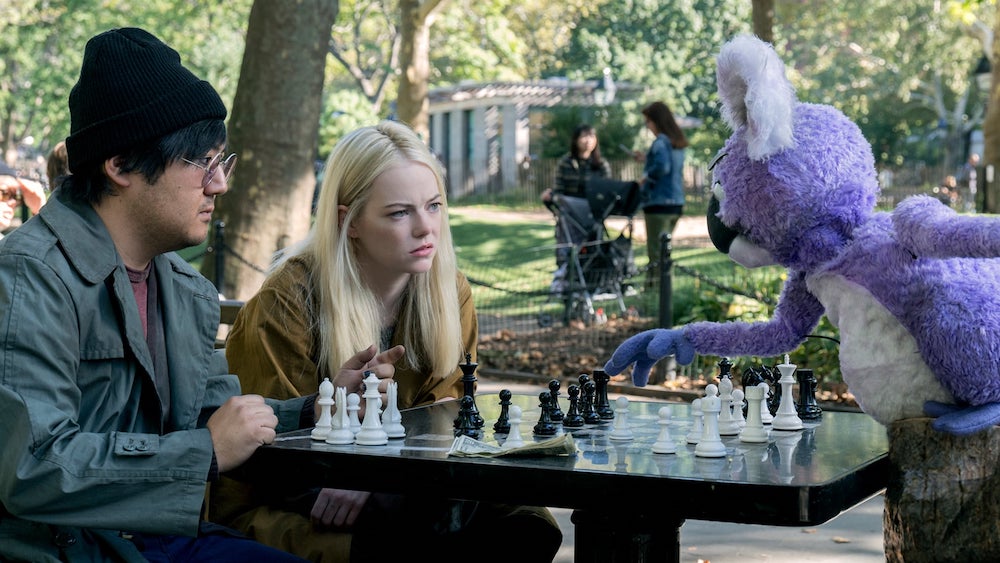 Stone and Hill are also supported by impressive turns from Justin Theroux (Mute), Sonoya Mizuno, and Sally Field, playing doctors who’ve contributed to the experiment Annie and Owen are in. Their purpose is to make the real world seem as strange as the fantasy one—to ensure that the story doesn’t seem disjointed when our leads return to reality. To say that they succeeded would be an understatement. These are some truly weird characters (one of them playing two people, another simulating sex with a robot), and the actors deliver nuanced performances with minimal dialogue.

The thing that allows Maniac to shine (besides its talented director and cast) is undoubtedly creator and writer Patrick Somerville. He knows exactly who this show is aimed at, and how to construct it for maximum impact. Nobody will watch this limited series and think “they could have cut it down and made a two-hour movie instead.” This show utilises every minute of screentime and was made for Netflix binging and rewatching.

One thing that I particularly enjoyed was how Maniac never forces its female lead to be a ‘manic pixie dream girl‘ or damsel-in-distress, which enables the story to spread itself evenly between both lead actors. Maniac also doesn’t betray its core message in the end, which is that life sucks, especially for those with mental illness. Change is hard, but with a small positive change comes small positive results, and that can be enough for now. I can’t speak to its accuracy portraying mental illness, but it never seemed to infantilise those who suffer from it. The ending might seem like a cop-out, at first glance, but you soon realise its silver lining might be short-lived… and that reality might sink in soon.