It’s both a success and failure that the funniest thing about Judd Apatow’s latest film is basketball star LeBron James. I’ve never seen him play on the court, but he can certainly play ‘the weirdo’ in a rom-com; appearing in Trainwreck as a bizarre version of himself who’s befriended doctor Aaron (Bill Hader), the subject of an article being written by wayward trash journalist Amy (Amy Schumer). Her magazine deals in articles such as ‘The 10 Ugliest Celebrity Children Under 6 Years Old’, to give you an idea of just how trashy we’re talking.

It’s fair to say that Amy has commitment issues. The film’s opening provides a tour through her sexual escapades, and her distancing techniques. She has a rule about not staying the night with any of her conquests, running away before the chance of things getting too serious emerges. But this rule is occasionally broken, owing to drunkenness. Parental infidelity on the part of her father is flagged up early on as a potential explanation, but Amy’s behaviour doesn’t really need an explanation. One of Trainwreck’s strong points is its willingness to attribute such unashamed behaviour to a female character. And although Amy Schumer wrote the film, it’s hard to escape the fact that director Judd Apatow normally looks at such characters from and for a male perspective. In this regard, it’s an interesting departure for the director. 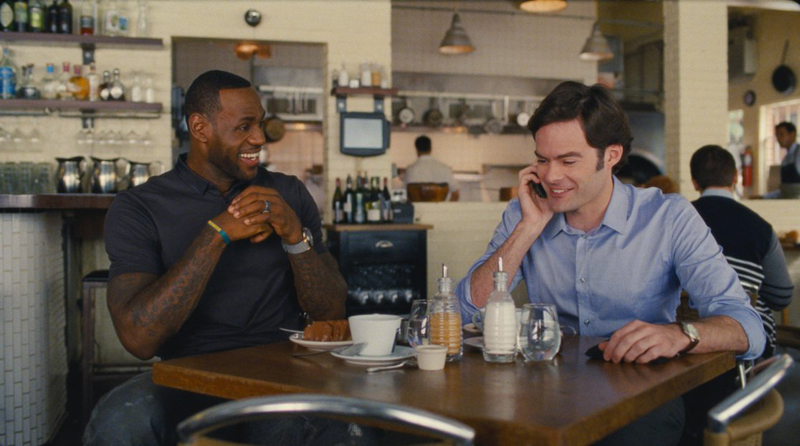 It’s not much of a departure, though. This is still well-trodden ground for Apatow. And Trainwreck, again, displays his directorial strengths and his recurring weaknesses. With Any Schumer, a genuine comic talent—both onscreen and in the film’s script—Apatow has the backup and the base from which to stage his gags with confidence. Given his record (or absence of a record) with regard to comedic female characters, the bulk of the successful humour must be attributed to Schumer. It’s hard, for example, to imagine that the joke in which Amy drastically overshares at a baby shower could have come from anyone other than her.

Apatow’s trademark is by no means absent, but this might not be such a good thing. Trainwreck slowly morphs from something risky and daring into something far more conventional. If you’ve seen any film from the director’s filmography, or any recent Hollywood romantic comedy for that matter, you’ll know where it’s all heading. The film does bend conventions, largely relating to gender, but it never goes as far as breaking them apart, or being brave enough to take the narrative arc in a radically new direction. 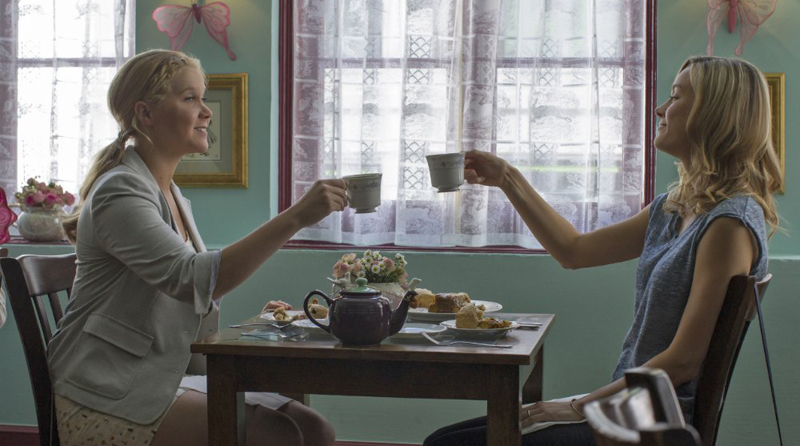 When Amy is tasked with interviewing and profiling Aaron for her magazine, she’s initially uninterested. With no passion for sport or medicine, she’s forced into taking the job by her slightly psychotic editor Dianna (Tilda Swinton). Much has been made of Swinton’s performance here, and for good reason. Her part is played with excruciating and flamboyant brutality. Before long, Amy is in love with the man she had no interest in profiling—who’d have thought it?

The major subplot of Trainwreck concerns the messed up family from which Amy sprung. Her father is a “racist, homophobic drunk” now in an assisted living facility, and her mother passed away before the beginning of the story. Amy’s sister resents her father for his past infidelities, and no one gets along with anyone else for very long. Kim (Brie Larson), her sister, has a very conventional family life, and Amy resents this as if it were her own life rather than her sibling’s. Even the whiff of an ordinary family life seems to set her on edge. 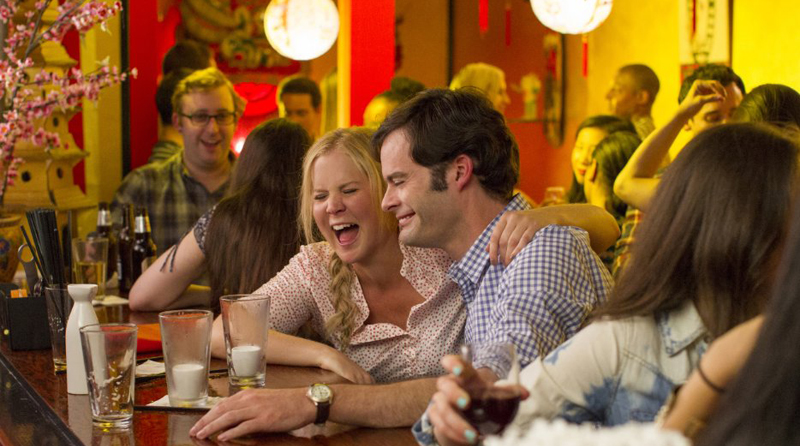 It isn’t fair to judge Trainwreck on the machinations of its plot; that’s not where its strengths lie, or where the strengths of Apatow’s films have ever been. The real bite and vitality comes from the brief exchanges and moments of pure comedic staging. This is where you can see glimpses of a master behind the camera. Apatow will keep hold of a scene until he’s squeezed every drop of the emotion he’s aiming for out of it. And as soon as that moment comes, it’s dropped and the next idea is focused on.

But the director’s romantic leanings always get the better of him, and the climax of Trainwreck could have done with a little more daring if the film were to be raised to another level. Still, it’s a comedy that’s repeatedly funny, so it’s already doing better than most. Maybe we take that for granted when it comes to the release of a new Apatow film. Trainwreck maybe feel like an all too conventional let down in places, but as long as we’re laughing, who really cares?