Kate McKinnon is a scene-stealer. From her ongoing performances on Saturday Night Live, to her portrayal of Holtzmann in Ghostbusters (2016), she elevates any material she’s given. In The Spy Who Dumped Me, McKinnon’s paired with straight-shooter Mila Kunis, playing Morgan Freeman and Audrey Stockton, best friends plunged into a week of chaos after finding out that the latter’s ex, Drew Thayer (Justin Theroux), was secretly a spy.

Cue shoot-outs and double-crossing, as the friends are thrown into a surprisingly realistic fish-out-of-water experience. The plot itself is convoluted and unravels quickly upon closer inspection, but is saved by quick-firing dialogue and the magical chemistry of its leads. Co-writers Susanna Fogel (who also directs) and David Iserson perhaps try too hard to provide twists aplenty, with an unnecessary subplot intending to make viewers think about the nature of data privacy, but that ends up being irrelevant. The film also starts weakly, with an opening that veers more towards annoying than charming. Despite small details sprinkled throughout the narrative to explain a few glaring plot-holes, it still doesn’t hold up to scrutiny. 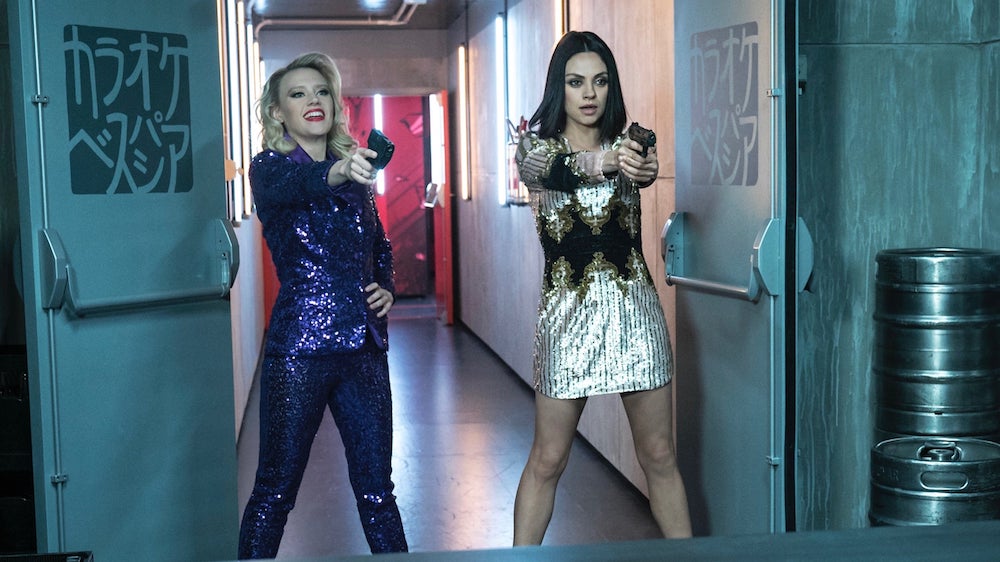 However, The Spy Who Dumped Me has some of the strongest broadly-comedic scenes I’ve seen this year, which made my audience laugh with a gusto unheard since Melissa McCarthy’s Spy (2015). The Spy Who Dumped Me uses the fish-out-of-water trope to great effect, and you just can’t help laughing during sequences where Morgan and Audrey try to hijack a car in Austria, only to realise it’s a stick shift they can’t operate, prompting to a slow crash into a newspaper stand while the car’s owner bangs on the windows. And this is just one gag out of many. Once you hear where Audrey keeps a key evidence piece, and what Morgan’s full name is, you won’t be able to stop giggling.

At the same time, the movie gleefully revels in all the violence of a big action film. Promising supporting characters are killed without a second thought, and usually with a level of gore that’s unusual for a comedy. It works but because the characters react with the relight amount of genuine horror. When people are shot, the characters scream at the same moment we’re flinching. It helps the audience connect with the characters more, but particularly the two leads. 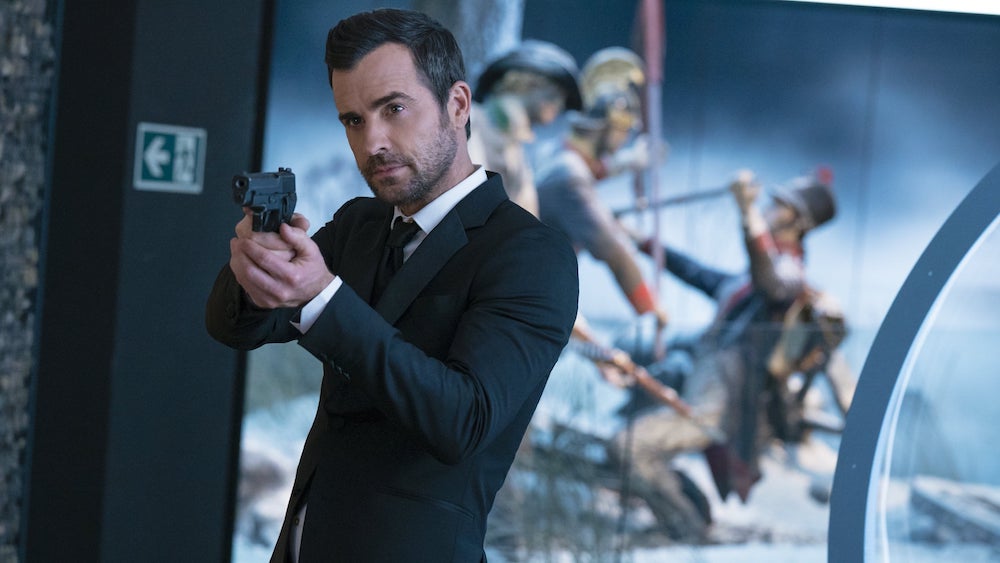 When watching an action film, there’s always an unfortunate expectation ‘the men’ will swoop in to save the day—especially in a film like this, where the professional spies are all males (except for Gillian Anderson’s boss, who doesn’t need to get her hands dirty). However, Fogel ensures the women always get the last laugh, or the last kick of the grenade. It’s a small and obvious tweak to make, but it keeps the story exciting, as subverts genre familiarity enough.

It’s also a good thing the writers have a talent for dialogue, as I lost count of the number of great lines. There’s also a pleasing amount of self-awareness to the script. Kunis can remark on the inherent rashness of her following a handsome stranger (Outlander’s Sam Heughan) out to a car, where she “might get thrown into a back of a van”, only for the latter to actually push her into a van, and the scene still works. 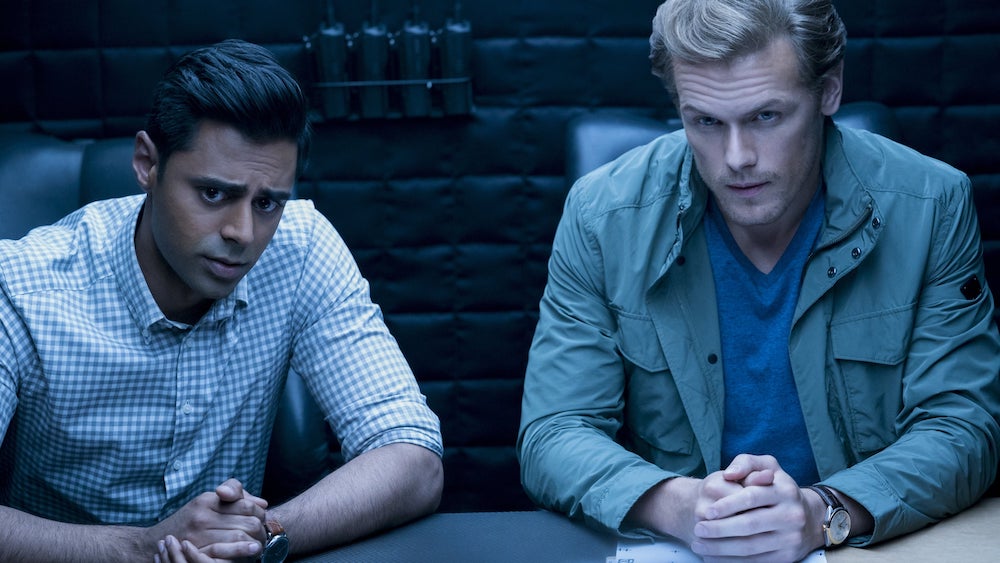 Kunis and McKinnon commit to the absurdity, which makes this movie all the better. They also develop more and more chemistry as the story goes along, and by the end you’re begging for a sequel where they teach a new generation of girls how to become spies. The part that stands out is the script’s commitment to showing their friendship; this is a film with two characters that have opposing personalities, but who clearly, and demonstrably, love each other to bits. It’s something I haven’t seen in awhile, and makes the character dynamics more interesting to watch. It will also strike a chord with many best friends, who can ask themselves “are you Audrey or am I Morgan?”

The supporting cast do a phenomenal job, with Theroux stealing the show through simple tweaking of his expressions. Heughan and Hasan Minhaj also deserve credit for their portrayal of ‘buddy spies’ who develop into other characters over time, and their banter elevates every scene they’re in. 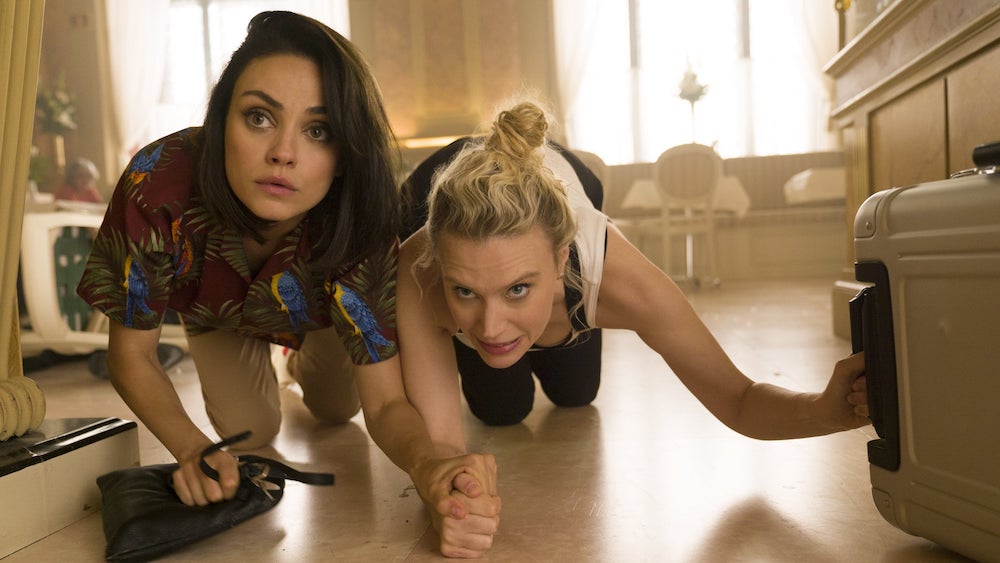 In the end, even though the plot doesn’t hold up, it almost doesn’t matter. You could watch these scenes individually, play them over and over, and still laugh. As an action-comedy, it ticks a lot of boxes for a ‘summer blockbuster’, so it’s sad it hasn’t been marketed as such. It’s hard to imagine, but if it weren’t a female-led movie, with a female director, The Spy Who Dumped Me would be a much bigger deal and deemed ‘worthier’ of a bigger marketing push.

After all, this is an action comedy with two stars, one of whom’s undoubtedly a rising comedy star, and the other’s a Golden Globe nominee (for Black Swan). With a stellar supporting cast and a story with wide appeal, Lionsgate should have aggressively promoted it. McKinnon and Kunis also deserve more movies to reunite them, as they’re comedy gold together.