As a lifelong wrestling fan, I’m certainly accustomed to taking some stick for it. Despite being a hugely successful industry for decades now, wrestling’s rarely been accepted as a cool and mainstream entertainment, instead frowned upon as a weird ‘fake’ spectacle that confuses many people. It’s always been so much more than that, however. It can be easier to mock than to try and understand its popularity, which is why I was hesitant when Netflix first announced GLOW.

Thankfully, creators Liz Flahive and Carly Mensch captured the essence of wrestling; the passion and dedication of those involved, and the mixture of flamboyant characters and intriguing storylines with impressive athleticism. GLOW’s first season was a solid look at the ups and downs of being a wrestler, and came at the perfect time for highlighting the work ethic and determination of female wrestlers in particular. 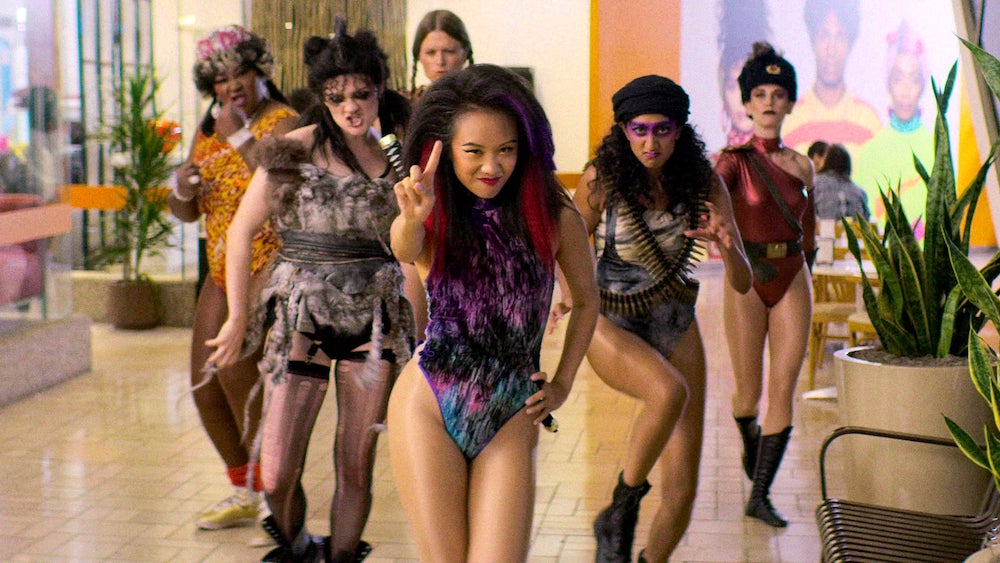 With a mostly positive reception from critics and viewers alike, it was no surprise Netflix chose to renew GLOW for a second season. There was a lot of mileage in the characters, as the GLOW troupe are an impressively diverse and multi-layered bunch, giving their storylines added depth. It may be marketed as a comedy but there’s real heart and soul to GLOW, which helps elevate the scripts. Wrestling is easy to laugh at on a basic level, sure, but the best comedies offer something more for viewers to sink their teeth into. Most importantly, GLOW proves that wrestling can be timeless and, despite looking back at the 1970s and ’80s, there are still so many sporting/entertainment issues that remain relevant to this day.

Season 1 was mostly focused on the birth of the company, especially the journey of Ruth Wilder (Alison Brie) from struggling actress to confident athlete. It was clear that many of these ladies had absolutely no wrestling experience, and perhaps no interest in the squared circle, but it became a sisterhood for those trying to find their place in the world. By the end of the season they’d scratched and clawed their way to a position where Debbie (Betty Gilpin) defeated Ruth to become GLOW champion. Considering the two were former best friends, due to Ruth having an affair with Debbie’s husband, they worked pretty damn well together. But could that last? And what of the numerous other ladies just waiting in the wings for their chance to headline? 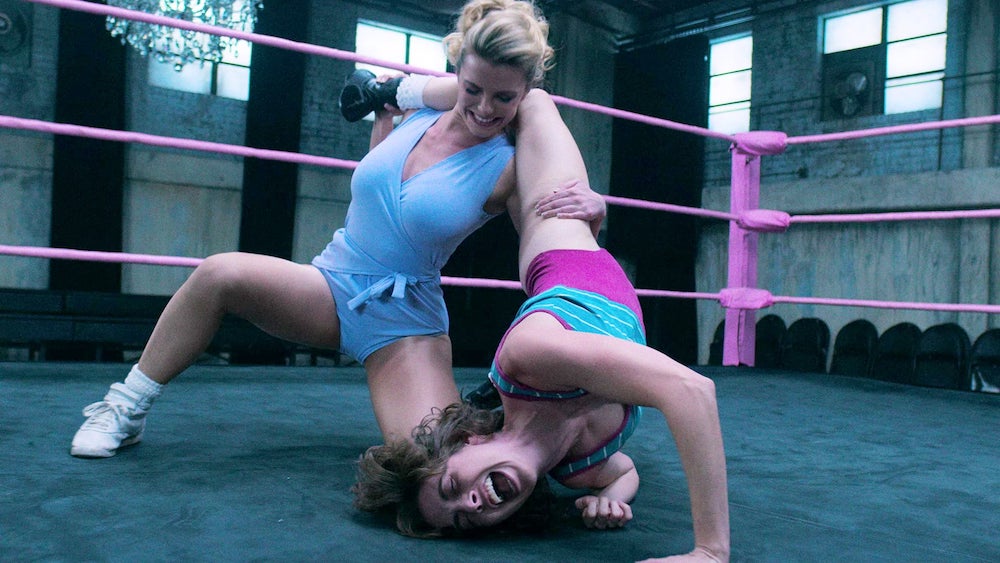 Importantly, GLOW manages the find the balance between drama and laughter. The writers understand the story shouldn’t get too dark. It’s a feel-good show, and when we join the ladies again they’re in a far better position than they were originally. Season 2 finds them with a newfound confidence and self-belief, knowing they can entertain people and there’s actual demand for them. It’s not going to be an easy road, but there’s a feeling this could really go somewhere.

It’s interesting to see how the men are treated in GLOW, especially director Sam Silvia (Marc Maron), as they often seem far more challenged and unhappy. It’s safe to say that this isn’t exactly Silvia’s happiest time, but one feels he’s slowly being won over by this group of misfits, who are willing to give their all for just a little success. It might not reach the heights that he’s dreamt of, but it’s a start. So even when he’s being a complete arsehole he isn’t allowed to get the upper-hand completely. GLOW is all about female strength and fighting back against stereotypes and male domination. 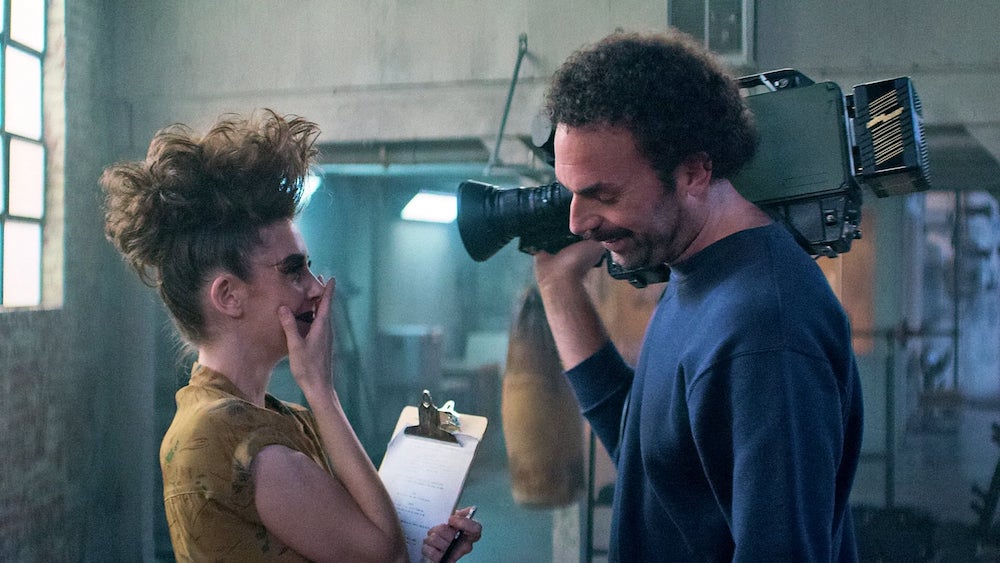 Ruth has found her place as ‘Zoya the Destroya,’ a character completely opposite to her own true personality. Zoya allows her to escape from reality, tap into that longing for an acting career and put it to good use. Now she knows what she’s doing it’s time to focus on other things, such as rebuilding the friendship she once had with Betty and perhaps even pursuing happiness on a romantic level with someone again.

This season takes characters that were once broken and shows them finding their feet in the world, and allowing them to stick together and push each other further than ever. Contract negotiations, relationship break-ups, etc, all show these women are learning to have a voice and not just sit back and be told what to do. Cherry (Sydelle Noel) gets her own storyline where she leaves GLOW to headline another show as an actress, but she struggles to fit in and deliver her best. Characters change based on audience reactions and feedback as well, as GLOW deals with complaints from people who aren’t too impressed with what they’re offering on screen. It’s a challenging time for all involved but the wheels keep turning. 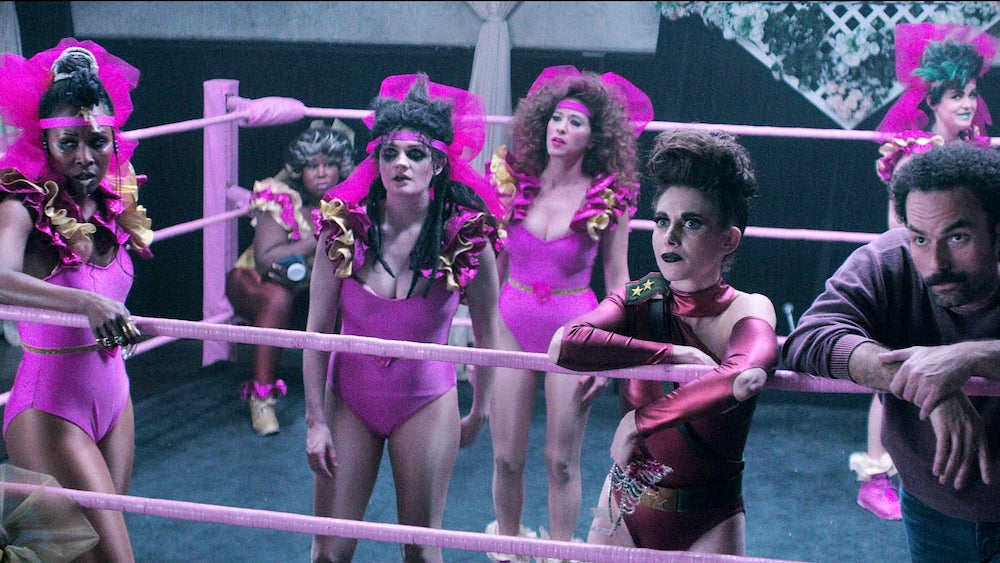 There’s no doubt that some of GLOW is sickly sweet and sometimes piles on the comedy—with Kate Nash as Rhonda being a personal highlight—but there’s room in the show for scenes that aren’t played simply for laughs. It’s a time in history that could be portrayed bleakly, in terms of the treatment of women, so GLOW needs to deliver a strength in its characters that has them rise above any social darkness.

The second season again offers twists and turns that make everyone question themselves and whether GLOW will succeed, but there’s always light at the end of that tunnel. That’s no bad thing, as we could do with a little positivity in the world these days, and everyone involved with GLOW knows that. This is a show that highlights the best in humanity, and making the most of what you’ve got in a world that often tries to bring you down. If you’re looking for something that’ll make you smile and forget your problems for a while, GLOW will certainly do that. It doesn’t matter if you’re a wrestling fan or not, even the most skeptical of viewers will find inspiration and heart-warming moments.

Written By
David Bedwell
More from David Bedwell
With recent news of a second season pickup for 13 Reasons Why,...
Read More