When you hear about a film titled “Scared Stiff”, with no prior knowledge of what it might be about, there are a number of natural conclusions one might come to. It could be a family-friendly Halloween movie for, à la Hocus Pocus (1993); it could be a Tales from the Crypt-style high camp horror anthology; it could even be a slab of very, very sleazy pornography with a Gothic horror twist (we were all thinking it). On the other hand, the one thing you’d likely never in a million years expect would be a haunted house B Movie that attempts to tackle, with unabashed sincerity, the legacy of slavery in modern American society.

That’s right, Scared Stiff is Amistad (1997) by way of Poltergeist (1982), except far more progressive than the former and much less frightening than the latter. Upon a shallow inspection it comes across as low-budget 1980s horror cheese, but dig a little deeper and it becomes clear just how bizarrely ambitious and filled with challenging ideas this film is. Is it entirely successful as either a horror movie or social commentary? Well no, not in either regard. However, when a film manages to address legacies of the violence and trauma inflicted by white men in America, while also prominently featuring a man literally unzipping his scalp to expose his brain, there’s definitely quite a bit to unpack.

Originally released as The Masterson Curse (arguably a much more descriptive and effective title than the pretty generic Scared Stiff), the film opens on a 19th-century plantation, where one George Masterson is leading a slave auction. We cut to a handful of slaves locked in the plantation’s attic deciding to get their revenge by performing what is, without doubt, a tastelessly inaccurate voodoo ritual to set a curse on Masterson and his descendants. Two thoughts immediately come to mind upon seeing this prologue unfold: one, this is an incredibly misguided B Movie; two, this is an incredibly bold B Movie. Fast forward around 130 years later, and a family of three is moving into a new house. The conflict? It’s not a new house, it’s the Masterson family plantation, and the literal and figurative spectres of slavery still haunt the premises.

Patriarch David Young (Andrew Stevens), a psychologist who met his pop star wife Kate (Mary Page Keller) when she was a patient of his, comes to be possessed by George Masterson’s spirit and gradually becomes more ill-tempered, abusive, and ultimately murderous. It’s up to his son Jason (Josh Segal) and wife to prevent Masterson from consuming David’s soul and, perhaps more importantly, prevent David from murdering both of them. 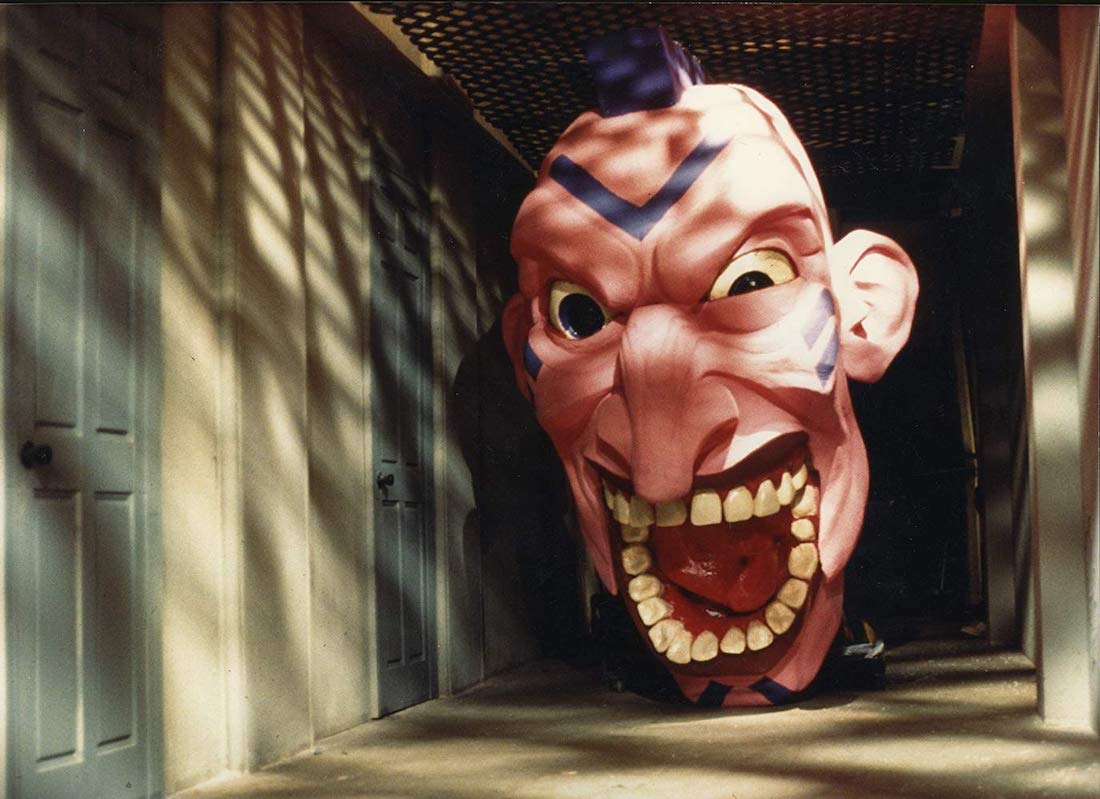 Most of this is par for the course in a horror film: The Shining (1980), The Exorcist (1973), and even The Amityville Horror (1979) have all done this before, and with a more artistic result. But the devil is in the details here, and there’s a whole lot of deeply strange and unexpected subtext to unravel. Before things very abruptly turn into a carnival of surreal VFX in the third act, David’s descent in racist-ghost-induced-insanity manifests itself in pretty direct, true-to-life abusive behaviour. He hits his son, berates his wife, and generally speaking exerts his authority and dominance in a violent way over everyone around him. There’s a long, dark shadow of domestic abuse that lingers over the plot, but more broadly there are some very compelling themes of straight white men having unchecked power in western society that feel almost inappropriately potent for a movie like this.

At face value, this doesn’t seem like a movie that should have a lot on its mind… but hear me out. The doctor father of an affluent white nuclear family becomes possessed by the demonic spirit of a slave-owner and starts exhibiting violently abusive behaviour towards his family and patients. Perhaps in execution it doesn’t live up to that description—no matter how much critical thinking I apply to it, this is ultimately an ‘80s cheesefest at heart—but it wins points for its unbridled ambition and commitment to the idea that trauma doesn’t dissipate but rather lingers like a ghost in the place it occurred.

Is David, and by extension white America as a whole, complicit in the violence and racism of their slave-owning ancestors? Can the wound inflicted by slavery ever be healed, or will that violence continue to unceasingly echo and repeat itself in various forms throughout history? Am I giving a movie this shoddily made too much credit for daring to even dip its toes into such difficult and complex questions? These are all questions that you’ll have to answer for yourself. The one question I can answer, however, is: “is this movie worthwhile?” If you’re someone who’d read this far into the review for a film entitled Scared Stiff, then the answer is a hesitant “yes”. The first two-thirds may be shockingly straight-faced, but once the film descends into nightmarish anarchy in the last 30-minutes it a blast for fans of ‘80s horror.

Unfortunately, for anybody else the answer is a less hesitant “no.” For all its fascinating ideas, this is not a well-written, well-directed, or a particularly well-acted movie. And the self-serious hour that leads to its bonkers climax is an undeniable slog. Still, there’s some charm in a movie that aims this high and fails, especially when small chunks of it hint at genuine brilliance. It’s a failure, but it’s a little failure that could have worked—an ambitious, disastrous, deeply strange and utterly mediocre horror movie for the ages. 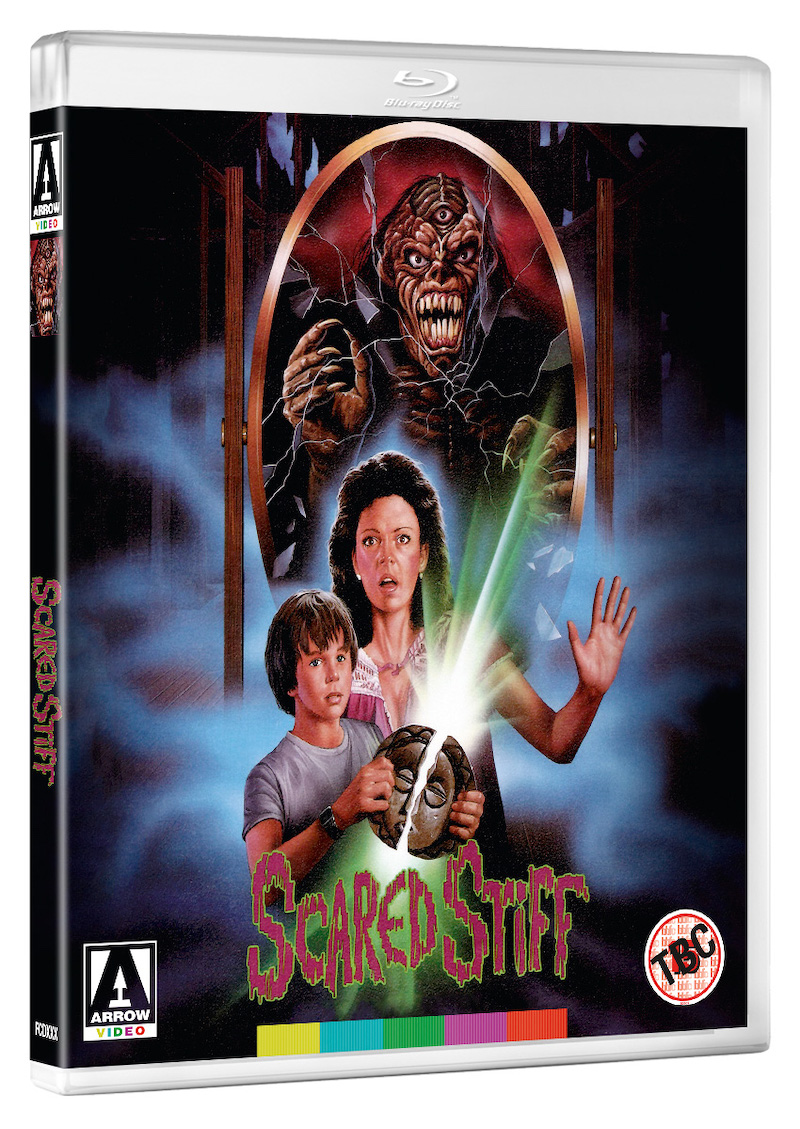