I love a good mystery, but the concern with ongoing TV mysteries, as opposed to movies or books, is they’re often designed to last for years. And it’s difficult to keep a mystery engaging for that long, so others questions are often added to complicate matters and perhaps fill some time.

Sometimes this approach works incredibly well and to the overall benefit of a story (Lost is a prime example, although having likeable characters are what kept its head above choppy waters), but sometimes audiences get confused and irritated by the constant withholding of information. There’s nothing worse than feeling strung along, and you start to wonder if the wait for answers will be worth your investment of time.

Which brings me to Netflix’s latest original drama, The OA. Even the title’s mysterious! What does ‘OA’ actually stand for? You won’t find out by watching the extended premiere, “Homecoming”, which clocks in at 70-minutes without ad breaks. But eight episodes won’t be a hardship to binge, right? And it helps that Netflix released The OA during a time when most other shows are on a winter hiatus. But be warned, this isn’t a miniseries with a beginning, middle, and end. The OA answers a few of the premiere’s big questions during its first season, sure, but those are only the tip of the iceberg. 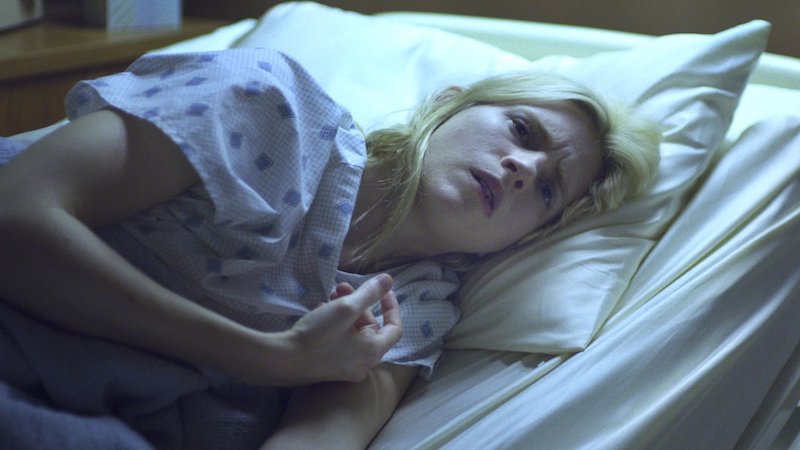 The OA has a compelling hook, opening as it does on phone camera footage of a woman apparently committing suicide by leaping off a bridge. We then cut to a hospital bed to discover the jumper, Prairie Johnson (Brit Marling), survived the fall, before her parents, Nancy (Alice Krige) and Abel (Scott Wilson), arrive to be reunited with their daughter. And it turns out their daughter’s been missing for seven years, and has somehow been cured of the blindness she was afflicted with after a childhood trauma.

The television scrapyard is full of dramas that had bold and exciting concepts, but most never take their stories anywhere interesting fast enough, so audiences lose interest and move on. The OA may fall into the same trap (and perhaps already has, depending on your taste with this sort of thing), but there were aspects of the premiere that were peculiar and unique enough to keep me watching through to the end.

Upon returning home, Prairie (who refers to herself as “The OA”) becomes a local celebrity, with reporters keen to interview her and neighbours eager to grab a selfie with her. Two FBI agents interview Prairie to ascertain where she’s been, and if she was abused because of unusual scarring found on her back, but her explanations are confusing and perhaps the result of PTSD, so they decide to leave her to convalesce at home for awhile. But it seems Prairie isn’t going to relax and readjust to her old life, as she embarks on a “mission” to recruit five lost souls and tell them the secrets of her disappearance and extraordinary family history. 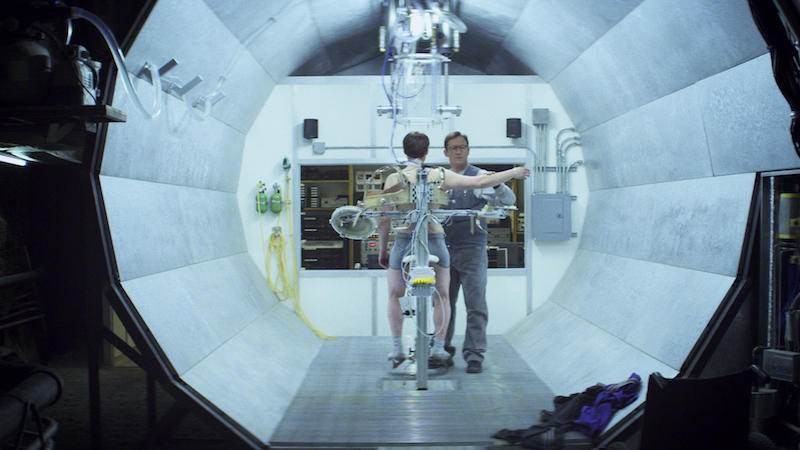 Written and produced by star Brit Marling and director Zal Batmanglij (who previously worked together on Sound of My Voice and The East), The OA benefits from feeling like you’ve seen before. Although there are whiffs of ideas touched on by Rectify, Flatliners, Highway to Heaven, Martyrs, Sense8, and Powder. And once near-death experiences enter the story, one could argue much of the intrigue dissipates because we’re so familiar with that concept. I was surprised The OA’s premiere ended the way it did, too, with an extensive flashback to Prairie as a Russian oligarch’s daughter. But perhaps it needed to happen that early, as a bit of assurance that answers will come… sort of. Well, a few of them.

Patience is a virtue with The OA. We don’t even meet Jason Isaacs’s character until the second episode, playing the softly-spoken genius Dr. Hunter Aloysius “Hap” Percy, who believes in life after death and requests Prairie’s help in furthering his unconventional research into near-death experiences (or NDEs).

Tolerance for this type of slow-burn supernatural human drama will vary person-to-person, of course. I know people who stopped watching halfway through the premiere, while others binged the whole season in a weekend. I, myself, found the first four episodes engrossing and unusual enough to keep me watching, but a certain level of hokiness creeps in during the second half. And there was a growing amount of ludicrous behaviour, poor decision-making, and outright implausibility that started to chip away at my enjoyment. 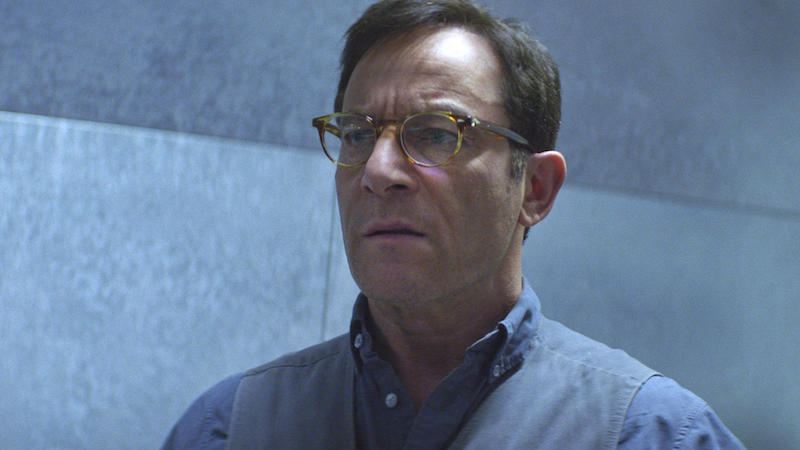 I was especially confused by Prairie getting attacked by a vicious dog owned by hunky teen Steven Winchell (Patrick Gibson), only for Steve to later sneak in through her bedroom window to help setup her WiFi, before they make a Strangers on a Train-style pact to scratch each other’s backs. Huh?

Or quite why prickly high school teacher Betty (Phyllis Smith) would be so taken by Prairie she’d agree to come to a creepy attic to hear her life story. And why didn’t she recognise Prairie at her school, when she was posing as Steve’s mother, if she’s supposedly become a local celeb over the past seven years? There were just a few too many moments where people didn’t make believable decisions, or the writers did a bad job justifying quirky behaviour. The whole idea of five townsfolk being instantly sold on the cult of the ‘The OA’ didn’t ring true for me, either, and definitely needed a few more episodes before we reached the point where Prairie’s amassing disciples.

Indeed, one of my biggest problems with the show is how Prairie’s flashbacks (revealed as she spins her yarn to the five locals in her gloomy attic) are more interesting than things happening in the here-and-now. A good flashback elucidates the present in terms of motivations, but The OA is dramatically inert whenever it’s not exploring Prairie’s “missing years”. This is probably why the majority of the show is a very flashback, but this means what remains is inadequate. I mean, who can even name all of Prairie’s attic disciples? They’re so thinly drawn it’s frankly embarrassing, especially because the finale switches focus to them for a big climax that’s both silly and deeply unearned… because we don’t really know these people, so can’t feel involved in what they’re faced with, which itself is a moment of manufactured drama that’s very troublesome. 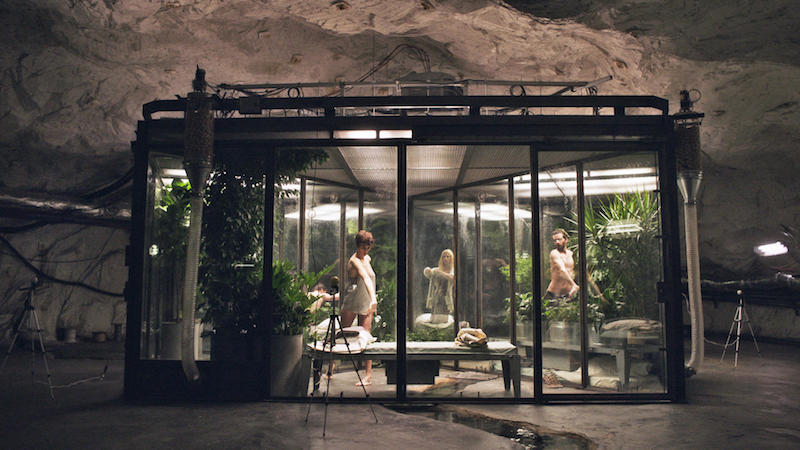 Prairie’s acolytes are underwritten folk who sat around listening to ‘The OA’ for eight episodes, with little time spent trying to flesh them out as three-dimensional people. Each person’s connection to “the blind girl” before she went missing isn’t explored (perhaps because it would mean too many flashbacks?), and it struck me as very odd nobody ever questioned Prairie’s tall tale. A rational person would think she’s gone crazy due to psychological abuse while she was missing, but everyone here just seems to go along with her nonsense—even characters one would assume haven’t got a spiritual bone in their body.

It felt, to me, that the scripts just required certain things to happen around Prairie, as the show is mostly in service of her, so very few of the supporting characters felt like credible human beings. And when that happens on a show with this kind of difficult weirdness on top of it, it becomes harder for me to buy into what’s happening.

In their attempt to tear up the rulebook on how serialised television functions, Marling and Batmanglij (who co-wrote most of the episodes) allowed key things to flounder. But hey, at least in terms of format they had some fun—with episodes of random lengths, and a premiere that doesn’t run the opening credits until almost an hour. But is that cutting edge, or just a way to make the show appear more “revolutionary” than it really is? 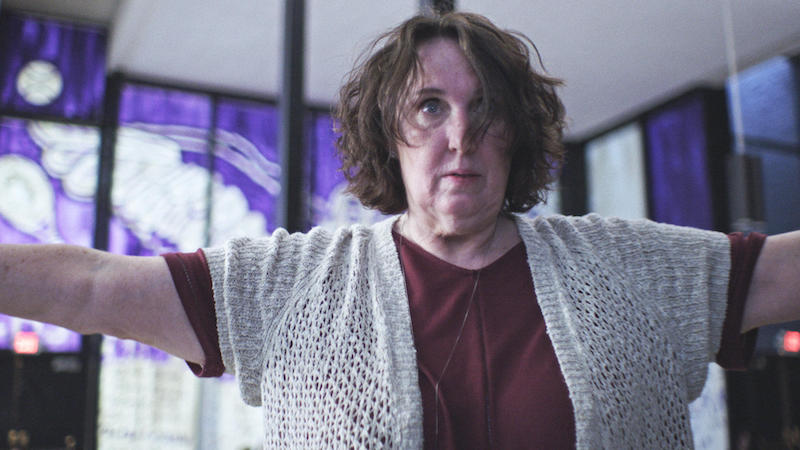 The OA gets stranger as it trundles along, but its intriguing ideas start to thin out by mid-season. One saving grace is the performances of Marling and Isaacs, which are good enough to make you forget some of the show’s faults whenever they’re around. Isaacs actually gets to play the best character; a man literally trying to chart “life after death” through deplorable means of human suffering and incarceration. I just wish his motivation for doing this has been better explored, as there’s very little explanation beyond inherent curiosity. But we’re all curious about the concept of an afterlife, but what made a man of science like Hap abduct and imprison people to get answers?

Overall, The OA is a fascinating but very problematic show. I recommend you give it a go, however, purely because it’s so different and will provoke a strong reaction. The flashbacks explaining Prairie’s “lost years” are mostly very enjoyable and certainly intriguing in the first half. However, the rest of the show needed considerable more work regarding the haphazard plotting, hackneyed dialogue, and fundamental lack of logic. The writers clearly love their ambitious concept and the “mission statement” behind wanting to make a show like this, plus they have a good handle on the characters of Prairie and Hap, but almost everything else is lacking.

The OA truly thinks it’s mesmerising and deep; a piece of art that’s genuinely transformative and perhaps a quasi-religious experience if you’re the type of person who believes in angels. In reality, however, it’s a hot mess—but an oddly charming trainwreck, at times, even if you spend most of the season rolling your eyes at the overreaching ridiculousness.