Not many shows have the elasticity of concept, or balls, to open an episode with the main character living inside a stereotypical 1980s sitcom. It’s the kind of novelty you most associate with fantasy and sci-fi shows, although I guess Mr. Robot qualifies for the latter? It was a bold and imaginative decision; and one that ultimately worked, although I must confess there were moments when I thought the series was in real danger of jumping the shark. Seeing Elliot (Rami Malek) wearing a young boy’s shorts, riding in the back of an open-top car with his Gameboy-playing sister Darlene (Carly Chaikin), on a road trip with his parents that involved meeting TV alien ALF… was, trippy, to say the least. I wasn’t expecting it to last as long as it did, either, as part of me wondered if Sam Esmail was going to set the entire episode in TV Land… but, thankfully, my fear was unfounded.

I did have some concerns, though. Mr. Robot is already asking a lot to have us believe that Elliot talks to his dead father, who “exists” in the world because of his Dissociative Personality Disorder. I know it’s a real condition, but I’m unsure if actual sufferers experience effects exactly like Elliot’s, as the show is understandably more interested in making good television than being medically accurate. So to now throw in the idea that Elliot, or the Mr. Robot (Christian Slater) portion of his personality, can also create elaborate mental worlds for him to exist inside, while in the physical world he takes a savage beating, was stretching credulity a little. But hey, this is TV—and the sequence was a lot of fun. I especially liked “special guest star” The Man In The Trunk (revealed to be Wellick), Angela (Portia Doubleday) playing a cute gas station worker, and the surprising role for Elliot’s dead boss Gideon (Michel Gill). 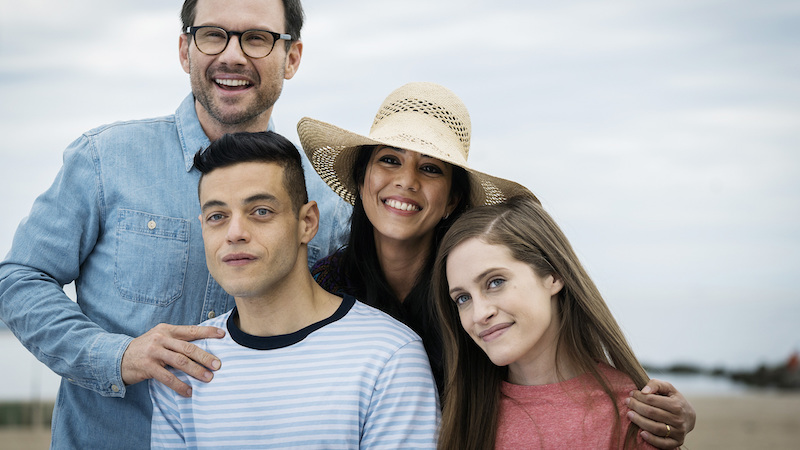 But I was very pleased it didn’t form the basis of a whole hour. Thankfully, we caught up with Elliot in reality and the truth of his predicament came into sharp focus: he’s now a slave to Ray (Craig Robinson), who wasn’t the soulmate he appeared to be earlier in the season, cursed/blessed with the same disorder as Elliot. If he doesn’t use his expertise to help Ray and his reprehensible Dark Web activities, his body’s going to end up just as broken as his mind. It was a particularly cruel detail that Ray and his attackers took Elliot to the hospital, for emergency treatment, only to drag him away once his worst injuries had been dealt with. And what an unexpectedly emotional moment when Mr. Robot appeared to Elliot, expecting to be shouted at for the ’80s sitcom weirdness, but instead receiving a tearful hug. Having spent much of this season as enemies, two halves of a warring personality, it was touching to see Elliot realise this phantom of his psyche can do some good. To paraphrase Mr. Robot, lies really can protect you sometimes.

The crux of this episode’s drama was actually centred on Angela. She’s now agreed to use her business connections to help fsociety hack the FBI. An intensive program to teach Angela how to hack was the first order of business, and she was a quick study, before being assigned a dangerous mission by Darlene: take a portable WiFi box into the FBI, connect it to their server, hack their system (after some audio prompting from Darlene), then hope the kit does its job and forces every nearby phone to connect to their modem. 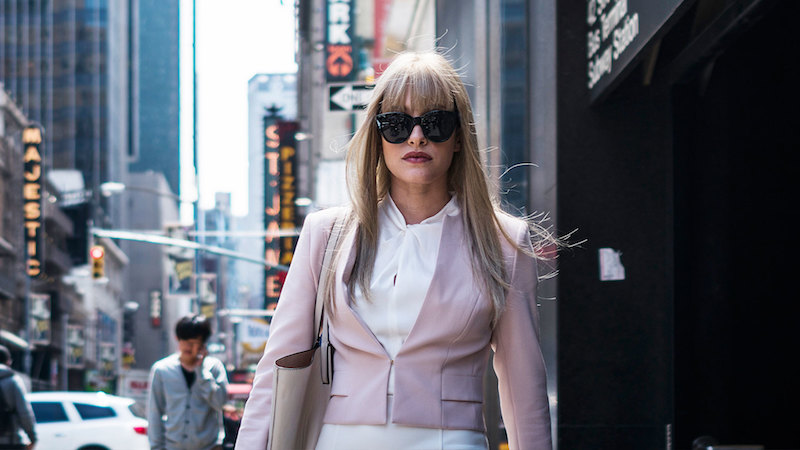 Angela’s mission felt like this season’s version of the Steel Mountain infiltration, from last year, but was just as fun. I loved how Esmail kept the audio on Angela receiving help from Darlene while sat on a toilet in the ladies restroom, while his camera left that room to scout outside, and how Angela’s awkward encounter with an office admirer became a huge source of tension as Darlene and Mobley (Azhar Khan) continued to chatter in her earpiece, before she rallied and spun the moment to her advantage by applying some tough feminine charm.

“eps2.4_m4ster-s1ave.aes’ was a very good episode, full of entertaining moments, but it was also indicative of some style-over-substance issues this season’s been having. I think Mr. Robot can be a little too indulgent at times, and while I enjoy seeing a show take risk with its form and content, you sometimes have to wonder if there’s some padding going on—especially as the show has two extra episodes this year, and some episodes are a full ten minutes longer than usual. If the material was there to make use of that added time, great, but I did question the importance of several things this week. Angela’s sequence at the FBI was probably the only essential part of the episode, in some ways. 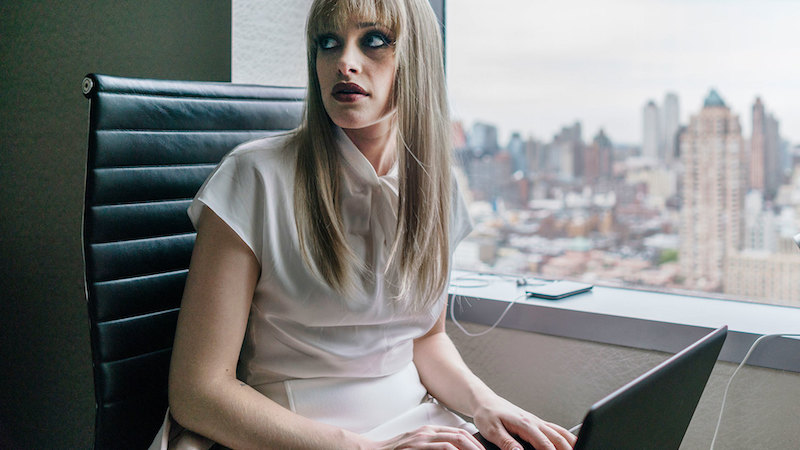 3 out of 10. Well, I knew what was going on with The Alderson family’s road trip, not long after the show opened with this extended fake sitcom idea. But it was still great seeing the utter confusion Elliot was going through, with Rami Malek asked to stay in character inside an environment that was aesthetically the complete opposite of a typical Mr. Robot episode.

So what did you think? Is the season coming together for you? Do you think the show has too much artistic expression and not enough big answers and forward development? Can we get a spin-off where Angela and Darlene go around committing industrial espionage?