You never forget the first time you heard The Beatles. That’s what people say. While it’s a nice thought and the feeling of discovering something new can be unforgettable, I expect a lot of people don’t actually remember first listening to The Beatles. The thinking is their music is so transcendent that hearing it for the first time will be tattooed on your mind forever. Is that really true?

If there’s a comedy equivalent to this idea, one assumes it might be Monty Python. As it happens, Monty Python’s Meaning of Life was my first introduction to the Pythons—and no, I don’t remember where I first was when I saw it. I know I was young—too young to be seeing it, undoubtedly. It was on VHS tape around 2000, and I imagine my mum was hovering to make sure there wasn’t anything too inappropriate in its sketches. But then, this was the time that South Park reached peak playground quotability, and the dusty old Pythons probably seemed tame in comparison… 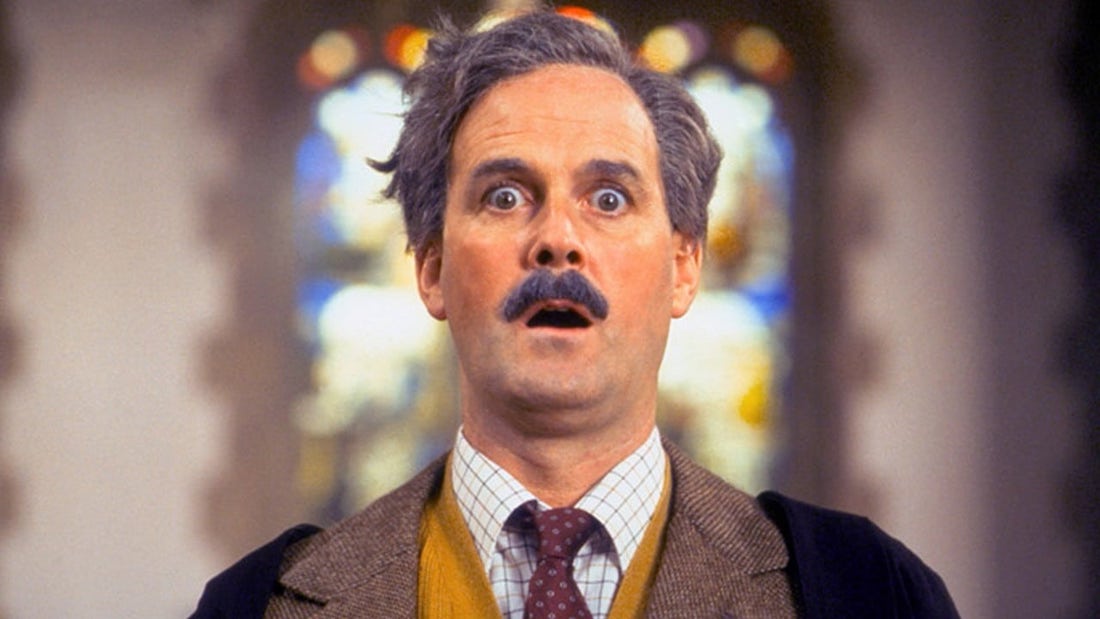 Before the film, all I’d seen of Monty Python was a shabby paperback my dad had found when clearing out his old bedroom. I remember sitting in the backseat of his car flipping through Terry Gilliam’s charmingly bizarre drawings and having no idea what I was looking at. It’d be wrong to say I felt my life change at that moment, or that I was instantly transported to a new world of absurdist humour. And it’d be wrong to say that instead happened when I watched The Meaning of Life. There was no Almost Famous-esque moment where I sat with a candle and felt my world rocked by these men. But what I did find was a bloody funny film I loved at first sight.

For a comedy troupe who never did things the way they were usually done, it was perhaps fitting to start at the end of their career as a six-piece (Graham Chapman passed away in 1989). If Life of Brian (1979) is the era-defining pinnacle of their career, then Meaning of Life is perhaps the only direction the group could’ve gone afterwards. Instead of writing another narrative, Meaning of Life goes back to the nucleus of what defined them: sketches. A format they perfected with Monty Python’s Flying Circus (1969-1974) and And Now For Something Completely Different (1971). 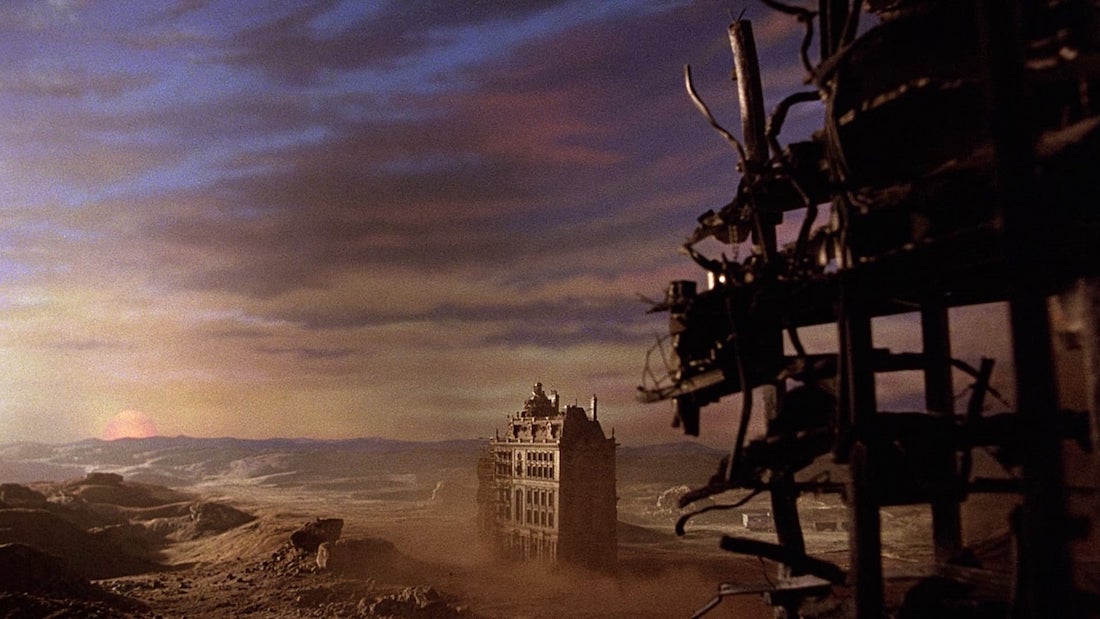 As such, it doesn’t feel like an essential evolution of the Python’s, but it’s possibly the most fun and funny they ever got. Freed from the trappings of act structures and character development, the writing and performances feel beautifully untethered and stream-of-consciousness. Sketch comedy by definition is hit-and-miss but there’s little in Meaning of Life that doesn’t work. Already 15 years into their career, it’s easy to take for granted just how impressive it is they crafted a 90-minute film with so many quotable and iconic moments.

Surprisingly not directed by Terry Gilliam (Terry Jones helmed this outing), much of the film has a ‘Gilliamesque’ flavour, particularly the wonderfully strange ‘Office Pirates’ segment (which 1983 audiences thought was a pre-movie short, later seen ‘invading’ the main feature). One gets the feeling that the troupe delighted in being uncensored, as they once were by the BBC, as evidenced by one sketch in which a man chooses his method of execution that involves dozens of nude women. Another sees John Cleese teaching a very practical sex-ed class. It feels a bit like you’re at the back of a classroom with the naughty kids—particularly as their naughtiness is so juvenile. But then, would we want them any other way? 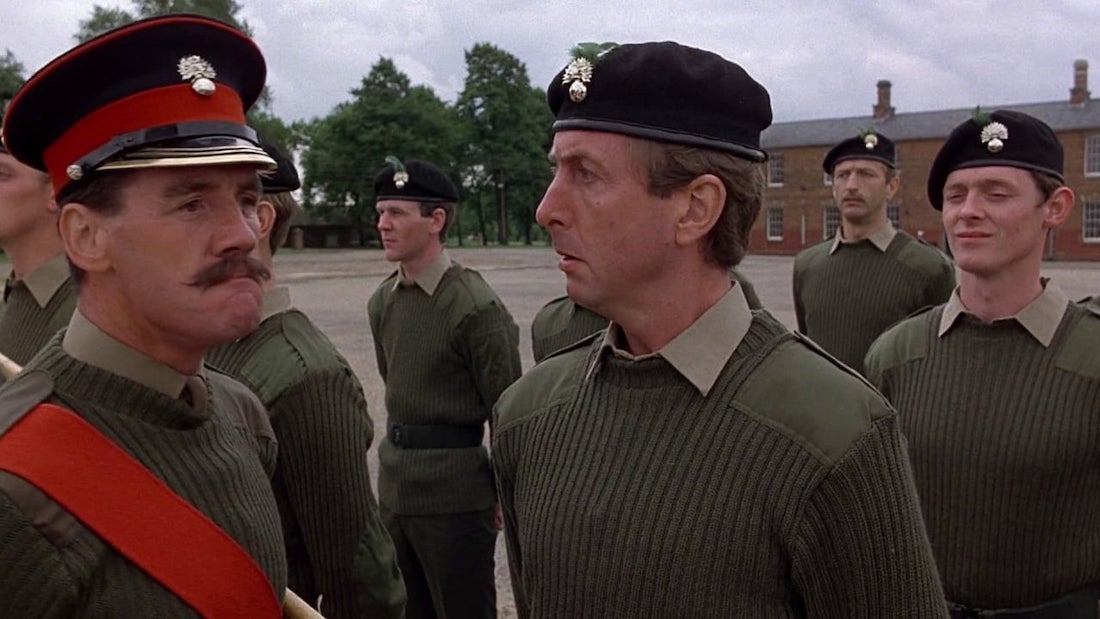 In following the loose structure of sketches-as-life-lessons, Meaning of Life has a pleasing thematic undercurrent that knows good-and-well it doesn’t care about answering life’s big question. Who needs to when you’ve got Terry Jones in an enormous fat-suit? The film is smart to follow the laughs and silliness rather than the too-clever-for-its-own-good approach that so many of its influences followed. Though often bitingly satirical and deceptively clever, the film’s strongest asset is its ability to get behind the stupidity necessary for a big laugh. That’s perhaps why obese glutton Mr Creosote has endeared so much in the public consciousness, and why the words ”fuck off, I’m full” will always be funny.

Performance-wise, each Python is operating at full capacity and much of the humour is wrung from their manners and delivery. Take, for example, one of the best sketches, in which Death visits a dinner party. There are some superb lines here (“is it about the hedge?” is about as perfect a response to the Grim Reaper one could ask for), but what sticks out is Michael Palin’s hilariously specific mannerisms and hilariously bad accent as a smug American know-it-all. (Don’t worry, they have it in for Englishmen too—“you’re all so fucking pompous!” is how the Grim Reaper describes them). 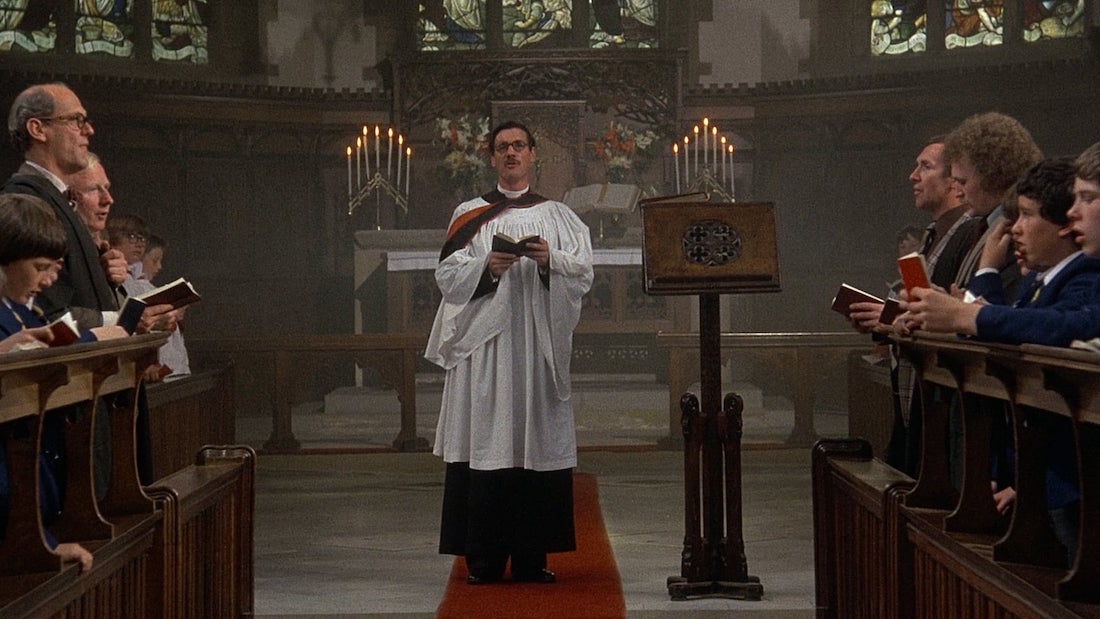 The film truly shines when it goes back to the ever-dependable songwriting of Eric Idle. His ability to craft a catchy, pleasant, and funny song is unrivalled, and Meaning of Life has some of the best in Python’s oeuvre. Life of Brian may have the classic “Always Look on the Bright Side of Life”, but Meaning of Life has the one-two punch of “Every Sperm is Sacred” and “Galaxy Song” (my personal favourite). It’s a perfect song with fantastically of-its-time visuals, working as a sort of palate-cleanser. It’s a number that makes it clear just what good timing these guys had in their prime, and how well they understood the ebb and flow of sketch comedy writing.

That’s something that carries this film and makes it ultimately successful—even if it has its weaker moments, it moves along at a sprightly pace. If a moment falls flat, there’s always a better joke coming right behind it. 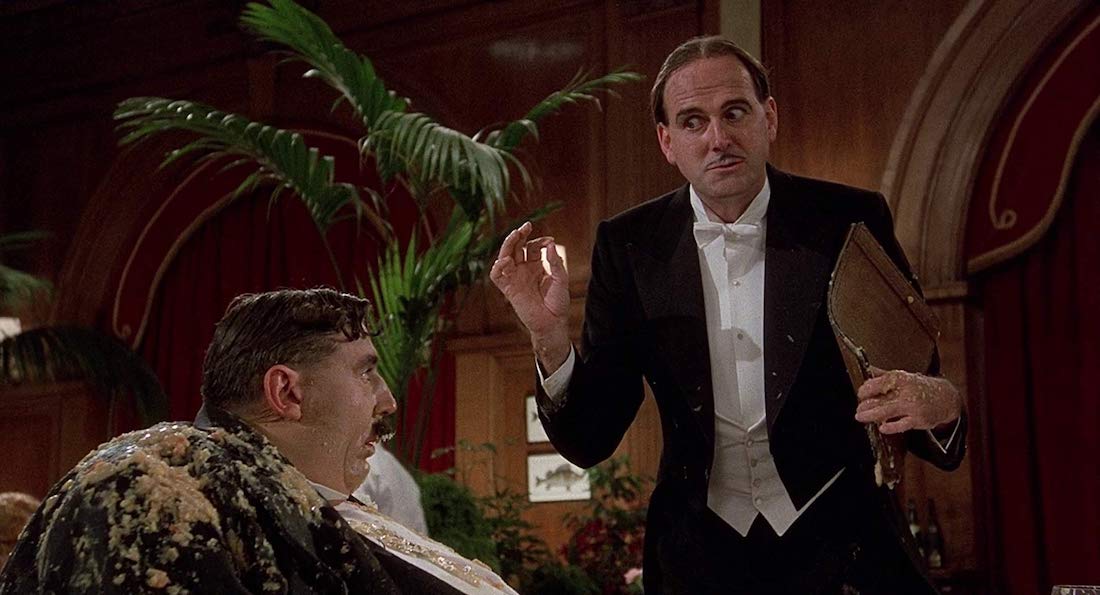 Contemporaneous reviews and box office takings weren’t quite as generous. Though it’s been reappraised over the decades since its release, Meaning of Life never received the accolades of Holy Grail (1975) or Life of Brian, and it’s not surprising this was their last feature together. If only because it truly feels like a final statement. But it remains my favourite of their extensive work. It’s patchy and often messy, but those are the things that define the Python’s anarchic spirit.

Meaning of Life wasn’t the game-changing introduction to Monty Python for me that it was for many, however. I admire their work more than I love it. The comedy they influenced—like Mr Show (1995-98), Wet Hot American Summer (2001) and even The Simpsons—has been more important to me over the years. But that’s often the case with a cultural icon as significant as Python. To go back to an earlier comparison, one might not like The Beatles but you probably love many of the bands and musicians they inspired.

With that in mind, perhaps Meaning of Life is the Python’s own Sgt Pepper’s Lonely Hearts Club Band; a strange mishmash of old and new ideas that create something familiar but completely different. 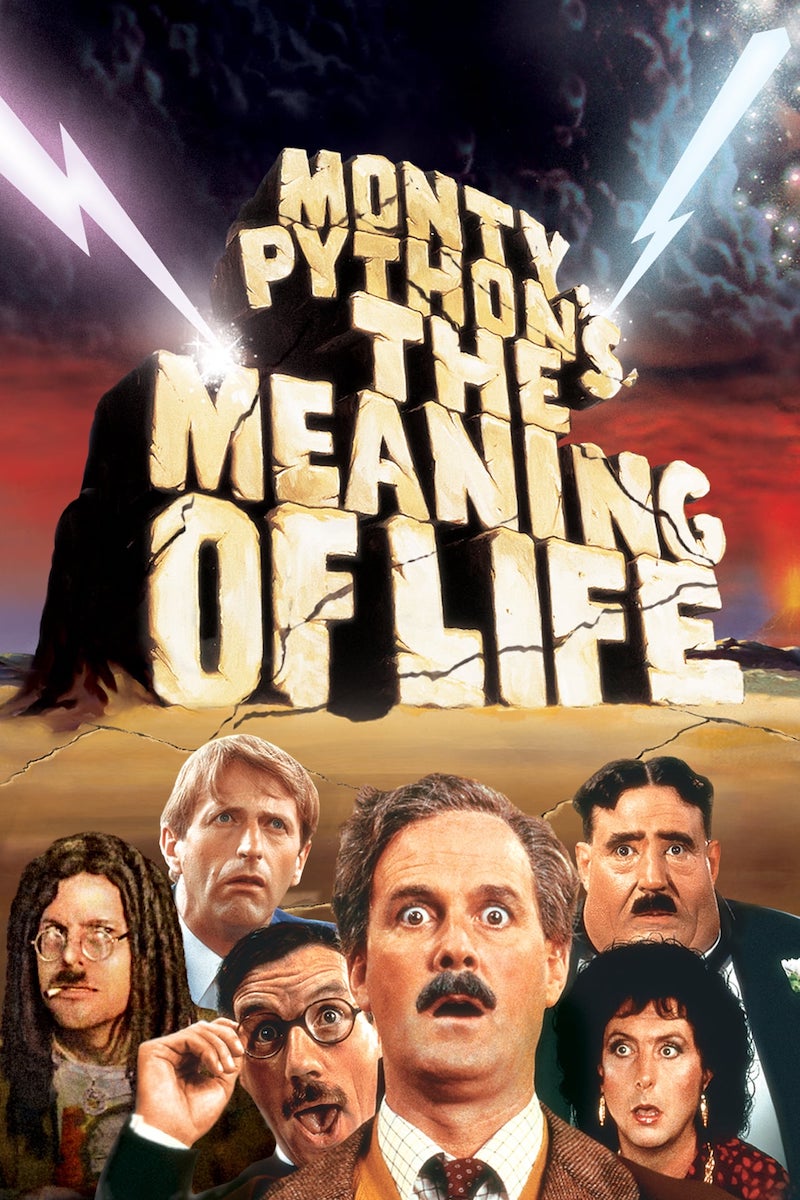