European horror delivers blood and guts in style. That’s the highest recommendation I can give to start exploring horror films originating from outside North America. While there’s a wealth of US slashers that experimented with the form—Scream (1996), Happy Death Day (2017)—there’s usually a rigid focus on structure. Italian giallo and New French Extremity instead favour more classic pulp detective stories with an emphasis on the creativity of their directors. Edge of the Axe is a Spanish-made American-set thriller so imbued with a Californian forested atmosphere it more resembles Twin Peaks than a slasher.

A serial killer wearing a bone-white mask and rain mac is hacking apart women with an axe. A drifter obsessed with technology finds romance with a small-town local girl. These two storylines seem disparate until the two lovebirds start to uncover a pattern through their newly shared computers. People expecting a standard slasher in the vein of Friday the 13th (1980) or The Burning (1981) may be confused, as these plots remain largely disconnected throughout much of the story. American storytellers reign in their narratives to deliver taut and consistent scares, whereas Edge of the Axe is more explorative because events are allowed to play out. When you isolate your horror too precisely it runs the risk of becoming unfamiliar to the audience; maybe you’ve never been a babysitter or a camper but Edge of the Axe features brutal killings with seemingly no rhyme or reason and audiences have no idea when it’ll affect the main characters. 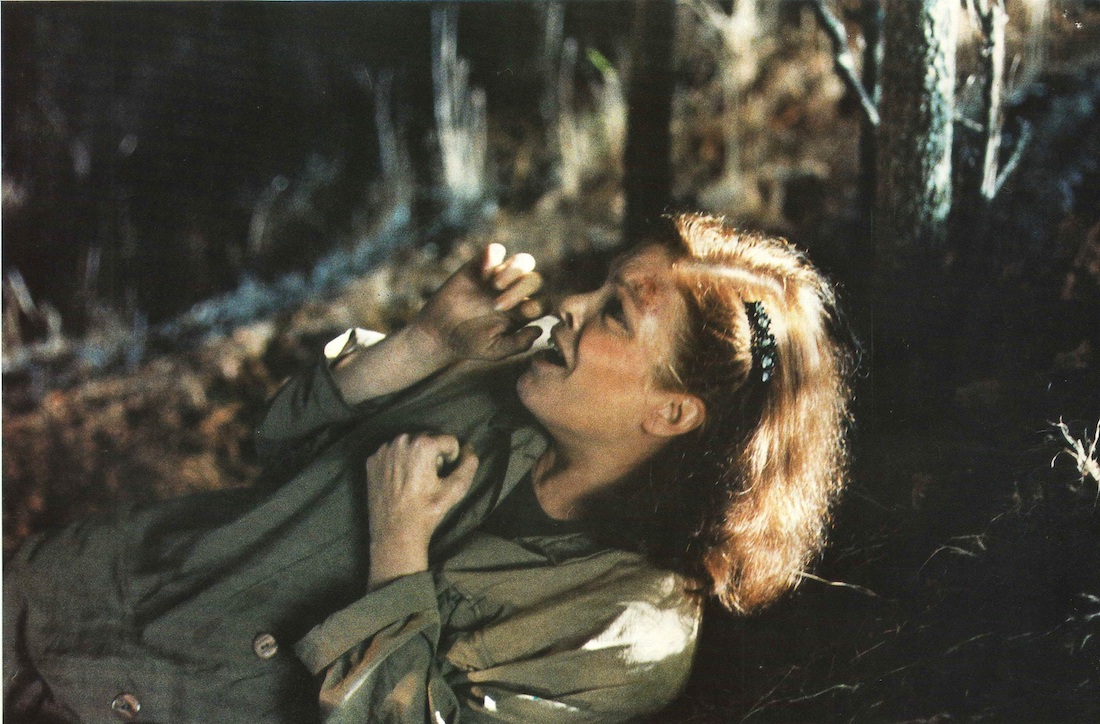 Perhaps most jarringly is the opening kill, which eschews any traditional establishing of the genre. Scream began with a teenage girl alone at night with a taunting threat from outside, whereas Edge of the Axe throws you into a busy street as a woman is ushered into a public car wash. In daylight, she’s surrounded by people until that precise moment but suddenly becomes alone and vulnerable. We’re introduced to the real horror this film presents as the killer strikes fast without any jeering or remorse. Genuine serial killers don’t wait for a perfect spooky night’s backdrop, most are opportunists who take advantage of a random moment… which in this movie creates a pervasive dread concerning the small-town romance story because death could strike any time. 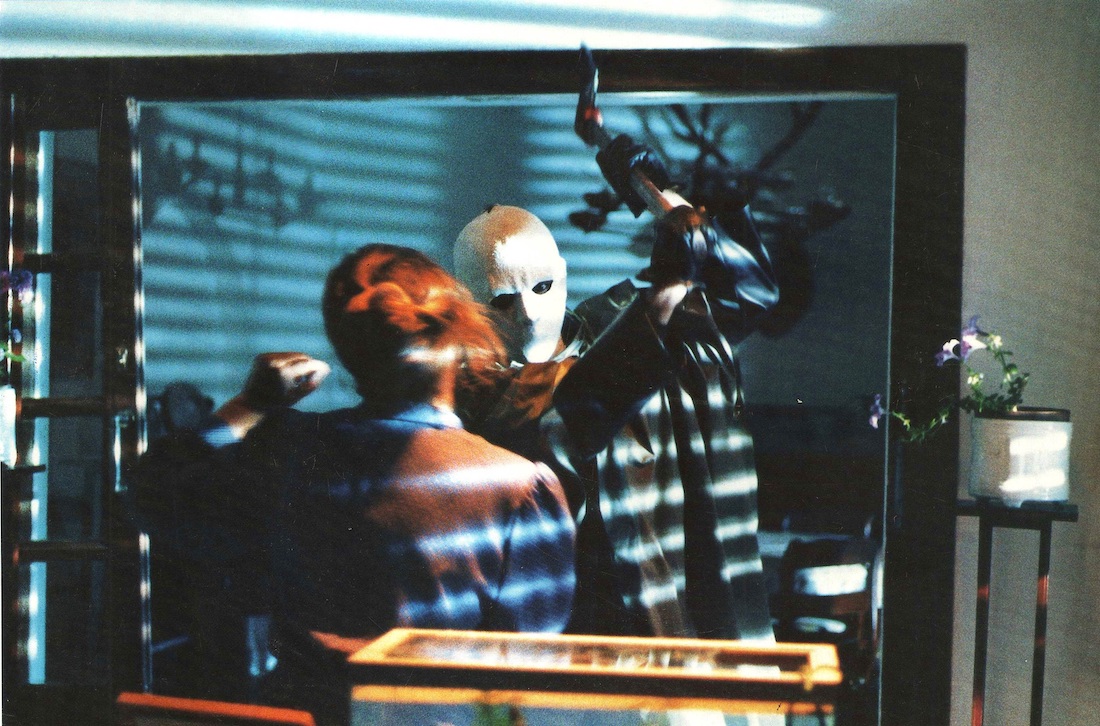 Through various secondary characters are shown living in the same Paddock County, Gerald Martin (Barton Faulks) is our protagonist plying his trade as an exterminator with friend Richard Simmons (Page Moseley), between occupying themselves with women. Further subplots begin to branch off, as both Richard and his older wife are having affairs and Gerald’s new interest Lillian (Christina Marie Lane) holds onto some past family trauma. Meanwhile, there are other events like a woman discovering a severed pig head in her house and the local police chief claiming it’s not worth investigating(?!) These additional scenes build a disjointed narrative that’s adequately tied up at the end but, for first-time viewers, may take some time before you’re sure that Gerald is even the protagonist.

The story gradually comes together and it’s important to remember that Euro-horror builds a different type of mystery. The killer isn’t squarely obsessed with our leads, as most are in Hollywood, and so just about anybody could be responsible. As characters are explored, possible motives become apparent—from Richard using his wife for her money, to the chief who seems far too eager in keeping the increasing death count quiet—and the third act closes in with our star-crossed lovers discovering a pattern on their computer. Edge of the Axe keeps you guessing right up to the credits as to who’d really behind the mask. 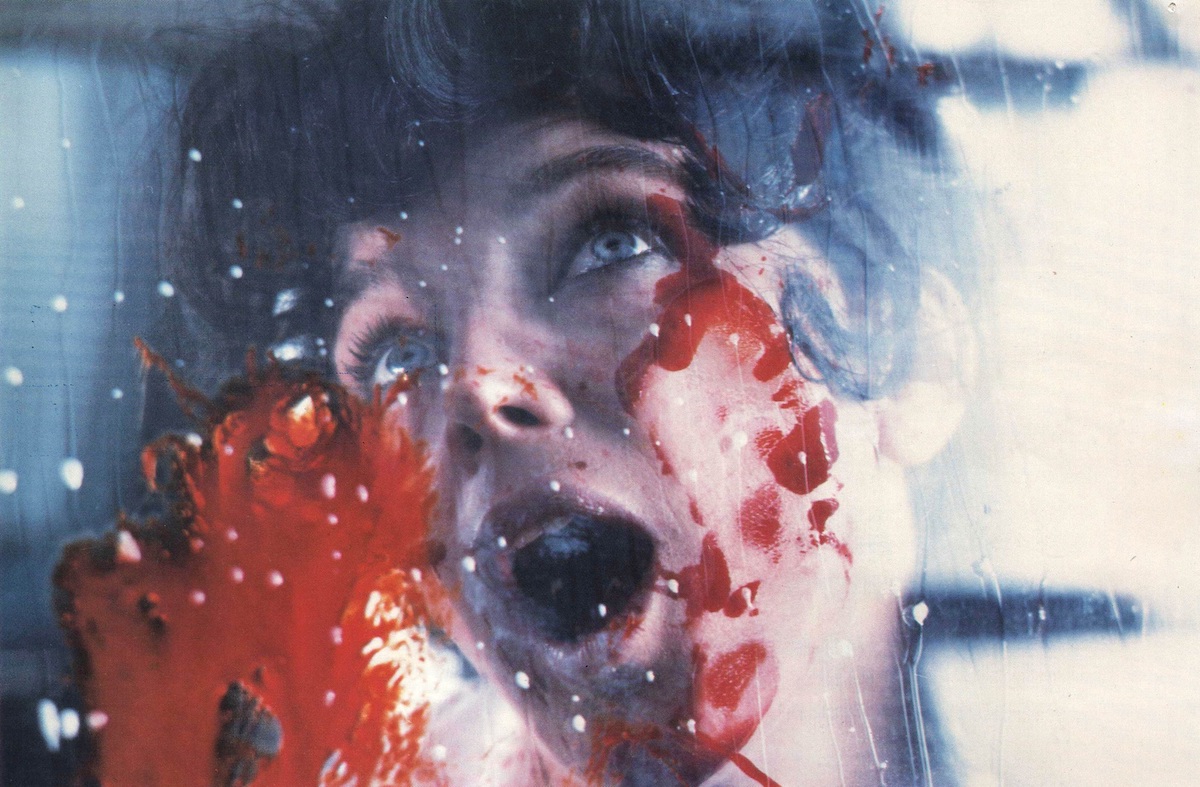 While the story moves at a glacial pace, both Larraz and cinematographer Tote Trenas keep things interesting. For a Spanish production shot largely in Madrid, they do a tremendous job finding locations to match principal photography in Big Bear Lake, California. The lush forests and gorgeous architecture create an immensely inviting tone despite all the horrendous murders. Even more believable than some of the cast, I found myself quickly forgetting this wasn’t an all American film and the new 2K restoration highlights the clear talent behind the cameras.

Because of the slow pace, when the horror does arrive its impact is just a ferocious as the axe itself. Bolstered by VFX from Colin Arthur (The NeverEnding Story), the violence is simple but spectacularly presented because the camera never cuts when axe connects with flesh. Well-executed blood sprays give a particularly nasty snuff-film aesthetic, too. When an axe buries deep into someone’s back, it’s torn out as we linger on the gushing wound just a moment too long. The acts are so barbaric you’re kept wondering if there ever will be a motive behind everything, or if this individual is truly psychotic. And even when the suspect’s confronted the ensuing bloodshed solidifies this as a horrific event to taint the picturesque town forever afterwards. 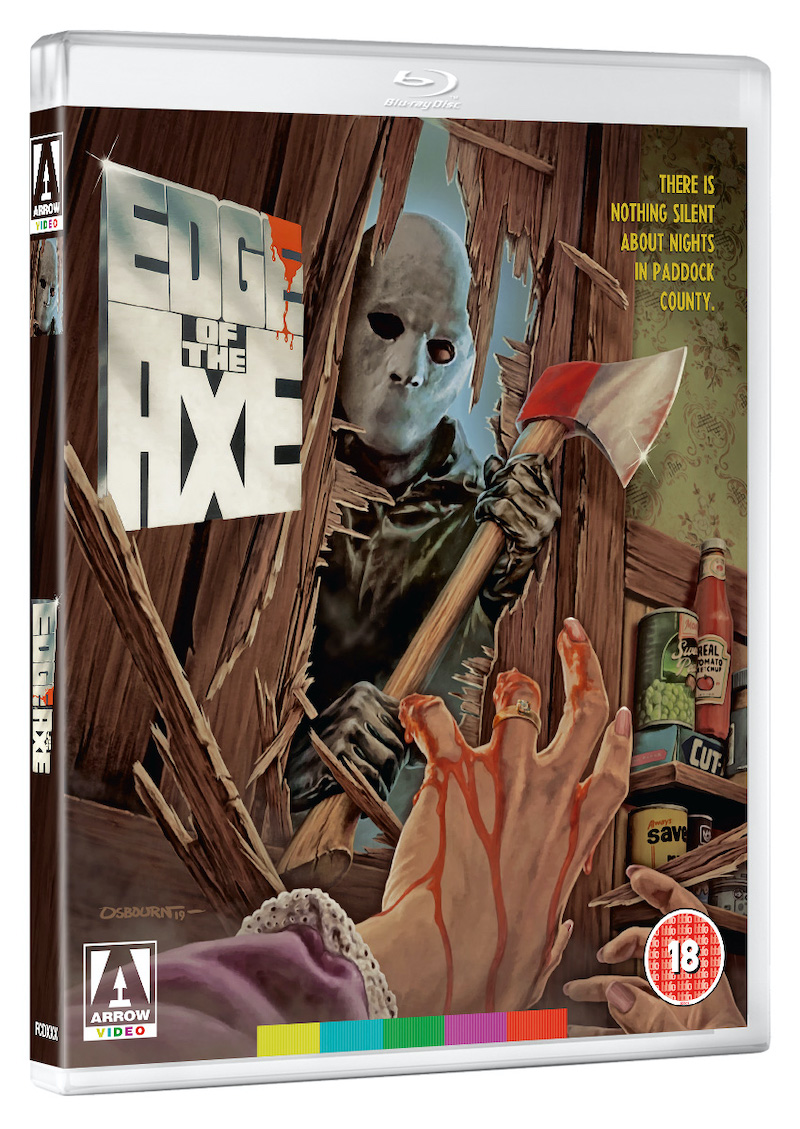 Larraz made an interesting thriller that fits snuggly between two massive surges of slasher hysteria and Arrow Video have lovingly restored it for their new Blu-ray release. Edge of the Axe has only been available on VHS before now, which explains the lack of expansive bonus material—but the care and attention afforded the audi0-visual restoration is astonishing.