This delicious and hilarious horror film plays like a feminist Get Out (2017), with a star-making turn from Australian actress Samara Weaving. Ready or Not concerns a deadly high-stakes game of hide and seek played by an eccentric family of old-money bluebloods. The Le Domas family made their fortune in board games and started an ancient tradition of playing a magically chosen game on wedding nights. It’s a silly yet effective set up for a crazy blood-splattered horror-comedy.

A foster child with no real family of her own, Grace (Samara Weaving) believes she’s found her ‘happily ever after’ after marrying Alex Le Domas (Mark O’Brien), but little does she know how dangerous her new in-laws’ eccentricities are. The prologue sets the tone of this film, which takes place exclusively around the house and grounds of Alex’s family’s estate. 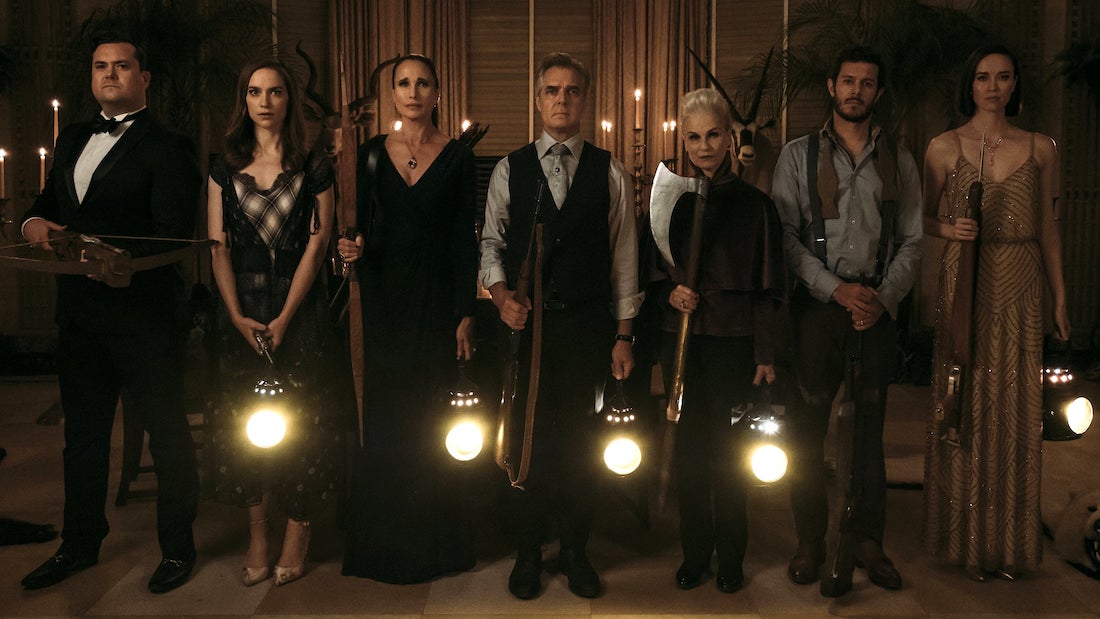 Patriarch Tony’s (Henry Czerny) version of hide and seek involves arming his children and their spouses with crossbows, pistols, and battle-axes. Alex’s mother Becky (Andie MacDowell turning her Southern charm up to 11) and his alcoholic brother Daniel (The OC’s Adam Brody) are less enthuses by this old family ritual, while Aunt Helene (Nicky Guadagni) is practically salivating at the idea of murder and junkie sister Emilie (Melanie Scrofano) is trying her best to get through it. Danie’s ice-cold wife Charity (Elyse Levesque) and Emilie’s husband Fitch (Kristian Bruun) are especially memorable, happy to go along with anything if the cheques keep rolling in.

Grace must survive this crazy game until dawn, with seemingly every servant, woman, and child looking to kill her in an unorthodox and darkly comic way. This film quickly dives into joyously unhinged anarchy, with little to no setup or backstory required. Samara Weaving proves herself to be a star, armed with the charm of Margot Robbie and the wide-eyed coyness of Emma Stone. Grace is positioned as the stereotypical ‘Final Girl’ with her small frame and beauty, but she soon proves herself to be a true feminist icon. Grace isn’t just up against the Le Domas family and their traditions, she’s fighting against the entire institution of marriage and greets it with a curled lip and shotgun. 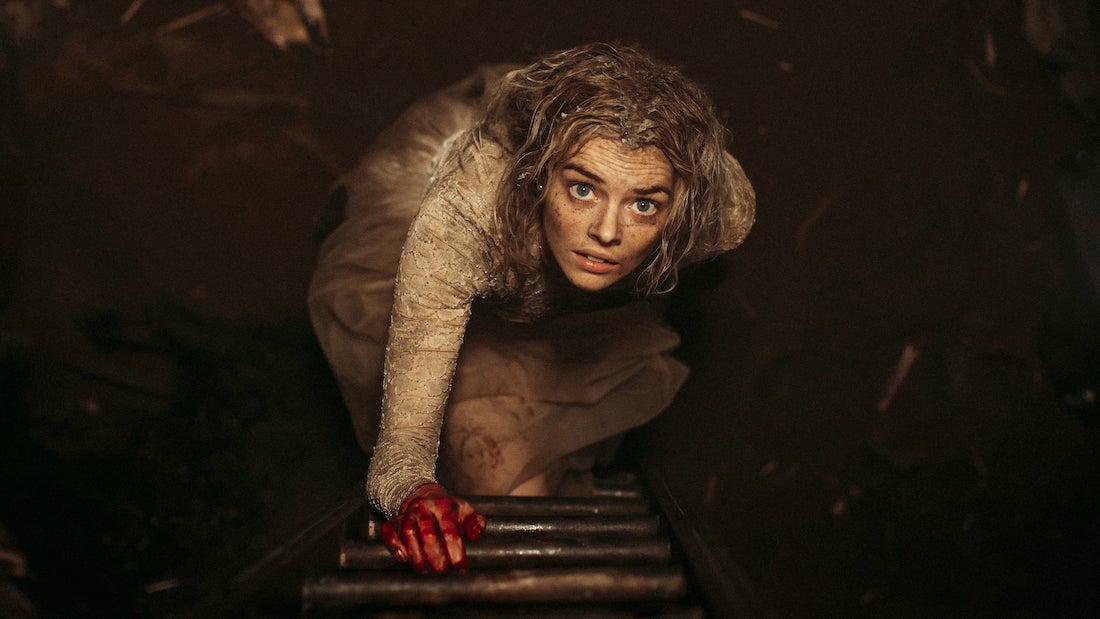 Weaving knows exactly what kind of film she’s in and gives Grace such likability and a shrewd wit. Her character spends a lot of the violent scenes laughing manically, but it’s only to stop herself from breaking down. She’ll never let her in-laws break her, and her shredded wedding dress never lets audiences forget this was supposed to be the happiest day of her life. Covered in blood and sporting a bandolier, Grace already feels as iconic as Uma Thurman’s yellow jumpsuit in the Kill Bill duology (2003-04).

Co-directors Matt Bettinelli and Tyler Gillett offer a slick slice of dark comedy meets horror with a sharp screenplay. You might recognise the director’s from the punky filmmaking collective Radio Silence, who directed Devil’s Due (2014) and Southbound (2014). Ready or Not doesn’t quite have the same YouTube DIY ethos behind it, but it does share the same boisterous enthusiasm for gory horror-comedy. 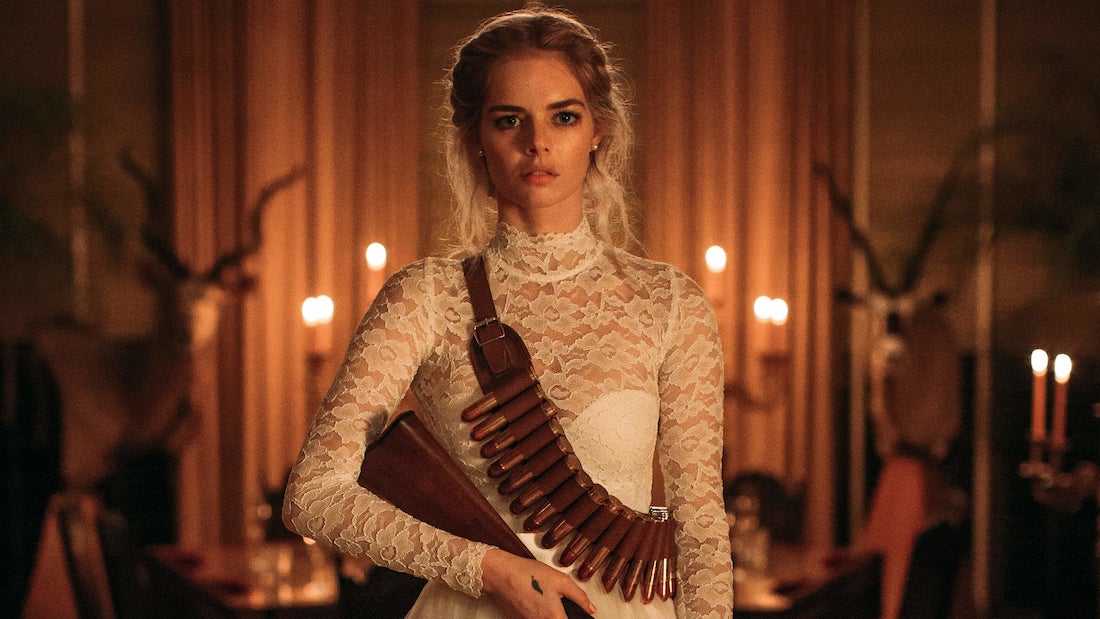 The script, penned by Guy Busick and R. Christopher Murphy, is a tight 95-minute blast through plenty of set-pieces, although a lot of the horror elements aren’t original and sometimes feel signposted a mile away. Although not the most inventive of films, Ready or Not manages to subvert the weaker horror tropes and sprinkles effective red herrings into the story. Brian Tyler’s (Iron Man 3) dynamic score also adds momentum with its scratchy violins and eerie classical music.

Ready or Not takes the Gothic genre and twists its tripes around to create a darkly funny pastiche. The directors have credited Heathers (1988) as an inspiration and it certainly carries the same cynicism. Aside from the blood-splatter and nodding winks to all the small-scale horror films over the years, Ready or Not is also a well-written satire of the rich and their disregard for society’s rules.

This premise is entirely off the wall but it’s also the least bonkers thing about this film. As a purely comic satire, it’s not quite as witty as Heathers, The Cabin in the Woods (2014) or What We Do in The Shadows (2014), but it offers enough gruesome slapstick deaths to please gore-lovers. Plus it’s transgressive enough to appeal to those who want something to bite into alongside their bloodletting. 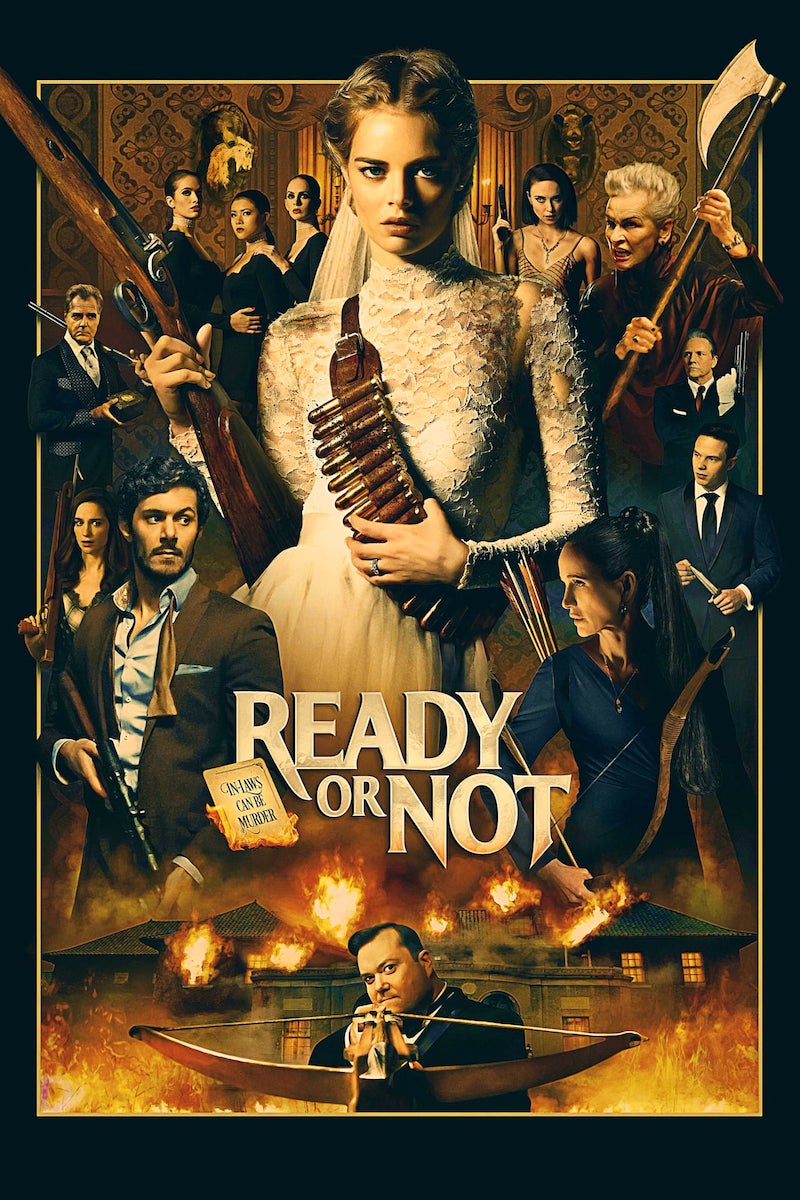