This was another terrific episode, not to mention a wonderful Emmy-worthy showcase for Carrie Coon as Nora ‘Cursed’ Durst. There were a few questions hanging like a cloud over Nora last week (why was her forearm in a plaster cast, and where has her adopted baby Lily gone?), and while you expect “mystery shows” like The Leftovers to leisurely dish out answers, this final season’s on a tight eight-hour schedule, so both questions were dealt with…

It all began with the darkly comical death of ‘Pillar Man’ (Turk Pipkin), the old kook who’s spent three years living atop an enormous tower in the middle of town. He’s become an enigmatic figure of ridicule, or a modern-day saint, however you choose to perceive him, but in the opening of “Don’t Be Ridiculous” he fell off his famous perch after suffering a heart attack. 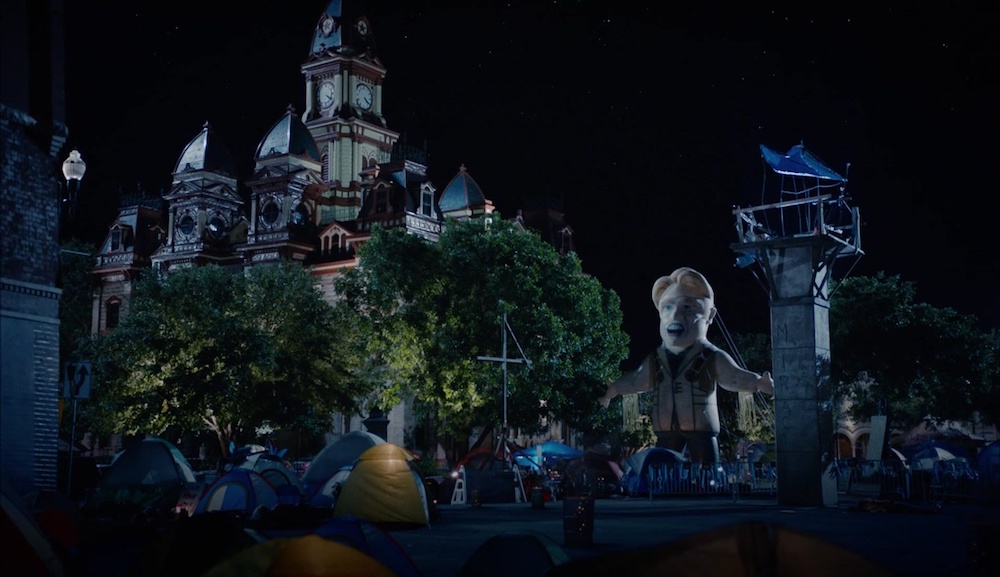 Fascinatingly, Pillar Man’s corpse was quickly disposed of by Reverend Matt (Christopher Eccleston), causing almost everyone, including his widow Sandy (Brett Butler), to believe he finally departed. Nora investigates the situation, interviewing the many townsfolk who claimed to have seen ‘The Man on the Tower’ physically depart, but each eye-witness testimony is riddled with inconsistencies. People believe what they want to believe, and there even those with a vested interesting in furthering a fiction to aide their own comfort. A crazy guy wasting the final years of his life up a pole may be the harsh truth, but isn’t it better to embrace a story that he was a devout believer whose patience was rewarded by a divine miracle?

Nora’s day job is spent debunking Departure-related scams and whatnot, of course, so it was interesting to see her travel across country doing what she does best during this hour. But unlike the open-and-shut case of the delusional Pillar Man’s cardiac arrest, the next person wasn’t so easy to dismiss. Arriving in St. Louis, Nora met with actor Mark Linn-Baker — the joke being this was indeed the real Mark Linn-Baker, playing himself on the show, but this “stunt casting” sailed completely over my head. Baker’s not very well known outside of the US, so a lot of the underlying goofiness to Nora and Mark’s hotel room discussion didn’t work for me. Or most other non-Americans, I’ll wager. 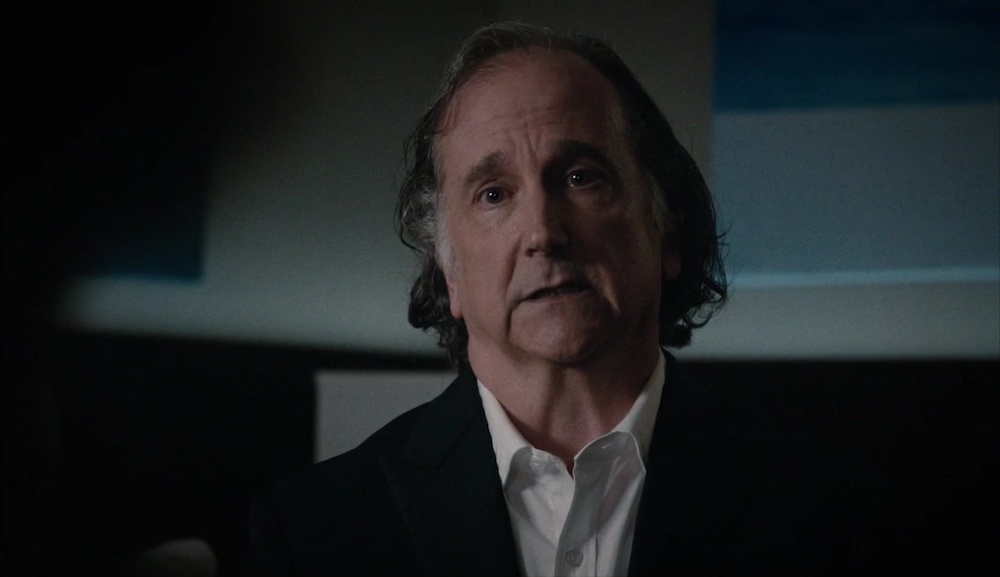 Still, the gist of what Mark claims to have knowledge of was still very interesting. His story that a team of European scientists have created a machine that can douse people in a rare type of radiation (found at many departure sites), which in turn causes them to depart, opens up a compelling new avenue to explore. Nora’s justifiably skeptical, as it seems more likely a gang of despicable conmen are incinerating gullible rich folk, but Mark seems very genuine to talk to, and a flash drive of videos made by people who’ve since undergone a recent departure piques Nora’s interest. They don’t seem like easily dupable boneheads, at face value. Hey, the first one has a British accent! But is the appeal of joining your departed loved ones enough to convince even brainy people into accepting a lie, if their grief runs deep enough? Perhaps…

We also found out during Nora’s road trip what happened with her broken arm, where baby Lily has gone, and what happened to her neighbour Erika Murphy (Regina King). Nora’s injury was self-inflicted with a car door, so she could hide an embarrassing Wu Tang Clan tattoo she got inked to obscure the names of her departed children. The tattoo had become too much of a painful reminder of those she lost, not helped by the fact it was always a popular conversation starter when meeting strangers. (Although you’d think people in the world of The Leftovers would know better than to risk bringing up names on tattoos, right?) 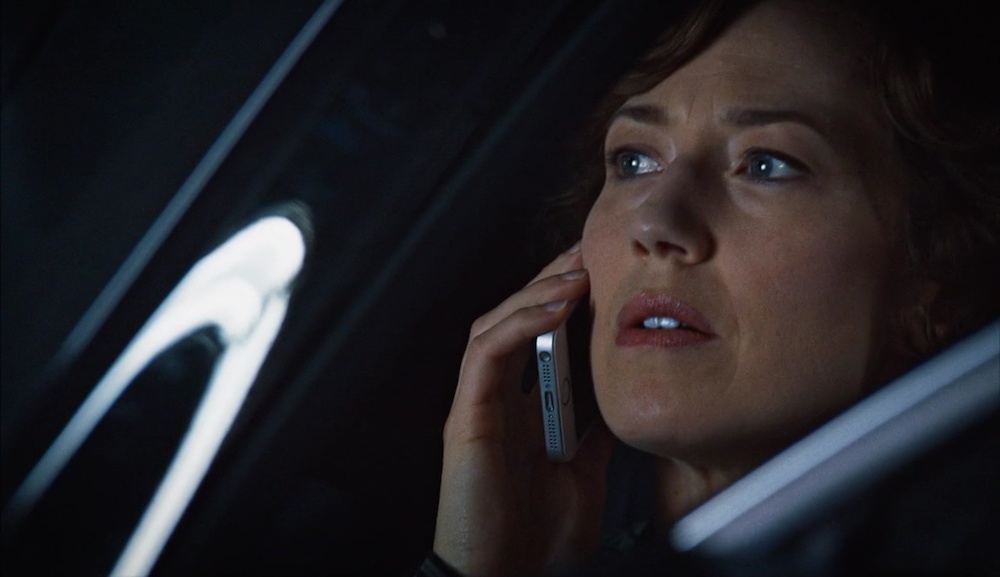 As for baby Lily, it appears Nora simply returned her to her birth mother Christine, and they’re both now living happily together in Kentucky. As for Erika, she’s still in Texas and seems to be doing well by herself. Losing her daughter in some ways brought her closer to Nora, who suffered a similar familial loss, but ended her fraught marriage with John.

Another example of The Leftovers really pushing forward quickly this season happened when Nora eventually returned home, walking in on Kevin (Justin Theroux) during his private bedroom ritual of suffocation. It was incredibly awkward and mortifying to watch unfold, but Nora was able to identify with the idea of going to great lengths to keep a secret (highlighted by her tattoo story), and also seems to identify with Kevin’s desire to want to keep feeling alive by getting as close to death as possible. They’re both messed up people, but at least they have each other. As there are no secrets between them now, a new opportunity opened up after Nora invited Kevin to accompany her to Melbourne, Australia — where the scientists claiming to have developed a way to “depart” people are situated. 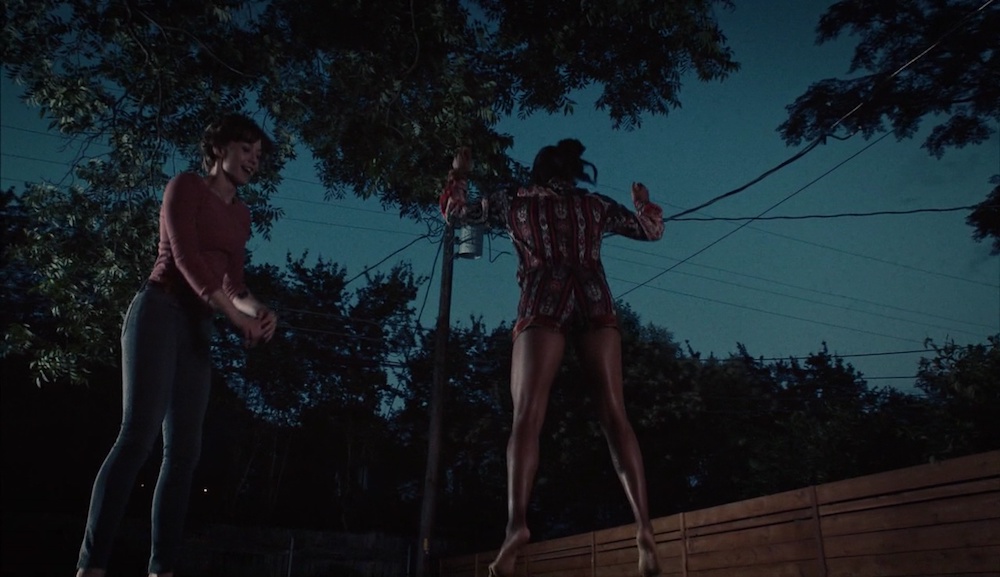 But is Nora heading Down Under to debunk this group our of hand, or does she hope they’re telling the truth? $20,000 and an airline ticket will buy her the answer, it seems…

Much like last week’s premiere, “Don’t Be Ridiculous” ended with a sequence set in Australia that felt separate to the main story. This one appears to be taking place in the present day, unlike the premiere’s flash-forward to an older Nora, as it ended with Kevin’s father (Scott Glenn) making an appearance. But it was just as strange and certainly more troubling. We met a group of older women, led by Grace Playford (Lindsay Duncan), who abducted a police chief called Kevin and promptly drowned him in a waterhole, fully expecting him to come back to life. It’s the insane mediavel test for witchcraft brought frighteningly into the modern time.

It’s clear these Aussie women have been made aware of Kevin Garvey’s ability to cheat death, so assumed this local Kevin was one and the same and decided to put the rumour to the rest. But doesn’t that seem like a highly unusual decision, after Kevin Snr made his appearance to the women? Was it Kevin Snr who told them about this modern-day Lazarus? But if so, wouldn’t he have thought to mention the immortal Kevin in question is his own son? And if he’s keeping that little detail a secret, couldn’t he at least have told them Kevin lives in America, so they don’t go around killing every native cop called Kevin they find? Or has the gospel of Kevin spread Down Under somehow? Has Matt’s writing perhaps leaked? 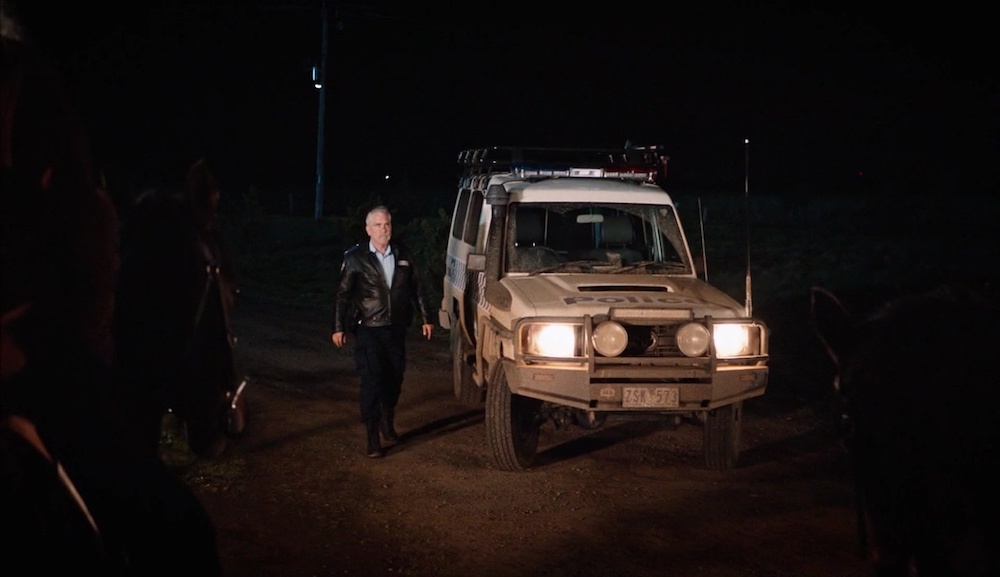 It was a little confusing to me, but that’s fine. I’m confident we’ll get answers before the season’s over. And now we’re in for some interesting collision, as Kevin’s undoubtedly going to reunite with his father, who was last seen on an Australian “walkabout”. So will Grace get to dunk the genuine Kevin underwater? Would he survive that, as Matt believes Kevin’s powers don’t extend beyond the perimeter of Jarden, Texas. And what do these women want with the “real Kevin” anyway? If there perhaps something notable about their ages, seeing as last week we saw a much older version of Nora?

Maybe it’s possible the two Australian scenes we’ve had are taking place on an ‘Earth 2’ the 2% vanished to? So if any of the 98% manage to travel there (as Nora perhaps might now), a side effect is the sudden ageing? It’ll be interesting if we come to realise there’s a parallel story happening, much like Lost’s final season, on an Earth that experienced a 98% loss of population. It may also explain why that “alternate world” already feels quite post-apocalyptic, because civilisation would definitely collapse if that many people suddenly disappeared.

Maybe our regular cast of “leftovers” have been the lucky ones all along? 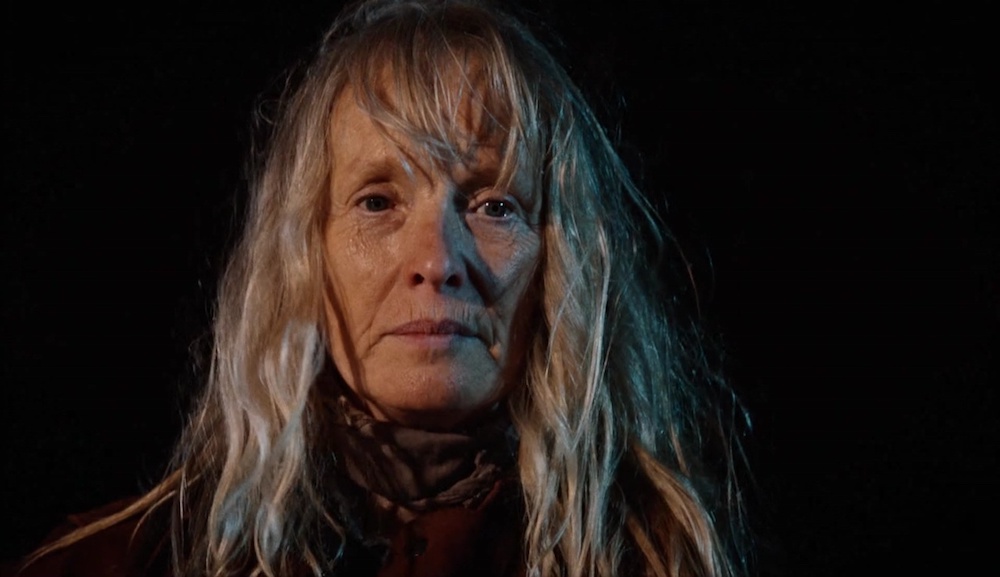