Sharon Horgan and Rob Delaney’s semi-biographical sitcom Catastrophe recently returned to Channel 4 for its third series. Named after a quote from Zorba the Greek (“I’m a man so I married. Wife, children, house, everything. The full catastrophe!”), the show follows husband and wife Rob and Sharon Morris as they contend with the trials and tribulations of parenthood and modern life.

The first episode opens with the couple facing up to the ramifications of terrible decisions they made at the end of series 2. Times are tough for the Morris family, as Rob (Delaney) had to quit his well-paid marketing job in the face of unsubstantiated sexual harassment allegations. After blacking out during a drunken liaison with a much younger man, Sharon’s (Horgan) trying to track him down to establish exactly what happened between them. Rob’s also suffering with his own personal demons after falling off the wagon in such spectacular fashion that it almost resulted in the death of his friend Dave (Daniel Lapaine). 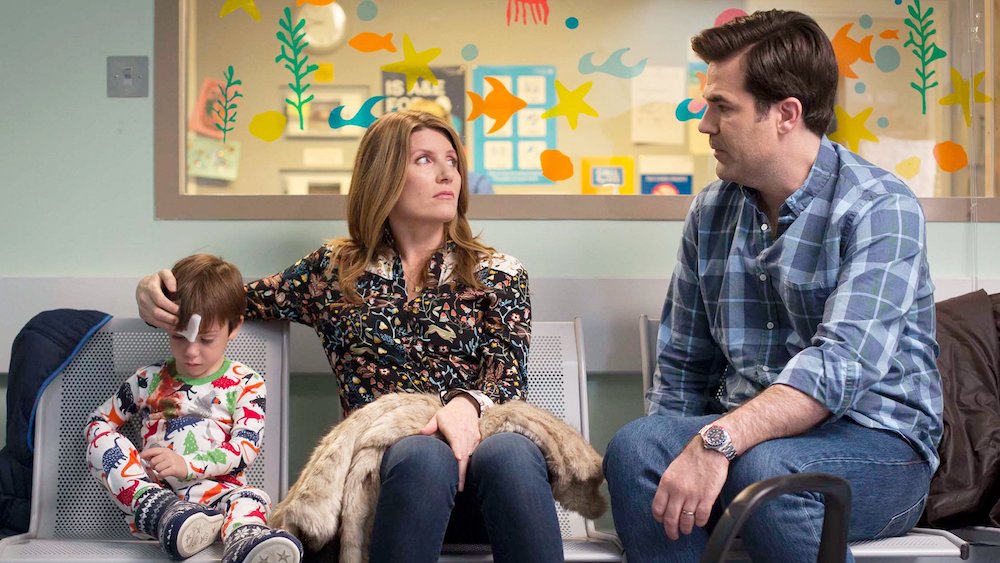 Despite these crises, the couple appear to have patched up their relationship after the realisation that, despite their various misdemeanours, they actually make a good team and are excellent parents to their two children, Frankie and Muireann. If series 1 of Catastrophe was about being forced in to a relationship due to an unplanned pregnancy, and series 2 was about desperately holding on to your youth, series 3’s about finally accepting your situation and making the most of it. This show is about the sacrifices, compromises, and ego-deflating decisions people are willing to make in order to keep their family together.

Of course, sitcoms revolving around family life are nothing new, but since its debut in 2015 Catastrophe’s always felt different. It’s a comedy keen to dispel the myth that becoming a parent or getting married instantly changes people. Rob and Sharon are still the same selfish and flawed individuals as when they got together, but their love for their kids and each other means they’re still able to function as a family. As a result, their characters and situations are far more relatable than pretty much any other family currently being portrayed on British TV. Horgan and Delaney also perfectly capture the minutiae of unnecessary bullshit that comes with being a parent. 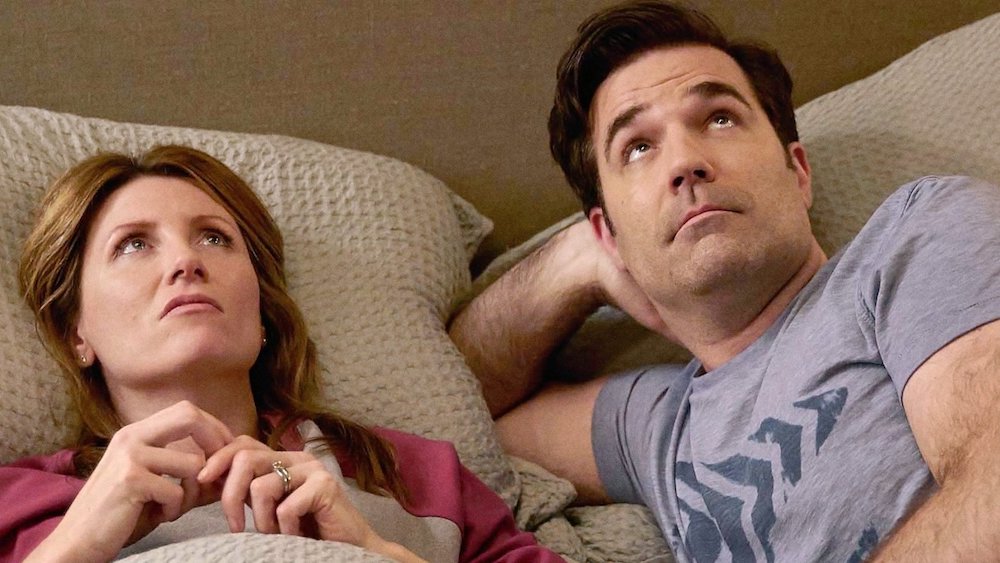 The first two series of Catastrophe were phenomenally successful, on both sides of the Atlantic, picking up BAFTA and Emmy nominations along the way. With a fourth series already commissioned before the third had even been written, Horgan and Delaney have been given a level of backing rarely afforded to sitcom writers in the UK. As a result, they are able to tackle the issues within series 3 at a much slower pace and create a wider story arc. Some critics have argued this has led to the show turning into more of a drama than a sitcom, but fans of the earlier years will be pleased to know that much of the black comedy and gallows humour remains.

Series 3 contains one of the most sensitive and realistic depictions of an individual battling against alcoholism ever depicted on television. Delaney is a recovering alcoholic in real-life, and has drawn on his own experiences to create a compassionate account of a man struggling with his addiction and ashamed to ask for help. His situation, along with an unexpected death in the family, leads to a finale that’s one of the most moving and upsetting in sitcom history. 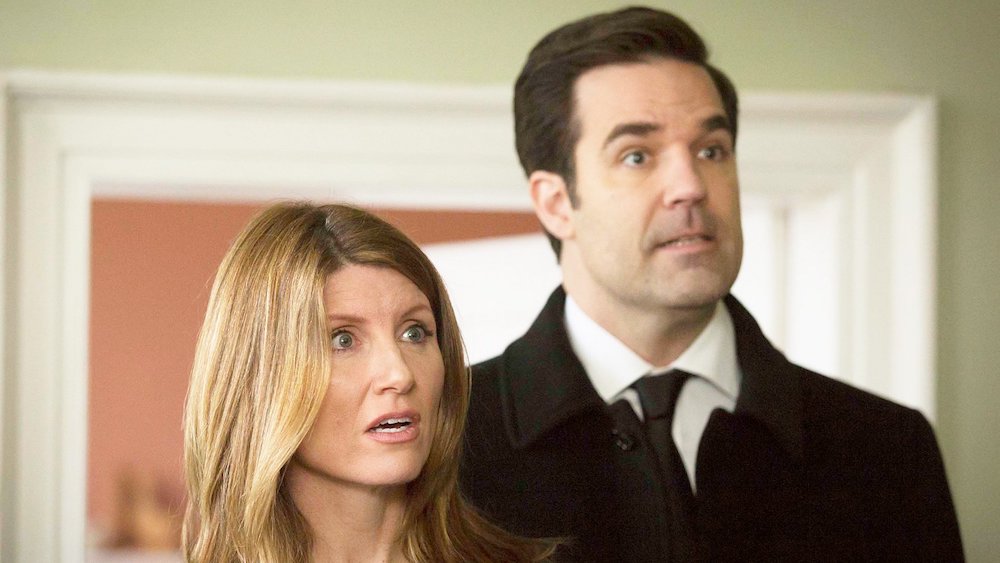 Alcohol addiction, financial difficulties, funerals, and infidelity don’t exactly sound like topics that ripe for comedy. In less capable hands, Catastrophe could’ve lived up to its title, becoming a thoroughly depressing and macabre take on modern life. However, this show has a warmth that makes you care for its characters and enjoy simply being in their presence. It’s also incredibly funny, of course, with Horgan and Delaney wringing humour out of every unfortunate situation and inappropriate conversation.

In this series, supporting characters continue to provide an insight into relationships at various stages of decay. Sharon’s brother Fergal (Jonathan Forbes) is now sleeping on the Morris’s couch, after being kicked out by his wife. Rob’s friend Dave is attempting to resolve his own addiction issues whilst coming to terms with the news that his partner is pregnant. Meanwhile, estranged couple Chris (Mark Bonnar) and Fran (Ashley Jensen) finally get their own independent storyline as the latter has a dalliance with a plastic surgeon. In the final episode, the late Carrie Fisher also reprises her role as Rob’s mother in one of her last ever appearances on screen.

Catastrophe is an absolute game-changer for British comedy and I wouldn’t be surprised if it goes on to become the most influential sitcom since The Office. Commissioners seem to be getting more confident that audiences want intelligent and understated comedies, with Fleabag and The Detectorists also recently proving popular despite much fanfare. Catastrophe is at the forefront of this sitcom revolution, and I can’t wait to see what Horgan and Delaney serve up in the fourth series and beyond.