So what kind of a show is this anyway? Good question. Initial reactions to Sky1’s You, Me and the Apocalypse (which we all know should have kept its original, absolutely brilliant title, Apocalypse Slough) was mixed, with some online commentators questioning whether this was even a comedy. For what it’s worth, I really enjoyed the first episode. I don’t think writer Iain Hollands intends this to be seen as an out-and-out comedy. Instead it’s that dreaded hybrid: a “dramedy”. Which, translated, means that it’s offbeat rather than laugh-out loud hysterical.

It’s the sort of show, in other words, in which surreal imagery (the idea of a comet that’s going to wipe out the earth in 34 days) brushes up against mundane conversations about daily life in Slough.  Witness the scenes between Mat Baynton’s bemused bank manager Jamie and his best mate Dave (Joel Fry) talk about the best way to eat toast. In that sense it has the same sort of whimsical, slightly unsettling feel as Baynton’s hit The Wrong Mans or even Channel 4’s recent Not Safe For Work. That said, some strands definitely worked better than others, and while I enjoyed the opener I understand those who feel that not everything worked. 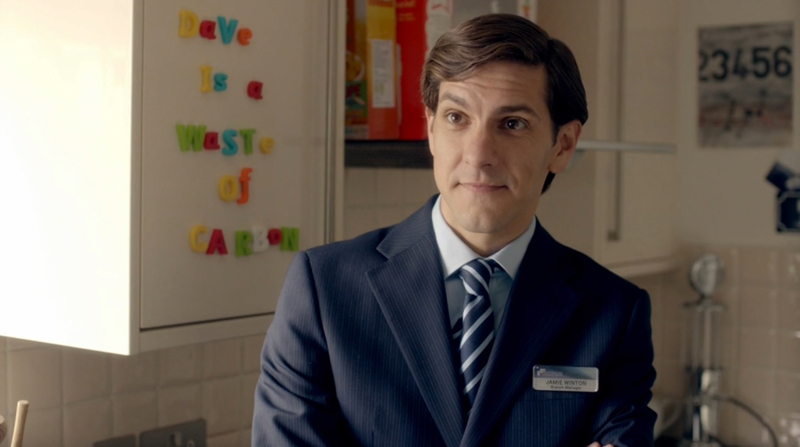 If You, Me and the Apocalypse can be said to have anything resembling a hero it’s Baynton’s Jamie: an everyman who spent much of this episode just getting on with his job at the bank, trying to avoid celebrating his birthday, while continuing to mourn for his wife, who’s been missing these past seven years. Baynton can play these sorts of parts in his sleep, but he’s a likeable presence and there was a intriguing melancholy at Jamie’s heart that I’d like to see expanded on. The episode’s closing revelation that he has an evil computer hacker twin, coupled with the impending end of the world, is clearly the jolt he needed; and while that might be an extreme way of jump-starting your life it’s also one with potential. In addition to his down-to-earth and loving mum Pauline (Pauline Quirke, whom I’d like to see more of), Jamie mainly interacts with best friend Dave (Joel Fry, essentially playing a variation on his Plebs character). Dave is best described as a happy idiot and clearly there for the comic relief. I’m not entirely convinced by the role, as written in the opening episode, but Fry is an energetic performer so I’m keen to be proved wrong. 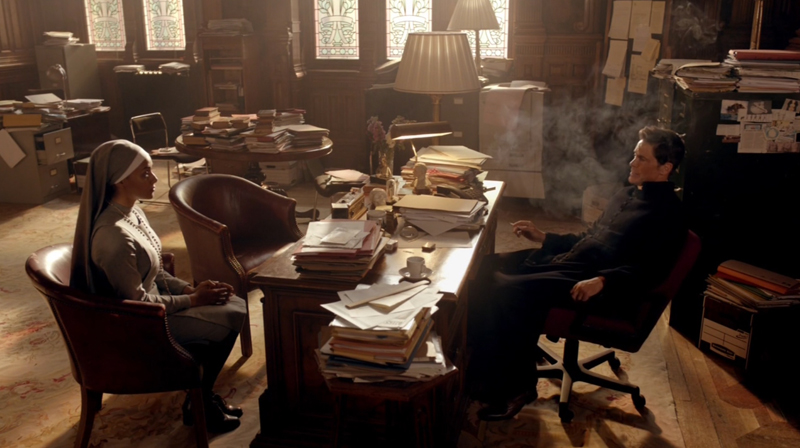 The opening episode’s best scenes were those between literal Devil’s Advocate Father Jude (your average chain-smoking, foul-mouthed Vatican bad boy) and doubting Nun Sister Celine (a woman who appears to have ended up in a nunnery more by accident than design), and not just because Rob Lowe is clearly having a charisma-turned-up-to-eleven ball with his part. Call me a terrible lapsed Catholic, but I’m a real sucker for Vatican scenes, and the dynamic between Jude and Celine, while obvious (cynical mentor v naïve student) was well-played and good fun. All the more so because of the relish with which Lowe delivered lines such as “do you find the phrase ‘Christ on a bike’ offensive? Because I just used it at a meeting and you’d think I just performed an abortion on the table or something…” I’m also tickled both by the idea that their job is to monitor all the crazy people who’ll come climbing out of the woodwork now that the end of the world is nigh, and by our glimpse of a dirt-stained and clearly traumatised Sister Celine at the episode’s beginning. How does she end up in a bunker in Slough and what happens in between? I’m genuinely interested in finding out. 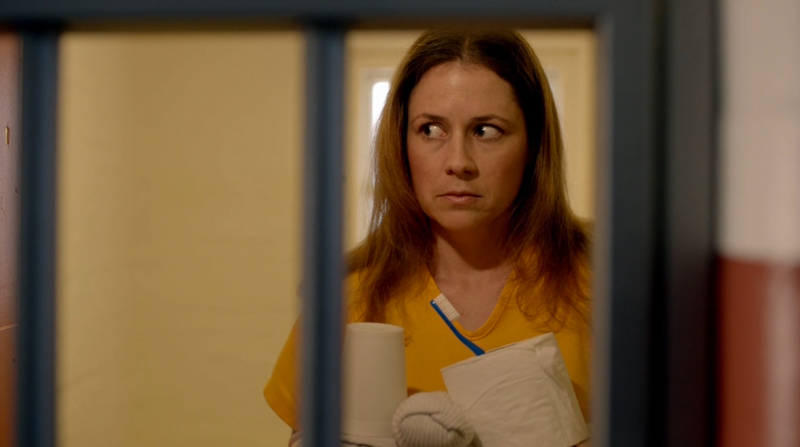 The U.S-set strand was probably my least favourite of the three; seeming slightly forced and much broader than the rest of the show. While The Office‘s Jenna Fischer was game as unfairly imprisoned librarian Rhonda (she’s taking the rap for her teenager hacker son), and an almost unrecognisable Megan Mullally chewed scenery with relish as the white trash neo-Nazi Leanne (a woman who tattooed her face with a swastika so other convicts wouldn’t mess with her), these scenes didn’t quite come off. Part of the problem was that they were far too reliant on every possible prison cliché you can imagine, and then some.  Yes, in a show such as this that’s part of the point, but watching Rhonda face off against her tormentors I was more inclined to sigh than celebrate; not least because it was obvious that she was severely mistaken in her assumption that she’d win her plea. That said there’s potential in Fischer and Mullally’s ‘odd couple’ act, and the end of the episode prison break which saw them busted out of jail and heading for the open road gave hope things might improve. 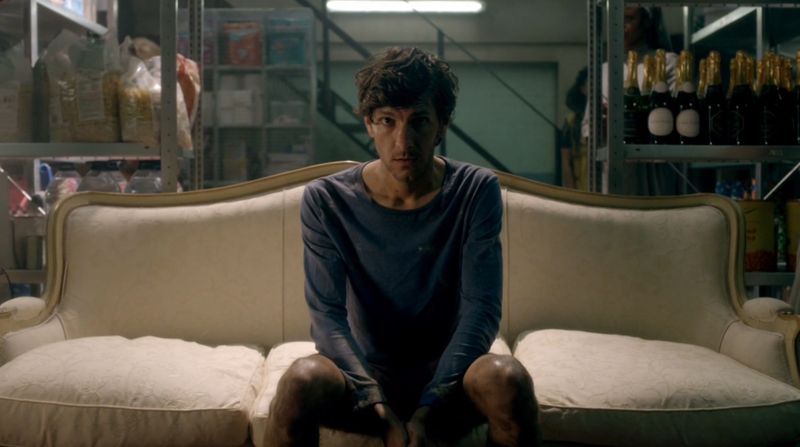 So what did you think? Was You, Me and the Apocalypse a hit or a miss? Will you be checking out more? And which plot strand do you think worked best? As ever, let me know in the comments below…