I’m not sure Rian Johnson’s new film turned out to be the great whodunnit it was hyped as. You should be able to solve the crime long before detective Benoit Blanc (Daniel Craig) manages to. But even if Knives Out isn’t an airtight murder-mystery, it sure is a lot of fun.

The story, also written by Johnson, could easily be found within the covers of an Agatha Christie novel. The large and highly dysfunctional family of Harlan Thrombey (Christopher Plummer) gather at his home to celebrate their patriarch’s 85th birthday. Harlan’s one of the most prolific mystery writers of America and his books are international bestsellers, but his success has bred a trio of spoiled adult children and their own offspring, each one more entitled than the next. To provide for his family, Harlan’s inadvertently turned his relatives into selfish, spoiled, conniving brats. 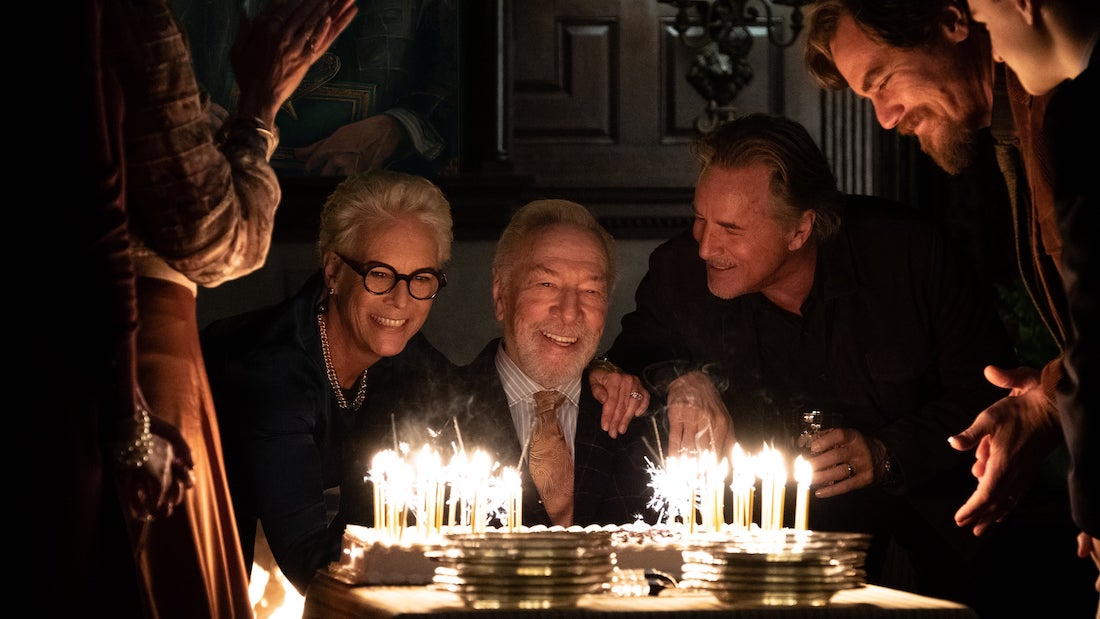 The full extent of the Thrombey family’s dysfunction and greed is shown when Harlan’s found dead of an apparent suicide the morning after his party. In the days that follow, their grief’s quickly outpaced by their greed and dislike of one another. When a renowned sleuth by the name of Benoit Blanc shows up and insists the police take another look at Harlan’s death, the grieving family’s quick to turn on each other and deflect suspicion from themselves onto one other. To add a further layer of intrigue, Blanc doesn’t know who hired him…

This dynamic plays out in the first act in hilarious spliced-scenes of questioning between Benoit and each Thrombey. Their all characters (in every sense) and played with utter delight by a star-studded cast: from the cold-hearted cutthroat eldest sibling Linda Drysdale (Jamie Lee Curtis) to the bumbling and underachieving younger brother Walt Thrombey (Michael Shannon). Each actor sparkles. There isn’t a weak link amongst them, and audiences will find their own favourite. 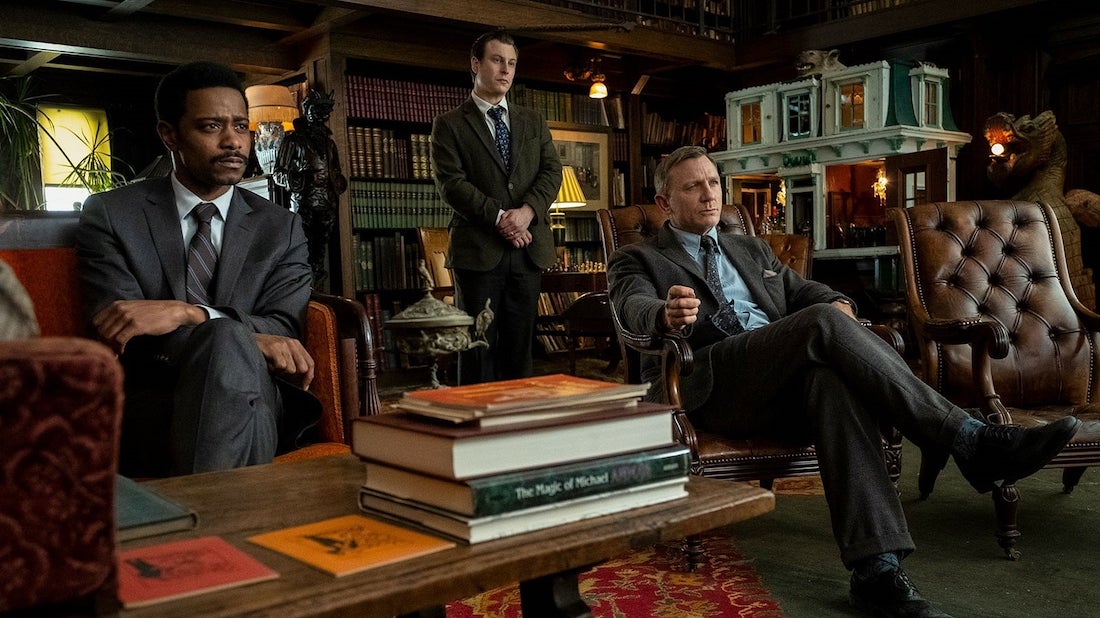 However, when it comes to deception there is a weak link: Harlan’s personal nurse, Marta Cabrera (Ana de Armas). The mousy nurse is the meekest and has a “physical limitation” that inhibits her from telling a lie. Once Blanc learns of her condition and grows confident in her purely good nature, he enlists her assistance as his own personal “Watson.” Of course, just because Marta’s a good person and struggles to tell a lie doesn’t mean she isn’t hiding something …

Johnson continues to take chances with his work, which is something that endears him to fans and critics. He was on the receiving end of a lot of bile from fanboys over the creative direction of Star Wars: The Last Jedi (2017), but while Knives Out isn’t going to redeem him to that particular group, it offers more proof his penchant for original scripts and unusual storytelling often pays dividends.

His secret ingredient with Knives Out is the casting. And not just the quality levels or name recognition of the ensemble he’s gathered together. It’s Johnson’s willingness to cast against type with two of the movie’s key roles: Daniel Craig (Spectre) as Blanc and Chris Evans (Avengers: Endgame) as Harlan’s grandson Ransom Drysdale. 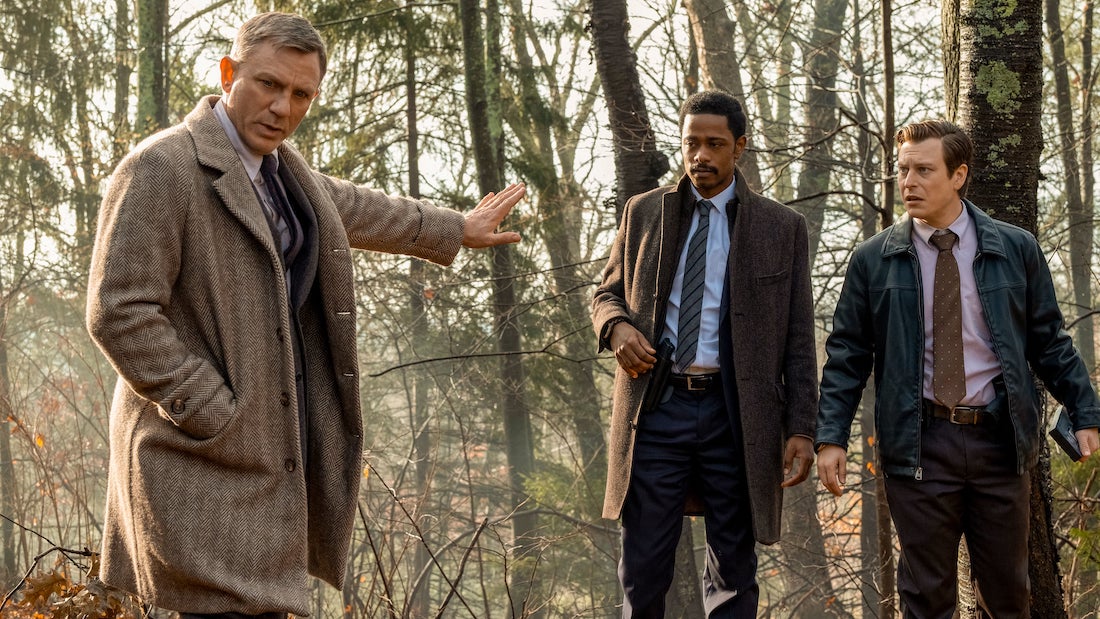 Craig’s best-known for his recent portrayal of British superspy James Bond, but relinquishes his normally tidy composure and stiff upper lip for a bit of casual clumsiness and southern charm. Blanc comes off like a character out of a Tom Wolfe novel with the disposition of Charlie Chan. He’s nothing like any character Craig’s played before and I can’t imagine most directors would read the script and even consider him. Granted, Craig was outstanding in Steven Soderbergh’s Logan Lucky (2017) as a hillbilly convict at the centre of a heist, but counting on him to deliver here was a big gamble for Johnson.

And it’s a gamble that pays off immensely. Craig is brilliant as Blanc. He delivers a million subtleties and nuisances that make his character’s every utterance intriguing and memorable. There’s a bit about a donut and donut hole towards the end that you might need a PhD in Philosophy to fully comprehend. 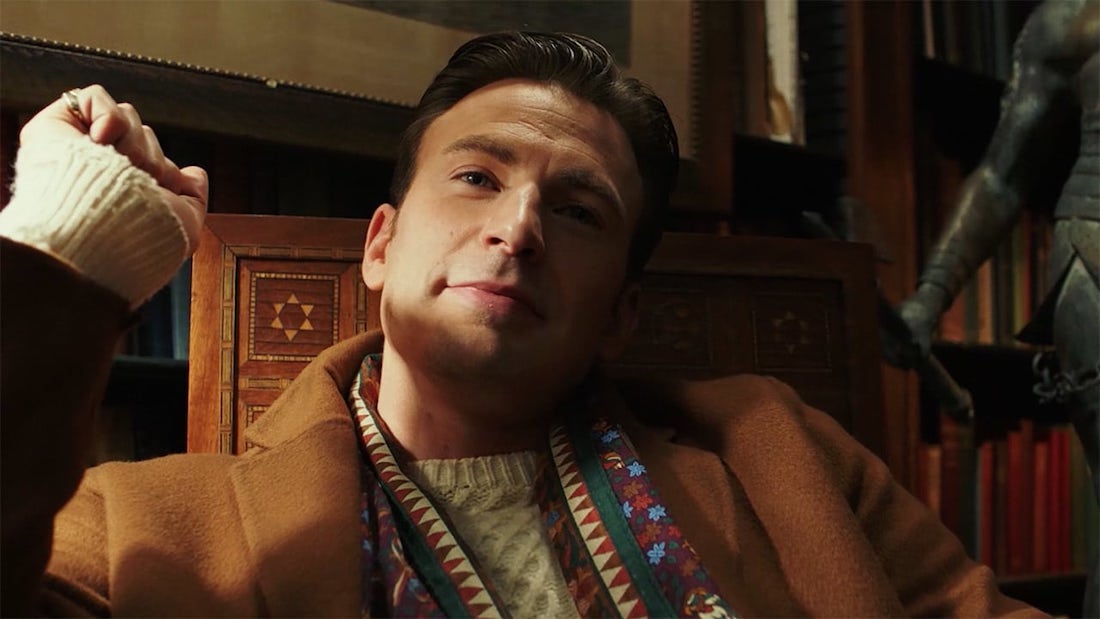 Evans, who might be forever linked to the role of straightlaced hero Captain America, plays this film’s biggest asshole. It’s such a role-reversal. His good looks and natural charm make him hard to hate initially, but Ransom slithers as the film goes on and Evans seems to be having the time of his life with the part. The timing of this role is perfect for him, too, making audiences remember there’s more to him than being a movie superhero. Ransom’s actually the kind of villain that would really hurt ‘ole Cap because he lacks even a shred of basic decency. He’s a classic bad boy and seeing Evans’ signature smile and charm while delivering zingers, is among the film’s best moments.

Knives Out is a film that works because of its story and performances. It’s a simple soup with only two main ingredients, but both the acting and the script are stellar. Johnson may have telegraphed the film’s big twist a little too much (as it doesn’t really keep you guessing to the end), but it’s hard to imagine having a better time in the cinema this autumn. 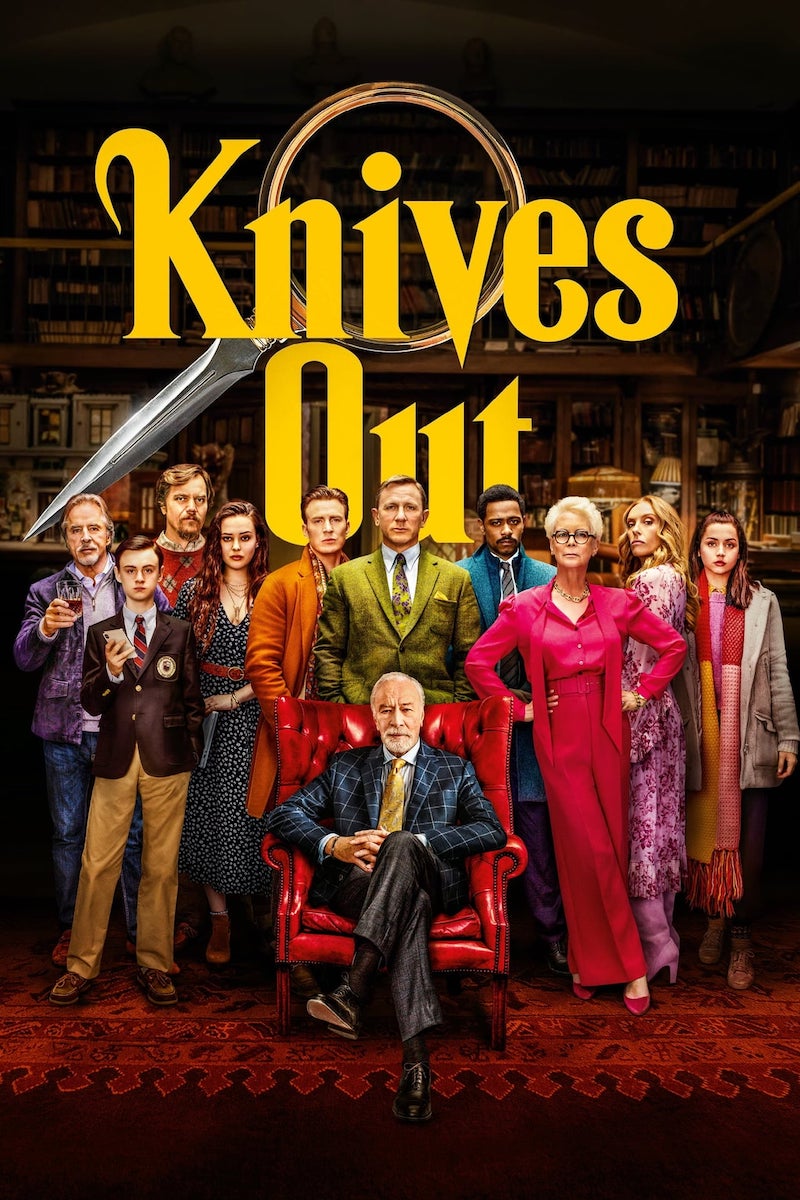