The opening of Gareth Edwards’s Godzilla (2014), where Bryan Cranston’s scientist lost his wife in a nuclear power plant meltdown, stoked more emotion than the entirety of Michael Dougherty’s louder and stupider sequel. Edwards crafted a patient and loving tribute to the original Toho monster movies, that righted the wrongs of Roland Emmerich’s 1998 debacle and more effectively “westernised” the concept. And thanks to the healthy box office ($529M) and positive reviews, the US remake paved the way for sequels of equal intelligence and wonder… but Warner Bros. and Legendary Pictures instead hatched plans for a “MonsterVerse”.

The subsequent release of the action-heavy Kong: Skull Island (2017) was a worrying sign of things to come for this “cinematic universe”, and Godzilla: King of the Monsters confirms our worst fears… executives took way too much notice of criticism there weren’t enough monster fights last time. 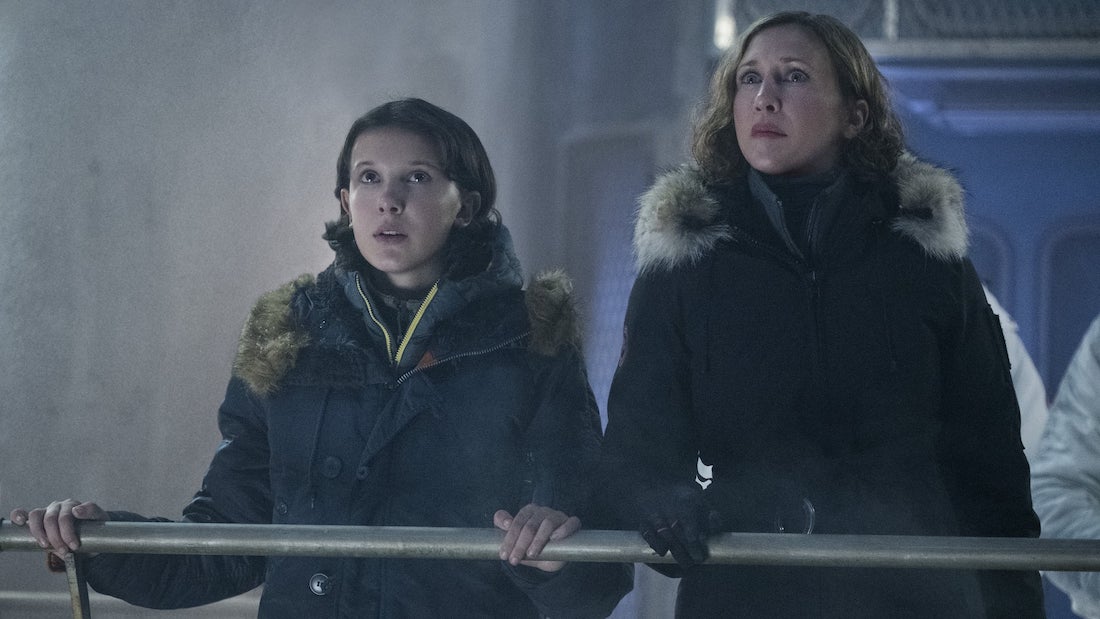 In this sequel, paleobiologist Emma Russell (Vera Farmiga) has invented a device called “Orca” that emits bioacoustics Godzilla and his fellow “Titans” can understand. This offers mankind a way of controlling the 17 dormant kaiju discovered around the world by the crypto-zoologist organisation she works for, the Monarch Institute, by faking alpha male calls. But Emma’s twisted morality is revealed after she’s kidnapped by stern eco-terrorist Alan Jonah (Charles Dance reprising Tywin Lannister), along with her astute daughter Madison (Stranger Things’ Millie Bobby Brown), and she helps release the three-headed King Ghidorah from its frozen Antarctic tomb.

Emma’s masterplan is to awaken each Titan and let them half-destroy civilisation because they’re nature’s way of restoring balance against mankind’s environmental damage, blah-blah-blah. Of course, more benevolent scientists like Emma’s ex-husband, animal behaviourist Dr Mark Russell (Kyle Chandler), and Titan expert Dr Ishirō “Let Them Fight” Serizawa (Ken Watanabe), have a different opinion on what the return of these ancient monsters means for humanity. 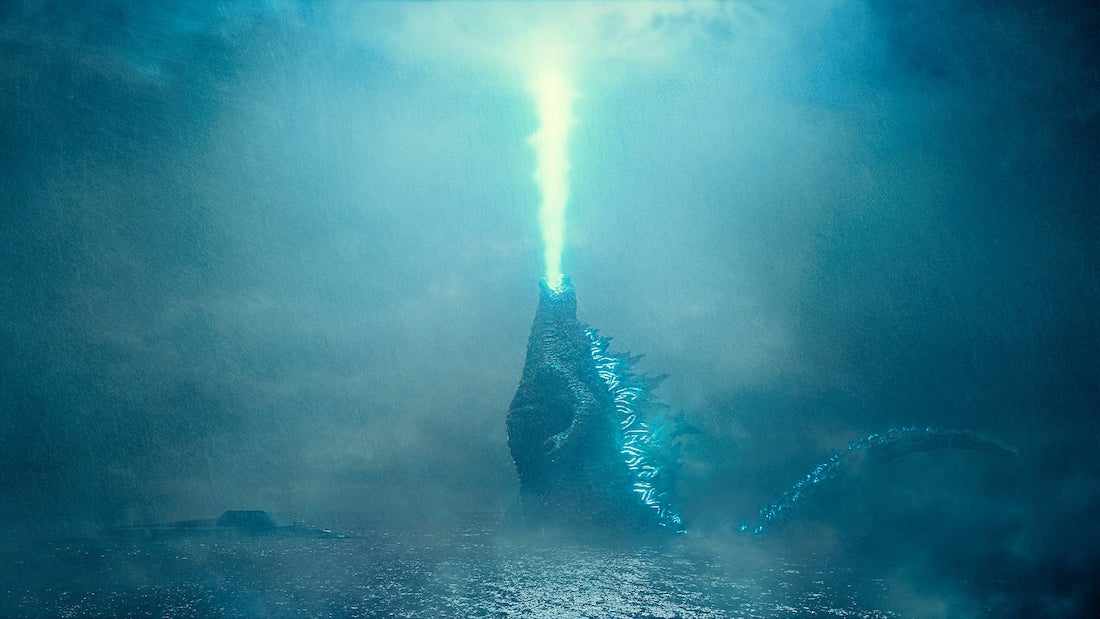 The problem every monster movie has is finding ways to give the human characters compelling things to do, that doesn’t test your patience. And when the beasts are the height of skyscrapers (so can’t easily share the frame with their human co-stars) this poses even more of a headache for filmmakers. In Godzilla ’14, the answer was to land the idea these creatures aren’t being malicious when they cause tidal waves and trample on bystanders, they’re only trying to live and procreate amongst the “ants” we appear like to them. The human drama was thus about trying to safely avoid the epic carnage, lure them around with radioactive materials, and find a way to eliminate the most destructive ones using a portable nuke.

In this sequel, things are less streamlined. The story needs lots of monsters to be unleashed all at once, so seemingly intelligent scientists do awful things for terrible reasons in order for that global catastrophe to happen. And instead of a destructive nuke, we now have a tool of communication as the MacGuffin. Oh, and an oxygen-destroying missile in a nod to the original Godzilla (1954). 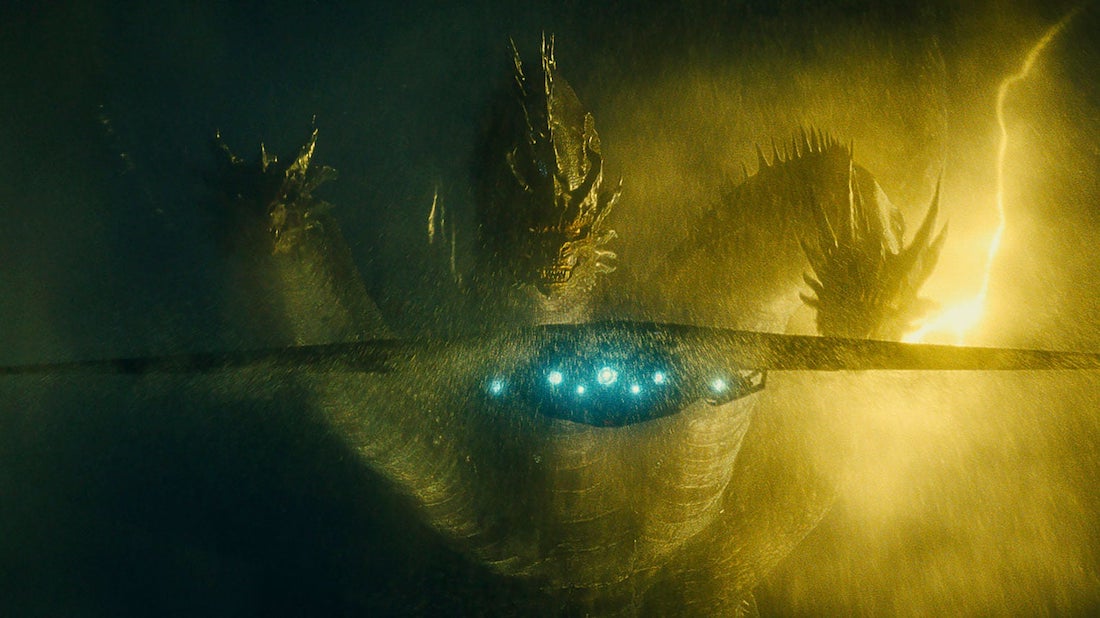 King of the Monsters also puts more emphasis on another family trio, but this one’s dysfunctional and act in opposition at times. One acceptable complaint of Godzilla ’14 was the vapidness of the lead character (played by Aaron Taylor-Johnson), so there’s an effort here to make sure the family dynamic is more interesting and each character has a firm role in events. It just doesn’t work that well, as it’s unclear what’s motivating everyone to behave as stupidly as they do. I get why Mark hates Godzilla (his son died in the San Francisco attack of the last movie), but his wife Emma’s desire to see millions of people die is a stretch (her son died too and this madness is how she gets over it?), and why is their daughter Madison even there? The explanations and motivations aren’t convincing and the film does a poor job making you care.

King of the Monsters is the creative antithesis of Godzilla ’14. The story is weaker and the characters a problem for different reasons, but the monsters appear more regularly and sooner. But while people may have groused about the lack of monster mayhem in the previous movie, at least when those sequences arrived you were excited and invested in what was happening and the spectacle didn’t disappoint. Here, there’s quadruple the amount of action and set-pieces, but they become routine very quickly and most are obscured by darkness and bad weather. Edwards has his faults as a filmmaker but he knows exactly how to shoot enormous monsters for maximum effect, putting audiences in the shoes of those in the film. In the sequel, Michael Dougherty (Krampus) stages fights that take place around desolate locations where there isn’t much sense of danger to humans, with too many fuzzy close-ups that don’t make it clear what’s going on. 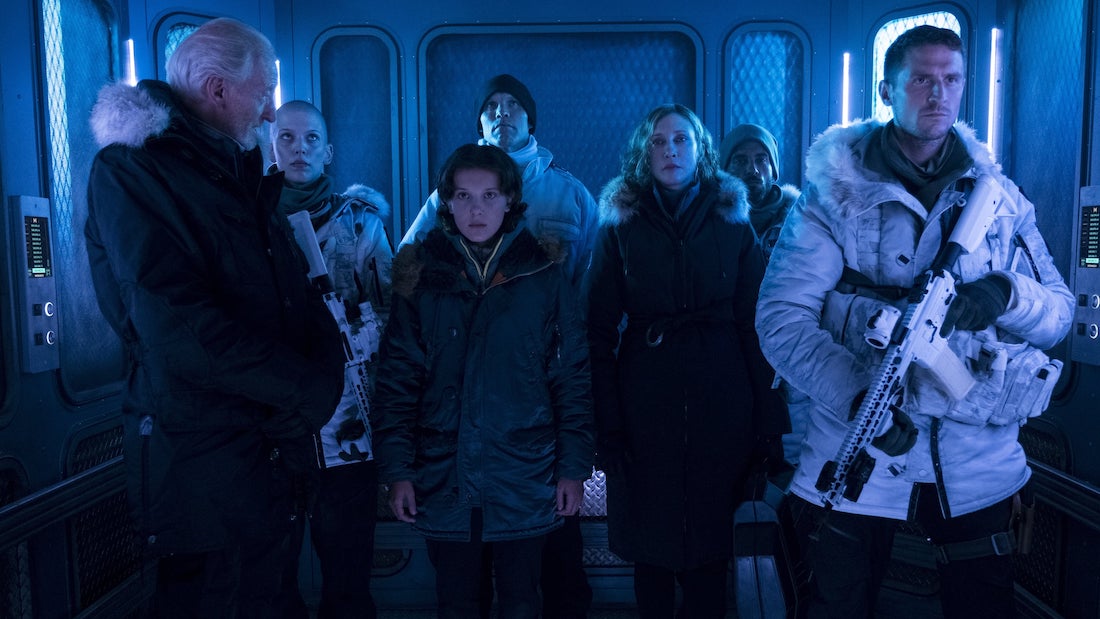 The trailers cherrypicked the best moments, bathed in bioluminescent colours and spine-tingling music, which worked beautifully to generate fresh interest… but, seeing the movie itself, you’re never gripped by what’s happening. There are moments when you’re supposed to be psyched Godzilla’s about to kick kaiju ass, but it’s ultimately as exciting as Pacific Rim: Uprising (2018)—another monster movie sequel that made similar mistakes, trying to please the minority of people who complained the loudest. Although at least that movie had a lot of fights take place in broad daylight. There are a few highlights in King of the Monsters, like the volcanically “birthed” pterodactyl-like Rodan being lured towards a tropical storm containing King Ghidorah by jets, but they’re not as abundant or creative as they needed to be.

Next year, Adam Wingard’s Godzilla vs. Kong arrives in cinemas, and then I have no idea where this “MonsterVerse” can go after that iconic brawl. They’ve blown so many of the best ideas in only the third movie, and I’m Godzilla’d out.