Mark L. Lester’s sci-fi action thriller Class of 1999 was occasionally mentioned at school but I never got around to seeing it as a young teenager. It’s a quasi-sequel to the Canadian filmmaker’s own Class of 1984 (1982), which launched his Hollywood career—peaking with Commando (1985) and plummeted after Class of 1999 only grossed $2.4M domestic (having cost $5.2M). It’s interesting Lester once worked with Arnold Schwarzenegger because this is basically ‘Class of 1984 with Terminators‘, but it only sporadically achieves that pitch’s sense of fun. 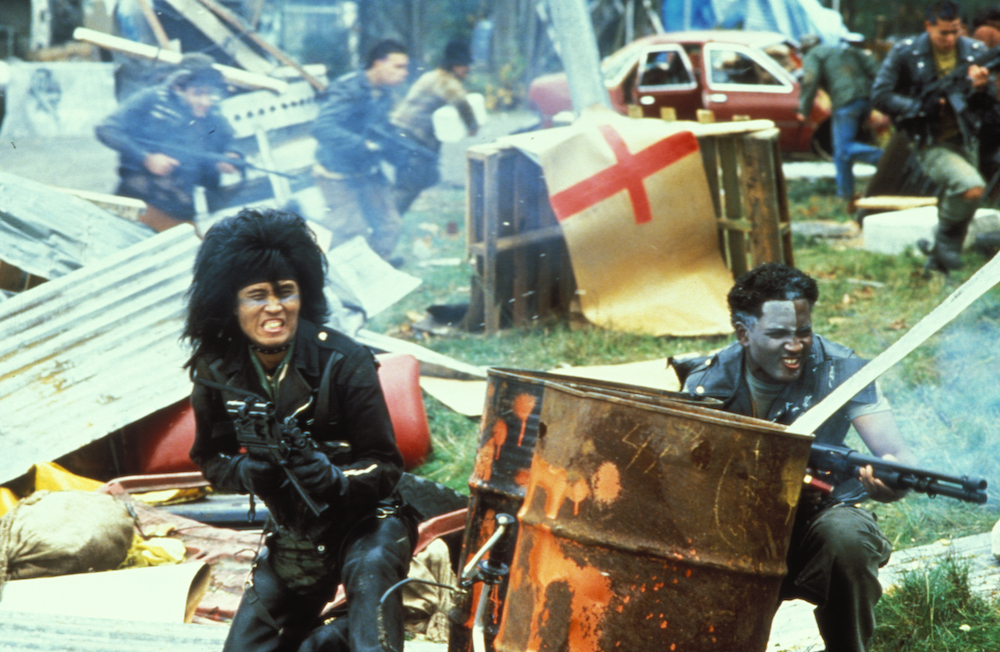 Our human hero is Cody Culp (Bradley Gregg), a legendary tearaway and member of the notorious Blackhearts gang. He’s fresh out of prison trying to reform his life, despite the hectoring of arch-rivals the Razorheads. After Cody goes back to school with his brothers Sonny (Darren E. Burrows) and Angel (Joshua John Miller), his head’s turned by the principal’s beautiful daughter Christie Langford (Traci Lind) and he becomes suspicious of the new teachers and their treatment of kids fooling around in class. And things turn deadly when humiliating corporal punishment turns into capital punishment.

Unashamedly a then-modern B Movie, Class of 1999 is nevertheless difficult to buy into because of how ludicrous it is. This despite how it’s even more relevant today than it was in 1990, as the idea of high schools becoming hotbeds of extreme violence doesn’t seem so crazy now. There are even scenes when teenagers enter school by walking through metal detectors and relinquish firearms, which is a worrying norm in some US high schools 30 years later. But the idea of schools becoming epicentres of city-wide war zones, frightening away law enforcement in the process, is a bit of a stretch. One should probably follow the usual advice for low-budget high-concept movies like this: go with it. 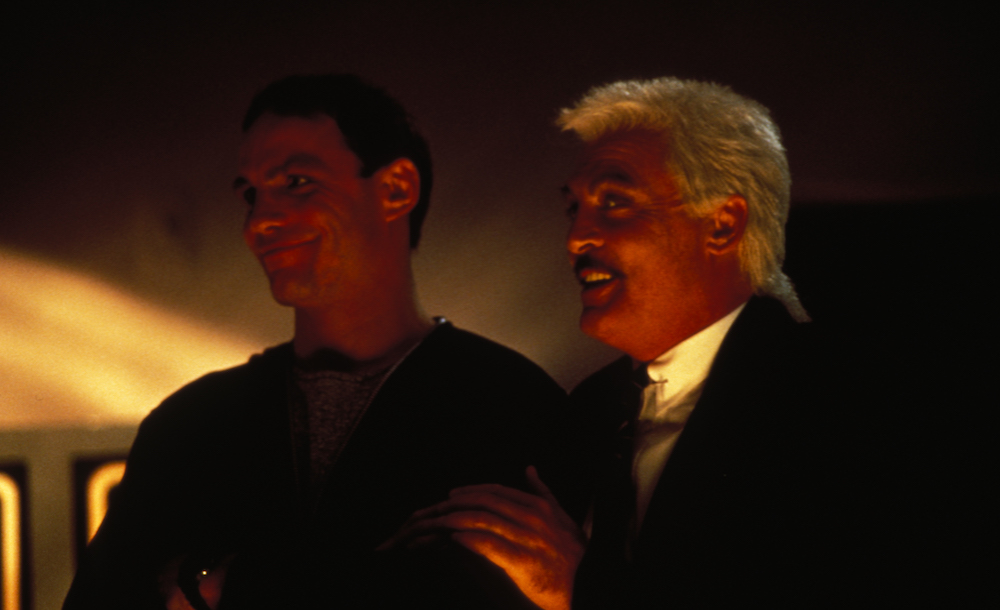 It’s nevertheless dumb to imagine that high-tech androids that can pass for human would be considered the best way to restore normality. Why have them undercover as teachers, when it would surely make more sense to train them as cops or security guards? Of course, RoboCop (1987) already got there, and it does feel like Lester was heavily influenced by that classic Paul Verhoeven movie and The Terminator (1984) in coming up with a more marketable way to “remake” his earlier success. A lot of the marketing materials intentionally echo the ‘half-human, half-robot’ face of Stan Winston’s iconic T-800 skull, too, selling this movie to teens as something similar inside an environment they can identify with.

For much of its 99-minute runtime (how very appropriate), I wasn’t impressed by Class of 1999. The concept is poorly handled and much too unbelievable in the first half, and none of the characters spoke to me. Even accepting this is a low-budget B Movie totally aware of its own nonsense, I wasn’t having enough of a good time and the problems with the screenplay dragged the odd moment of cheesy fun down for me. 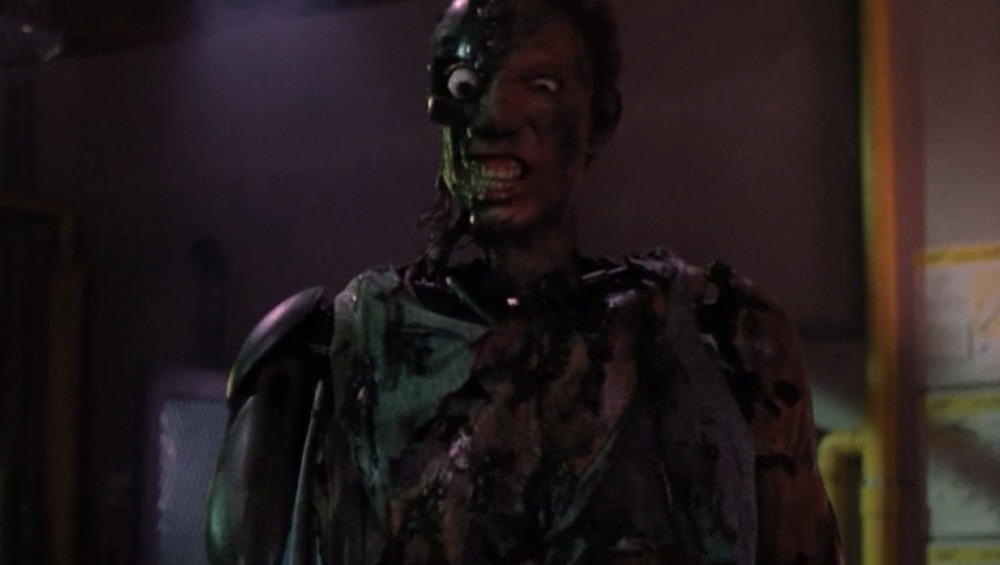 There are some hilariously terrible or oddly unsettling moments when the robo-teachers dispense punishments (treading a heel into someone’s foot, humiliation through public spanking) and, for a while, you’re on the teacher’s side because the teens are so badly behaved. That’s a problem with the script, by C. Courtney Joyner (who later wrote Puppet Master III: Toulon’s Revenge), which has to concoct a way for us to sympathise with the gangs and Cody in particular. It does this by simply having Mr Bryles beat Cody half to death for fighting with other students, then kill someone for no good reason.

The obvious path is to have the robots suffer a Westworld-style meltdown and go crazy, which does eventually happen, but it’s not handled convincingly. The scientists overseeing what the robo-teachers are doing aren’t very compassionate or professional, and any protests they raise are ignored by their tyrannical boss Dr Forest—who looks and behaves more like a robot than any human with his tiny irises, white pupils, dyed white hair, and black moustache. I was poised for a twist that he’s also a robot, programmed not to recognise his own nature, but it never came. 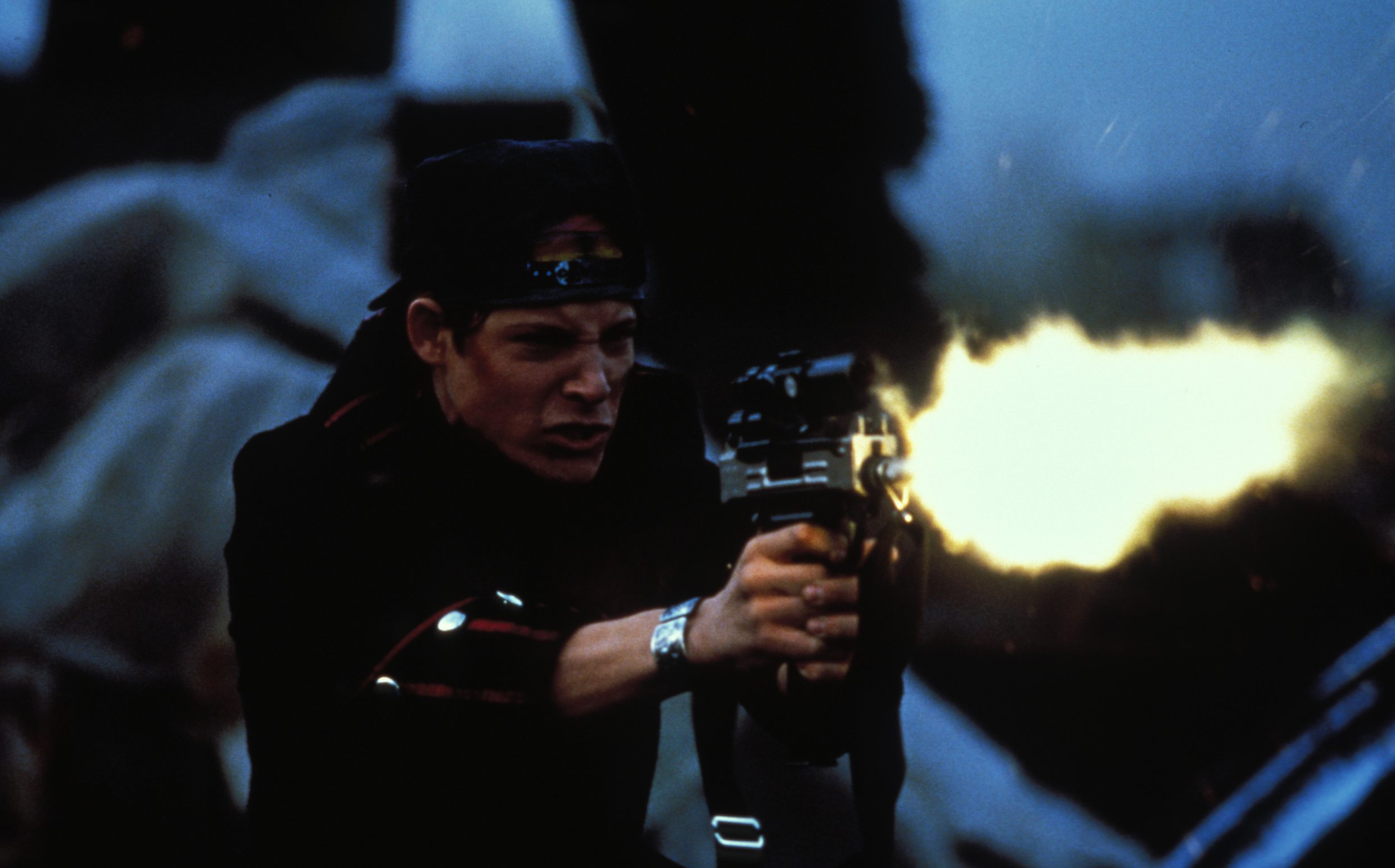 However, very unexpectedly, the last half-hour is far more entertaining. Cody unites the warring gang and they ride into the empty school on motorbikes, to seek and destroy the three metal menaces inside. Suddenly focused on delivering simpler pleasures with teens fighting three “Terminators” stalking the corridors, replacing their arms with flamethrowers and drills, the movie becomes easier to enjoy. It helps that we’re also seeing pre-CGI VFX to bring these robots to life, meaning Pam Grier with a blouse full of spare parts, and the upper body of a teacher “puppet” chasing Traci Lind around a storeroom with half its face missing.

Class of 1999 isn’t a good movie, but I can understand why it impressed young teens who caught this on VHS in the early-1990s—even if the release of Terminator 2: Judgment Day (1991) quickly made it seem even more outdated and ridiculous. The VFX-fuelled moments are fun when they arrive towards the end, but it’s a shame everything preceding it has about as much tension and excitement as a rogue episode of Goosebumps pitched at 18-year-olds. 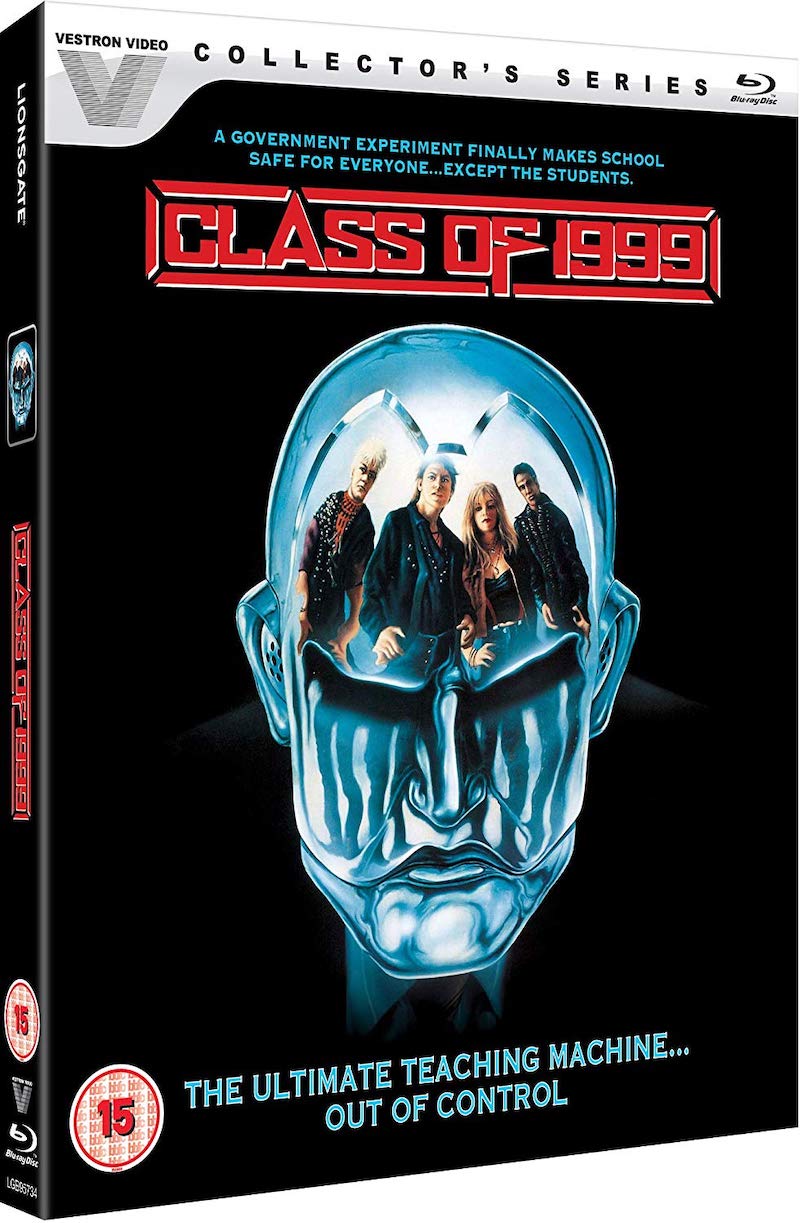