Following their success with French supernatural drama The Returned (Les Revenants) two years ago, it’s hardly surprising that Channel 4 are keen to keep a toehold on the Euro Noir bandwagon. Viewed from a distance, their latest French buy-in, Witnesses (Les Témoins), looked like another wise acquisition…

However, as BBC Four have discovered to their occasional cost, it’s advisable to choose carefully when browsing through the bulging catalogue of available subtitled imports. That familiar blueprint of drizzly European locations, elaborate murder mysteries, and taciturn coppers with pent-up personal problems, isn’t an automatic sign of quality or a guaranteed cult following. Our friends across the channel are just as guilty as we are of churning out generic crime dramas wrapped in a thin sheen of sophistication. Witnesses is proof of that.

One has to wonder if the Channel 4 wrangler responsible for importing this implausible six-part thriller actually watched it all the way through, or if they purchased it based on the superficial promise of episode one. It ticks all the boxes, so I wouldn’t be surprised. “Willowy female protagonist with a liking for chunky knitwear investigates baffling crime in overcast weather? That’ll do nicely. Pack ’em up, Pierre.” 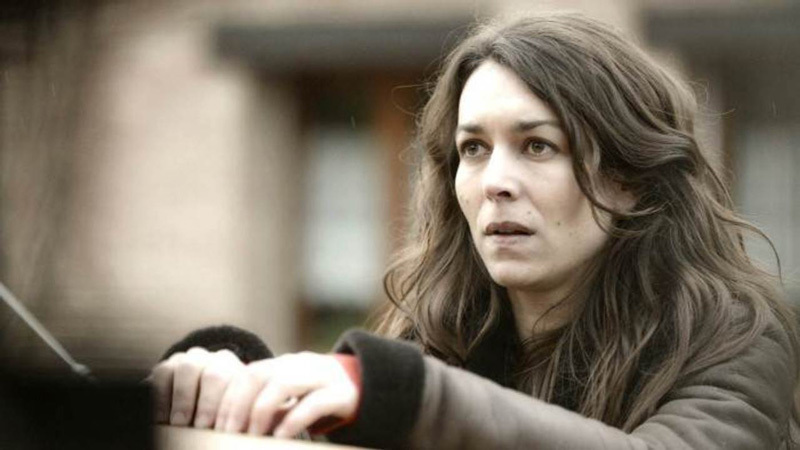 In fairness to this entirely fictitious cross-channel deal-maker, Witnesses does boast an intriguing premise. In a hauntingly picturesque French coastal town, three recently-buried corpses are exhumed and posed inside an otherwise vacant show home, in a macabre facsimile of a family portrait. Three abundantly pertinent questions emerge once the police arrive on the scene: Who is responsible for this bizarre display? Is there a link between these seemingly unconnected cadavers? And why on God’s grey Earth is a framed photograph of former police chief Paul Maisonneuve (Thierry Lhermitte) resting conspicuously on a nearby bedside table?

Lead detective Sandra Winckler (Marie Dompnier) leaps to the conclusion that Maisonneuve is somehow involved. She’s disliked him ever since he dismissed her chances of ever becoming a damn fine cop when he trained her eight years ago. He’s also undergoing psychiatric rehabilitation following the tragic death of his wife, which haunts him to such an extent that his few personal possessions include a crime scene photograph of the car crash that killed her. With more or less sound reason, Winckler surmises that this is odd and suspect behaviour. What dark secrets fester beneath that coolly enigmatic, handsomely-greying exterior?

With the finger of suspicion pointing at everyone apart from our tenacious heroine, this is a standard thriller set-up. But, with what at first appear to be hints of grisly black comedy and offbeat self-awareness, it does suggest that Witnesses might have a few unusual surprises in store. Unfortunately, it soon becomes apparent that those weren’t flashes of subversive humour after all; they were signs that Witnesses is silly in an entirely unintentional, po-faced way. 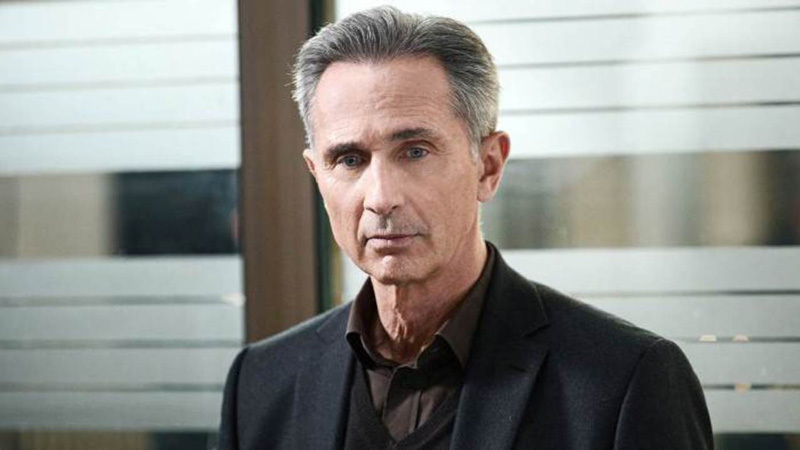 Fatally lacking in tension, the plot unfurls slowly and predictably for several enervating episodes, during which Winckler and her colleagues display an alarming lack of detection nous. Poor old Maisonneuve was right about her after all. Their ineptitude, which surges and recedes according to the demands of the plot, reaches an almost laughable peak in episode two, when—this barely qualifies as a spoiler—they discover that the the show homes they’re monitoring were built on a site that was once a cemetery. This strikes me as an incredibly important detail that should have become apparent much earlier in the investigation, but it seems no one had bothered to check.

Such daftness abounds throughout the series, as characters repeatedly make improbable decisions for no other reason than to facilitate an aimless approximation of plot development. Episodes two, three and four are particularly guilty of trudging through the motions with barely any momentum, before spluttering towards a tacked-on, functional cliffhanger. This interminable slump, which stretches across most of the series, suggests that writer Hervé Hadmar is only interested in reaching certain plot points, and to hell with the stuff in between.

It’s too little too late when he does finally pull out some surprises towards the end. By that point, we’ve spent far too much time watching (a) boring scenes of Winckler’s troubled home life, (b) the predictable business of Winckler and Maisonneuve gradually learning to trust each other, and (c) the pair of them dealing with a standard-issue, sub-Joker psycho daubed in cracked white clown make-up. 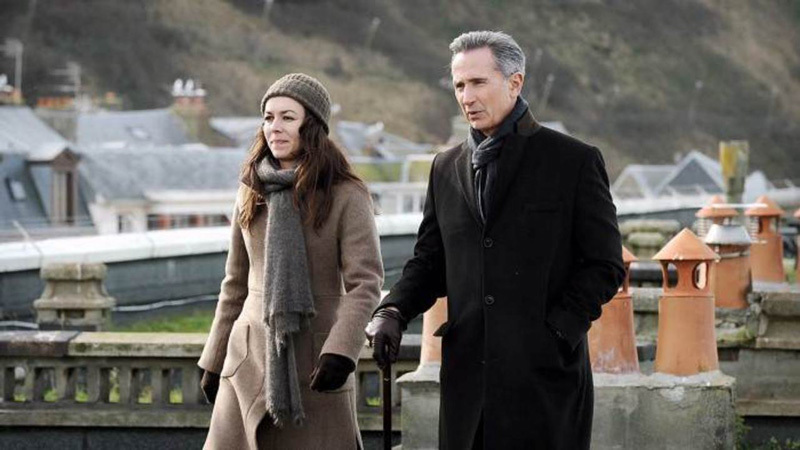 Granted, Hadmar has at least tried to imbue his hackneyed police procedural with some degree of thematic depth. In its stumbling, pretentious way, it tries to make a lip-service point about innocent children being caught in the crossfire when adult relationships implode. Unfortunately, Hadmar explores this theme with all the subtlety of, well, with all the subtlety of the Big Bad Wolf/Red Riding Hood metaphor he scatters over proceedings like lead confetti.

With so little going on underneath, it matters not one jot that the cinematography is desolately pretty in the manner we’ve come to expect from European detective dramas. In any case, its muted, foggy colour palette has almost become a cliché in itself; no amount of artfully framed aerial shots of ominously rain-drenched forests can compensate for a lack of engaging characters and such slovenly storytelling.

While the disappointment of Witnesses might force Channel 4 to choose more carefully on their next visit to the EU vault of mystery, I hope it doesn’t put them off for good. BBC Four, for as long as it exists, will always be at the vanguard of quality foreign imports, but some healthy competition is to be encouraged.

This particular gamble didn’t pay off, but Channel 4’s imminent transmission of series two of The Returned should hopefully remind them that, with the right foreign import, the rewards are bountiful.