It couldn’t last, could it? The relative breeze that was the opening episode of This is England 90 has proved, as expected, to be a false flag—making way for something altogether more familiar and frightening in this compelling second episode.

Now in the summer of 1990, this instalment sent the young and reckless members of the gang—Harvey (Michael Socha), Shaun (Thomas Turgoose), Kelly (Chanel Cresswell), Trev (Danielle Watson), Gadget (Andrew Ellis), Flip (Perry Fitzpatrick), and Higgy (Joseph Dempsie)—to a field of fire and drugs; whilst the older group—Woody (Joe Gilgun), Lol (Vicky McClure), and Milky (Andrew Shim)—stayed home with fire and badly-cooked burgers. But whether its barbiturates or barbecues that our separate groups enjoyed, the same sense of inevitable misery hung heavy over them both.

For the younger group, this is revealed with the continuing demise of Kelly—who hides her hurting head behind a denim bucket hat, and continues the fine tradition of ferocious female performances that has long been the hallmark of a Shane Meadows production. There can’t be a better teacher for female actresses than Vicky McClure, and Cresswell’s turn as the increasingly troubled Kelly sees her embody the gaunt distress that defined Lol’s story arc in TIE88; adding to it a ballerina’s flounce and a pair of doomed doe eyes. 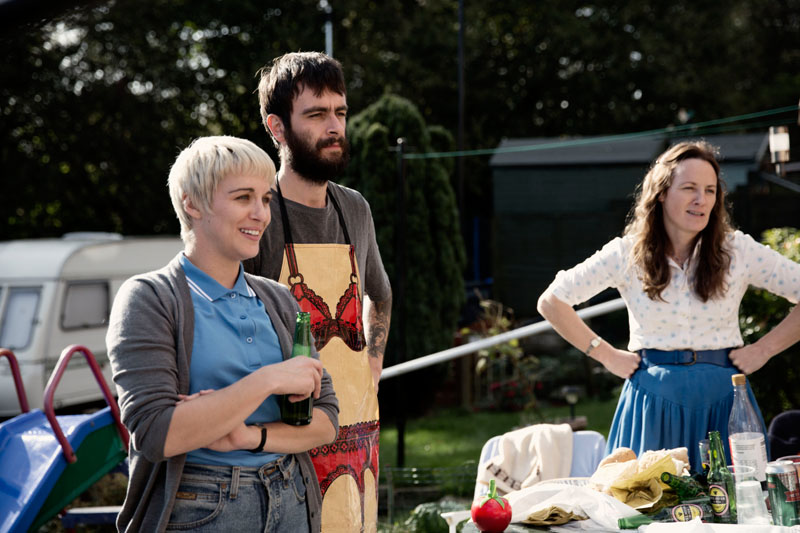 Kelly’s ongoing struggle with drugs, alcohol, and self-esteem resulted in her half-smiling and silently consenting (though heavily sedated) to blurry, gruesome, claustrophobic group sex in a caravan—with smack administered to her by a gaggle of predatory strangers. Directed with an escalating throb as a monstrous montage that includes her murdered, abusive father’s husky voice, it becomes clear that the violent truth of Kelly’s past haunts and taunts her into such complicated corners. This is a show about the past, by its very nature, so it’s smart that the character’s personal histories are so central to the drama, too.

This remarkable scene takes place at a mini-festival of love that the gang accidentally found themselves at, after a slapstick journey into the middle of nowhere that reminded us of just how complicated life was before sat-nav. Though they were aiming for a ’90s paradise and two-thousand teenagers partying on pills, the gang landed in a throwback to hippy Britain—where long hair, wigwams, and bare breasts were the order of the day. Much to the delight of Perry Fitzpatrick’s fabulously ostentatious Flip, who admits he’ll “suck anything”, before running down the hill to their unusual destination like a toddler hopped up on Skittles. 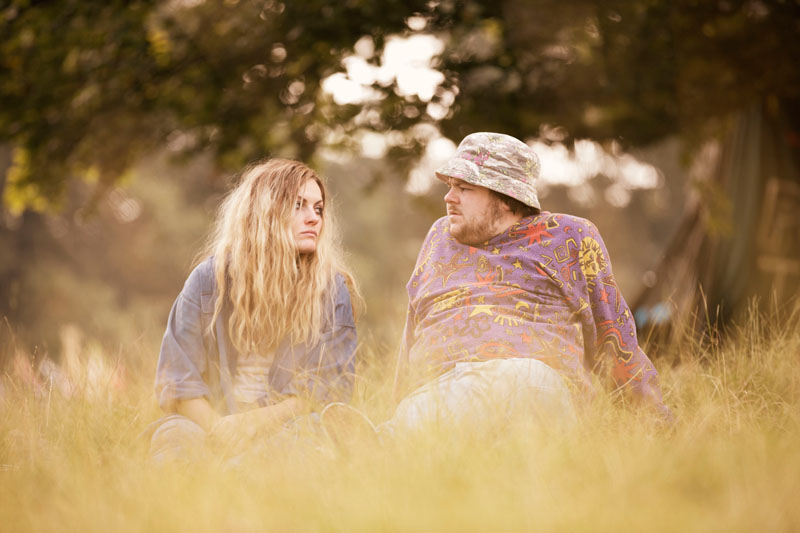 Kelly’s confession to the besotted Gadget that she thinks of herself as a “slag” (the morning after her nightmarish group-sex at the mini-festival, as they look out onto a plush green postcard field in the distance), brought the buzz crashing down, and continues one of the key themes of the series so far: full disclosure.

In this episode alone, Shaun discloses (in Turgoose’s most accomplished acting to date), exactly how he feels about his dad’s wartime death to a beer-drinking ‘Mrs. Robinson figure’ in a tender, poetic moment of sheer honesty. Flip also discloses that his bravado and moustache are far less important to him than having real friends. And perhaps most importantly, Lol discloses that Combo (Stephen Graham) will soon be coming to stay with her and Woody (Joe Gilgun), following his release from prison. Though Woody agrees that it’s the right thing to do, his vacant stare at the ceiling, like Kelly’s into the middle-distance, suggests that he knows that there’s more trouble brewing.

Burgers and boobs only distract you from reality for so long.

THE X-FILES – ‘My Struggle’ • ‘Founder’s Mutation’