We’re at the halfway point in Iain Hollands’ inventive You, Me & The Apocalypse, and, perhaps understandably, this episode aimed to give everyone a chance to breathe, take stock, and see where our heroes are and where they’re all going. Which is another way of saying that it was a bit slower than the last couple of episodes, although not without its winning moments and at least one great plot twist. 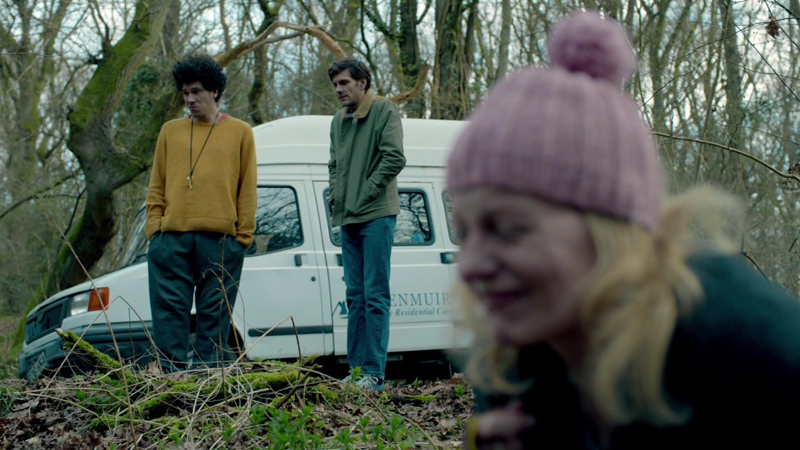 Our intrepid duo were now a trio as Jamie (Mathew Baynton) and Dave (Joel Fry) hauled Jamie’s birth mother (or, as Dave rather interestingly put it, ‘vagina mum’) Mary down to London and Ariel’s empty loft apartment, where all manner of revelations (and possibly Revelations) broke loose. Chief among those was the fact Ariel appears to have married Layla (Karla Crome) first, only she was known as ‘Hawkwind’ then. Yes, that’ll be the same Hawkwind who was briefly referenced by Skye back at the commune; the erstwhile best-friend who ran off with her boyfriend, Ariel. Hmm, our Layla’s not looking all that trustworthy at the moment, or so Jamie thinks. But wait a minute,because it’s worth remembering that Layla’s daughter very definitely referred to her daddy “working in a bank”, so I still think she’s Jamie’s child, not Ariel’s, and that there’s something altogether more complicated going on here.

The episode’s other big revelation concerned Mary’s conviction that Jamie was the Messiah, which, it transpires, is why she left him as a baby in a church car park. Again, this is a twist that’s easy to dismiss on the surface—Mary having spent a large amount of time in a secure hospital unit and being utterly convinced that God spoke to her, something which Jamie brilliantly described as “not happening to people outside of Charlton Heston movies”—but wait a second because we know that Jamie’s possible-daughter almost certainly did come back to life and has apocalyptic visions of the end of the world, which makes sense if she’s the Daughter of the Son of God… so maybe she is, and he is, and this whole story is going somewhere quite unexpected. 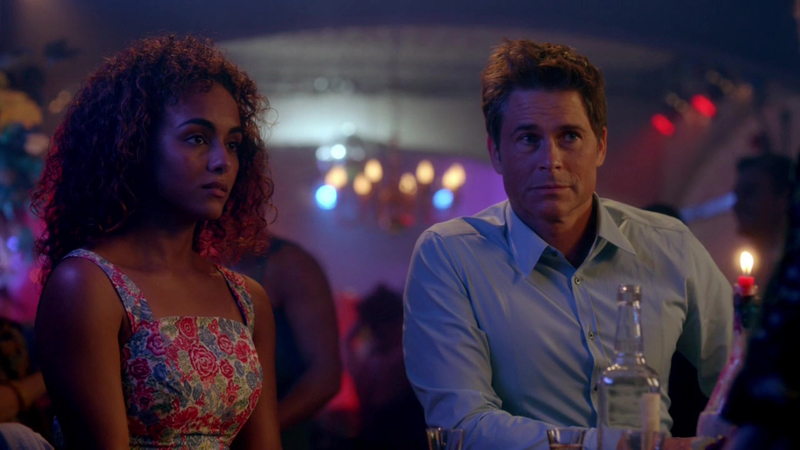 Also going somewhere quite unexpected: Father Jude (Rob Lowe) and Sister Celine (Gaia Scodellaro), who donned mufti and downed shots in the latest step on their Messiah-hunt. This week’s candidate didn’t even claim to be the Second Coming. Rather, she dispensed practical help to the poor and homeless by any means necessary, including a bit of light container port theft. Not a Holy woman, then, just a good one who was spending her final days on earth making sure people’s suffering was partially alleviated while enjoying what was left of life herself.

It was an earthy form of charity, and one that clearly appealed to Father Jude; although, yet again, we were reminded that he might appear frivolous but his actual belief in God runs very deep. Sister Celine, on the other hand, is clearly more conflicted. We learnt more about her background this week, discovering that she was a street kid who ended up being saved by the nuns and took her vows because she felt thankful to them and had nowhere else to go. The scenes between her and Jude, where he apologised for making assumptions, just as she apologised to him last week, were truly sweet, reinforcing the idea that this relationship between two damaged but kind-hearted people is the most touching on the show; tinged with melancholy and regret at what might have been, and filled with a terrible yearning. I don’t know about you but personally I’m rooting for these two crazy kids to get together, vows or no vows. 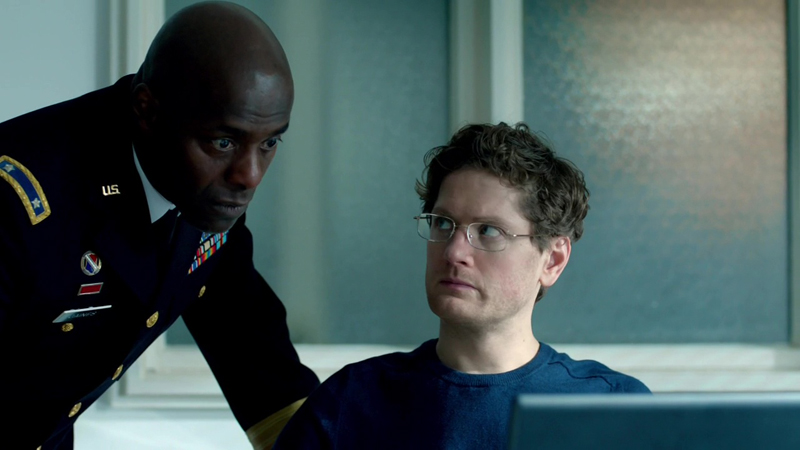 Unfortunately, things aren’t looking quite so good for our men at the Pentagon. Yes, Gaines (Paterson Joseph) did manage to rescue Spike (although Scotty really saved the day and broke the stand-off between Gaines and Ariel, displaying hitherto unforeseen bat-wielding skills), but unfortunately he and Scotty also let the mysterious agents capture “the white horse” when their back was turned—and that can’t possibly be good news. Gaines’ pragmatic plan also came at some cost to his relationship. Scotty (Kyle Soller) doesn’t seem like the kind of man who can just get over his lover’s practical attitude towards the murder of citizens, even if they are crazy hackers and it’s for the greater good. Cuh, he wouldn’t survive five minutes in Homeland. Then again, we all know those McNeils are really too soft-hearted for their own good. 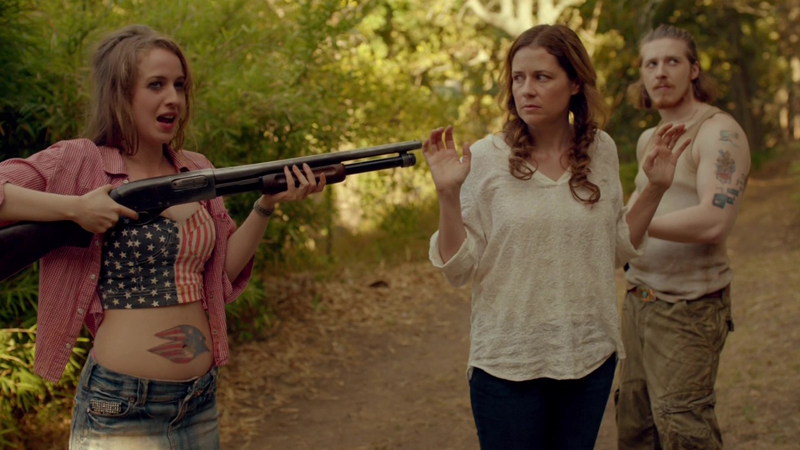 Being soft-hearted is not something many people have probably ever said about Leanne (Megan Mullally) before but the Tennessee matriarch came into her own this week: freeing Rhonda (Jenna Fischer) from her crazy survivalist family, who were busy stockpiling tinned hotdogs and weapons, dreaming of a racially pure end of the world, and sending her on her way with a roll of bank notes and a whole heap of good luck. I don’t know if this is the last we’re going to see of Leanne, but if so then this was nicely bittersweet send-off allowing you to sense the whole world of possibilities and other people she might have been had she not been born into poverty and prejudice. “You take care hun and have yourself a good apocalypse,” she said as she waved Rhonda off. You too Leanne, you too. 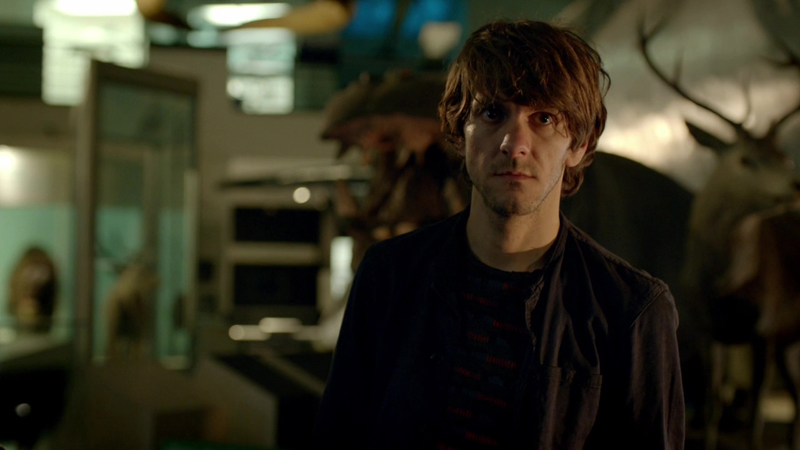 So what did you think? Should Father Jude and Sister Celine get together? Is Jamie really the Son of God? And what on earth is really going on with the agents of Rigg (as I can’t help but think of them)? As ever, all speculation welcome below…