It’s time for Reverend Matt Jamison (Christopher Eccleston) to have his turn in the limelight, and my expectations were high because a favourite episode last season was the Matt-focused “Two Boats and a Helicopter”, which singlehandedly made me stick with The Leftovers in those early days when its gloomy vibe was proving a tough sell. I’m pleased to say “No Room at the Inn” was another impressive hour of TV to equal that first season highlight—tense, surprising, distressing, poignant, moving, and weirdly optimistic.

The Leftovers is starting to feel like it’s a mix of modern-day Bible stories. The show’s very premise is often likened to that of the ‘Rapture’ from scripture, and there are naturally going to be intriguing parallels to Biblical tales when you’re talking about a society dealing with such an extraordinary event and hoping for miracles. This week’s episode title is obviously a reference to Mary and Joseph having difficulty finding a place to stay in Bethlehem, so Mary could give birth to Jesus. Here, it was paralysed Mary (Janel Moloney) and her husband-turned-carer Matt who had a difficult time finding their way home—beginning when a desperate father and his young son seized an opportunity to steal the Jamison’s wristbands after pretending to have car trouble on a roadside. A nightmarish scenario at the best of times, but exacerbated by Mary’s physical condition—both in terms of her paralysis having logistical repercussions, but also her unexpected pregnancy (a miracle in Matt’s eyes because they’ve struggled to conceive for ten years, so it must have happened during the three hours Mary was lucid after they first arrived in Jarden). 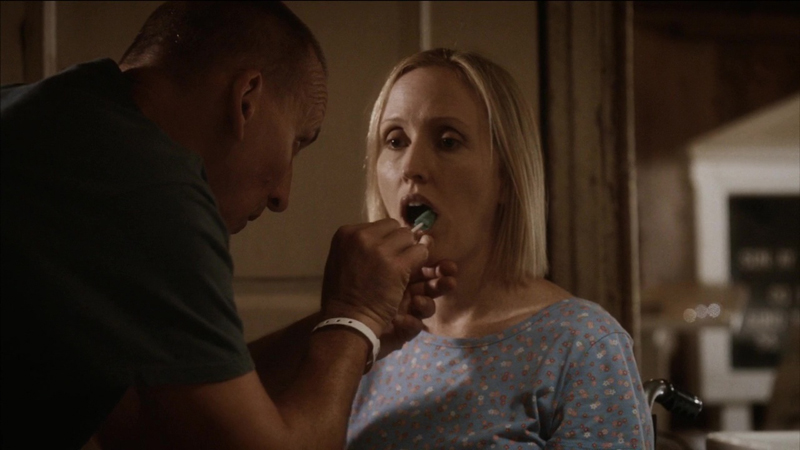 There was a pervasive feeling in this episode that Matt is a much more important figure on The Leftovers than it sometimes feels. This episode unsubtly places him as a Joseph figure doing his best for an “impossibly pregnant” wife, at the very least, but also afforded him opportunities to appear quite messianic. This was best demonstrated with Matt enduring all manner of physical and mental hardships—his hand being broken, wristband stolen, and literally being cast out into the ‘wilderness’ of the shanty town on the outskirts of Jarden when John (Kevin Carroll) wouldn’t vouch for him to officials.

The shanty town we glimpsed during episode 2 is a travelling community of New Agers, religious freaks, and lonely people desperate for a miracle in these bizarre times. As Matt pushed Mary past the town’s array of weirdos with their insane communal rituals—including a man stripped naked and put in stocks marked ‘REPENT’, to have vegetables thrown at him—it truly felt like he’d entered a seventh circle of Hell at times. Indeed, it was a place he’d have to pass through safely in order to reenter “Heaven”—by earning a $1,000 by exacting a strange punishment on a bearded man called Brian, to be granted access back into Jarden through a dangerous storm drain by a Swedish opportunist known as Elmer. 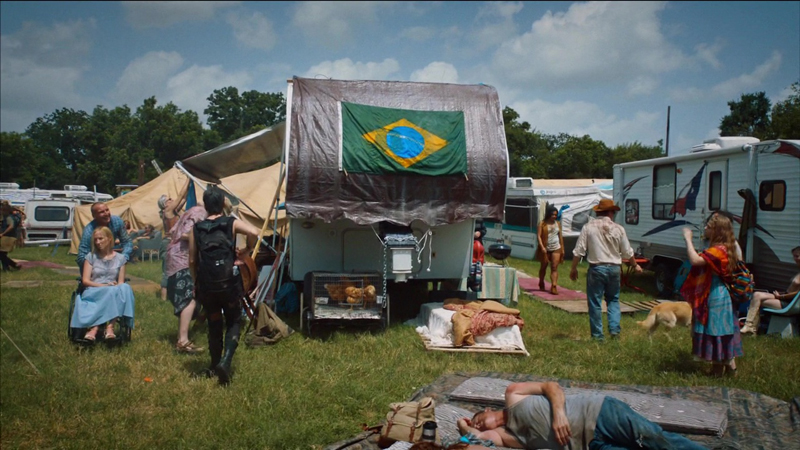 Like all the best Bible stories, “No Room at the Inn” made it feel like there’s a God working in mysterious ways, nudging Matt in a particular direction—with his wife’s aforementioned miracles, but also a few amazing “coincidences” and premonitions. In the end, it’s Matt’s family—sister Nora (Carrie Coon) and her boyfriend Kevin (Justin Theroux)—come to his aide, smuggling him into Jarden in the back of their car, but the things he’s seen and gone through have changed him. He can’t just return home with Mary now and settle back into their routine, to suffer the later indignity of pretending he gave into a sexual urge and made love to his catatonic wife one night (as, ironically, folk actually inside ‘Miracletown’ don’t believe in miracles).

No, after retrieving his stolen wristbands from the man who stole them (who became the tragic victim of a car accident where a herd of goats were to blame), and ensuring his wife’s safe and comfortable with the Garvey’s… Matt turns his back on the ‘Promised Land’ of Jarden. He tells skeptical John about his wife’s miraculous return to lucidity, whether he believes him or not, and walks back into the shanty town to free the naked man in the stocks by willingly replacing him. It’s a public indignity, sure, but arguably not a patch on what he’s already gone through. And the suggestion is that the Reverend Jamison might just have found his calling; not with the privileged citizens of Jarden, but with the poor lost souls outside its hallowed gates.Several clinical studies showed that phenterminehealth.com is effective against weight loss. After that, it was recommended for a long-term the treatment of obesity. The choice of particular drug depends on the comorbidity and therapy, ease of use and cost 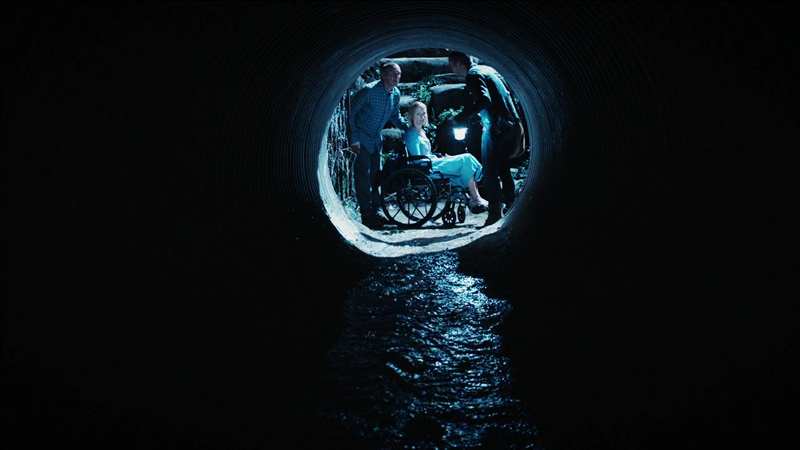