This year, you’ll see few television dramas as chilling and emotional as Russell T. Davies’ miniseries Years and Years. Episode 1 begins in the present day (May 2019) with each instalment progressing further into the 2020s until 15 years have passed. Over the six episodes, we follow a typical middle-class family—the Lyons—whose very ordinariness makes them a powerful storytelling tool for an ever-changing century.

While not about politics in the same way as House of Cards or Veep, the government has an inelegant way of forcing its ways into the lives of the Lyons. Daniel falls in love with a Ukrainian refugee fleeing homophobic torture, Edith is caught in a Chinese nuclear strike, and Stephen and Celeste’s comfortable lifestyle is rocked by a financial crisis. And lurking in the background is the divisive rhetoric of right-wing politician Vivienne Rook (Emma Thompson), a brutish blonde who plays politics for laughs, swears during live TV debates, and even starts her own TV channel so she can learn dance routines with Steps. 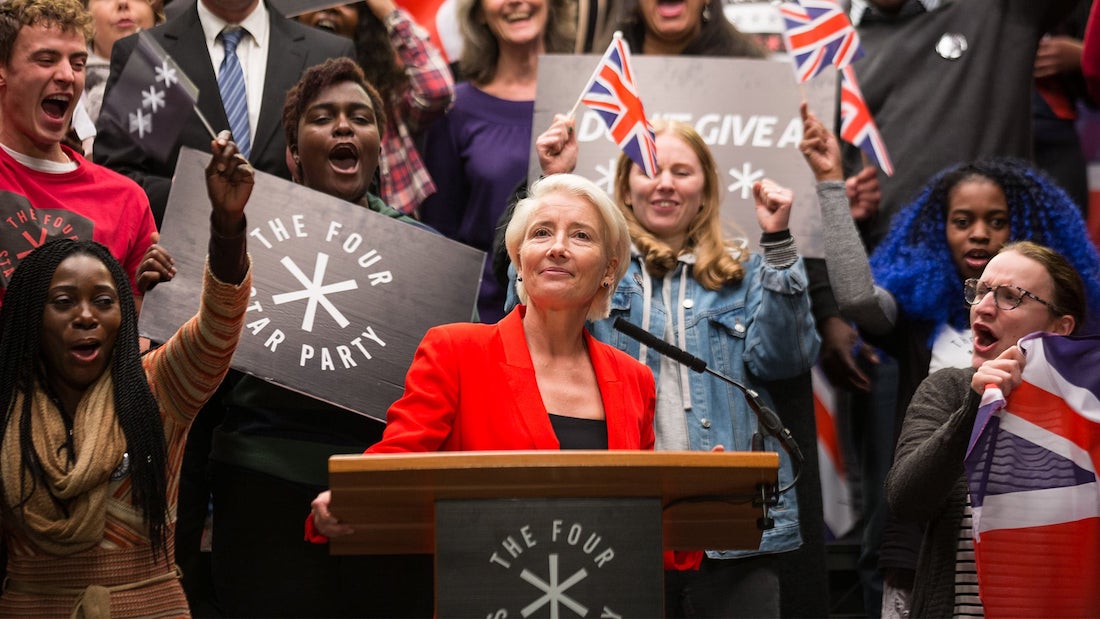 Using one family as a magnifying glass for the impact of global events is a powerful and intelligent plot device. It’s one thing to see news flash past in a TV bulletin, but it’s more impactful to see how it affects the lives of everyday citizens. We don’t just hear about the nuclear strike we see the health fallout from the impact zone… we don’t just hear about refugees, we see lovers being ripped apart over passport papers…. we don’t just overhear bankers talking about their losses we see families losing their livelihoods. If all news stories were delivered alongside a plausible depiction of real-world impacts we might become a more empathetic society.

Years and Years isn’t science fiction but there are hints of it during the narrative. Stephen and Celeste’s daughter Bethany (Lydia West) slowly transforms into a living piece of tech as time passes, getting hardware implanted into her body, and the family are almost permanently linked by a Google Home-type device called Signor. It’s chilling because it’s all too easy to imagine this happening soon.

This series excels because it’s rooted in a recognisable reality. A lesser drama would’ve used shock and exaggeration to portray a dystopian horror. Here, each episode shows a montage of events that happen within that year and propel us towards the next: the death of the Queen, Mike Pence being sworn in as President of the United States, the extinction of bananas, etc. Few shows allow the audiences to see the world falling apart, news story by news story. I fear we’ll look back at Years and Years, when 15 years have actually passed, and shudder to realise how close its predictions were. 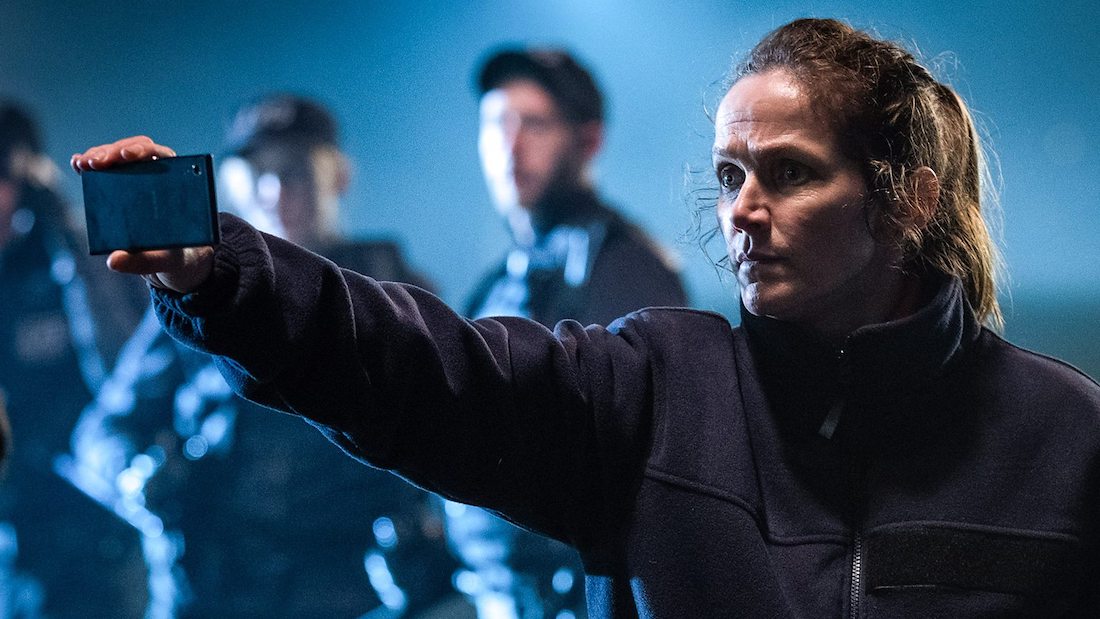 The opening episodes lure viewers into a false sense of security. One could be easily fooled into thinking this is a kitchen sink British drama about a regular family… but the ending, which involves a national lockdown, is so realistic and credible it’s hard not to find it disturbing. The more chilling plotlines are also the most realistic to consider—concentration camps for refugees, nuclear missiles launched at China, and a refugee crisis closing down parts of Europe. All are moments are so worrying and uncomfortable you’ll be thinking about them long afterwards,

But it’s not all doom and gloom. Much like Davies’ classic series Queer as Folk, it’s also wildly entertaining and often hilarious and touching. Such as life, one minute you’ll be crying, the next you’ll be snorting with laughter… before being stunned into silence. 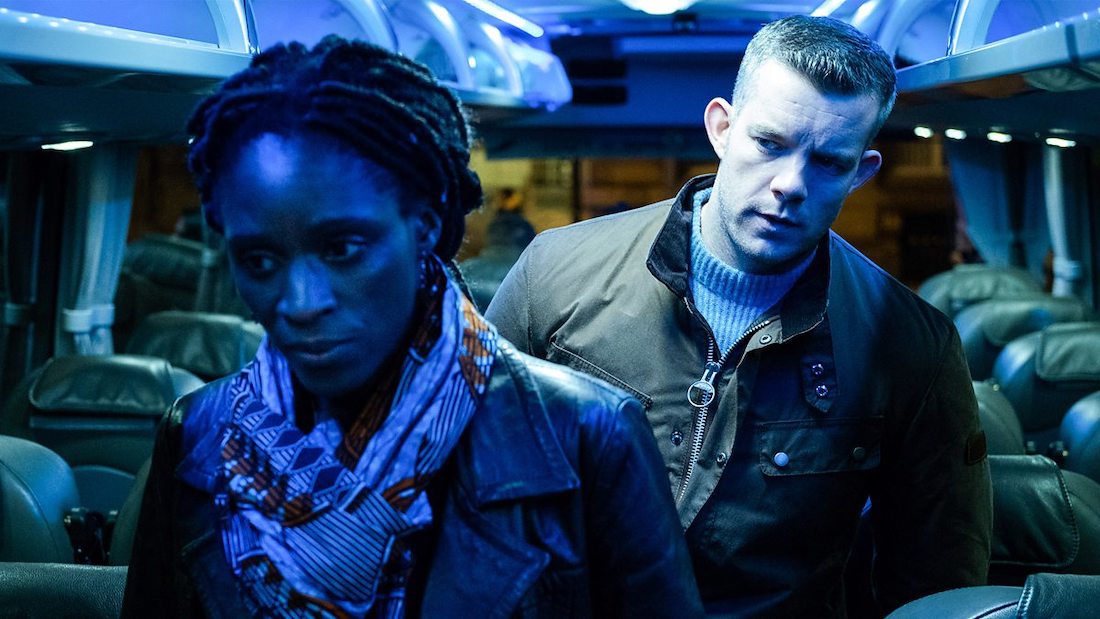 After the dust settles, life carries on. Despite far-right nationalism sweeping the UK, the threat of nuclear war hanging over the population, and the fall of the power of Europe, there are still people’s birthdays to attend. This is the type of dystopia where people keep commuting to work and taking their kids to school. Years and Years understands that a bad situation creep up on people… and while everyone moans about the latest crisis, they also adapt and slowly start to accept whatever comes next.

Even when this miniseries falls into the cliché—like Celeste and Stephen’s marriage woes, or Viktor and Daniel’s doomed romance—the strong writing and performances always save it. The cast is on great form, with Kinnear perfect as an angry middle-class man who’s lost everything. T-Nia Miller is also a quiet powerhouse as the silent matriarch who holds her family together no matter what, while Hynes is superb as a rebel with a cause, as is Tovey as a lover angry his partner was born on the wrong side of a border, and Madley as a working-class woman lured into far-right extremism. 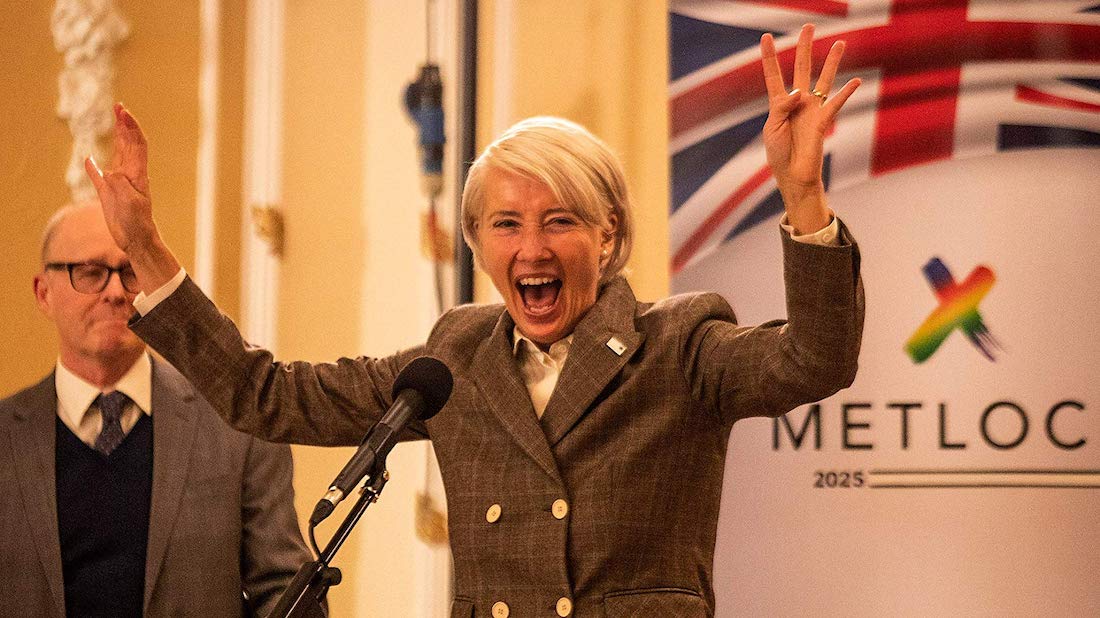 Emma Thompson is also having fun as the brutally honest Rook, whose career excels by telling people that Israel doesn’t matter and she’s more worried about her bins being collected on time. But the standout performance belongs to Anne Reid, whose speech in the finale (blaming us or ignoring and accepting the changing world, for letting things end up like this) is one of the best pieces of writing of the last decade.

Years and Years understands the accelerated and terrifying 24-hour news cycle we all live alongside. Davies knows the key questions of life can’t be addressed in one big plot, but many smaller ones. Although he shows the complacency and acceptance of the masses, he never vilifies their actions or inactions. The people who voted far-right, who clutched at their materialism and high-paying jobs, and who were too busy on social media, aren’t the bad guys here.

Years and Years uses the specific problems of an ordinary family to examine the enormous problems we’ll likely be facing for real very soon. If you take anything away from this BBC series, it’s to pay attention to the world around you. It’s moving and changing so fast that your complacency could end up being fatal.