We’re living in a digital age, but also a streaming video age, with the popularity of services like Netflix and Amazon Prime Video showing little sign of abating. And they’re soon to be joined by Disney+ and Apple TV+. With so much content available at our fingertips, it makes even more sense to watch things in the best possible quality. And if you’re no longer spending cash on DVD and Blu-rays quite as much, you could use that annual saving to invest in a 4K HDR TV.

Okay, let’s get briefly technical. 4K is the approximate number of pixels a 4K Ultra HD television can display horizontally. The precise number is 3840×2160. That’s a significant step up from 1080, or “Full HD”, being 4x the resolution of a Blu-ray at 8.3 million pixels in total. But the more interesting aspect of the new generation of televisions is the HDR (High Dynamic Range), which adds a more noticeable difference than increasing resolution with more pixels. You can read more at Panasonic about Ultra HD TVs here.

If you have a TV screen smaller than 50″ it’s less likely you’ll notice the upgrade from HD to 4K, particularly if you’re sitting back a few metres to view content. But HDR is more likely to impress viewers because it increases the dynamic range of the image on display (i.e. making the difference between the black and white areas more contrasting), and it can also show more colours onscreen. That’s termed having a “wide colour gamut” (WCG). 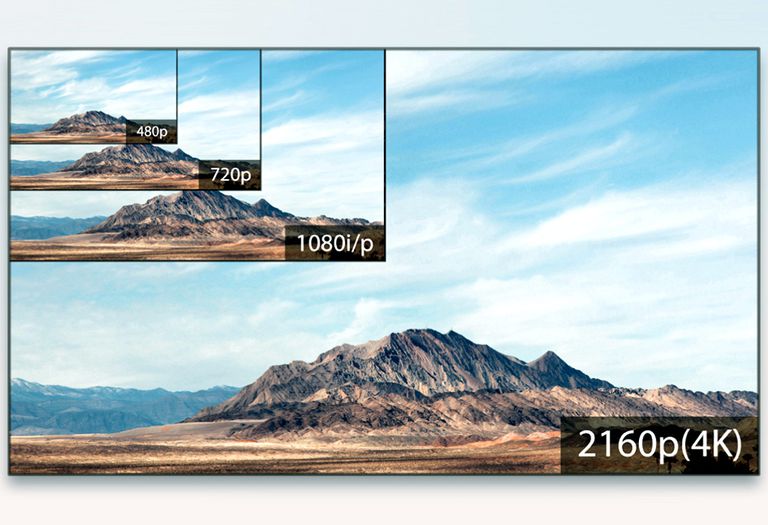 And because most modern televisions with 4K HDR are capable of outputting more luminance, going from 100–300 nits of brightness with a standard TV to an average of 1000 nits and — theoretically — 10,000 nits! This means bright outdoor scenes can be so realistic they make you squint. But the real benefit of HDR is allowing you to see more detail inside finer increments of shading and colour. The result is a picture with colours and contrast that “pop”, appearing more accurate to reality and almost three-dimensional.

A good example would be a campfire in dark woods. HDR allows you to see details in the shadows of the surrounding trees but also notice differences within the hot flames. A regular TV would likely show the fire as being a blown-out whitish-yellow and the dark surroundings would be murky. If you had a tough time seeing the action clearly in “The Long Night” episode of Game of Thrones, much of that would’ve been helped if you had been watching it with HDR. 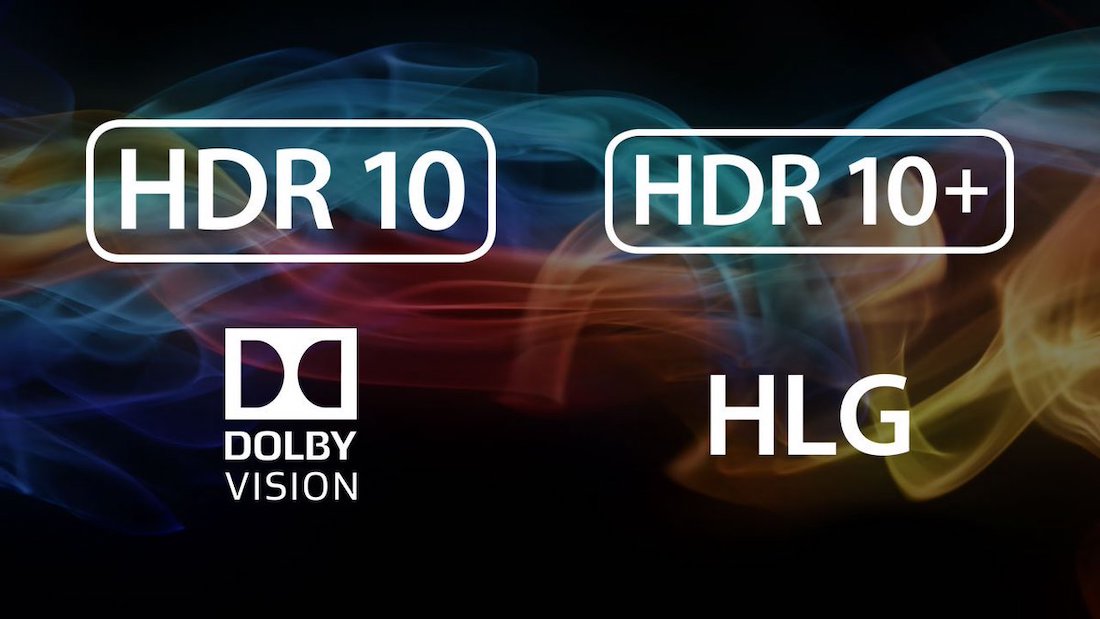 What about HDR10+ and Dolby Vision?

Already, the technology behind HDR has advanced to the next stage, so check that any potential 4K HDR TV purchase can handle the later standards of HDR10, HDR10+, HLG, Advanced HDR by Technicolor, or Dolby Vision. The most popular form is HDR10 because it’s an open standard different manufacturer can utilise free of charge, whereas the second favourite Dolby Vision is proprietary and the manufacturer would have to pay Dolby’s license to use it.

The advantage of HDR10+ and Dolby Vision is they transmit metadata alongside the image, telling the TV how to constantly adjust the dynamic contrast for optimal effect. HDR10 does this, too, but it only has one baseline setting from beginning to end. HDR10+ adjusts the TV’s settings frame-by-frame! This ensures far greater accuracy than agreeing on an acceptable standard for the entire film or episode.

The many audio standards can co-exist on 4K Ultra HD Blu-rays and streaming services, but you’ll need a compatible television that can handle them. And if you’re using a media player to watch discs, that will also need to be compatible. LG and Panasonic have embraced Dolby Vision and most of Philips’ televisions for 2019 come with it, too.

What to check when buying a 4K Ultra HDR TV.

The best rule is to stick to your budget, but purchase the best product from within that price range. OLED screens are still the gold standard, but they’re more expensive than LED screens. Although the prices are coming down. It would be unwise to buy an LCD screen now because they can’t handle the dynamic range that HDR provides.

One good piece of advice is to look for an “Ultra HD Premium” sticker on TVs or devices, as that proves it meets the baseline standard to be considered a purchase-worthy 4K screen. However, check it can also handle HDR (as older models won’t and are likely getting sold at temptingly low prices in shops). Some cheaper televisions also handle HDR very poorly, so it looks worse than without it! I wouldn’t buy anything dirt cheap if you’re getting into 4K, so aim to spend no less than £900 to be satisfied.

It would be a good idea to try and get a TV that has HDR10+ or Dolby Vision built-in, just to future-proof your purchase for longer, but that’s ultimately not a dealbreaker. Visible success with those new HDR standards is sometimes down to how well the metadata’s been set, and I’ve never really been disappointed by “old” HDR10.

Size is always important, of course. If you have space, buy to fill it. You won’t regret a 65″ TV if you have the room, but a high-quality and expensive 4K HDR TV on a smaller 48″ screen may not give you the ‘wow factor’ you’re looking for. Of course, larger screens generally cost more, but these days you’re quite likely to find 55″ TVs selling for around the £1,000 mark. 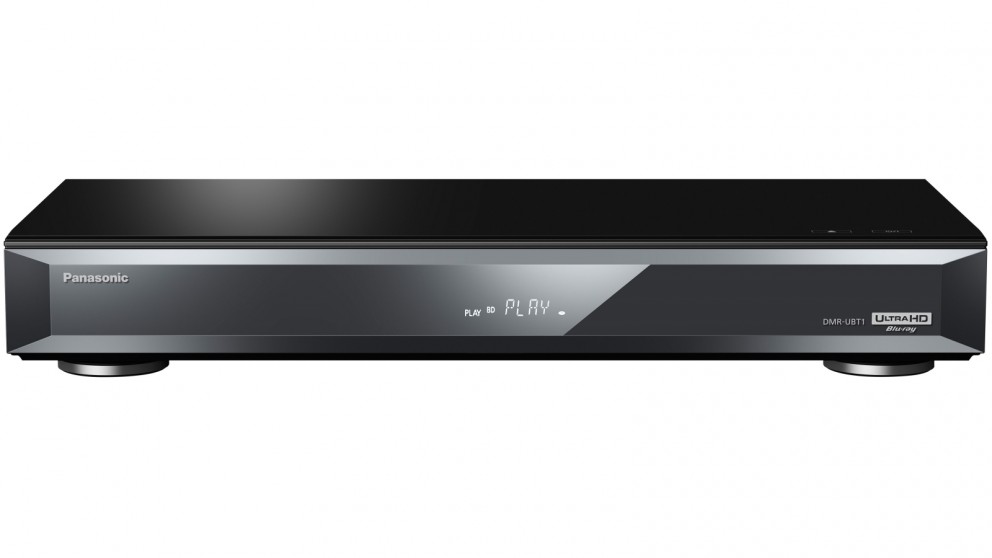 Physical media is still king, so if you’re an audio-visual enthusiast it’ll be worth buying an accompanying 4K Ultra HD Blu-ray player. Sometimes it’s useful to get one that’s the same make as your TV, so they can communicate better and maybe cut down on remote controls, but check to ensure it can output HDR10+/Dolby Vision if you want to see that on an enabled-TV.

Discs also tend to come with premium audio standards, like Dolby Atmos or DTS:X “object-based” surround sound with overhead audio, which streaming can’t quite compete with. Most cinemas don’t even have that! Obviously, you’d then need a compatible home theatre audio system and speakers. Yes, more expense. But if you have a small room, regular Dolby TrueHD and DTS-HD are still very pleasing to the ears.

Netflix, Amazon Prime Video, and Apple TV carry 4K and HDR films and TV shows. You need the premium package deal with Netflix and a compatible ‘4K’ Apple TV box, but 4K/HDR is standard for Amazon content. The quality can’t compete with data coming down an HDMI cable from a 4K UHD player—yet!—but it’s getting close. And the chances are you won’t notice too much of a difference in practice, and it’s understandable to place more value in the convenience of streaming over the quality of discs.

It’s always worth spending time calibrating your picture settings, and there are often good tutorials or recommended settings for most modern TVs online. But if you can’t find any, or don’t look how the settings make your content look, some rules of thumb are:

Motion Smoothing sometimes goes by other names according to manufacturers (like ‘TruMotion’ or ‘Clear Motion’), but the result is the same: extra frames are artificially created and added in an attempt to smooth out moving images, but this creates a ‘soap opera’ effect. It will make movies look like they’ve been shot on a phone. It can be useful for fast-moving sports on TV because it reduces ‘blurring’, but should otherwise never be used. You don’t want to spend a fortune on an awesome new 4K TV to watch Avengers: Endgame with the appearance of EastEnders. Don’t believe me? Just ask Tom Cruise…

Competition: THE INVISIBLE MAN on Blu-ray