With The X-Files returning next year, over a decade since it closed the door on its cabinet of weirdness in 2002, creator Chris Carter revealed there are 10 episodes that X-Files groupies and newbies alike should watch before diving back into the adventures of FBI Agents Fox Mulder (David Duchovny) and Dana Scully (Gillian Anderson). Pretty handy, considering the entire nine-year run amounts to a whopping 202 episodes. As season 10 looms on the horizon, we decided to check Carter’s recommendations and see how well they hold up all these years later… 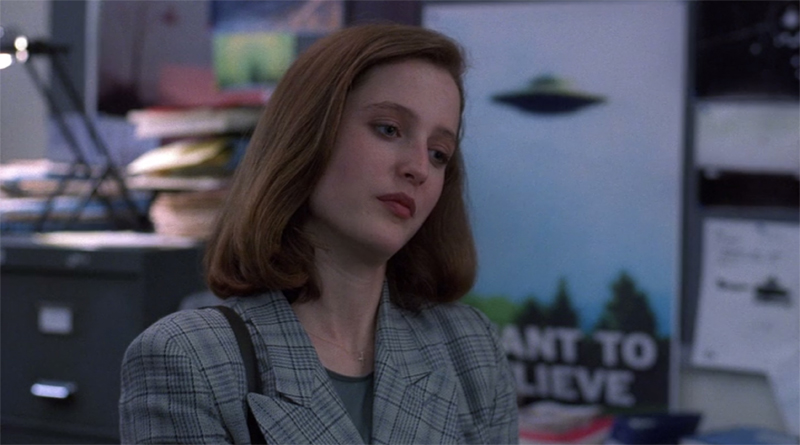 “The following story is inspired by actual documented accounts,” we’re told at the start of the very first X-Files, and boy does Chris Carter make us believe it. In just 48-minutes, he introduces most of the key elements that will define The X-Files over its nine year run. David Duchovny and Gillian Anderson share great chemistry from the get-go as FBI agents Mulder and Scully; the latter a scientist and skeptic, the former a believer. With a plot that feels part Twin Peaks, part something else entirely, this is a fun, mysterious and creepy introduction to the show’s ongoing concern of alien abduction. It’s dated well, too. Though it looks its age, the storytelling and performances remain hugely compelling, and it’s not hard to see why this series quickly became a pop-culture phenomenon. • (Season 1, Episode 1) 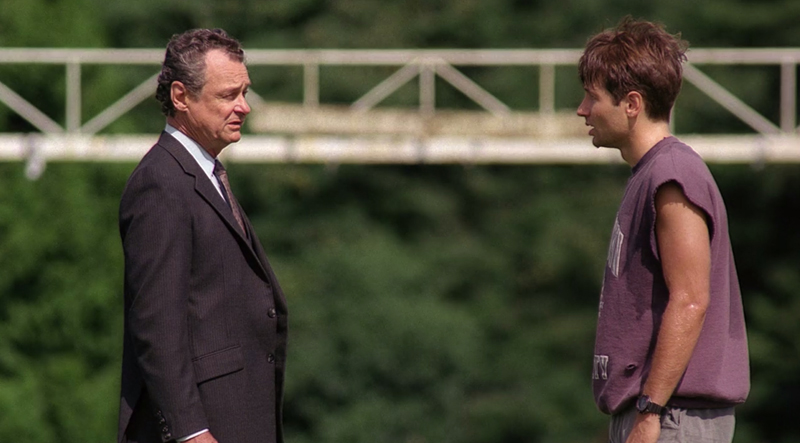 Pretty much picking up where the first hour left off, this second X-File ramps up the conspiracy angle as Mulder meets ‘Deep Throat’ (Jerry Hardin), a shady government informant whose motives remain unclear. Meanwhile, he and Scully investigate the case of a test pilot whose erratic behaviour has his wife concerned. Of course, that leads them into a case involving alien abduction, culminating in Mulder (sans Scully, naturally) encountering a strange, triangular aircraft in the sky. Is it a spaceship? Though not as strong as the pilot, Deep Throat builds on its predecessor and boasts an infectious paranoid atmosphere. Hardin is fantastic as the enigmatic inside man, and there’s even an appearance by a young (and shaggy-haired) Seth Green as a UFO-obsessed teenager. • (Season 1, Episode 2) 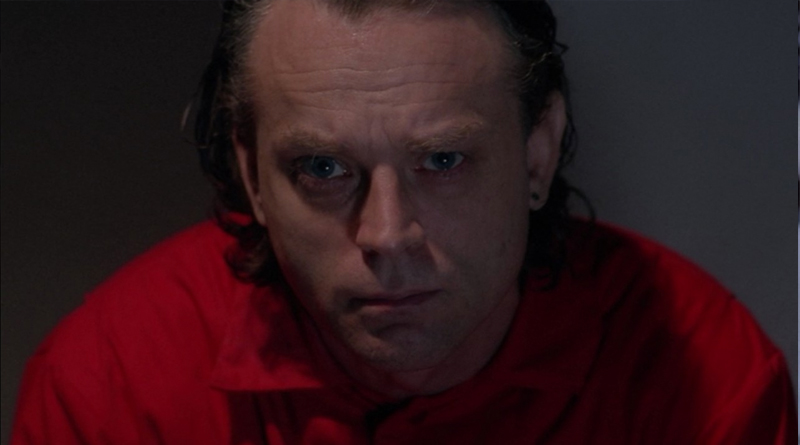 An unbelievably dark delve into the aftermath of grief, this episode from the show’s best writers, Glen Morgan and James Wong, puts Scully front-and-centre as she reels in the wake of her father’s sudden death. Determined to keep working, she attempts to debunk a supposed psychic: Death Row inmate Luther Lee Boggs (Brad Dourif), only to find herself believing he really can communicate with the dead. It’s easy to draw comparisons with Silence of the Lambs, as Scully is both drawn to and repulsed by Boggs, who has answers she needs to help find some missing teens. And with Mulder out of action for much of the episode, Morgan and Wong take full advantage of this then-rare opportunity to flesh-out their usually skeptical scientist. It’s a testament to Anderson’s early skill as an actress that she’s not eclipsed by the fantastically creepy Dourif and, by the episode’s end, Scully emerges wiser and—critically—more complicatedly human than ever. • (Season 1, Episode 13) 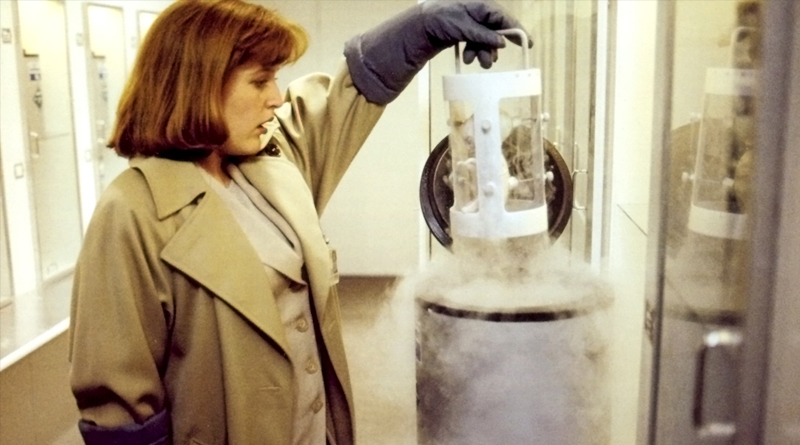 It’s finale time, and The X-Files’ first season draws neatly to a close, ending with a scene that mirrors the final sting from the pilot as The Cigarette Smoking Man places a pickled alien in a box in the Indiana Jones-style file room at the Pentagon. He’s not the only one making a return, with Deep Throat back and crazier than ever, finally offering us answers—and they’re juicy as prime steak. Scully discovers extra-terrestrial DNA (you can actually freeze-frame her mind being blown) and Mulder attempts to chase down a doctor whose DNA’s been spliced with that of an alien. The stakes have never been higher, and this is a thrilling end to the very first year. The conspiracy deepens (just who are these lackeys working for the Smoking Man?), the techno-babble is on top form (we learn something about the structure of DNA, woo), and with the FBI threatening to close the X-Files, it’s cliffhangers ahoy. This is how you do a season finale. • (Season 1, Episode 24) 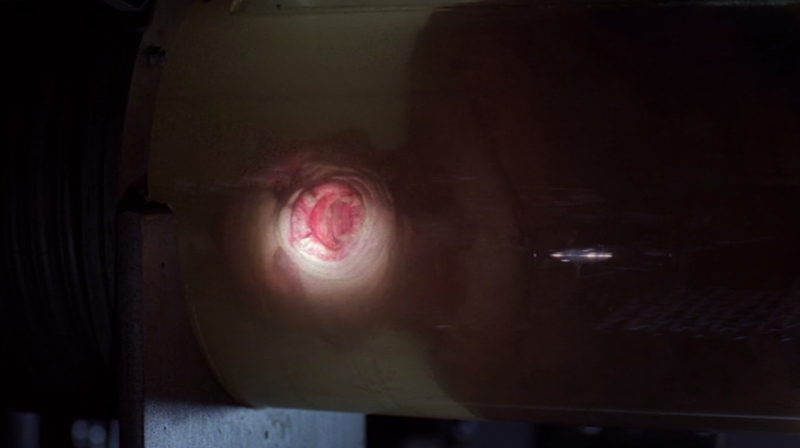 With the X-Files closed at the end of the first season, this episode deals with the fallout of that situation while also delivering an entertaining ‘monster of the week’. Mulder goes on the case of a “giant bloodsucking worm” that’s making its way through the sewers of New Jersey, calling on Scully to lend her scientific eye to proceedings (perform an autopsy, receiving mysterious tip-offs). It’s no coincidence that Mulder’s told he has “a friend at the FBI” within minutes of Skinner (Mitch Pileggi) assigning him a case that looks suspiciously like an X-File. And while this episode’s monster plot is relatively routine (albeit with some great prosthetics), the clever handling of the conspiracy keeps things interesting. Meanwhile, there’s genuine affection in Mulder and Scully’s handful of scenes—it’s Duchovny and Anderson’s chemistry that gives the show its lifeblood. • (Season 2, Episode 2) 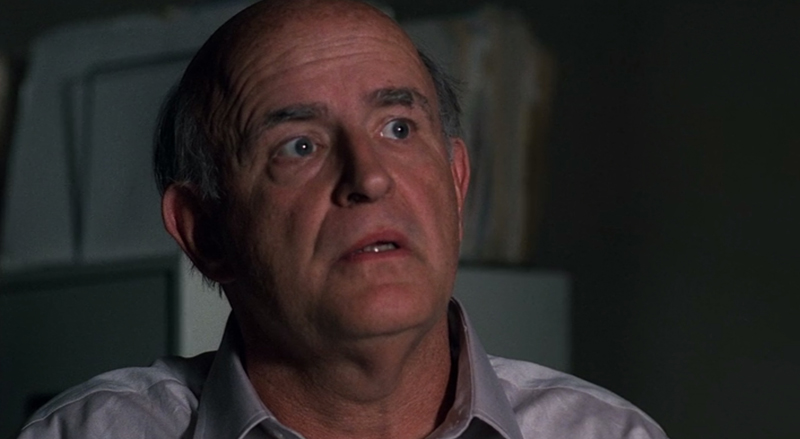 A relatively talky episode, this third season highlight is buoyed by a fantastic performance from Peter Boyle as Clyde; a psychic who knows how people will die. He’s brought in to help with a murder case being investigated by Mulder and Scully, and many of the episode’s best scenes involve Clyde and Mulder discussing fate, determinism, and the nature of free will. The head-spinning dialogue is a Christopher Nolan wet dream. There’s also a brilliant bit of effects work in which we watch Clyde’s body decomposing, surrounded by flowers, and some fun horror visuals—including a corpse’s face replacing that of a doll’s. While an episode like this probably felt groundbreaking back in 1995, now it’s simply a performance-driven curio that has interesting and intelligent things to say. • (Season 3, Episode 4) 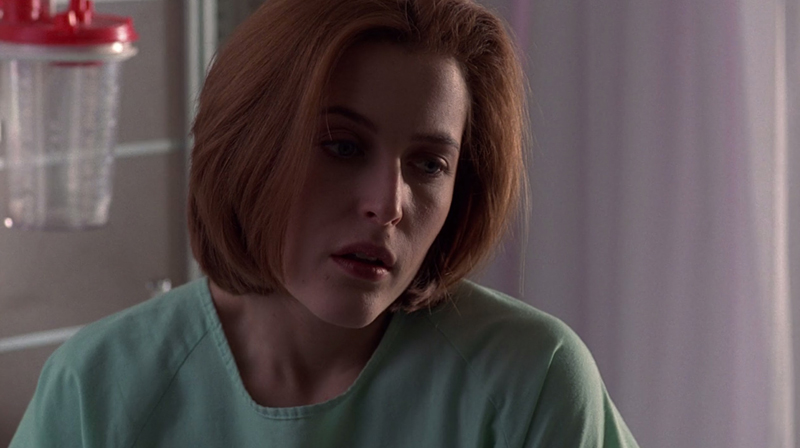 Four of The X-Files’ most prolific writers (Chris Carter, Vince Gilligan, John Shiban and Frank Spotnitz) combine to script this busy episode, which deals with the repercussions of Scully discovering she has cancer. While she winds up hospitalised, it’s up to Mulder to attempt to figure out a way to save her, which leads him down dark new avenues; encountering clones, more people floating in glass boxes, and that deadly assassin who reduces people to green goop. Oh, and he’s given a hand by The Lone Gunmen, always a welcome addition to any episode. In the eye of the storm, Anderson gives a series-best performance, though her distractingly verbose narration (she’s writing a letter to Mulder) adds little insight into her suffering. Meanwhile, it’s great to see The Smoking Man back, with Skinner striking up a surprising deal that could save a certain redhead. In all, this is a zippy episode that furthers the conspiracy while deepening Mulder and Scully’s emotional connection. He even kisses her on the forehead. Gulp. • (Season 4, Episode 14) 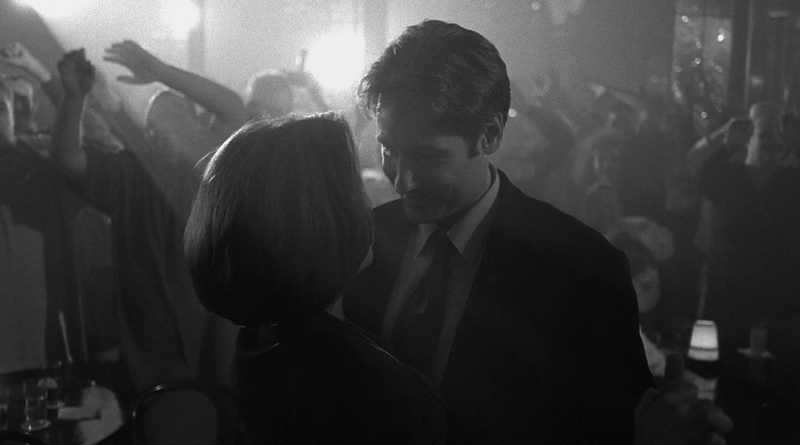 Mary Shelly’s Frankenstein meets David Lynch’s The Elephant Man in what’s surely the oddest and most audaciously entertaining X-Files episode ever made. Setting out to smash the series mould to smithereens, Chris Carter writes and directs a black-and-white ode to Hammer horror in which Mulder and Scully find themselves in ‘Hicksville’ when a woman wakes up pregnant after blacking out for three days. It’s not long before they’re bouncing between weirdo locals and yet more pregnant women as a monster stalks the town. But who is the monster and what does he really want? Boldly trying something new, The Post-Modern Prometheus begins with a woman being attacked while Cher plays on the soundtrack, and ends with Mulder and Scully slow-dancing to “Walking in Memphis”. It’s weird, lovingly crafted and, possibly, the moment the show jumped the shark. Because, really, what could they do next? • (Season 5, Episode 5) 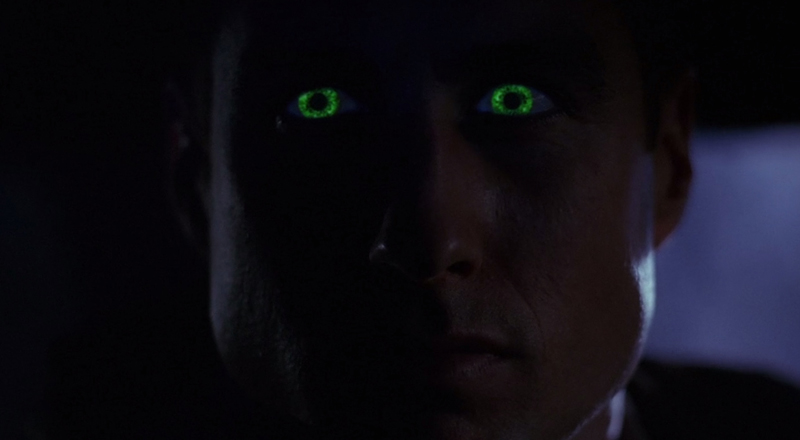 What could they do next? Answer: keep the comedy coming thick and fast. This is a vampire-themed instalment, told mostly in flashback as Mulder and Scully attempt to remember exactly what led to them staking a pizza guy wearing fake fangs. Scully goes gooey-eyed over Luke Wilson’s lawman (then gets hungry for pizza while, uh, performing an autopsy), while Mulder’s attacked by the glowing-eyed pizza guy. Funny sights include Scully enjoying a vibrating bed and Mulder singing the Shaft theme tune; but despite this episode being scripted by Vince Gilligan, it’s oddly flat, dealing in goofiness instead of the show’s trademark grittiness. Fun, but ultimately throwaway. • (Season 5, Episode 12) 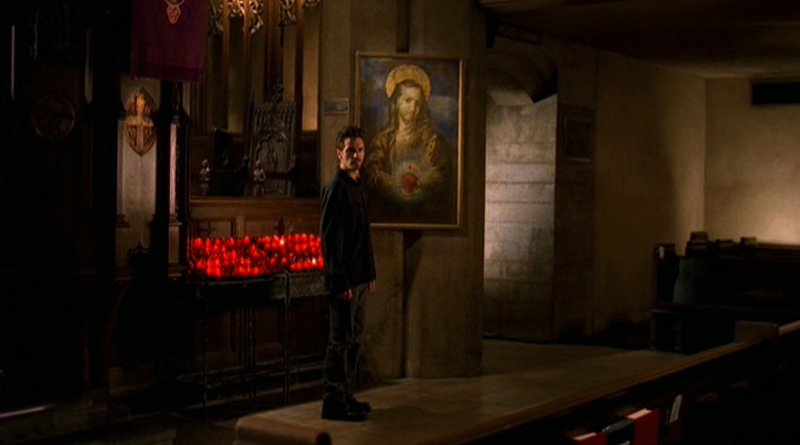 Less obviously self-referential than The Post-Modern Prometheus and Bad Blood, but still effectively taking an inward look at the power of paranormal stories, Milagro delves into the mysteries of storytelling, exploring how passion often dictates our judgement. This being The X-Files, we also get ripped-out hearts aplenty as John Hawkes’ lonely writer works on a novel that bears a striking resemblance to real events. We’re not in puppet master territory, though, Milagro instead revelling in atmosphere and ambiguity while laying bear Scully’s secret passions (“She’s already in love,” says Hawkes, and are we ever in any doubt of who Scully really loves?). The episode’s notable for neatly switching our lead duo’s traditional roles as skeptic and believer, and while this isn’t the showiest hour, it’s a fine example of the show’s measured, thoughtful approach to storytelling. • (Season 6, Episode 18)

So there you have it! Chris Carter’s choice of episodes are definitely worth your time, and should help to renew your interest in this iconic Fox series ahead of its return next January. To help even more, have you seen the latest trailer for the show’s revival in January 2016? Check it out:

13 REASONS WHY – Season One