Mindhunter’s second season continues in much the same vein as the first: stylish but superficial, often wooden yet addictive. Once again we follow the agents of the FBI’s tiny Behavioral Science Unit (BSU), back in the days when profiling serial killers was a daring innovation rather than respected research, with this season charting its history into 1981. 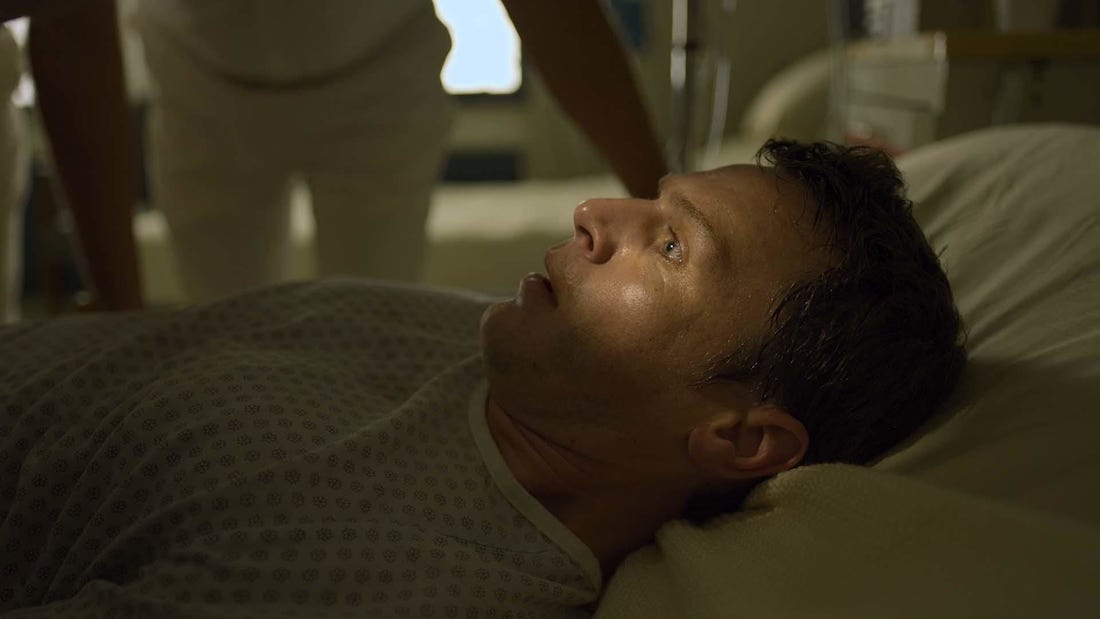 By any rational measure, Mindhunter ought to be considered terrible because of its info-dumps whenever characters tell each other stuff they already know, together with its many underdeveloped subplots and the obsessively over-designed visuals… and yet it’s utterly compelling. In part, this is simply because the subject matter is, to many of us, extraordinarily interesting. And while the makers of Mindhunter always get tempted to stray into their character’s personal lives, they usually manage to keep the focus on the criminals being studied and achieve that aim without melodrama.

The question is whether or not it veers into being too stoic in the hands of its writers and directors. Occasionally, a guesting actor gives in to the inherent grotesqueness of Mindhunter’s topic and delivers an OTT performance—season 2’s most egregious example being Michael Filipowich as William Pierce Jr.—although his baroque strangeness is equally the fault of the screenplay. 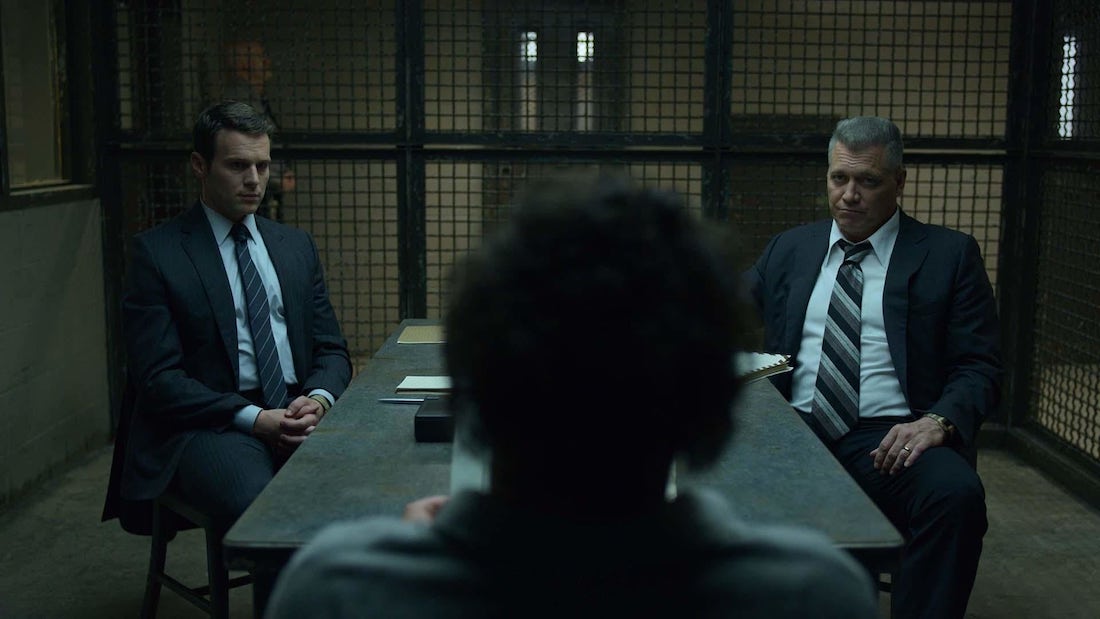 However, in general, the conversations Ford and Tench have with incarcerated killers and rapists are believable and illuminating. Moreso than those with their workmates, which tend to be clumsily didactic. It’s also to Mindhunter’s credit that it never resorts to flashbacks whenever anyone’s murderous background and crimes are being discussed. It relies entirely on dialogue to conjure images inside the viewer’s mind.

Especially engrossing are the interviews with David ‘Son of Sam’ Berkowitz (Oliver Cooper), half-wit William Henry Hance (Corey Allen), and Elmer Wayne Henley (Robert Aramayo), a serial killer who also murdered the other serial killer with whom he collaborated. Sonny Valicenti is also back as chilling Kansas murderer Dennis “BTK” Rader, whom we met in season 1 and now see intermittently throughout this year’s stories. He remains at large and will presumably come to the fore in the third season after such an extensive buildup. 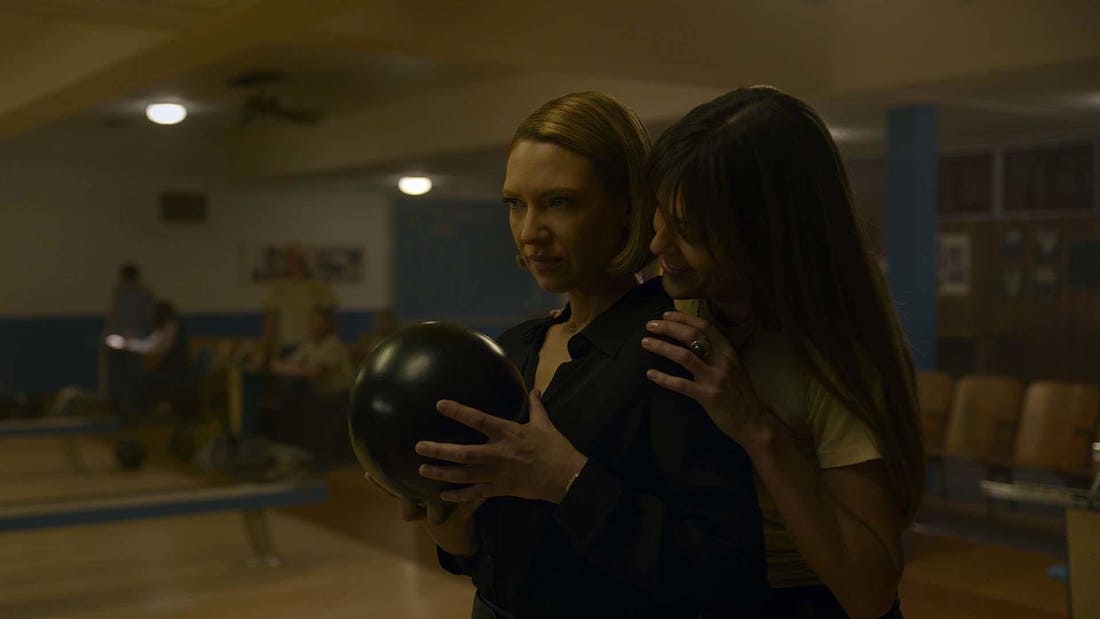 Damon Herriman also appears in compelling and unsettling form as Charles Manson (a character he also portrayed in Once Upon a Time… in Hollywood earlier this year). His taunting oratory enrages Tench but Ford rather falls for him. Ed Kemper (Cameron Britton), who featured prominently last season, also returns to steals more scenes despite having reduced screen time. Best of all, however, is Wayne Williams (Christopher Livingston), the Atlanta child murderer, whose wide-eyed innocence masks a ruthless arrogance.

With the exception of Williams, Mindhunter’s killers usually appear for only a single extended scene of being interviewed, so Groff and McCallany have the harder task of holding the series together away from those undoubted highlights. As in the first season, their success rate is mixed. McCallany is more accomplished at delivering subtle modulations of expression and speech, which an actor needs in order to keep their character alive over multiple episodes. Tench feels like a real person and, despite his sometimes negligent treatment of his family and a prejudice typical of his generation (he encourages his son to play a game called “smear the queer”), one can’t help but like him. 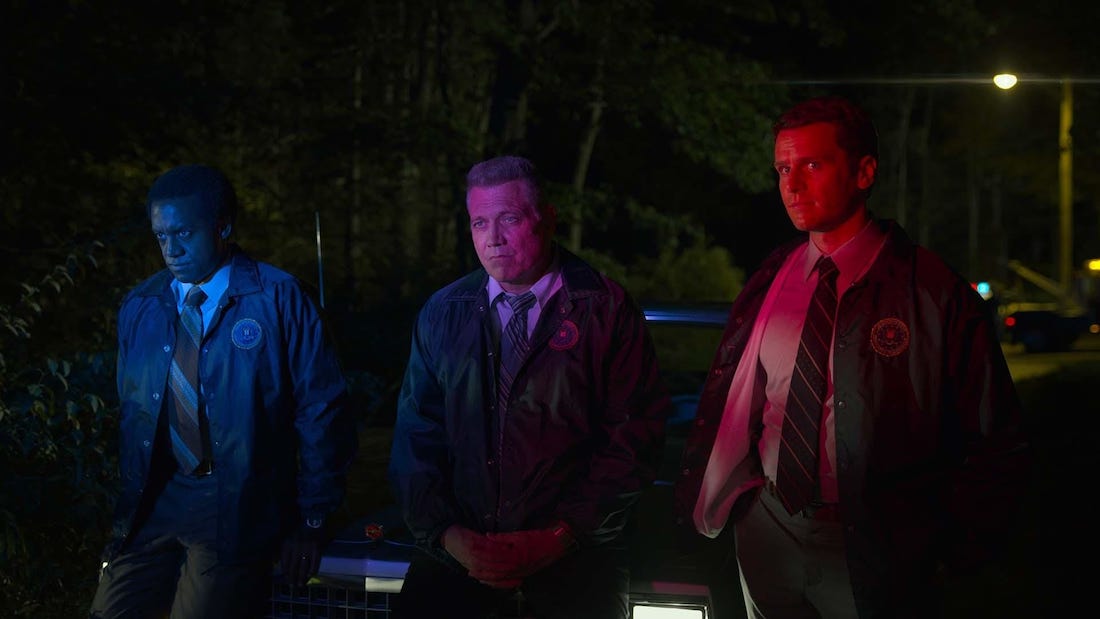 Groff is harder to warm to, continuing Holden’s combination of single-minded intensity and an oddly bewildered aura. His fervour for the job and apparent disregard for everything else works when he’s the focus of a scene…. but he’s not nearly so good at responding to other actors or sitting on the sidelines, which seem to come naturally for the more experienced McCallany.

Many of the smaller roles are deftly played. Michael Cerveris has a low-key but commanding air as the BSU’s new boss, which means you can’t take your eyes off him. Albert Jones, despite appearing quite bland at first, gradually reveals depths as an Atlanta-based Fed who works with Ford and Tench on the child murders in his city. Torv (Fringe) has real star presence, but the attempt to develop a subplot around her personal life as a lesbian isn’t matched by giving her a larger role in the investigations.

More interesting female characters are provided by Stacey Roca (The Office) as Tench’s strong-willed wife, who’s most convincing whenever she’s having to bite her tongue in a man’s world. Sierra McClain and June Carryl are also fantastic as two black women pressing for a solution to the horrifying Atlanta case. 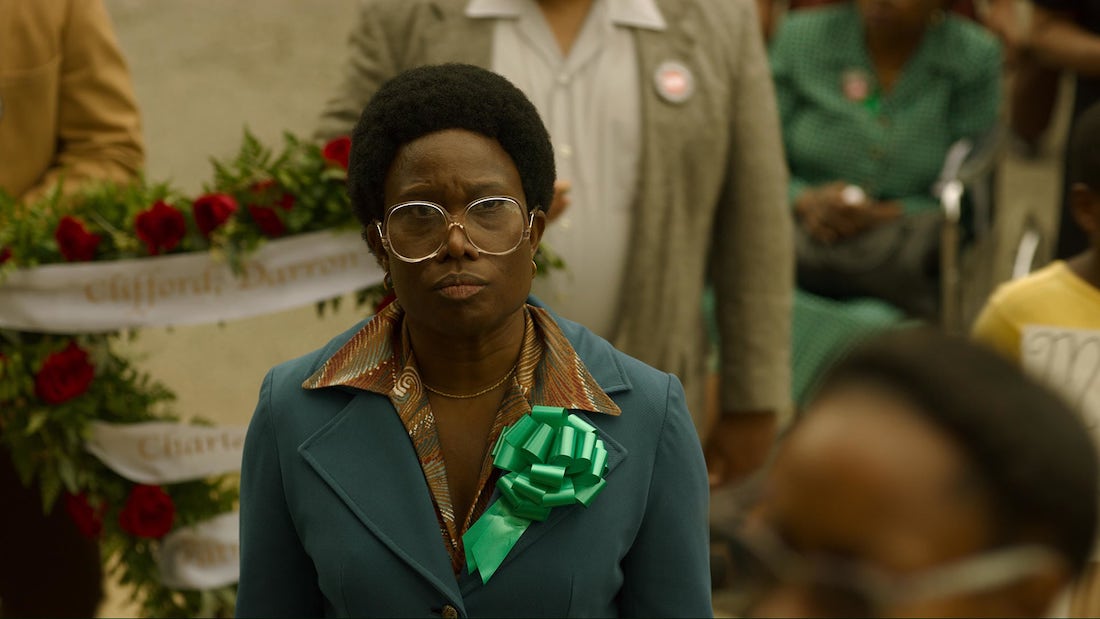 In many cases, more credit should go to the actors than to the scripts because we’re not allowed to spend time with anyone for long enough that more rounded portrayals can emerge. This superficiality was a problem with last season and, although there are attempts to address it this time, they don’t always work. For instance, it was difficult to care about a retirement party sequence, because we don’t have much investment in the peripheral characters. We haven’t been allowed to get to know them properly. And while an extended subplot about Tench’s adopted son and his involvement in a sickening local crime does allow a glimpse into the family tensions created by working for the Bureau, there’s also a whiff of convenience hanging around it.

More successful is season 2’s excellent dramatisation of the Atlanta child murder investigation, which is considerably longer than the brief excursions into live cases last season. There are some gripping scenes at a body-dump site and a nighttime stakeout; a terrific drawn-out sequence with cops following a suspect’s car through the streets; and some fascinating asides on the racial politics of the era. The black community, for example, is adamant the killer of all these black children must be a white member of the Ku Klux Klan.

Despite all these virtues, Mindhunter’s second season still feels flat. It may be a deliberate decision to present this catalogue of lurid crimes in such a passionless, procedural way, but Mindhunter seems to be pulling apart in two directions: the analytical and the emotional. 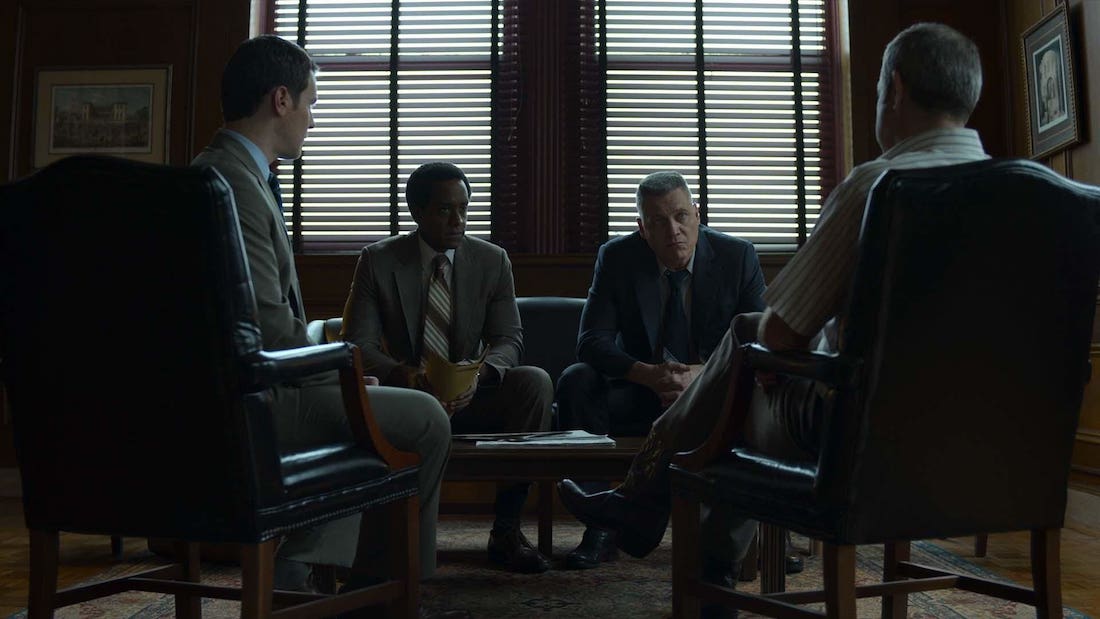 For example, the relentless colour-coding of so many scenes (e.g. blue-grey for the FBI, brown-green for Tench’s home) is anything but naturalistic. It creates a distance between the viewer and the action. But, at the same time, the interweaving of personal stories with professional ones suggests the writers are anxious for us to feel a connection to these characters. The music, similarly, is almost always exceptionally restrained and never histrionic, but the repetitive use of one particular spooky motif suggests it’s desperately trying to persuade us the show is much creepier than it actually is.

Mindhunter never manages to be as unnerving as David Fincher’s magnificent Zodiac (2007), which it’s clearly inspired by. Nor does it ever get as deep into the nitty-gritty of investigation as something like the Manhunt: Unabomber (2017) TV film, or for that matter the excellent books by real ‘mindhunter’ John Douglas himself. And it certainly doesn’t come close to involving us in the off-duty lives of its characters as it aspires to.

Still, it’s never boring. Some of the serial-killer cameos are genuinely haunting and the Atlanta investigation delivers all the depth, tension, and drama Mindhunter often lacks. It remains a frustrating series, alas, because it could be so much more.