Cath Hardacrre (Jodie Whittaker) is an overworked and underpaid ward sister in a Sheffield Hospital. She’s also mother to a young daughter with a useless ex (played by The Inbetweeners’ Blake Harrison), who’s fired from her job after whistleblowing hospital negligence to the press. But after Cath’s best friend and doctor Alison Sutton (Andrea Lowe) prepares to move to start a new life in New Zealand, she tells Cath to take whatever she wants from her house… so, Cath retrieves a folder containing Alison’s medical documents, and decides to assume a new identity as A&E doctor “Ali”.

It’s fortunate Broadchurch’s Whittaker is instantly likeable and warm in this role, making the implausible set up easier to swallow. 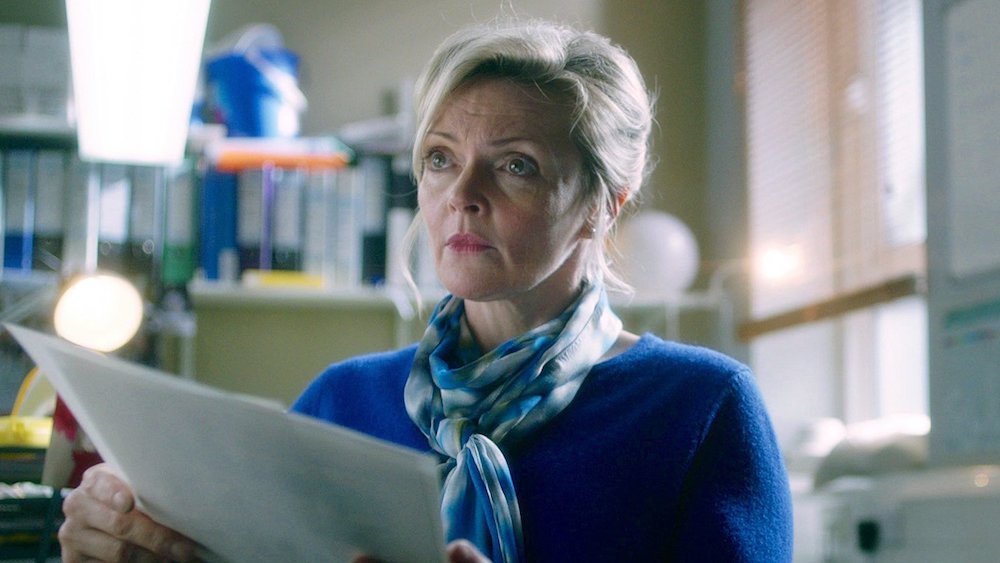 After a move to Edinburgh with her daughter, Cath walks straight into an A&E job (the NHS clearly don’t do thorough background checks) and starts work — learning in three months what takes most people a decade. This is one of the many times viewers are forced to suspend their disbelief. Written by practicing doctor Dan Sefton (The Good Karma Hospital), who claims it’s really not that difficult to fake being a doctor, Sefton also has writing credits on Casualty and Holby City, and Trust Me is about as nuanced as those soaps.

The moments where Cath deals with serious medical traumas are genuinely stressful to watch, played with sheer panic by Whittaker. The romance subplot with fellow doctor (Emun Elliott) is predictable, but manages to broaden the unbelievable plot. For someone who’s supposed to be in hiding, Cath spends an inordinate amount of time making friends and getting to know people. Her relationship with haphazard boss Dr. Brigitte Rayne (Inspector Linley’s Sharon Small) is the most realistic thing about this miniseries. As a viewer, the subtleties of performances are lost in the ongoing questioning: has nobody tried to add her on Faceboook, or Google her? How does she get paid exactly? 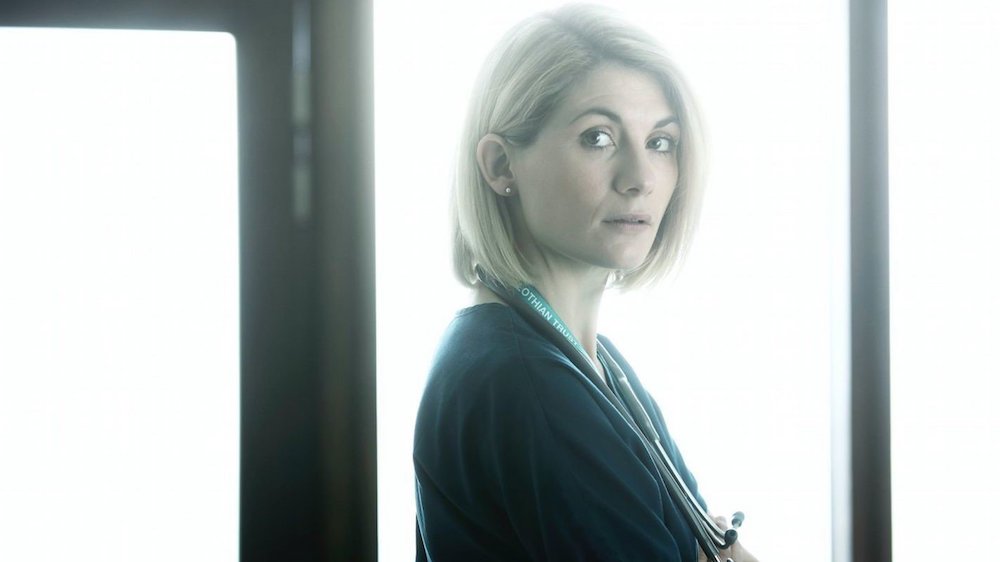 The biggest issue Trust Me suffers with is there’s no motive, no end goal. The stakes for Cath are rather low, even when she’s scouring the internet for information about how to save someone’s life. There are efforts to discourage thinking of Cath as a villain, with aspects of her past involving the early loss of a parent, a possibly abusive relationship, and a dying father. Cath’s lie is uncomfortably portrayed as being not that serious, because she’s better with her patients than her trained colleagues, while impressing others with her medical skills.

If you ignore Trust Me’s huge plausibility issues, you’re left with a serviceable medical drama, but not a psychological thriller as advertised. Without the switched identity gimmick the drama does a solid job showing the working of a struggling NHS, even if it lacks all subtlety. The first three episodes are well-paced, but the last episode falls very flat because no lessons are learned… so what was the point? Still, it’s evidence that Jodie Whittaker is going to make a terrific addition to Doctor Who.

Studies of the effect of the drug on the ability to drive vehicles and work with mechanisms have not been carried out. Since during clinical studies of sildenafil dizziness and visual impairment were observed, patients should know the reaction of their organisms to taking https://sildenafilhealth.com before driving vehicles or working with mechanisms.