Breathing new life into the Ealing comedy tradition, it’s John Cleese and director Charles Crichto’s modern classic A Fish Called Wanda. With a raft of top-class comedic performances and snappy dialogue courtesy of Cleese’s own screenplay, Wanda is back on Blu-ray— exclusively restored from the original negatives by Arrow Films.

In case you don’t know, the film concerns four crooks who pull off a jewellery heist, but proceed to done double-cross each other in an effort to keep the loot for themselves. All while trying to avoid being caught by the police. Strait-laced barrister Archie Leach (John Cleese) gets entangled in this scheme when London gangster George Thomason (Tom Georgeson) is arrested, becoming a key part of a farce that escalates, Fawlty Towers-style, to silly extremes. Most notably, Archie’s seduced by the gang’s femme fatale Wanda (Jamie Lee Curtis), which puts him at odds with her jealous anglophobe boyfriend Otto (Kevin Kline) and stammering animal lover Ken (Michael Palin). 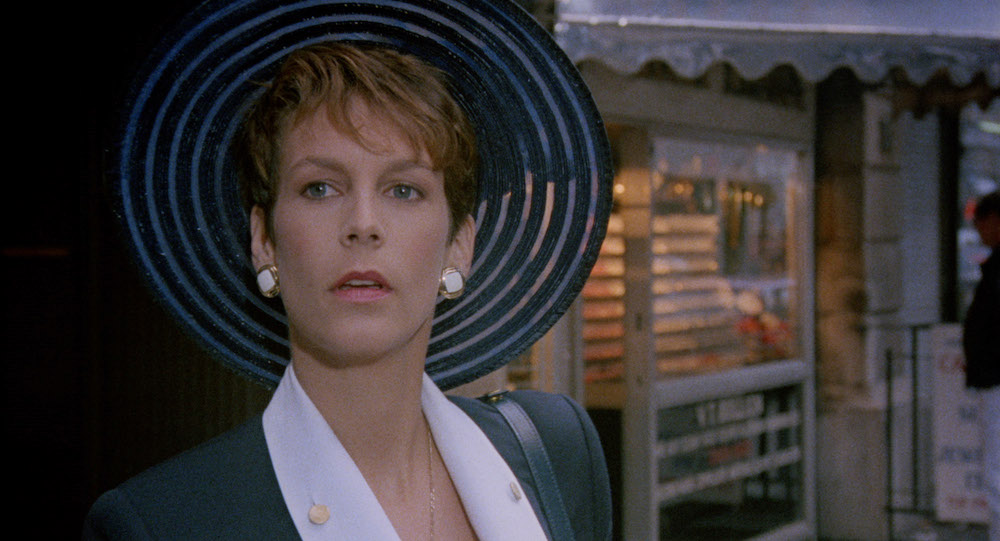 A Fish Called Wanda’s Ealing comedy feel is no surprise, with Lavender Hill Mob writer-director Crichton and Cleese’s adoration of the genre being very clear. The plot is fast and crazy, containing plenty of quick-witted jokes, with a style of humour that’s surprisingly dark (sometimes bordering on cruel) but wonderfully crafted with a great cast who are fully committed to the whole affair.

With this new 4K remastering we get to enjoy the madcap antics in high definition. Seeing the work that went into every set is especially welcome, allowing you to notice tiny background details you probably never noticed before. It also comes with a huge array of special features to keep fans entertained long after the film’s over: notably a fantastic film commentary by Cleese that’s packed full of jokes and his trademark dry wit. There’s also a special ‘trivia track’ which allows you to not only listen to Cleese’s commentary but watch an array of fun facts pop-up on-screen. 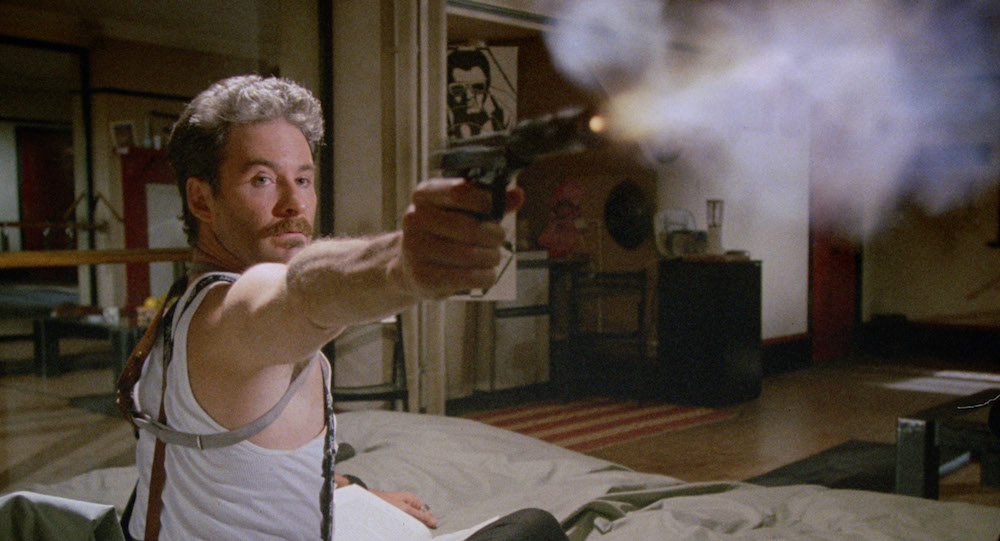 The featurettes are also very good value. Jon Cleese’s Final Farewell Performance is a 1988 ‘Making Of’ featuring cast interviews and behind-the scenes footage, as well as an interview with Cleese discussing his feelings about working in comedy and how he writes and structures his scripts. It’s eloquent and enlightening, much like Cleese himself. There’s also Something Fishy, the movie’s 15th-anniversary retrospective where the cast looked back at the film. If you have an interest in Crichton this is one to watch, as the cast speak candidly about the director and what it was like to work with him.

As always on an Arrow release there’s a short video appreciation, this time from Vic Pratt of the BFI National Archive. These are always a strong selling point with Arrow’s excellent discs, especially for those who want to look at the film in more depth, and this one outlines the comparisons between Wanda and the old Ealing comedies, together with their reception overseas.

There’s also an interview with the film’s production designer, which looks at some of the most iconic scenes of the film and the effects they used. If you want to know why the sets were built the way they were this is a valuable watch, as nothing in Wanda was an accident. 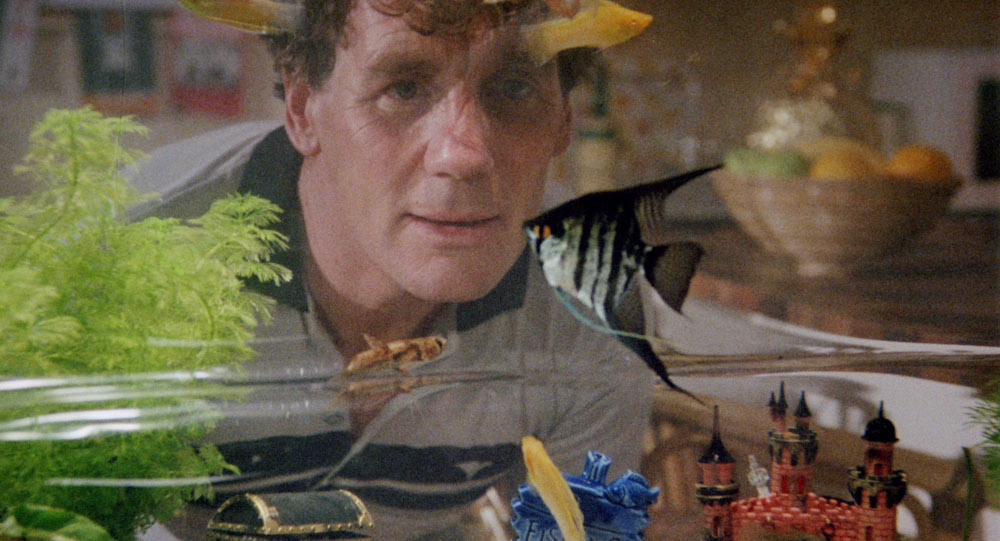 The Casting Session for Wanda the Fish is another short and funny feature that’s literally about casting the titular fish, with some surprise information. Finishing up these shorter extras is the original film introduction by John Cleese that was used on it’s initial cinema release, which is as strange as one might expect.

By far the best feature on this release are the 24 deleted or alternative scenes, taken from a video copy of the original cut. Each is introduced by Cleese, who explain why it was excised or changed before final release, which gives you insight into how Wanda took shape. This includes the longer alternative ending that was shortened after test screenings. The visual quality of the scenes is nowhere near as good as the restoration of the film, alas, but they’re so fascinating and entertaining to be worth a watch on their own. It’s a great look at how different the film could have been.

All in all, A Fish Called Wanda is still the hilarious madcap heist comedy it was in ’88. It’s always been a fun watch thanks to the fantastic writing and performances, which are how it’s withstood the test of time while other ’80s comedies have fallen out of favour. It’s been almost 30 years since it’s release but still feels as fresh as ever. This new release has added so much value in the way of special features that honestly it’s worth re-buying for those alone, and to get the crisp new picture quality. 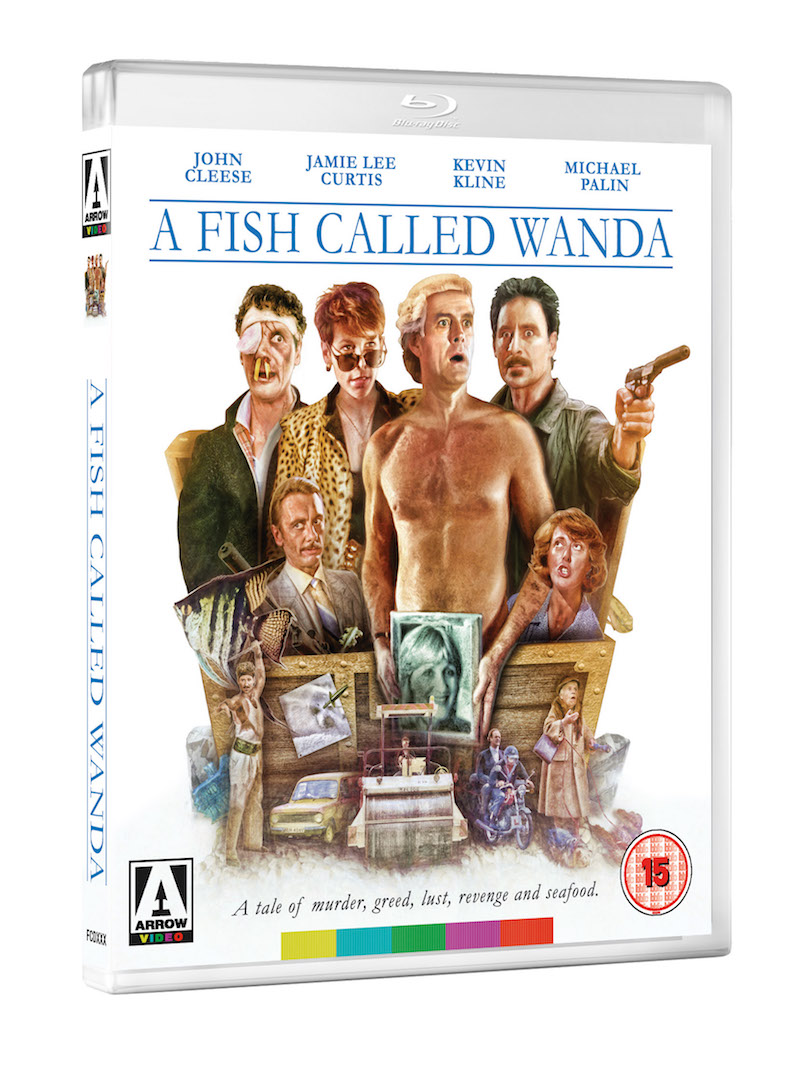