Whisper it quietly but this week’s episode of Vinyl was a lot less portentous and a lot more fun. Admittedly, much of that fun came from watching Richie (Bobby Cannavale) get called out by first Devon (Olivia Wilde) and then Lester (Ato Essandoh), in addition to getting visited by the police and drenched by the sprinkler system in his office. And herein lies the show’s greatest problem: Bobby Cannavale’s performance is impeccable but Richie really is such a horrible, selfish louse of a man that I am basically rooting for his downfall—and I’m not convinced that’s how co-creator Terence Winter wants us to react.

Sure, Richie’s supposed to be an anti-hero, but is he also supposed to be such an insufferable prick? We’re five hours into this HBO series and I’m struggling to find a single aspect of his personality that’s worth celebrating. On the plus side, given that these four episodes have coincided with Richie falling off the bandwagon and going on a massive coke bender, it’s at least realistic: show me a man who’s spent the last 48-hours snorting white powder up his nostrils and I’ll show you the biggest bore in the room.

I Am Woman Hear Me Roar

Richie might be flailing, but at least Devon is moving increasingly centre stage. She began the episode sardonically undermining her husband from the sidelines—I laughed a lot at ‘Little Richie’—and ended it trying to smash the windows of her perfect Greenwich mansion with a tennis racket. Richie may be snorting his way out of their marriage but this was clearly once a partnership of equals, and it was refreshing to see a scorned wife who was angry rather than simply let down. When she remarked “I don’t want to see him getting better I want him to feel worse” it rang bitterly true. Devon isn’t interested in saving face, she’s furious and, oddly, it’s that anger that might yet keep her marriage alive. That said, I can’t help feeling that if she were to fall fully off the wagon it would be a far more entertaining experience than her husband’s increasingly sweaty implosion. 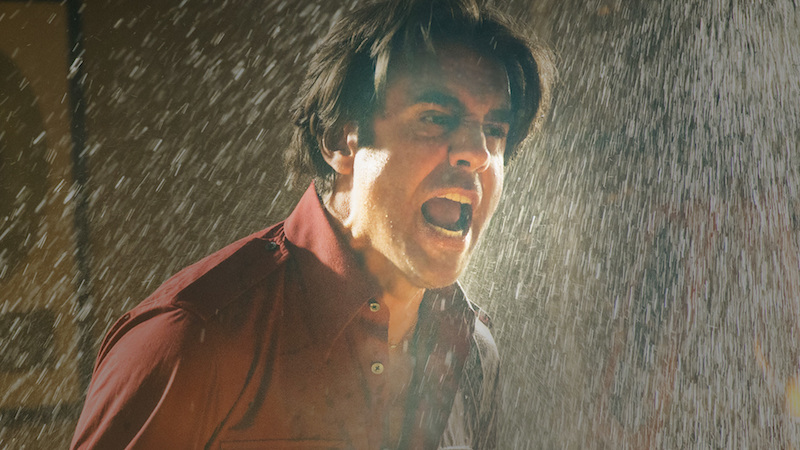 You’ve Got A Friend

It’s not just his wife who is feeling neglected by Richie’s slide into oblivion: Ray Romano’s performance as Richie’s right hand man Zak Yankovich is one of the best things about Vinyl and I felt increasing sympathy towards him this week, as Richie ordered him from the office, offloaded troublesome clients on him, and generally treated him like a dogsbody. We already know that Zak had bet the house on the sale to Parlophone going through—trading up to a bigger house in the ‘burbs—but his struggle to maintain the lavish lifestyle he thought he was going to have is increasingly compelling to watch. As he grew more and more disgruntled it was hard to escape the feeling that his offhand treatment is going to come back and bite Richie further down the line.

Still, at least one person enjoyed the episode, as Lester Grimes got a bit of sweet, sweet revenge on his erstwhile friend, signing on as the Nasty Bits manager, teaching them a few home truths about the music industry, and then turning up to play hardball over their contract with Richie. As an added bonus he also slipped in a small spot of arson, burning his original songs and setting fire to Richie’s office under the process. Go Lester, may you continue to make American Century dance to your tune. 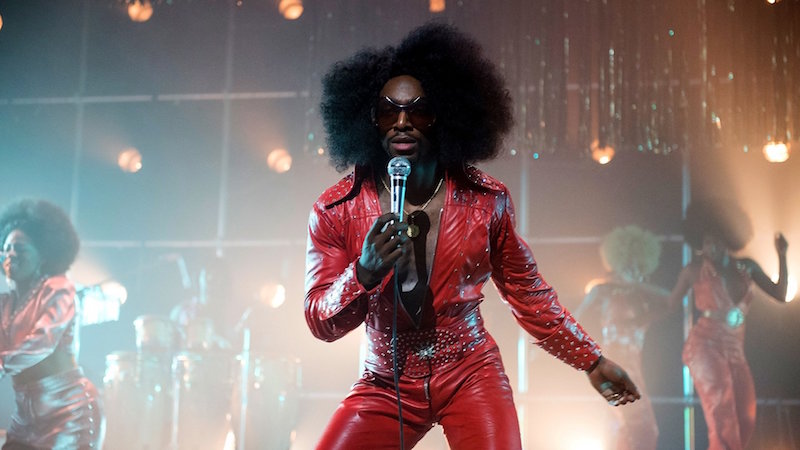 Pop Cultural Reference of the Week:

Richie, that’s no way to talk of one of the greatest singers of all time!

Quite a lot to choose from this week, but as I’m a sucker for a bit of Janis Joplin, so let’s give it to “Cry Baby“.

He’s ruining my life. I’m not hitting the fucking couch with a tennis racket.

You tell them, Devon! Windows are far more satisfying receptacles for rage.

So what did you think? Was this episode better or worse? Do you care about Richie’s travails or is it easier to hope for his downfall? Can you muster any excitement about the payola scandal or does your heart, like mine, belong to Lester Grimes? As ever all speculation welcome below…