It can’t be overstated that BoJack Horseman is one of the best television shows currently airing, animated or otherwise. Netflix’s comedy about a washed-up actor (who just so happens to also be a horse) is something truly special and unique, and continues to prove so in a fourth season that’s perhaps its strongest to date.

If you’re unfamiliar with the show, it’s set in a world much like our own, only filled with anthropomorphic animals. It tells the tale of an actor who used to star in a hit 1990s sitcom, but has since struggled to reclaim his popularity and regain old glories. BoJack Horseman (Will Arnett) is a melancholic figure, and the portrayal of the character is often heartbreaking in the frankness with which it looks at his spiral of depression and self-loathing. The show’s supporting cast is made up of BoJack’s friends and family, including his agent and other former colleagues.

In season 3, BoJack delivered some of its darkest moments, both for the main character and for the series as a whole. It ended with BoJack leaving behind his home and his life in Hollywoo (renamed after the ‘D’ was removed from the Hollywood sign) after the shocking drug overdose and death of former co-star Sarah Lynn (Kristen Schaal). This is, by some stretch, the bleakest the show has ever been. 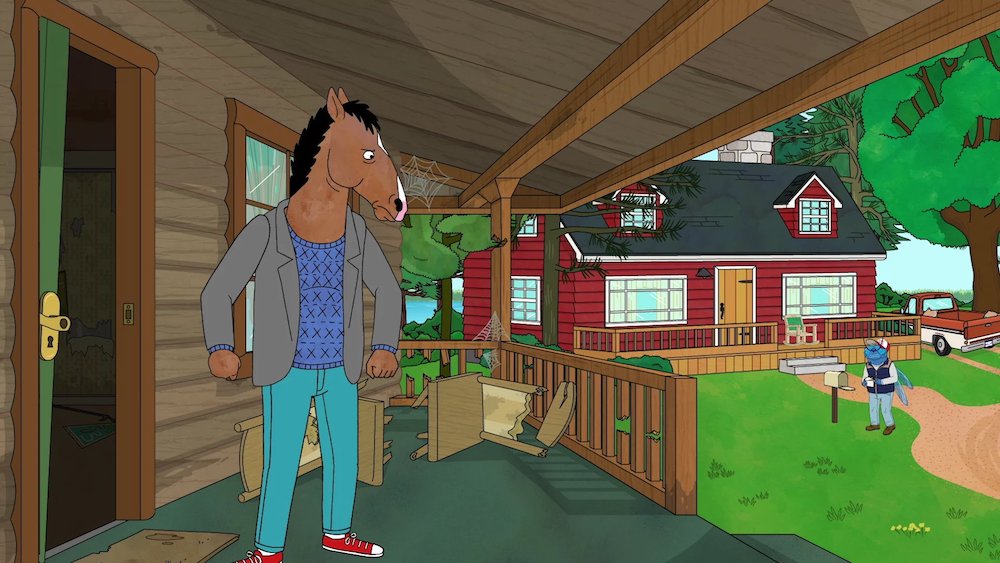 Creator Raphael Bob-Waksberg knows BoJack can’t end every season on a downer, but the show isn’t suddenly going to be sunshine and rainbows. BoJack has accepted truths about his self-destructive nature, although addressing them is easier said than done. Season 4 shows that recovery and growth aren’t straightforward, but that even BoJack can still learn and change. The show remains a masterful balance of tragedy and comedy, and that is as evident as ever this year.

After an excellent premiere focused on the supporting characters, season 4 brings BoJack back to his life, but with new challenges. The most surprising of those is the arrival of his estranged biological daughter, Hollyhock (Aparna Nancherla), and how he’s taken on the responsibility of not only helping her find her mother, but also caring for his own mother Beatrice (Wendie Malick) as her dementia worsens. These scenarios put BoJack under pressure and allow the show to display new sides of his personality, but without papering over his flaws or downplaying his depression. BoJack can’t magically fix things, but the big difference this season is that he’s prepared to try. 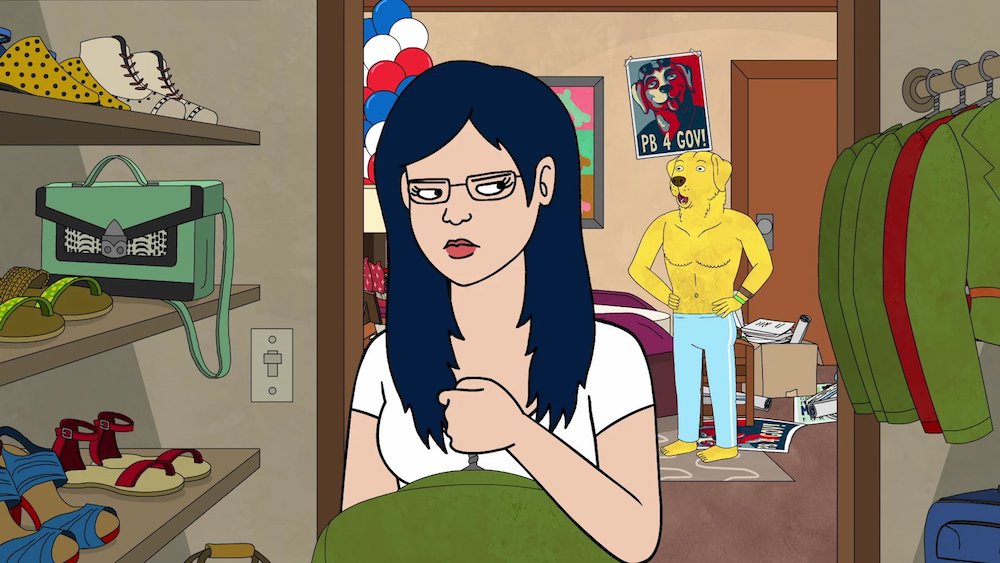 This is a great season for the supporting characters of BoJack, too. The show trusts that we know these characters as three-dimensional people now, and it takes advantage of the ability to tell deeper and more affecting stories. Watching Princess Carolyn (Amy Sedaris) deal with the difficulties of her own independence, and the challenge of “having it all”, leads to some of the most honest and heartbreaking material the show has given us.

Meanwhile, charismatic Mr. Peanutbutter (Paul F. Tompkins) ends up running for political office, which he doesn’t even want, based solely on how much he realises that people like him. Diane (Alison Brie) feels stuck, not only in her job, but in her marriage to Mr. Peanutbutter, too. And the story of BoJack’s former roommate Todd Chavez (Aaron Paul) is one of self-discovery and a search for identity in which the show is unafraid to talk frankly about the character’s asexuality. 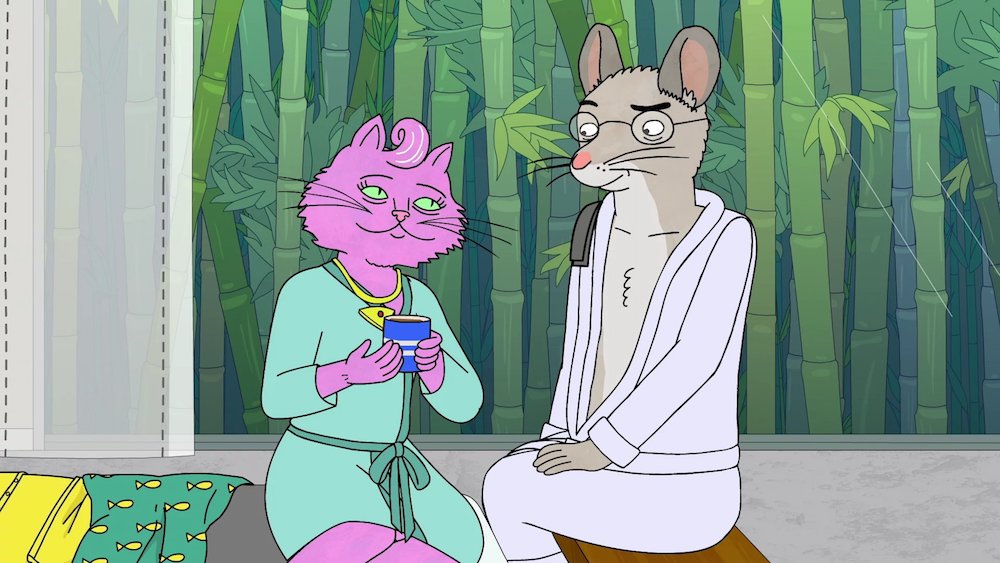 BoJack Horseman is as sharply witty and hilarious as it has ever been. Jokes are cleverly woven into every corner of the comedy, so you almost certainly won’t catch every single one the first time through. The balance of what this comedy delivers is one of the things that makes it so impressive. On the one hand, it’s a brutally honest examination of difficult friendships, relationships, and challenges in life… and, on the other, it’s among the most fantastically funny sitcoms. The political satire is still spot-on, the puns are on incredible form, and the dialogue and interplay only seems to get better.

Every season always has some comedic subplot or other to balance out the serious turmoil going on in some of the characters’ lives, and much of that here can be seen in the race for governor between Mr. Peanutbutter and Woodchuck Coodchuck-Berkowitz (Andre Braugher). The whole thing is a wacky side story that delivers some of the season’s best laughs, and many of its best voice cameos. Like any season of BoJack, this one is packed full of amusing celebrity guest appearances, including the likes of Felicity Huffman, Vincent D’Onofrio, Zach Braff, Paul Giamatti, RuPaul and Jessica Biel. 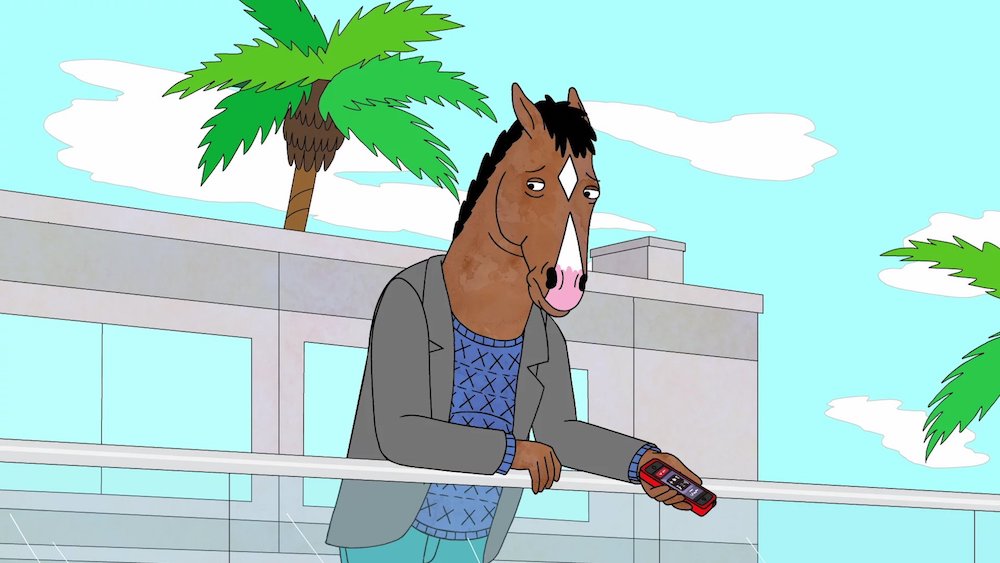 There’s real inventiveness here, too, although perhaps not quite on the same level as season 3’s sensational underwater episode. One of the most powerful instalments is told from the perspective of a distant relative of Princess Carolyn’s, from the future, and it builds to a gut punch of an ending. Similarly, the way that the show plays with time is evident in the exploration of Beatrice’s dementia and the flashbacks to her troubled childhood. BoJack is interested in how the past impacts the present and the future, and it’s in moments like this that comparing the show to the emotional complexity of Mad Men feels so apt.

It’s a shame that BoJack Horseman can often feel like such a difficult series to recommend. People hear that it’s about a cartoon talking horse and tune out, never realising it’s also one of the most human dramas TV has to offer. BoJack cares about building moving character stories, in a way that too few other shows seem to, and this season proves it’s equally as invested in showing us these characters trying to become better people.